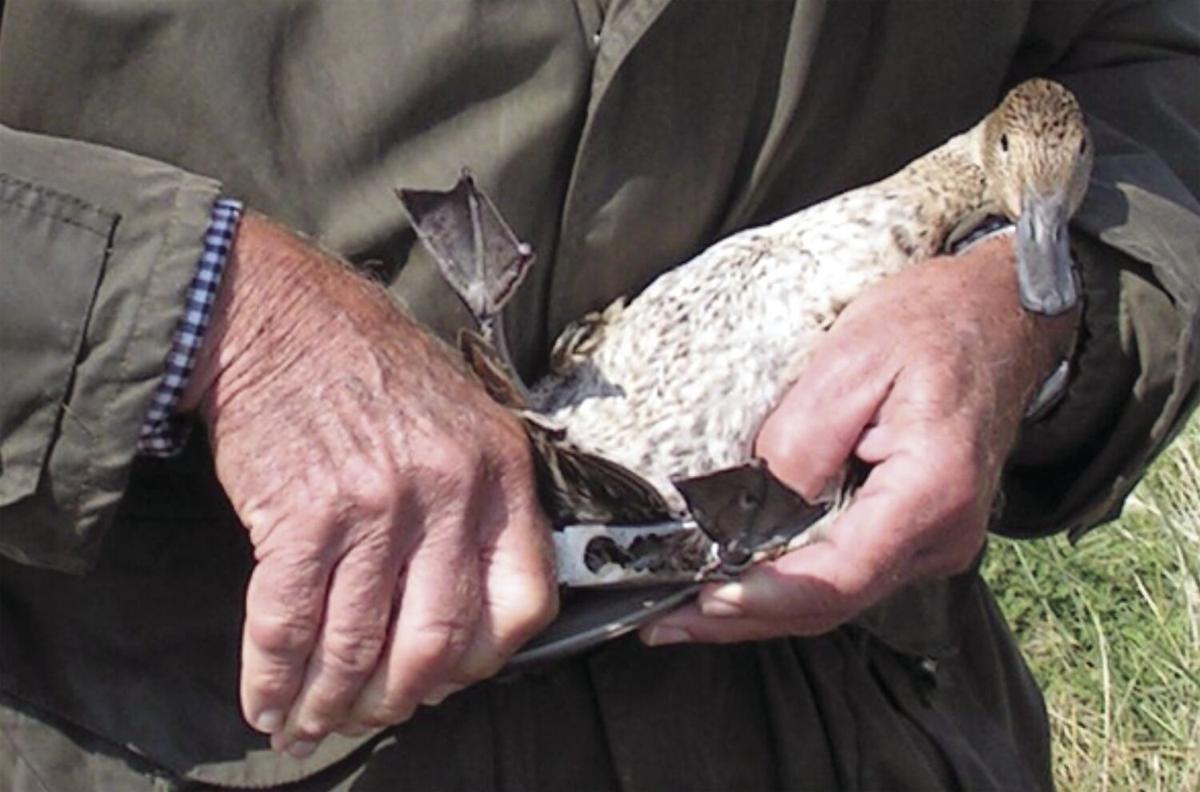 This year, a total of 1,250 ducks were banded in New Hampshire before the hunting seasons began – the highest total banded in the 32 years of the program. (FISH AND GAME PHOTO) 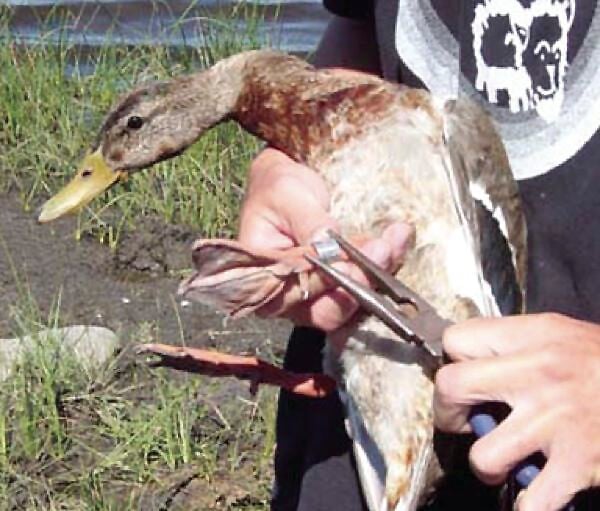 State Fish and Game wildlife biologists have completed the annual effort to attach hundreds of metal bands to ducks throughout the state. (FISH AND GAME PHOTO)

This year, a total of 1,250 ducks were banded in New Hampshire before the hunting seasons began – the highest total banded in the 32 years of the program. (FISH AND GAME PHOTO)

State Fish and Game wildlife biologists have completed the annual effort to attach hundreds of metal bands to ducks throughout the state. (FISH AND GAME PHOTO)

CONCORD — State Fish and Game wildlife biologists have completed the annual effort to attach hundreds of metal bands to ducks throughout the state. The pre-season banding effort is conducted in U.S. states and Canadian provinces throughout the Atlantic Flyway in August and September. This huge undertaking provides survival-rate data that are used in combination with breeding-plot data and HIP (National Migratory Bird Harvest Information Program) survey data for the model used to determine annual season regulations in the spring.

Each metal band has a unique sequence of numbers, and biologists record the species, age, and sex of each duck before it is released. At the end of the season, all the data are submitted to the Bird Banding Lab at the Patuxent Wildlife Research Center in Laurel, Maryland.

When a hunter harvests a duck with a metal band, or a wildlife viewer reads the band through a spotting scope, they are asked to report the information to a website provided on the band (reportband.gov). It takes just a few minutes to report the encounter. You may see a phone number inscribed on the band also, but the call center supporting the toll-free phone number has been discontinued. Please report band recoveries online at reportband.gov or by sending your information to: Bird Banding Lab, 12100 Beach Forest Road, Laurel, MD 20708.

“Please take the time to report your bands,” urges Wildlife Biologist Jessica Carloni, the state Fish and Game Department’s Waterfowl Biologist. “A substantial amount of effort went into putting these markers on, and these band reports provide important management data. It’s also very interesting to learn how old the duck is and where it was banded.”

This year, a total of 1,250 ducks were banded in New Hampshire before the hunting seasons began — the highest total banded in the 32 years of the program. They included: 838 mallards, 367 wood ducks, 26 blue-winged teal, 17 black ducks, one northern pintail and one mallard/black duck hybrid. As a result of 32 consecutive years of pre-season duck banding, 13,944 ducks have now been banded in New Hampshire.

Banding ducks is not a simple undertaking. Biologists invest a considerable amount of time in putting out bait to attract ducks to locations best suited for banding. Numerous capture techniques exist for catching ducks; the two most widely used in New Hampshire are bait traps and rocket nets. Bait traps are simple enclosures with a closing-door mechanism to trap ducks. Rocket nets are very effective at catching large groups of birds.

Three rockets are attached to a large net. When the ducks are close enough, biologists trigger a detonator which fires the rockets, propelling the net into the air, catching the ducks unharmed underneath. Bait traps accounted for 66 percent of the ducks banded this year and rocket nets for 34 percent of captures.

“We are extremely grateful to private landowners for allowing us access to their property to band ducks,” said Carloni. “Their support makes the collection of this valuable information possible.”

Waterfowl management is funded by Wildlife Restoration Grants administered by the US Fish and Wildlife Services, Wildlife and Sport Fish Restoration Program: Partnering to fund conservation and connect people with nature. To learn more visit tinyurl.com/y9ct7s8u.