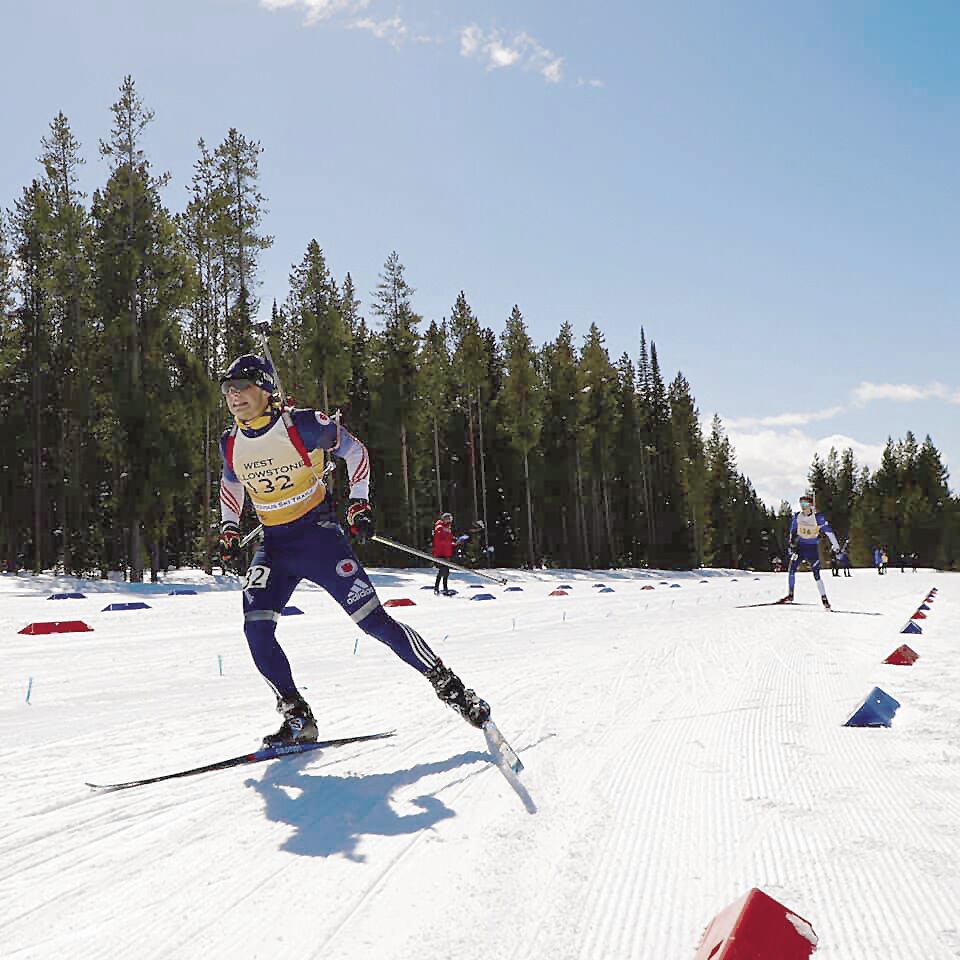 Theo Castonguay of Jackson had a strong showing in his first year at the U.S. Biathlon Championships in Montana. (LYNNE CASTONGUAY PHOTO) 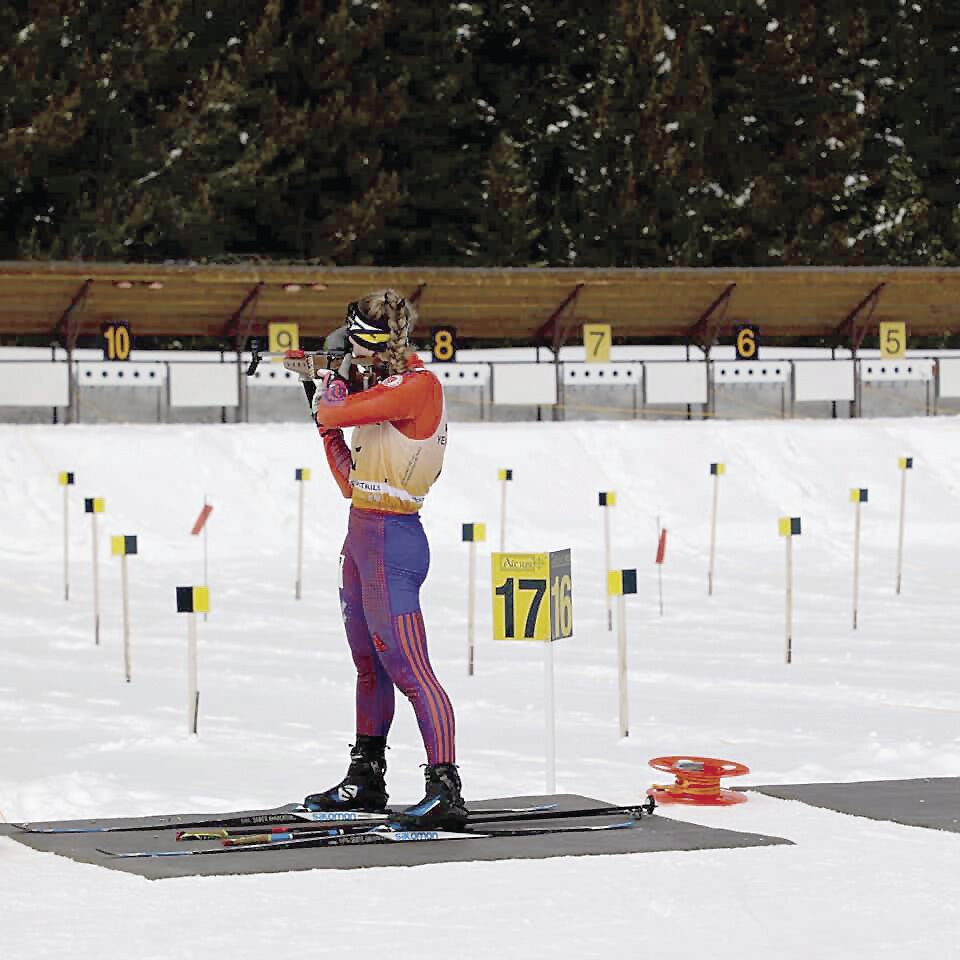 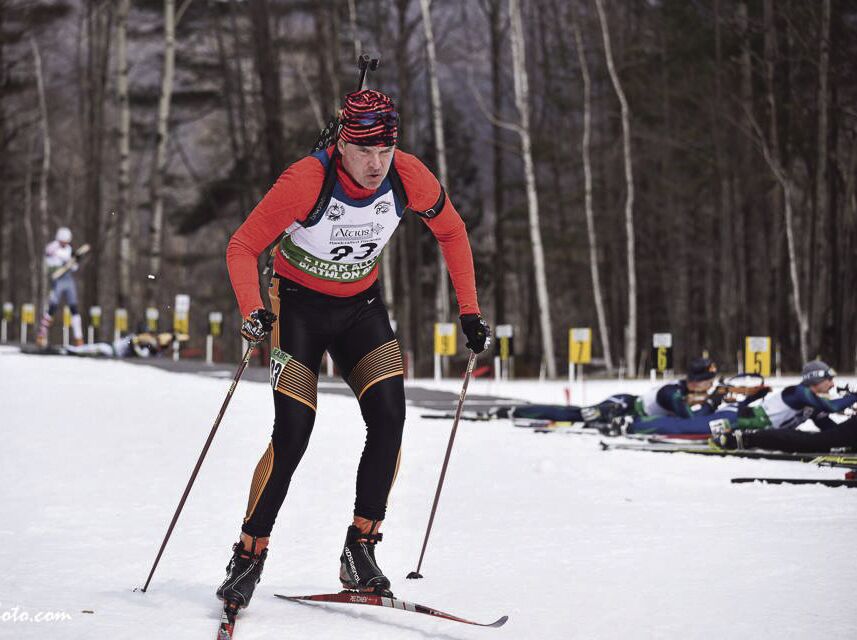 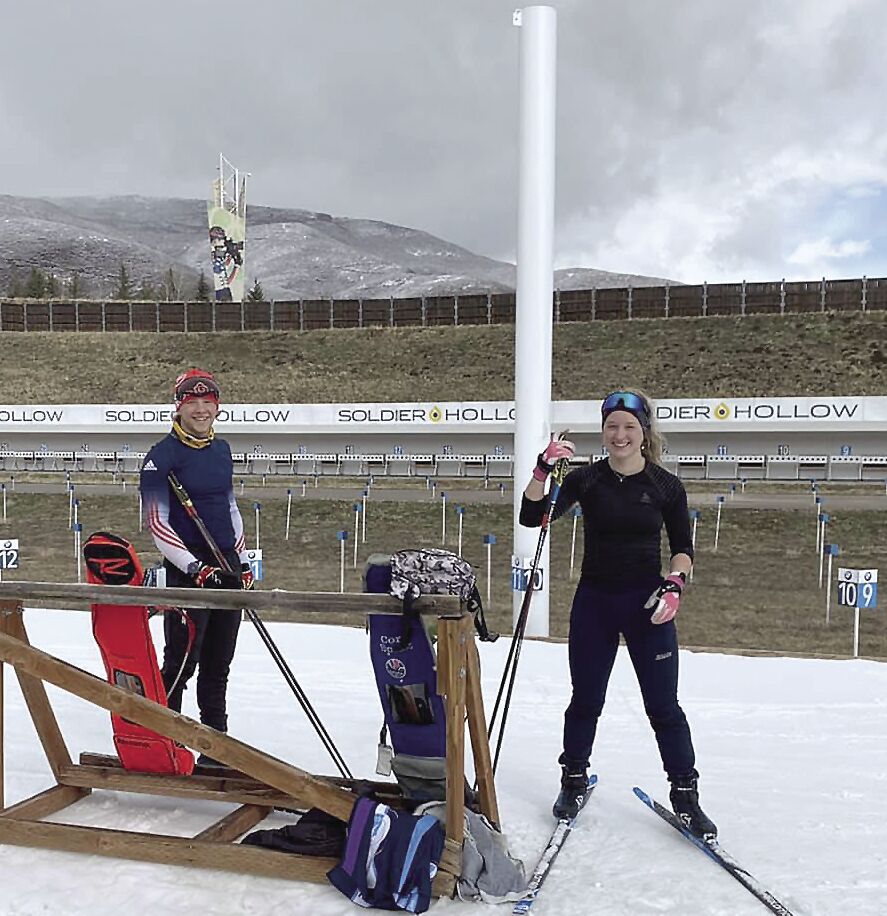 Theo (left) and Grace Castonguay of Jackson had a strong showings at the U.S. Biathlon Championships in Montana. The siblings were able to train prior to the championships at famed Soldier Hollow in Utah. (LYNNE CASTONGUAY PHOTO)

Theo Castonguay of Jackson had a strong showing in his first year at the U.S. Biathlon Championships in Montana. (LYNNE CASTONGUAY PHOTO)

Theo (left) and Grace Castonguay of Jackson had a strong showings at the U.S. Biathlon Championships in Montana. The siblings were able to train prior to the championships at famed Soldier Hollow in Utah. (LYNNE CASTONGUAY PHOTO)

JACKSON — The Mount Washington Valley was well represented at the 2021 Biathlon National Championships in West Yellowstone, Montana from March 25-28. Grace and Theo Castonguay along with Eli Walker competed in the championships, while Lynne and Ted Castonguay, coaches of Thorne Mtn. Nordic and Biathlon, based out of Jackson, also made the trek west.

"They both did really well, that was only Grace’s second biathlon race weekend ever and Theo was the youngest in the age group (he aged up) and still bested people who competed at youth and junior worlds (as did Grace!)," Coach Lynne Castonguay shared. "Altitude certainly was a big factor for our New Englanders. Our friends from Maine biathlon were challenged by this as well. Eli had an awesome weekend!"

The championships, which were canceled last year due to the COVID-19 pandemic, were able to be held this year under strict protocols which included daily testing and surveys for each of the 144 competitors from Maine to Alaska.

“The 2021 National Championships will be remembered for being extremely successful in difficult times,” U.S. Biathlon reported on its website.

Walker, who lives in Intervale, along with Grace and Theo Castonguay, who live in Jackson, competed in the sprint, pursuit and super sprint races over the three days of competition.

In biathlon, which combines the skills of cross-country skiing and marksmanship, competitors try to hit five targets from the prone position which are 1.8-inch in diameter targets 50 meters (164 feet) away, and then shoot from a standing position at targets which are 4.5 inches in size, and also 50 meters away.

Walker, who works at Great Glen Trails and represented Great Glen Trails and Saratoga Biathlon, also competed in the 2019 Nationals. In the March 26 sprint race, Walker was fifth out of 14 athletes in the men’s veterans class, finishing in 31:03. He has three misses in the prone shooting round and just one from the standing position.

Competing in the junior women's class, Grace Castonguay, a 2020 Kennett High graduate, finished fifth out of eight competitors in 29:17 with one miss from the prone position and three while standing.

The class was won by Ariana Woods of Crosscut Mountain Sports Center in 25:21 (one miss in both prone and standing). Sarah Beaulieu of ASC/Sugar Bowl Ski Team was second in 25:36 (two misses in prone, perfect from standing).

Theo Castonguay, 16, a junior at Kennett High, who will graduate this spring, finished 12th out of 20 in the youth men class in 27:44 with three misses in both prone and standing.

Wes Campbell of SoHo/PCSS won the class in 22:42 (one miss in prone and three standing). Van Ledger of NYSEF was second in 22:52 (perfect in prone, one miss standing).

On March 27 in the pursuit, Walker had a dynamite day, finishing second overall and coming oh-so-close to winning the men’s veterans class, finishing second overall out of 15 racers in 44:28. In this race, competitors had four rounds of shooting — two prone and two standing. Walker missed two shots on the first round of prone but was a perfect 5-5 on his second. He had three misses on his first round of standing and two on his second.

Woods won the class in 36:47 with one miss on her first and second round of prone and two misses in her of first round standing and one in the second.

Campbell won the class in 32:40 with two misses in each of the four stations.

On March 28, the championships wrapped up with the super sprint event. Walker was third out of 13 in his class in 29:27 with one miss on his first round of prone, two on his second and three on both of his standing rounds.

Woods won the class in 22:10 with two misses on her first and zero on her round of prone and two misses in each of her standing rounds.

Coach Castonguay said Grace and Theo will train at Soldier Hollow through the Olympic Legacy program for two months this summer with coach Zach Hall.