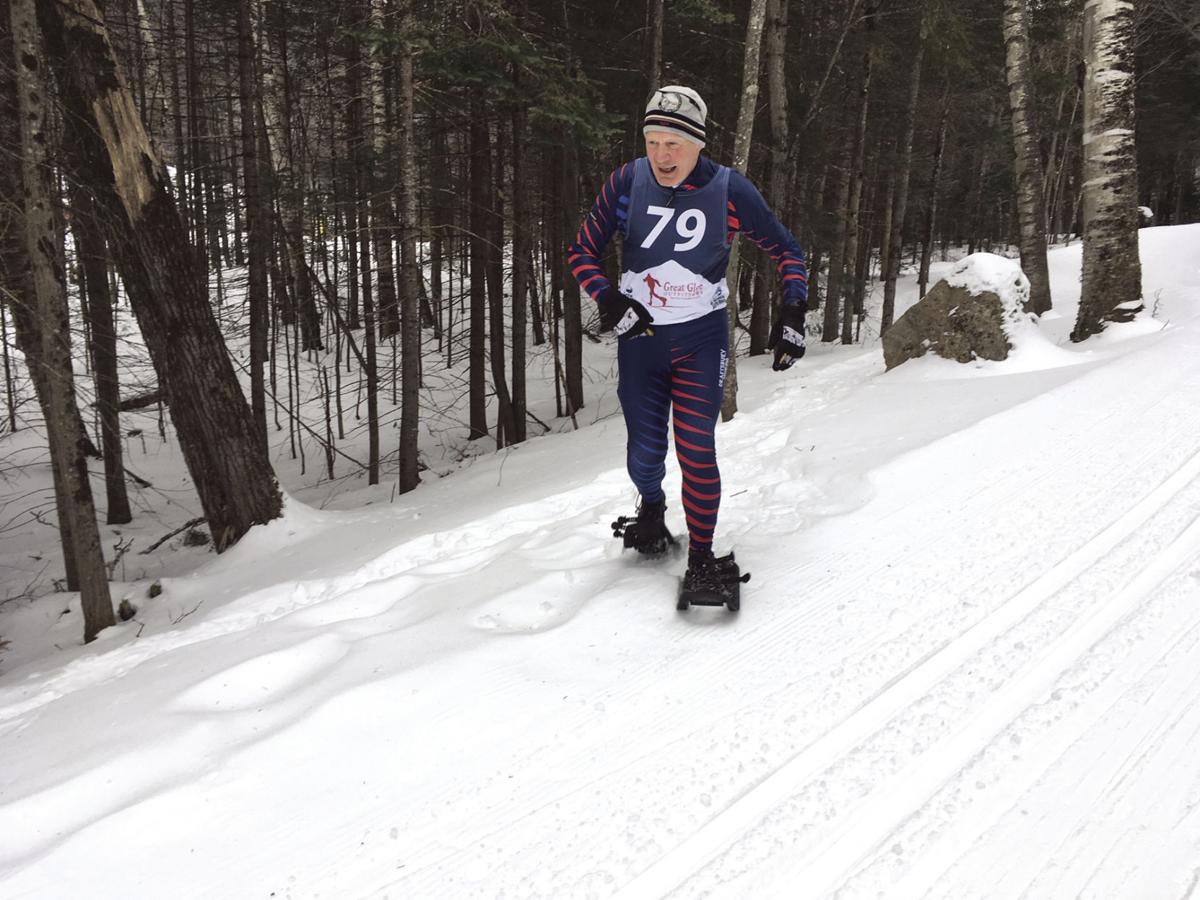 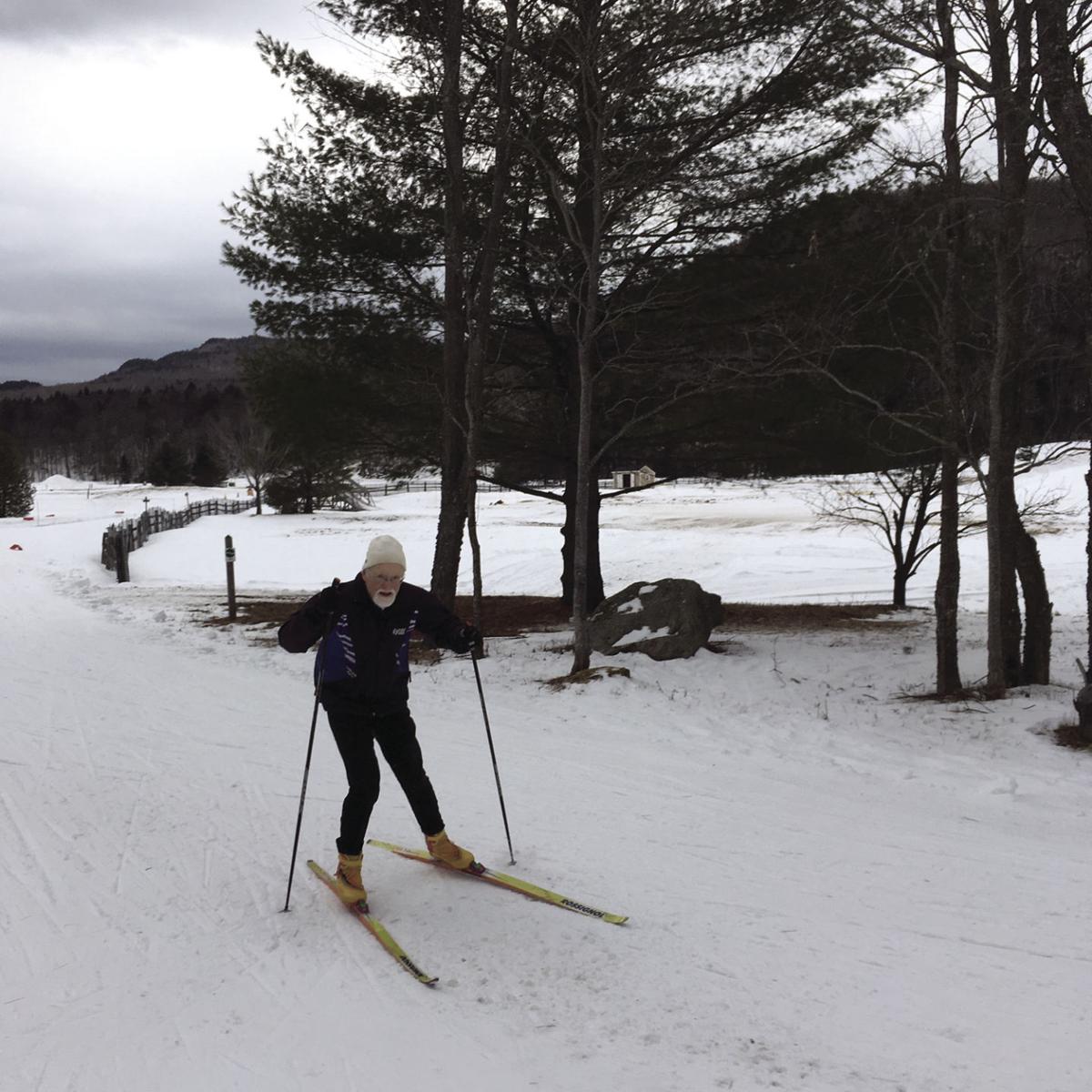 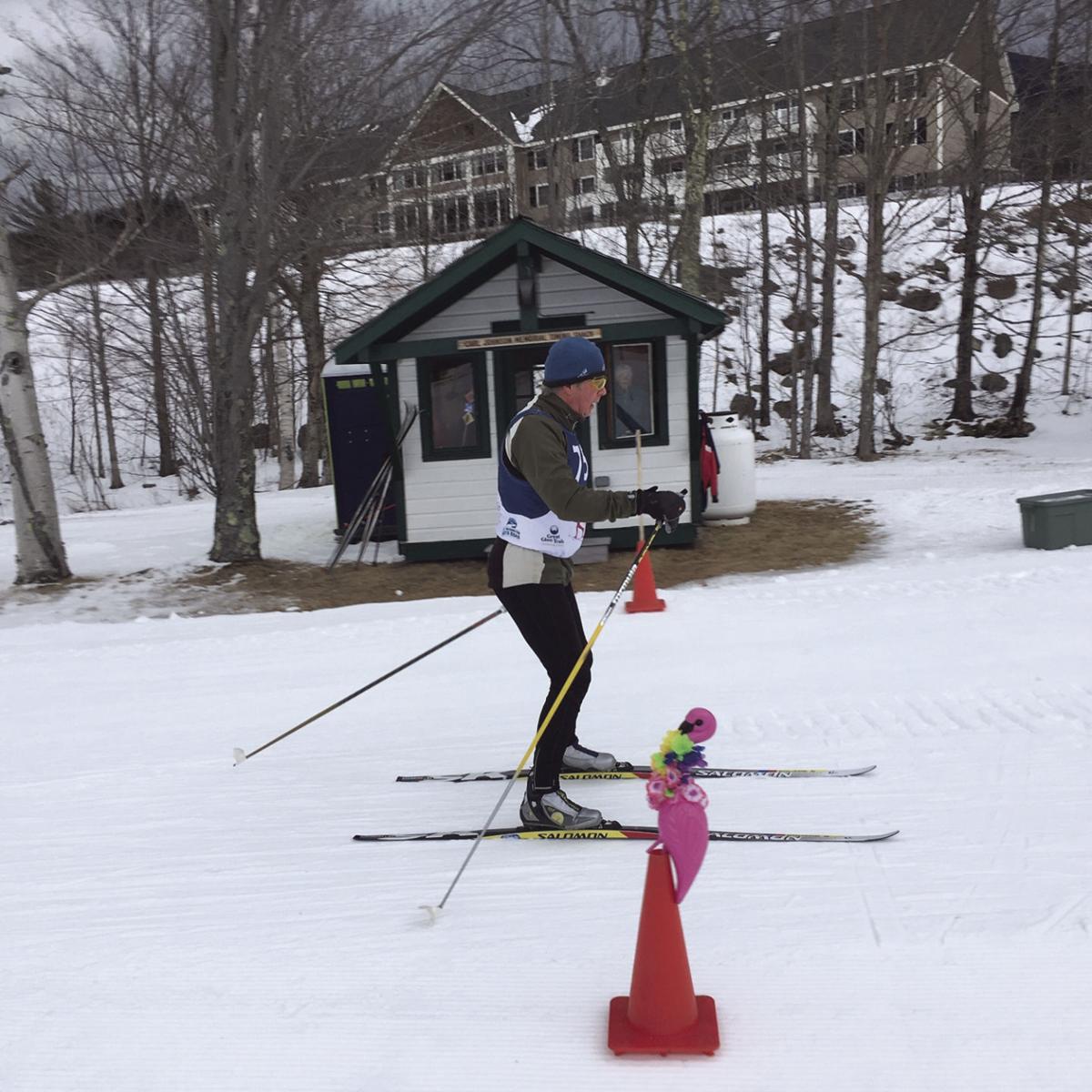 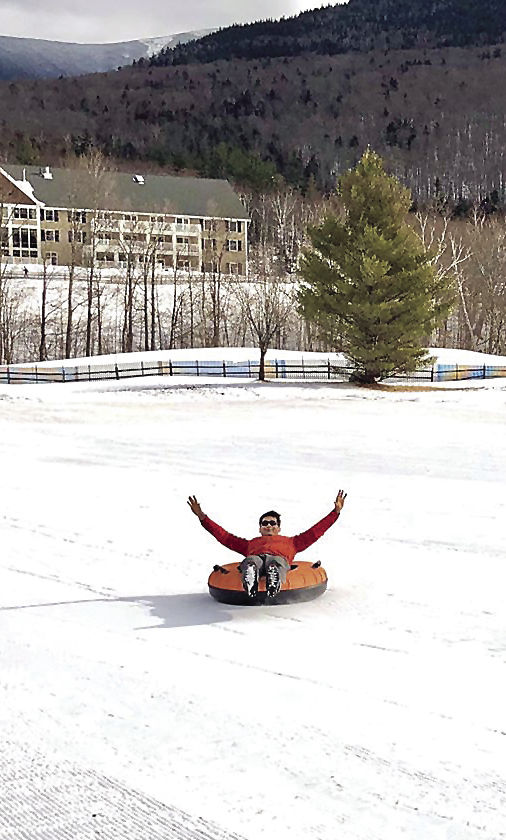 Snow tubing is another way to have fun at Great Glen Trails.(COURTESY PHOTO) 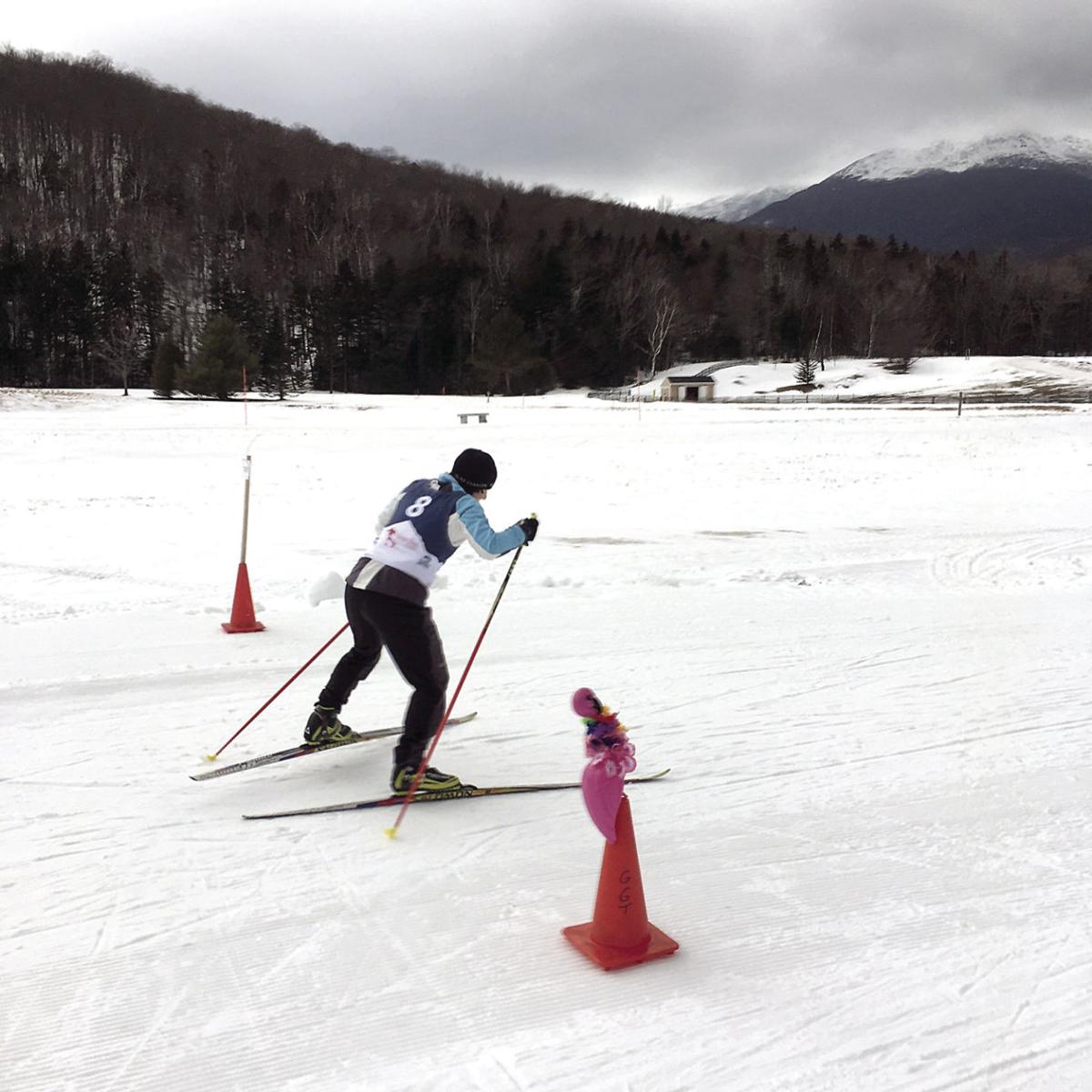 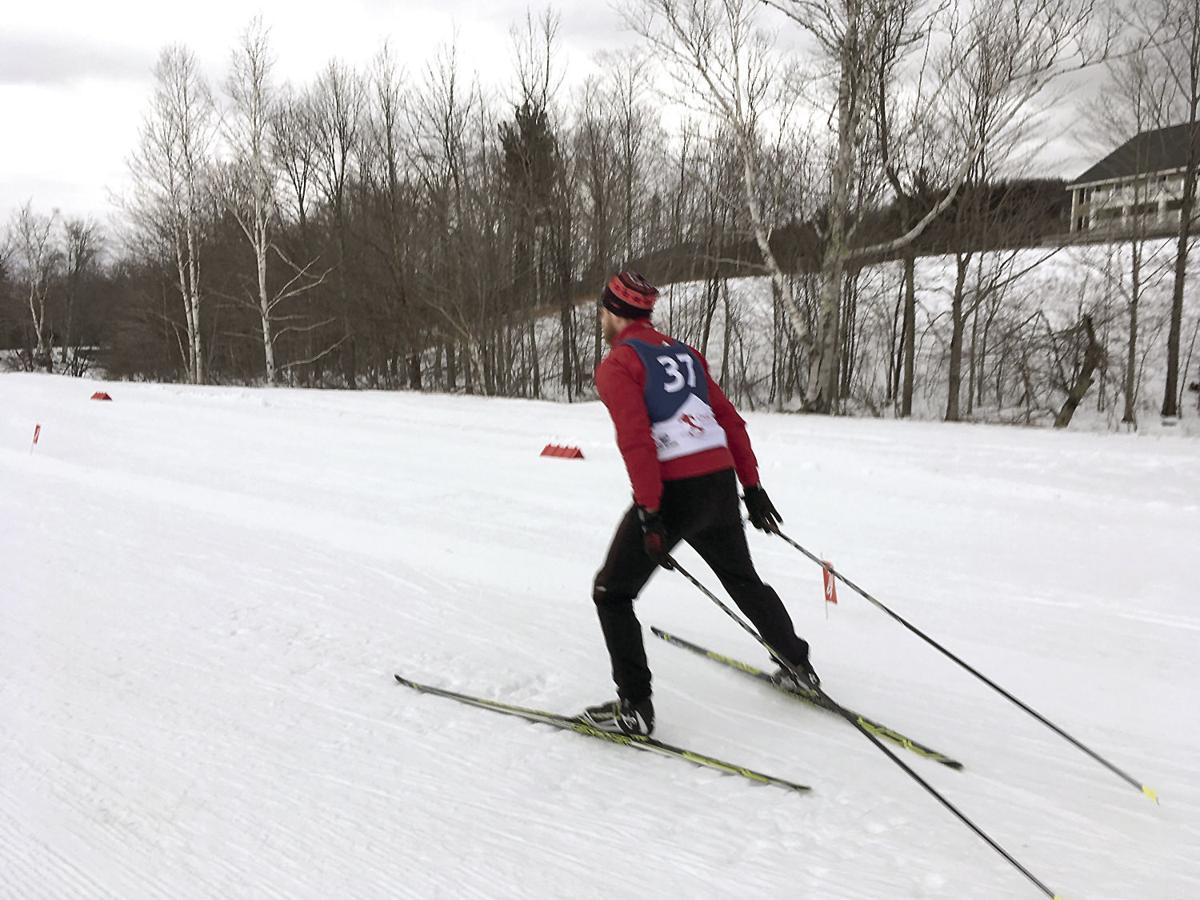 A Nordic Meister shows good form as he skates away on the course at Great Glen Trails. (SALLY MCMURDO PHOTO)

Snow tubing is another way to have fun at Great Glen Trails.(COURTESY PHOTO)

A Nordic Meister shows good form as he skates away on the course at Great Glen Trails. (SALLY MCMURDO PHOTO)

On my visits to valley Nordic areas, this week, I set my sights on Great Glen Trails in Pinkham Notch. Tuesday seemed like a good day to visit when the weekly Nordic, Snowshoe, and Fat Bike Meisters Race Series were taking place. I could catch some action as skiing competitors battled it out for top ranking on women’s and men’s skate and classic ski courses-long (5K) and short (2.7K) in individual time starts from 9 a.m.-5:30 p.m.

The 25-year-old Meister series is an eight-week series where competitors in any discipline are individually timed. Skiers, snowshoers and fat bikers show up during their scheduled time. When they’re ready, they go down the hill on trails behind the new Glen House Hotel, cross the bridge over the Peabody River, turn left and ski, bike or snowshoe to the timing shack. There, friendly attendants ask what discipline they’re racing and how long. With a timed warning, racers are given time to warm-up and get ready to race — “30 seconds, 15 seconds, 10 seconds, five and GO!”

Once off the starting line, racers both push and pace themselves to get the best time. If they start out too fast, the up hills in the beginning will sap all their energy. Start too slow and racers had to push it on the curvy, downhill corners. Tuesday, those were icy, and skiers had to fight falling.

The thing I always enjoyed about the Nordic Meisters is the camaraderie. Skiers were there to race and maybe beat their friends’ times, but it was friendly competition. Most racers were there to beat their previous week’s time, so it was more a race against themselves. I overheard several racers who had completed the course warn those starting about the ice and to take it easy. In the lodge, those waxing skis compared notes about what worked best. Everyone was there to have fun and enjoy the skiing.

In the eight-week series, competitors can race every week or as many times as they can. In order to be eligible for the end-of-season raffle and prizes, they have to compete at least six of the weeks. For skiers, the cost of the series is $109 for adults, $79 if you’re a season pass holder.

Snowshoers and fatbikers pay $59 for the series, $12 for one-time entry. Nordic skiers can also race in the snowshoe and/or fatbike division for free. For those who want the fun of racing, but dread being timed, there’s also an “untimed” option. Participants can use the trails for free on Tuesdays and use of rental equipment is at no cost.

Race times are adjusted by age categories. The older or younger you are, the more the adjustment. It helps level the field for youngsters and oldsters competing against skiers in their prime. Results are posted online by Wednesday and in the paper on Fridays.

On Friday, March 20, all meisters are invited to an end-of-the-season potluck, raffle and prize award ceremony at Great Glen’s lodge. To be eligible for awards and raffle prizes, you have to race at least six out of the eight weeks of the series. Having participated in the potluck in the past, I can tell you the fiercest competition is not for the awards, but for the raffle prizes. Even after they’re given out, there’s lively bartering and trading. The staff at Great Glen works hard to get over $1000 in prizes, from new ski gear and clothing to gift certificates, from their sponsors. You can bet most people at the potluck are there to claim one of those, as well as share tales and food with fellow competitors.

How many people do Meisters? It’s hard to tell — numbers fluctuate from week to week, depending on weather and time commitments. To get an idea of this year’s participation numbers, I looked at Week One’s race results in each division.

In the snowshoe racing group, there were three females and one male.

Fatbikers had one female and nine males racing.

In the untimed category, there were four people — two females and two males. Many of these participants overlapped. Many skiers do both skate and classic, and some do both long and short courses. Since skiers can also do snowshoe and fatbiking for free, there may be crossover there, too. The grand total I arrived at was 30 females and 61 males crossed the line — a little under a 100 overall. That’s a lot of timing for those volunteers in the timing shack.

Great Glen Trails not only offers this fun race series, but also has great skiing, snowshoeing and fat biking on its 45K (28 miles) of trails. A snow tubing hill offers fun for all ages, too. The snow coach ride up the Mount Washington Auto Road is a special winter experience.

Great Glen Trails offers many special events in addition to Nordic Meisters. Every Sunday, young skiers can participate in the Bill Koch League activities from1:30-3:30 p.m. Playing games, having relay races and skiing with friends gets them all psyched up about cross-country skiing. This year again, GGT will host the Bill Koch Festival on Feb. 29 and March 1. Young skiers from all over New England will converge on the center to have parades, games, races and fun on skis.

During February vacation week, GGT offers the Penguin (ages 6-8) and Polar Bear (ages 9-11) Nordic Ski Camps on Feb. 17, 18 and 19 from 9 a.m. to 3 p.m. Young skiers can enjoy skiing, playing games and negotiating obstacles courses while having fun and building skills.

Another special event coming up at Great Glen is the Ski, Shoe and Bike to the Clouds 10K race on Sunday, March 8, from 10 a.m.-1p.m. Participants can choose to ski, run in snowshoes or fatbike around the trails and up the auto road. It’ll be fun to watch and grueling to race.

On Saturday, March 14, Great Glen has its Winter Charity Day from 8:30 a.m.-3 p.m. For a $25 donation to your favorite charity, you can ski, snowshoe or go tubing for free all day and get a delicious buffet lunch. If you give $50 or more, you can also take a ride on the snow coach up the Auto Road.

The new Glen House Hotel offers fine dining and lodging and expands the time you can spend at Great Glen Trails.

There are other special tours and events Great Glen schedules throughout the winter — even dogsledding (Feb. 14 and 21). Check out their website: greatglentrails.com to find out what it offers for winter fun and adventure. There’s lots to do up at the Glen. Make the trip soon.