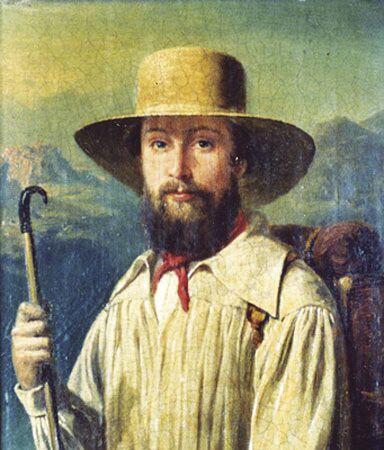 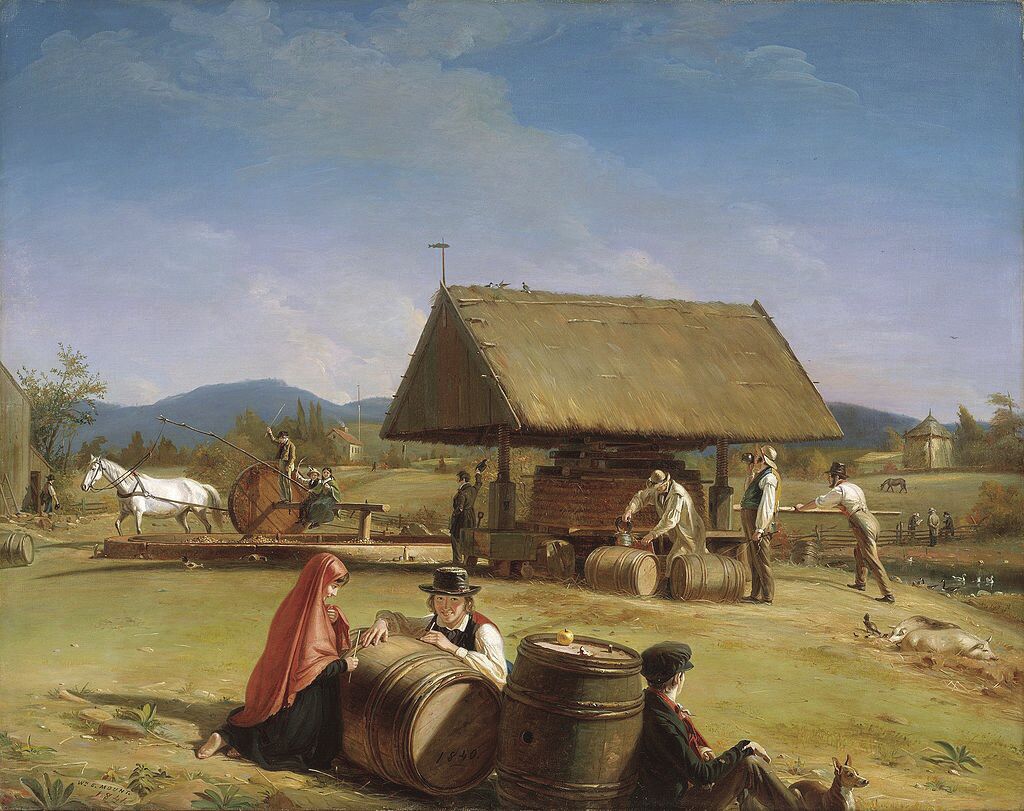 CONWAY — Stumble across a cellar hole in the woods and chances are you’ll find an ancient apple tree, or a descendant of one, nearby — planted by the family who settled that homestead 150 or so years ago.

Why apples were a staple of colonial life can be summed up in two words — sugar and cider (more specifically, hard cider). In fact, until the end of Prohibition in the 1930s, apples were used in this country mostly to make alcohol.

The powerful usefulness of sugar and alcohol is also why Johnny Appleseed became a household name.

“Apples were something people drank,” writes Michael Pollan in his bestselling 2001 book, “The Botany of Desire.” And the reason John Chapman (aka Johnny Appleseed) became frontier mythology in the early 1800s is because, Pollan states, he brought “the gift of alcohol to the frontier.”

Pollan’s book yields other fascinating nuggets about the extraordinary history of apples, such as:

• Plant a seed from an Early Girl tomato plant and an identical Early Girl seedling will sprout. Plant a seed from a Macintosh, and a new variety will pop up. Every apple seed contains the genetic instructions for a completely new variety. Those instructions are so random, if it weren’t for grafting, every apple in the world would be its own variety.

• Allowed to ferment a few weeks, apples will yield a beverage with alcohol content roughly equivalent to wine. Freeze it, however, and the intensely flavored liquid that refuses to ice over is called applejack. It’s about 60 proof, certainly strong enough to offer early settlers significant relief from the rigors of frontier life.

• Apples, of course, are healthful, and we all know “an apple a day keeps the doctor away.” But the image of apples as health food was dreamed up by the apple industry to distance the fruit from alcohol. In the early 1900s, the Women’s Christian Temperance Union declared war on applies. In response, the apple industry launched a public relations campaign to change the fruit’s image.

• Sugar was a rarity in 18th-century America and a luxury good beyond the reach of most Americans. Indigenous tribes made maple syrup; honeybees came from Europe and took time to establish colonies; and though plantations in the Caribbean were growing sugar cane, many people avoided it because it was identified with slavery. In fact, until the late 1800s, most people relied on fruit for sweetness. And usually that meant apples.

• John Chapman (Appleseed) planted millions of seeds and sowed uncounted saplings from New England to Ohio, and by choosing to plant and not graft apple trees, as was done in Europe, he became a symbol of America itself. Like its settlers, America’s apple trees were unpredictable and original.

• Over time, the number of apple varieties were winnowed from thousands to hundreds. And today only a few are grown commercially. The names are familiar: Cortland, Macintosh, Baldwin and Honeycrisp. The latter, while only 30 years old, is now the third most popular in the U.S.

Another name that will be familiar has a particularly interesting story.

In the 1800s, there was great commercial interest in finding popular new varieties of fruit. Contests were constructed to find them, and they attracted thousands of apples from thousands of farmers, who hoped to cash in or at least be recognized if theirs won. Who wouldn’t their name immortalized in the name of an apple?

Jesse Hiatt grew apples in Iowa. He mowed between the rows in his orchard and several times he mowed over a seedling that sprouted in a path. Taking the seedling’s stubbornness as a sign, he let it grow.

The apples from that tree were the best Hiatt had ever tasted, and in 1893 he sent four of them to a contest in Missouri put on by Stark Bros. Nursery and Orchard.

Stark Bros’ president, C.M. Stark, awarded Hiatt’s apple first prize and named it Delicious. (The story goes that Stark kept a slip of paper in his pocket with the name Delicious scribbled on it as a reminder should he find the perfect apple.)

Today, a granite monument marks the spot on Hiatt’s Iowa farm where that tree grew.

Until 2018, when Gala took the top spot, the Red Delicious was the most popular apple in the U.S.