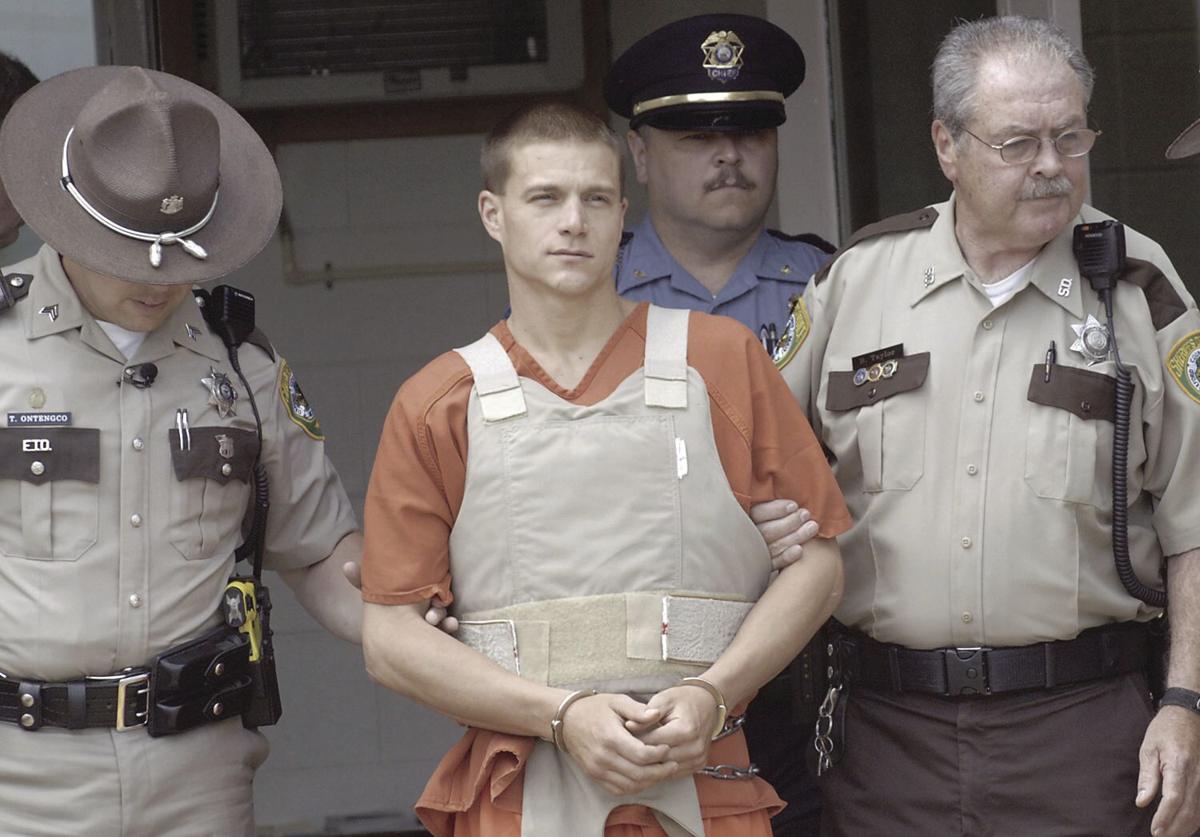 Michael Woodbury, then 31, is escorted by Oxford County deputies on July 5, 2007, into District Court in South Paris, Maine, for an extradition hearing following the Conway shootings. (JAMIE GEMMITI PHOTO) 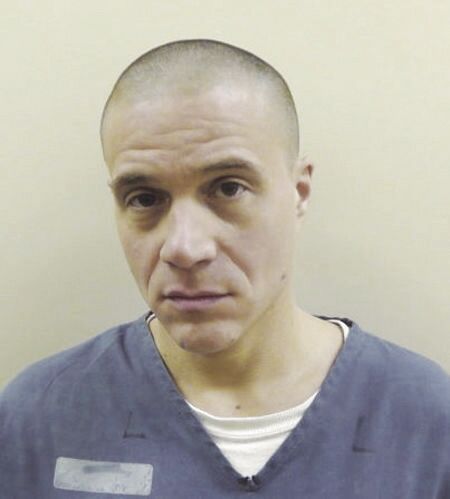 Michael Woodbury is seen in a Florida prison mug shot. He was serving three life sentences for killings he committed in Conway a decade ago. (COURTESY FLORIDA DEPARTMENT OF CORRECTIONS)

Michael Woodbury, then 31, is escorted by Oxford County deputies on July 5, 2007, into District Court in South Paris, Maine, for an extradition hearing following the Conway shootings. (JAMIE GEMMITI PHOTO)

Michael Woodbury is seen in a Florida prison mug shot. He was serving three life sentences for killings he committed in Conway a decade ago. (COURTESY FLORIDA DEPARTMENT OF CORRECTIONS)

WASHINGTON — Lawyers representing Michael Woodbury, the Conway Army Barracks killer who went on to murder a fellow inmate in Florida, are taking the appeal of his death sentence all the way to the U.S. Supreme Court.

It was on July 2, 2007, that Woodbury, then 31,  of Windham, Maine, walked into the Army Barracks store at 347 White Mountain Highway in Conway and shot store manager James Walker, 34, and two customers from Massachusetts, William Jones, 25, and Gary Jones, 23, who had come to the area to go camping and who apparently tried to foil Woodbury’s bid to steal a car.

Walker and William Jones died at the scene, and Gary Jones died at Maine Medical in Portland. Woodbury fled the scene, but a day later he gave himself up to a Fryeburg, Maine, police officer in a forested stretch of railbed. Woodbury later pleaded guilty to the killings.

Since 2009, Woodbury has been serving three consecutive life sentences without parole in Florida. Why he was moved from New Hampshire’s correctional system, officials wouldn’t say.

In May 2018, Woodbury represented himself during a trial in Okeechobee County, Fla. On May 21, 2018, the third day of his murder trial Woodbury pleaded guilty to murdering Haynes.

The penalty phase took place in July 2018 at the Okeechobee County Courthouse, with Judge Sherwood Bauer presiding. In September 2018, the judge agreed with a jury that Woodbury should be executed.

An appeal was filed on Woodbury's behalf in December of 2018. However, in April of this year, Florida's Supreme Court decided Woodbury could be executed, with the justices rendering their decision in a 55-page opinion noting that his hourslong assault on Haynes was “brutal.”

Now, Woodbury's case has been docketed in the U.S. Supreme Court.

Haughwout and Hebert are with the Office of the Public Defender 15th Circuit of Florida based in West Palm Beach.

A petition for writ of certiorari is essentially a request for the high court to review the lower court's findings.

The U.S. Supreme Court is being asked to determine whether the Florida Supreme Court, rather than applying a heightened standard for competency to represent oneself for defendants with severe mental illness, correctly held that the trial court's inquiry and determination under the lower standard of competency to waive counsel was sufficient to grant self-representation to Woodbury.

The entire document is 40 pages long.

The defenders say Woodbury suffers from bipolar disorder and has a "decades-long history of psychiatric illness."

They go on to describe Woodbury's actions the day he killed Haynes. Woodbury tortured Haynes for four hours, and a correctional officer reportedly saw Woodbury dip his fingers in Haynes' blood and lick them.

"Woodbury shouted out bizarre comments such as he was a 'demon' and used to run the 'ninth level of hell,'" said his defense team. "He said his rules were 'supernatural." He heard the voice of the 'Holy Ghost,' and his torture of Haynes was a 'supernatural battle.'"

The public defenders say the judge at his trial didn't attempt to determine Woodbury's competence to defend himself. Woodbury did have "stand-by counsel" and who was to assist only if Woodbury asked for help.

"The trial court granted the request for representation and determined that Woodbury was competent to waive counsel and that his waiver of counsel was knowingly, voluntary and intelligently made," said the defenders.

"However, the trial court did not conduct a searching inquiry into Woodbury's mental illness and the record is devoid of a determination under the heightened standard for representational competence," they said.

The Florida Supreme Court opinion said the trial court offered counsel and held "Faretta inquiries" (hearings to determine if a defendant has the mental capacity to intelligently waive counsel) a dozen times, and each time, Woodbury was found competent to make the decision.

"In fact, the record reveals several instances where Woodbury’s pro se representation could easily be mistaken for the work of a veteran trial attorney," said the opinion.

The justices also found the trial court made no significant errors in determining that Woodbury could receive the death penalty.

However, Haughwout and Herbert say Woodbury's case "provides the court with the opportunity to clarify for the state courts how to resolve the conflict between the right of self-representation and the due process right of a fair trial."