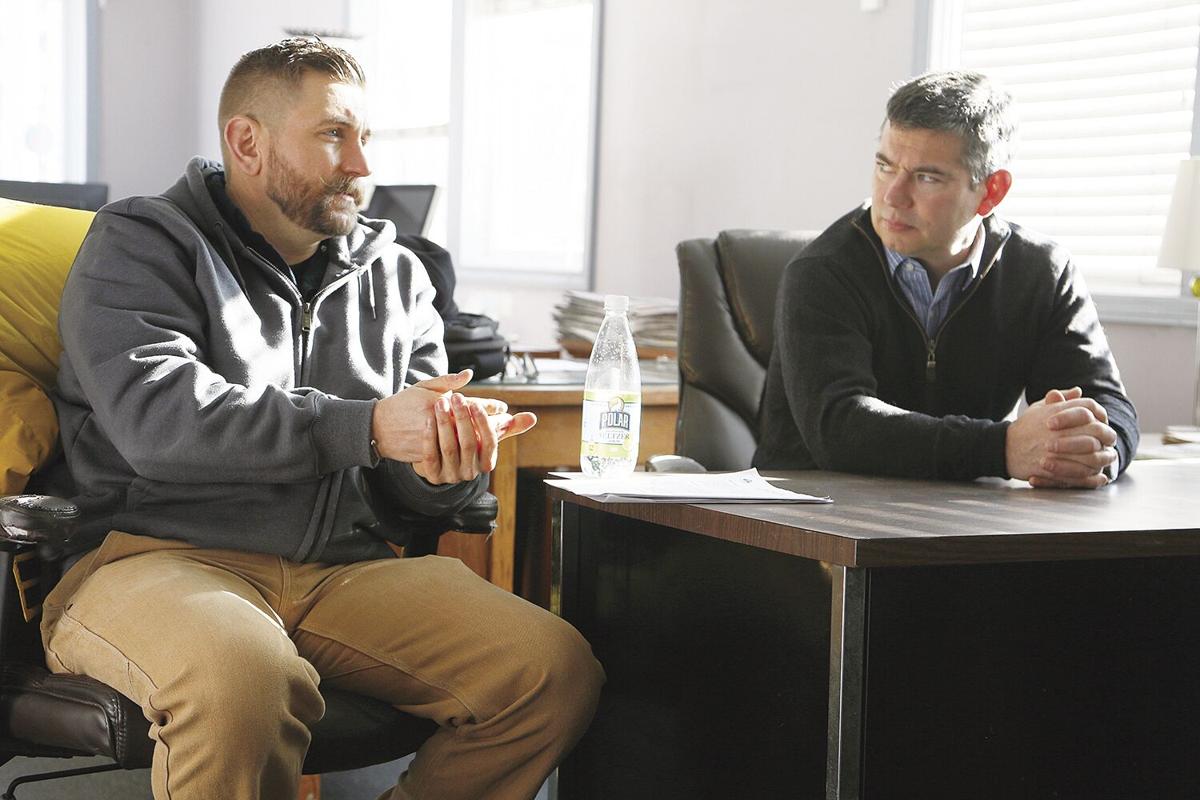 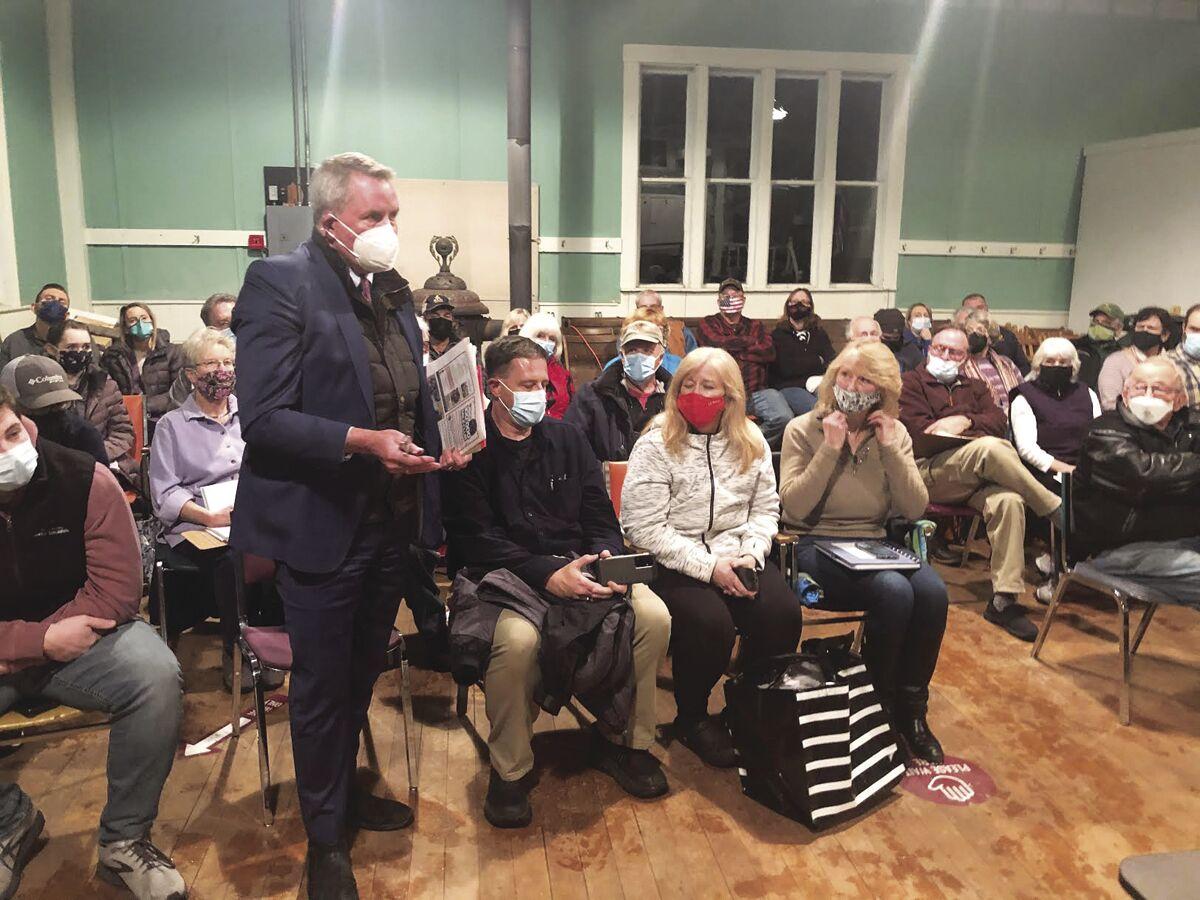 LOVELL, Maine — Rather than trying to force its proposed solar farm down people’s throats, Walden Renewables is taking a soft approach: asking residents to see the benefits of solar and reject a moratorium on solar projects the town is exploring. To that end, Walden is putting up a new website where people can get information.

Walden Solar Maine III is seeking a conditional use permit for an 180-acre, 35-megawatt project located off Shave Hill Road in Lovell. The transmission line would run south across Main Street/Route 5 before interconnecting at a substation in Sweden. The project life is estimated to be 40 years.

Walden Solar is a subsidiary of Walden Renewables Development LLC of Portsmouth and New York City. It has pursued the Lovell project since 2019. But it has encountered fierce resistance from townspeople who feel a huge solar array would scar the pristine view from Christian Hill.

Selectmen will hold a public hearing on enacting the moratorium process on Jan. 18.

On Tuesday, Walden co-founder and chief development officer Jack Kenworthy and consultant Dale Knapp of Biodiversity Research Institute in Portland, Maine, traveled to the Sun to make their case.

Kenworthy said Walden is creating a new website called lovellsolar.com “for people to be able to get access to real project information.

“We’d love people to go there and check it out. And if there are questions, there’s a great way to contact us there and we’re happy to respond to questions that anybody has.” he said.

Kenworthy said they hope to get people “to focus on the fact that this project is going to create a lot of clean power for a long time, with a lot of new tax revenue, good jobs, very limited impacts and very low-cost power.

“It really ought to be given a fair opportunity for people to consider those facts without buying into a lot of the false claims that are being made out there by those who would like to ban solar in Lovell,” he said.

A group of Walden’s critics have created their own website, letlovelldecide.org, and a non-profit called Our Eden Association. Our Eden claims the Walden solar project “is too big for Lovell and has no direct benefit for Lovell homeowners, other than the few who are under lease agreements.”

It says the project would “permanently desecrate over 170 acres of pristine forest and wetlands by clear-cutting over 10,000 mature trees for at least the next 40 years; endanger wildlife, compromise historic scenic views and have potentially catastrophic environmental impacts to Kezar Lake; and likely be sold to a third party as soon as it is completed.”

“By sourcing flat rate, fixed price power for 20 years, that’s coming in at a third of the price of what CMP is currently charging, it creates a big downward pressure on local prices,” Kenworthy said.

He said the project will generate $147,000 in tax revenue for the town, which is 13 percent of the town’s budget. That amount will increase 2 percent every year and pay out $8.8 million in taxes and benefits over the life of the project.

According to Walden, drivers on Christian Hill would only see the project for a matter of seconds.

While Kenworthy said it is erroneous to say Lovell did not have any solar regulation before the project, Lovell resident Tom McLaughlin said Walden did catch the town off guard.

“Walden chose Lovell in part because we didn’t have a solar ordinance while many other towns around here did, or had one in process,” said McLaughlin. “They knew they’d catch us flat-footed and they did.”

Kenworthy says that the town has talked about solar regulation since 2016 but decided to “do nothing. To now say there is an emergency that requires them to enact a moratorium retroactively, we think is highly improper,” he said.

Because solar isn’t in the town’s land use table, the planning board must look at the most closely similar entity. Board members said if they could, they would change that rule to give themselves more latitude.

Another point of departure: Walden believes the array is similar to a telecommunications facility while critics say it most closely resembles a manufacturing facility and wouldn’t be allowed in certain places. That proposal was floated by attorney Paul F. Driscoll of Norman Hanson and DeTroy of Portland, Maine. His firm represents Our Eden.

The Sun asked how Walden justifies being designated as a telecommunications facility. The definition outlines structures that provide transmission of various types of communications. Essentially, these structures are electrical equipment, said Knapp, adding that manufacturing’s definition is the making of items by hand.

The planning board is tasked with deciding if telecommunications fits or not.

Knapp said Southern Maine Planning Development Corp. issued a legal opinion that agrees with Walden that its best fit is telecommunications. He added that it could be approved under either telecommunications or manufacturing with a conditional use permit.

At the request of McLaughlin, the Sun asked Kenworthy what might discourage Walden from continuing.

“And we have a town that has zoning in place that we believe adequately regulates this project. And we have a right to proceed under that zoning ordinance. So I think our intention is to move forward.”

Knapp and Kenworthy also said there are false rumors that pesticides and herbicides would be used on the solar farm. When the project is done, the panels won’t be going in the Lovell dump, as has been speculated, but will instead go to proper facilities. They said the project will not lead to runoff into Kezar Lake.

“These are arguments intended to get people animated, but they are not true,” said Kenworthy.

They also said that the land they are building on is not in conservation and under current zoning could have been used for many other purposes. Those include an auto junkyard or a mobile home park.

“In terms of the universe of things that could happen on that land, solar is really a very, very light touch,” said Kenworthy.

Walden has no plans to sell the Lovell project. It did sell a project that is visible off Route 302 in nearby Fryeburg. And while the planning board approved that project to be 135 acres, due to a subsequent Maine PUC decision it will only be 40 acres.

Meanwhile, selectmen last month voted in favor of starting the 180-day moratorium process. Basically, this process would allow the town time to develop and pass a new solar ordinance.

Kenworthy says it would be illegal for Lovell to use a moratorium to target a project like Walden’s.

Knapp added that Maine’s moratorium law was designed to protect towns from new and unexpected industries. An example, he said, is the state’s new cannabis regulations a few years ago. Maine towns were able to adopt moratoriums to give them time to adapt to the state law change.

“And so what they (towns) did with the (cannabis) moratorium is push pause, not specifically directed at one shop, but an industry type that was very new, unanticipated, never discussed and suddenly here it is,” said Knapp. “That’s not the case with this solar project in Lovell.”

Between now and the moratorium vote, Kenworthy and Knapp hope to make their case to voters that a moratorium is not needed.

If Walden goes on to get Maine Department of Environmental Protection approval and the conditional use permit from the planning board in a reasonable period of time, construction could start in 2023 and be finished by 2024.

I'm a Lovell resident for the solar project. Voting against the moratorium. What Walden is trying to tell people is the benefits outweigh the few people's views that may be seeing some solar panels. The landowners are not clear-cutting their Land. Walden, by law can only cut 20% of what they are leasing. Unlike some people on Christian Hill that have clear cut ALL their land... For a better view. . My opinion is, it's their land and if that's what they wanted to do was clear cut it all, then it's their right to do what they want with their land. You say "don't move into my house and make rules" but that's exactly what your doing to the landowners. Trying to tell them what they can and can't do with their land. Your trying to dictate the rules about their land and what they can do with it. That's not right. The people that are against the solar projects are the ones that have lawyers and telling Walden people to get ready to spend a lot of money.. I'm for the benefits of saving out environment and having clean energy in Lovell. The town of Lovell and it's taxpayers will benefit from the 147,000 each year with zero services rendered by the town, there will be no sighting of the panels from Kezar Lake, Kezar pond, Mount Sabbatus. I have children and Grandchildren that will benefit by having clean energy in place. Make it a great day.

“And we have a town that has zoning in place that we believe adequately regulates this project. And we have a right to proceed under that zoning ordinance. So I think our intention is to move forward.”

And that should be all you need to know about their intentions. Don't be fooled by all the smooth talk or wordsmithing that is being employed here.

They see people here as uneducated rubes that can be easily be manipulated. Trust me, after the soft-sell fails it will be the bare-knuckle approach with lawyers, paper snowstorms, and huge expenses.

These solar farms should be built where the demand is the highest, Portland and the coast. But we all know why that isn't the first choice.

What a couple of snake oil salesmen! Lovell has every statutory right to call time out and adopt reasonable local zoning. They tried to ram it in with no rules in place, but the town is onto them. Don't move into my house and try to dictate the rules. There are plenty of places to properly site solar "farms" but Lovell is only attractive to these speculators because Lovell hasn't yet written rules/zoning. These slackers should cut their losses, save their money and find another town and location. Their New York City bravado alone should be enough to make Lovell voters send them packing.