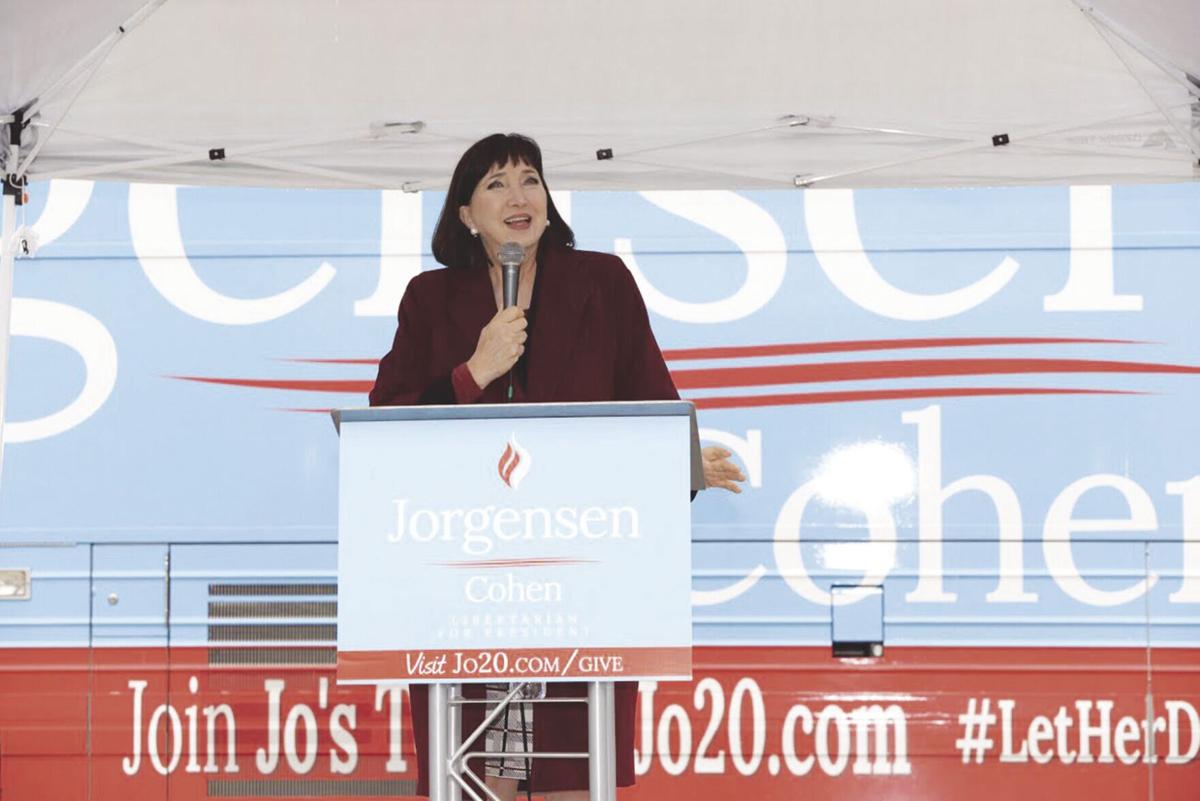 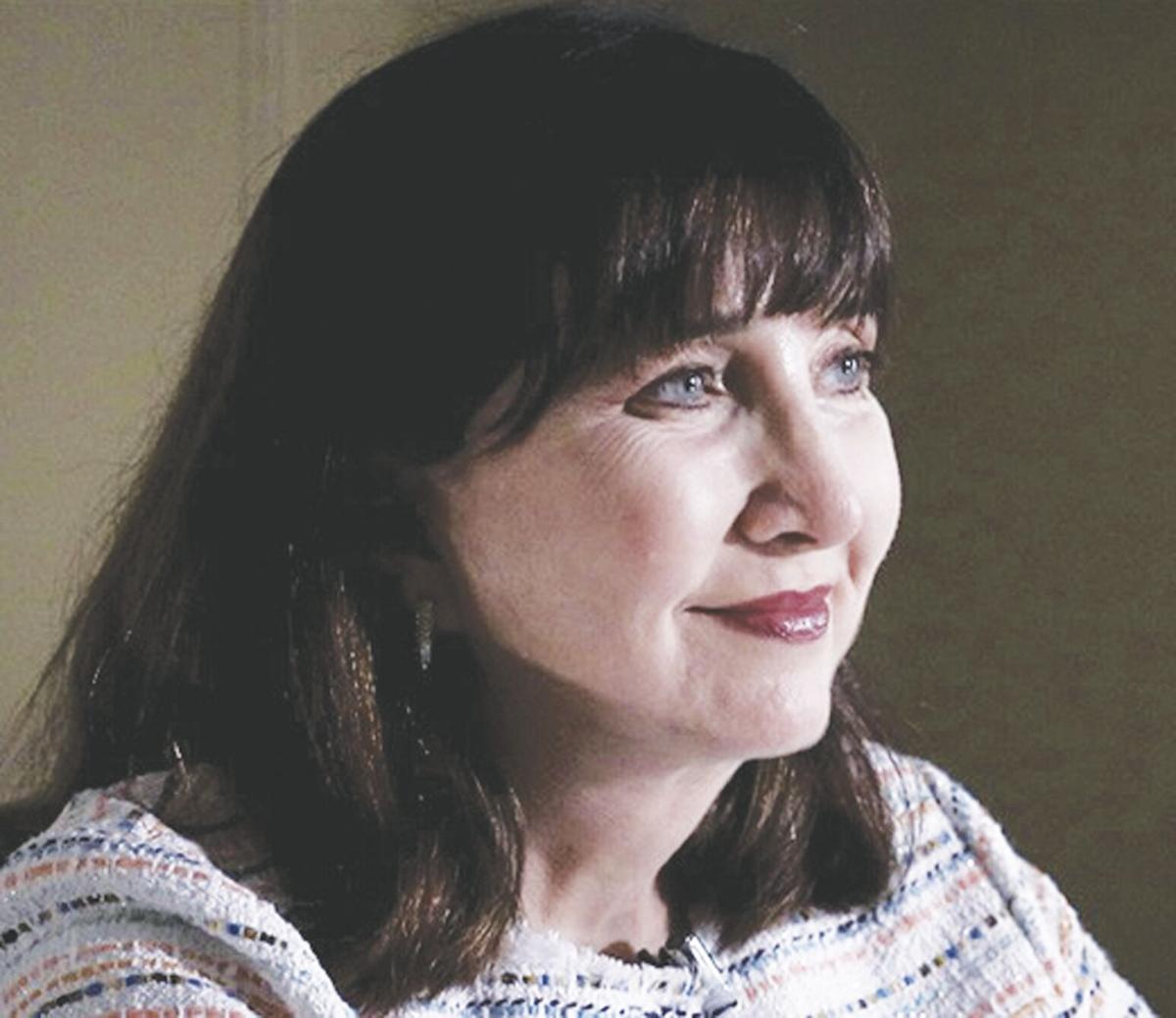 Jo Jorgensen of Greenville, S.C., is running for president as a Libertarian. (COURTESY PHOTO)

Jo Jorgensen of Greenville, S.C., is running for president as a Libertarian. (COURTESY PHOTO)

CONWAY — Everyone knows that Republican President Donald Trump is squaring off against Democratic former Vice President Joe Biden on Nov. 3, but few may know there's a third person on the ballot — Libertarian Jo Jorgensen.

Jorgensen, 63, of  Greenville, S.C., has sought high office before as the Libertarian Party Vice Presidential nominee with Harry Browne in 1996.

In 1992, she was the Libertarian Party’s candidate for South Carolina’s 4th Congressional District.

A businesswoman, she started her own software sales business in 1983. After taking time off to raise her two children, she became a partner in a software duplication company, and became its sole owner. She founded a business consulting company in 2002 and continues working with select clients.

She’s also been a full-time senior lecturer in psychology at Clemson University since 2006 and holds a Ph.D. in industrial/organizational psychology (Clemson, 2002). She graduated in 1979 from Baylor University with a B.S. in psychology and earned an MBA in 1980 from Southern Methodist University.

Q: Why should New Hampshire residents consider voting for you?

Jorgensen: Over 40 percent  of New Hampshire voters are independents who’ve already opted out of two-party politics. New Hampshire voters who know their vote is their own — not owed to any party or "lesser evil" — have the opportunity to vote for a candidate who shares their discontent with the old parties and politics-as-usual. If enough people have the courage to vote for our platform and our ideas, vote out of hope and not fear, Jo Jorgensen can win New Hampshire. You are, after all, the Live Free or Die state.

Q: You are the only woman on the top of the presidential ticket. At least some voters are very interested in having a woman for a president. Do you think being a woman gives you a different perspective than Trump or Biden?

Jorgensen: I’ve heard from voters that my being a woman, a Ph.D., a mother, an entrepreneur makes them more eager to vote for me. I don’t subscribe to identity politics, but it’s not hard to find things where my perspective is different than my opponents’.

Both men have continued our involvement in deadly and unnecessary foreign wars. Both men drove up debt and raised taxes/tariffs that harmed the working class. Both men allowed special interests to dominate healthcare, at the expense of patients. Both men support police militarization and mass incarceration.

My perspectives are very different from my opponents — not because I am a woman but because I believe in individuals and civil liberties, not ever-more-intrusive government.

Jorgensen: The Libertarian candidate does not choose her running mate, the convention delegates do. Jeremy "Spike" Cohen is a tireless and articulate campaigner for the Libertarian message. Some delegates thought we suited each other — my decades of experience, his youthful energy; my gravitas; his playfulness — and together we have run a strong campaign.

Q: What would you have done about COVID-19?

Jorgensen: First, I would have immediately disclosed all knowledge I had received from the WHO about the pandemic to the American people so they would be aware of the problem. Next, I would have ordered the CDC and the FDA to refrain from blocking or delaying release of any COVID-19 test kits so that we could have gotten a big jump on knowing who’s infected and who’s not, allowing people to safely decide to go back to work or to self-quarantine as needed. This would have saved millions of jobs that have been lost for good.

Then, rather than shutting down the economy, I would have allowed the economy to remain open with individual people and businesses making the decisions on what safety precautions (masks, social distancing etc.) to take. I would have instructed the Attorney General to sue any state that imposed shutdowns. I respect the right of people to make their own health care decisions rather than have to obey the often misconceived orders of politicians. Government bureaucrats can never match the effectiveness of a free market, which accumulates knowledge from thousands of experts, to guide us in a pandemic.

Q: New Hampshire man retired fighter pilot David Fravor told The New York Times and other outlets that he chased a UFO back in 2004. Politico in June reported, “The Senate Intelligence Committee has voted to require U.S. intelligence agencies and the Defense Department to compile a detailed public analysis of all data collected on ‘unidentified aerial phenomenon,’ including intrusions recorded by Navy pilots in recent years.” Have you been following the “UAP” issue and if so, what do you make of it?

Jorgensen: If intelligence agencies want to spend time looking for aliens instead of illegally spying on the American people, I think that’s great. If the DoD wants to send drones to find ET instead of to drop bombs on children, that’s also a big improvement.

Hopefully, Democrats and Independents have learned not to throw away their vote this time. After seeing what the most selfish people chose to do when the majority of people followed science-based government advice and restrictions, I'd hate to see where we'd be if we just let people decide on their own what precautions to take and whether or not to isolate if infected.