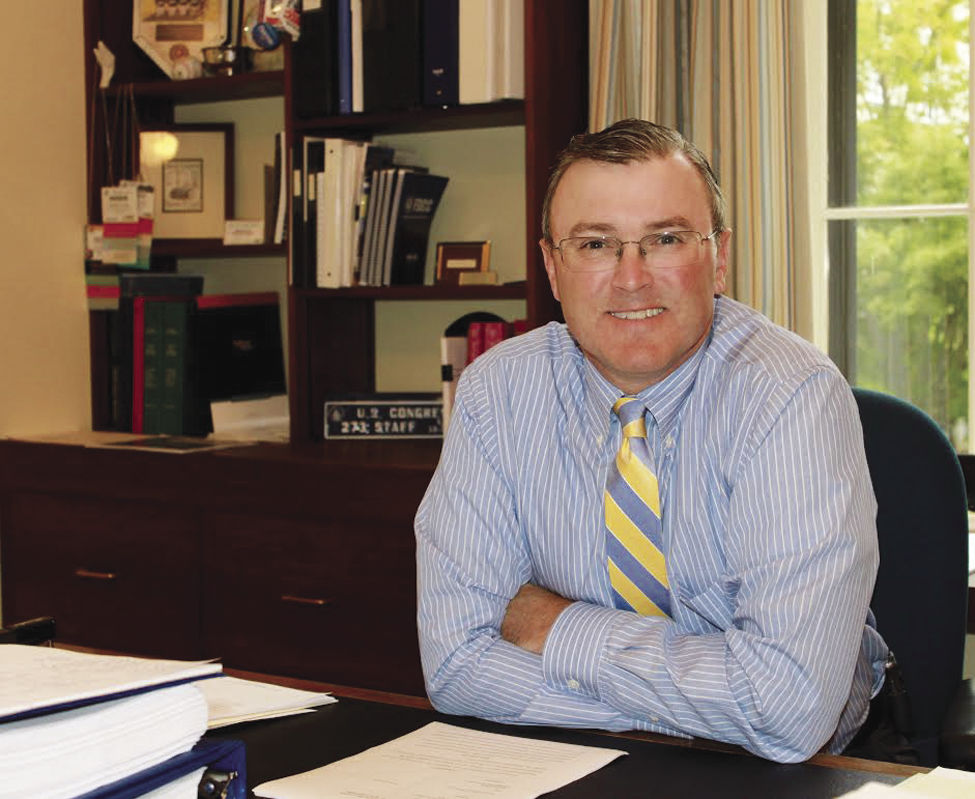 Attorney Derek Lick of Sulloway & Hollis of Concord, on Jan. 6 asked a Superior Court judge to dismiss Bellevue’s eighth suit against Settlers. It is the third suite having to do with Settlers' desire to put up a Market Basket on its property. (COURTESY PHOTO) 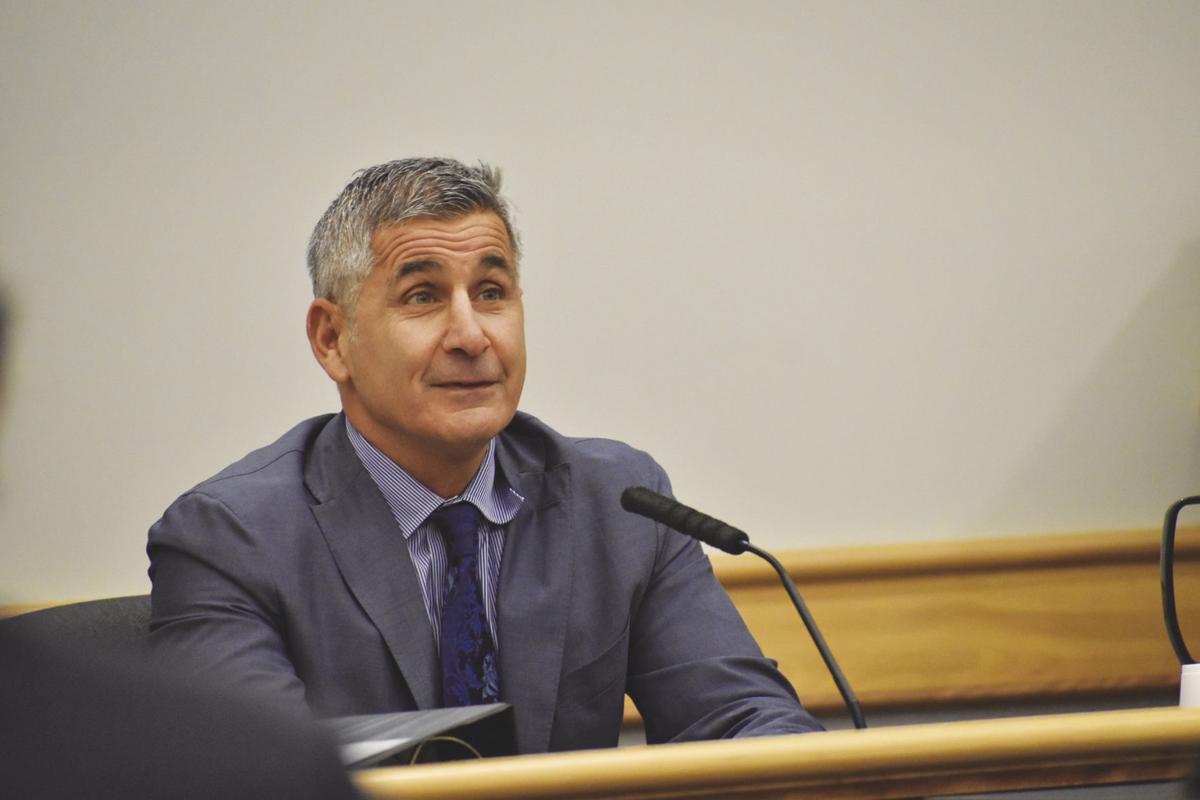 Attorney Derek Lick of Sulloway & Hollis of Concord, on Jan. 6 asked a Superior Court judge to dismiss Bellevue’s eighth suit against Settlers. It is the third suite having to do with Settlers' desire to put up a Market Basket on its property. (COURTESY PHOTO)

CONWAY — Settlers Green is asking the Carroll County Superior Court to dismiss a third lawsuit filed by the North Conway Grand Hotel that has had the effect of holding up the planned construction of a Market Basket grocery store.

Bellevue Properties, owner of the North Conway Grand, has lost two previous cases against the town of Conway and Settlers Green in Superior Court. They are now pending appeal before the New Hampshire Supreme Court.

Douglas Drew Cohen of Middletown, R.I., with his brother, Jon, are the principals of Bellevue Properties.

Bellevue’s concerns boil down to public access to their property, traffic and parking. Bellevue is being represented by Roy Tilsley of Bernstein, Shur, Sawyer and Nelson of Manchester; the town by Peter Malia of Hastings Malia of Fryeburg, Maine; and Settlers by Derek Lick of Sulloway & Hollis of Concord.

Tilsley filed a new court action against Settlers on Nov. 1, a “petition for declaratory judgment and petition to quiet title.”

Technically, the lawsuit is aimed at 13 Green Street Properties LLC and W.M.H. LLC, which are entities connected to Settlers.

On Tuesday, developer Robert Barsamian of OVP Management (Settlers) told the Sun Bellevue’s litigation is simply a “stall tactic” by the hotel. He stressed that the project would not cause traffic or safety problems and said he has never heard of a hotel that doesn’t want more traffic to flow by it.

In terms of starting construction on the Market Basket supermarket project, “we are ready today if we didn’t have the litigation with the hotel,” said Barsamian. “We will prevail. It’s just a matter of when we will prevail.”

As for a roundabout proposed to be built on the North-South Road near the existing Settlers Drive access, Barsamian said he would do whatever offsite improvements are necessary to accommodate Market Basket. He just hopes Market Basket’s ownership doesn’t become impatient and walk away.

The Conway Planning Board in November of 2018 unanimously gave conditional site-plan approval to the owners of Settlers Green for a 69,845-square-foot Market Basket store between Barnes Road and Common Court. As part of the plan, and per approval of a town meeting vote in April 2017, McMillan Lane — which is a town road — will be abandoned and replaced by an extension of Barnes Road.

In his latest case, Tilsley is asking the Superior Court to find that Bellevue has an easement in the form of a private right of access over the land where McMillan Lane is located. The lawsuit says Bellevue’s easement rights on the land cannot be repealed by the 2017 vote except by written consent from the plaintiffs (Bellevue).

“Such declaratory relief is particularly appropriate at this time, since defendants have not yet replaced McMillan Lane with parking spaces, lighting, landscaping and associated infrastructure in accordance with their plans,” wrote Tilsley. “It’s more appropriate and sensible for the court to declare the plaintiff’s private easement rights in McMillan Lane before it is replaced with a parking lot, rather than doing so after the fact and requiring defendants to replace and restore the land upon which McMillan Lane is currently situated.”

In a phone interview, Tilsley clarified that Bellevue essentially has the right to use McMillan Lane even if it’s discontinued as a private way.

“We need to be able to use it for normal right-of-way purposes, which in this day and age involves getting cars through,” said Tilsley. “The fact we could walk through parking spaces, around cars and over islands and things like that wouldn’t be sufficient.”

On Jan. 6, Lick filed a motion in Superior Court to dismiss and request for attorney’s fees as well as an answer that rebuts Tilsley’s claims.

The motion to dismiss notes that the hotel has sued Settlers several times before.

“This is the eighth suit brought by the plaintiff, Bellevue Properties Inc. against those associated with Settlers Green Development in North Conway resulting in Bellevue’s instigation of continuous, serial litigation against Settlers for more than 12 years,” wrote Lick.

“Despite its multiple attempts in this court, Bellevue has not prevailed in any of its claims seeking millions of dollars in damages or in any of its demands that the town of Conway deny Settlers’ properly supported plans for expansion. Nevertheless, Bellevue continues its vexatious litigation strategy with the filing of this suit.”

Among the arguments Lick makes is that Bellevue brought a similar claim two years ago and should not be allowed to bring this new one now and that Bellevue lacks standing because its property doesn’t touch McMillan Lane.

The first case in Supreme Court has to do with the town meeting vote in April of 2017 to discontinue McMillan Lane and to have it replaced with a private road called Barnes Road Extension.

Market Basket’s parking lot would be where McMillan Lane is now. In the second case, Bellevue objected to the planning board’s approval of the grocery store project.

Meanwhile, Bellevue has filed its brief in Supreme Court pertaining to the planning board approval appeal. Its deadline to do so had been Jan. 13. Settlers has until Feb. 12 to respond and then Bellevue has a March 3 deadline to respond.

Bellevue filed its first brief with the Supreme Court in reference to the McMillan Lane appeal on Dec. 9. Conway has until Jan. 23 to respond.

Hopefully when the new Market Basket is up and running they are able to employ the workers who get laid off from Hannaford and/or Shaws.

Love market basket, but the area can't support all three, especially with the dent Walmart already puts on them.

This kind of perpetual litigation can have legitimate merit, according to Yale law prof George Priest, to the extent it means that there is more value to an ornery plaintiff than to some opportunistic defendant. The difference in this matter is that the public has an interest in developing this property and welcoming Market Basket (even though Shaw's might disagree). The hotel chose its beds when it sited in an-obviously commercial area. Please, spare us. Note that in Lincoln NH, people can site hotels on commercial strips. Why not in North Conway? My free legal advice to the perpetual plaintiff is to think about how to enhance the hotel's value in light of the emergence of Market Basket. There are even possible synergies. If you want to know what they are, though, I will need to bill you. SMH.