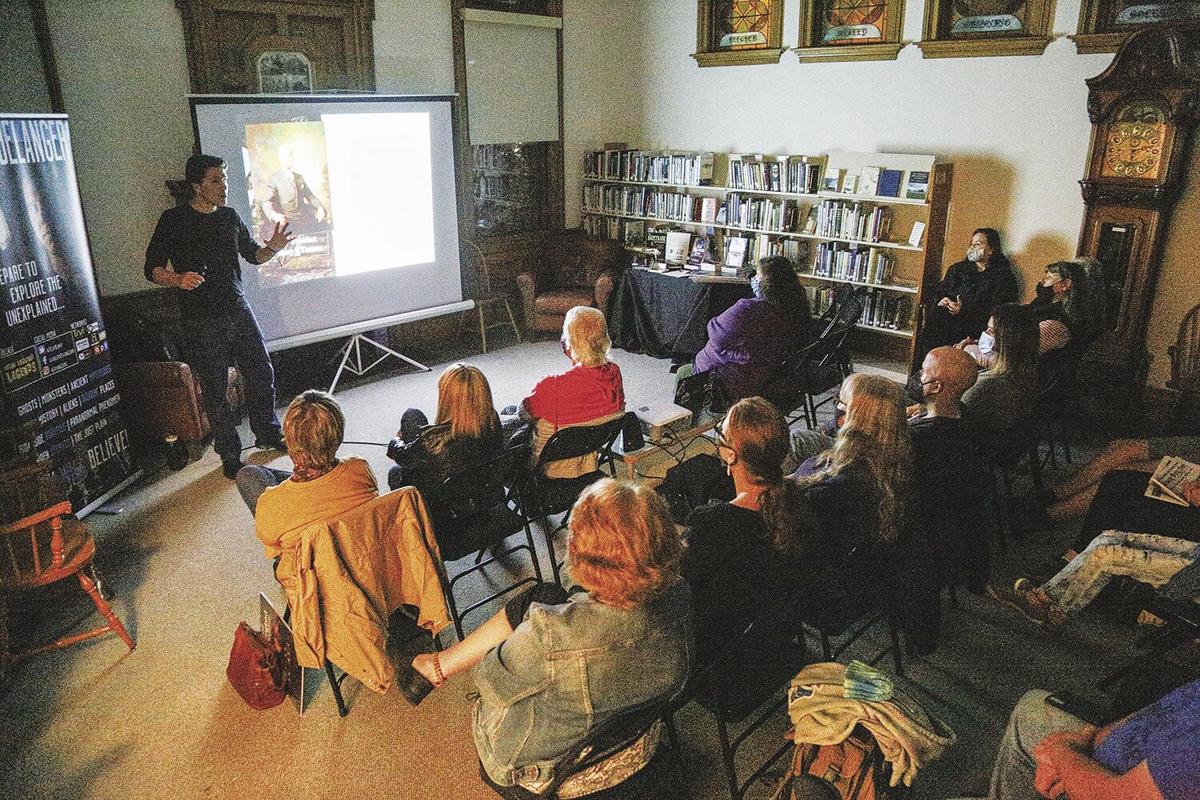 Author and researcher into the supernatural Jeff Belanger talks to a crowd of about 35 at his presentation on "Ghosts and Legends" at the Conway Public Library on Thursday evening. (RACHEL SHARPLES PHOTO) 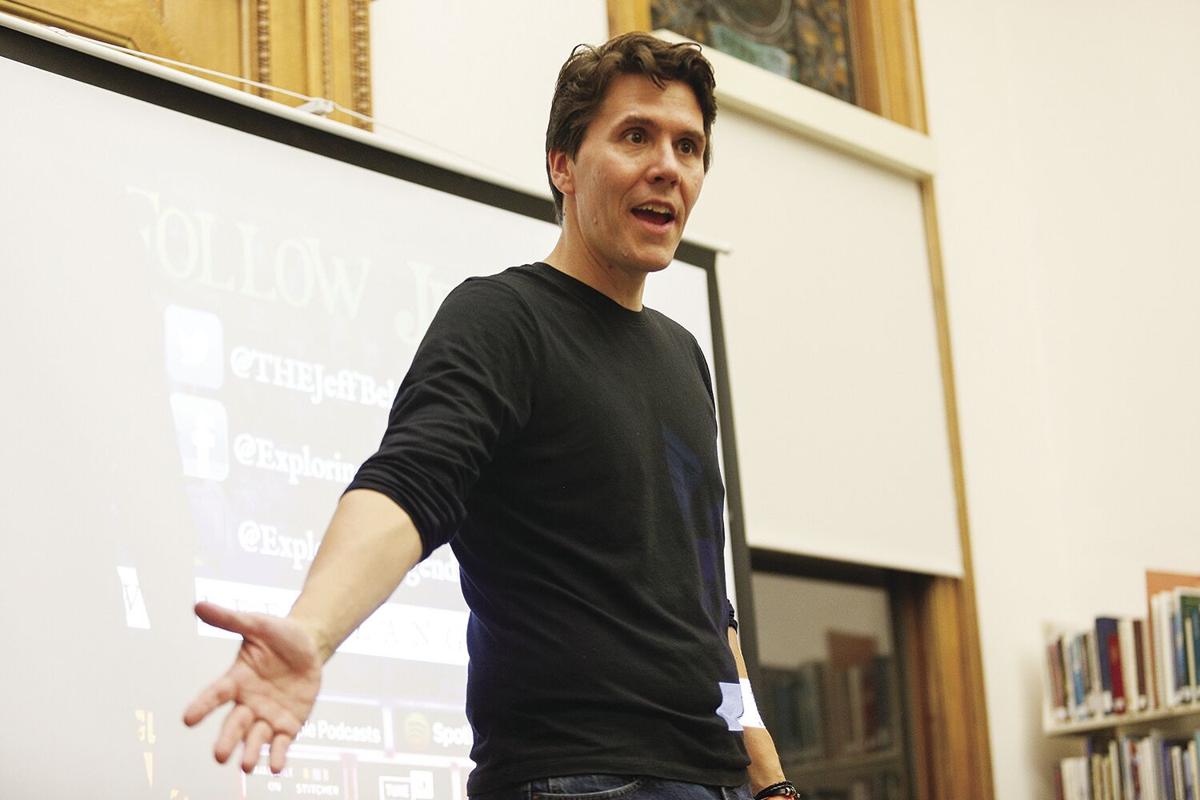 Author and researcher into the supernatural Jeff Belanger answers some audience questions at the end of his presentation on "Ghosts and Legends" at the Conway Public Library on Thursday evening. (RACHEL SHARPLES PHOTO)

Author and researcher into the supernatural Jeff Belanger talks to a crowd of about 35 at his presentation on "Ghosts and Legends" at the Conway Public Library on Thursday evening. (RACHEL SHARPLES PHOTO)

Author and researcher into the supernatural Jeff Belanger answers some audience questions at the end of his presentation on "Ghosts and Legends" at the Conway Public Library on Thursday evening. (RACHEL SHARPLES PHOTO)

CONWAY — Storyteller, adventurer and journalist Jeff Belanger enlivened his audience at a spooky session at the Conway Public Library about the origin of Halloween. He also had other eerie facts to share.

He spoke on Oct. 21 at 7 p.m. in the meeting room, his talk following one given a week earlier at the same venue by the Luna Paranormal Research team of Kelly Rogers of North Conway and Linda Merritt of Effingham (see related story).

Belanger’s multimedia extravaganza drew from his books, podcasts, adventures and the various television shows that he’s worked on. There was also a Q&A and book signing for the 35 people in attendance, who seemed engaged and laughed along to his jokes.

One anecdote he told was about a haunting in the White House.

“President Harry S. Truman wrote about the ghost over and over in letters to his wife,” Belanger said. “To quote the president, ‘Sure as shooting, this place is haunted,’” said Belanger who worked in a joke. “He would hear footsteps walking around ... (then as someone’s cellphone went off in the audience), he would hear, like, a cellphone ringing.”

Belanger also had some serious info about the origins of our beloved Halloween holiday.

“Our Celtic ancestors believed that on Oct. 31, when the veil between the world of the living and world of the dead is at its thinnest, the goddess Morrigan would come through, bringing hordes of ghosts and monsters, imps and fairies into our world and meddle in our affairs,” Belanger explained adding that the date is not an accident.

The date of Oct. 31 “was picked because it’s halfway between the autumnal equinox and the winter solstice ... They believed the veil is thin so they would light bonfires to light the dark night, they would leave out food offerings for the dead, they would dress up their children as ghosts and monsters.

“So when all these hordes of creatures came forth, they would be confused and not snatch up the children and bring them back down below.”

Today, Halloween is the second biggest consumer holiday next to Christmas, said Belanger who grew up in Sandy Hook, Conn.

During the Q&A, Belanger was asked if he had ghost experiences of his own.

“It’s extremely rare for me to have a ghost experience. I’m what they call ‘insensitive’ — you can ask my wife,” said Belanger.

“I’ve had a few visual experiences. I’ve had plenty of things I’ve heard ... I’m like, it’s usually inconclusive for me ... We’ve heard footsteps, and then you run over and you go, ‘OK, there’s no one there, sure sounded like phantom footsteps, but I don’t know.’”

He’s also the writer and research for the “Ghost Adventures” series, and he’s been a guest on hundreds of television and radio networks and programs, including History, Travel Channel, Biography Channel, PBS, CBS Sunday Morning, NPR, BBC and Coast to Coast AM.

The ghost hunters of Conway