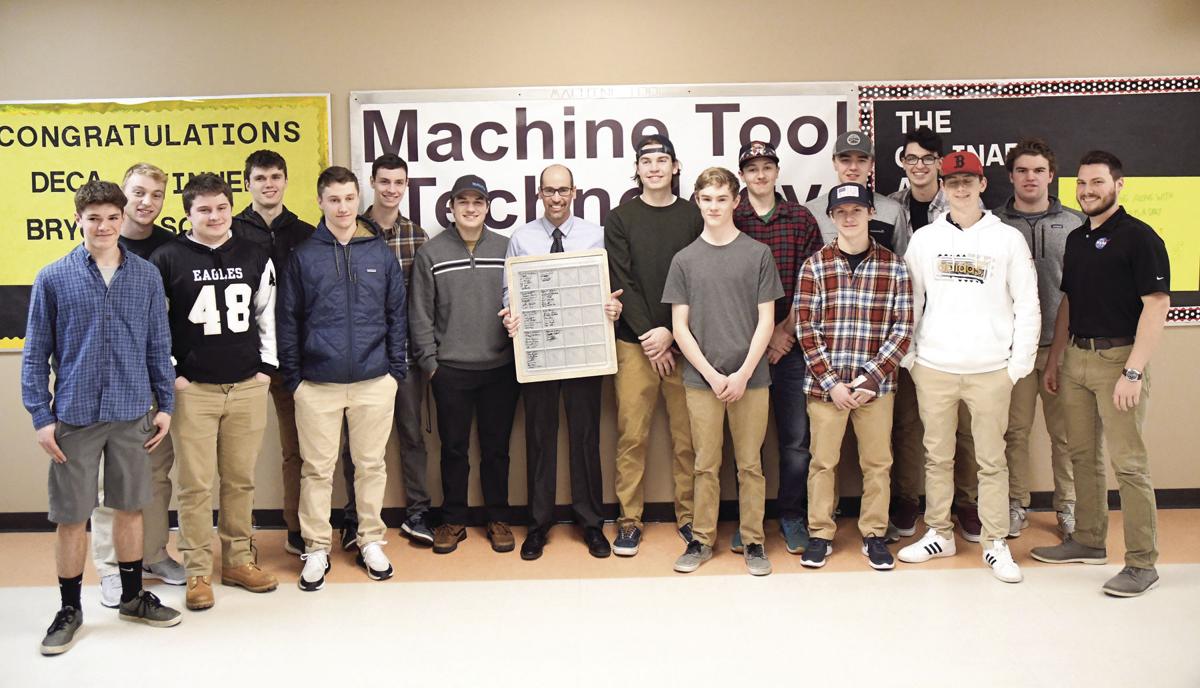 Kennett High machine tool teacher Andy Shaw (center) holds a NASA locker panel that will head to the International Space Station this fall. Tyler Laurie (right) of NASA brought the locker to KHS on March 5 for the advanced manufacturing students to sign to recognize them for designing flight hardware for NASA. (LLOYD JONES PHOTO) 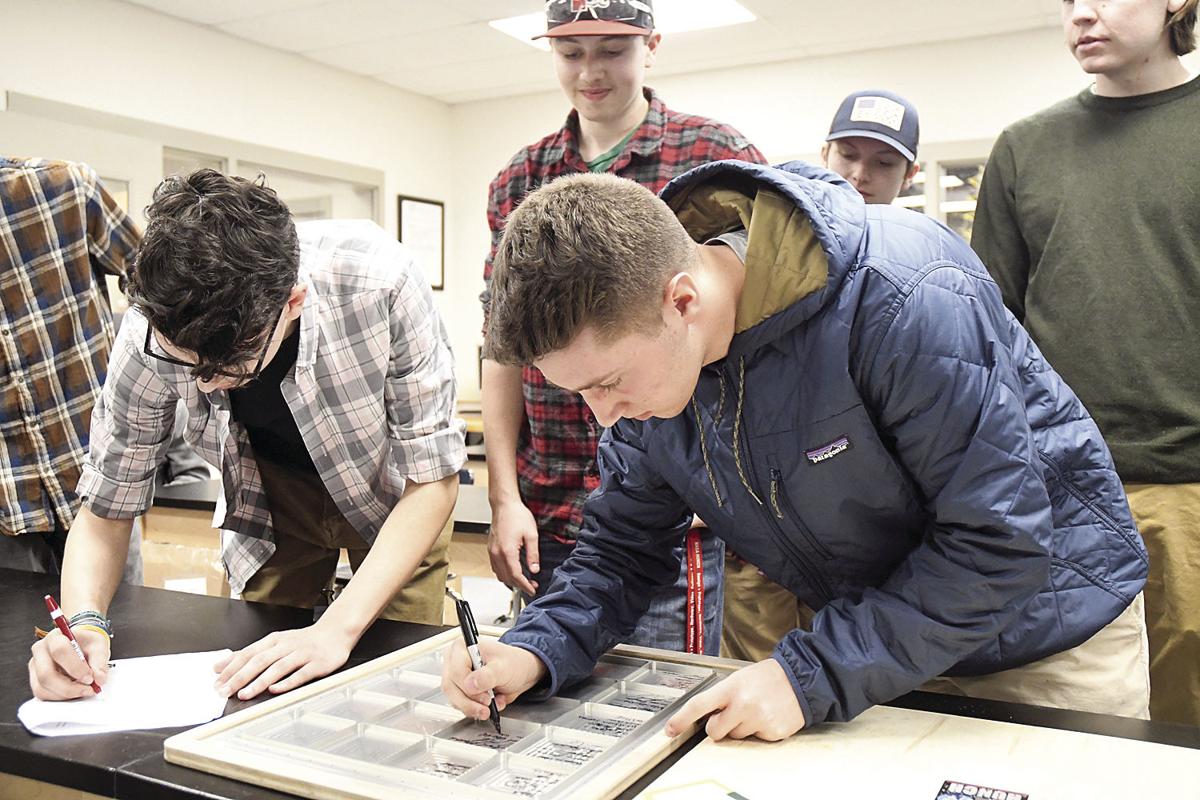 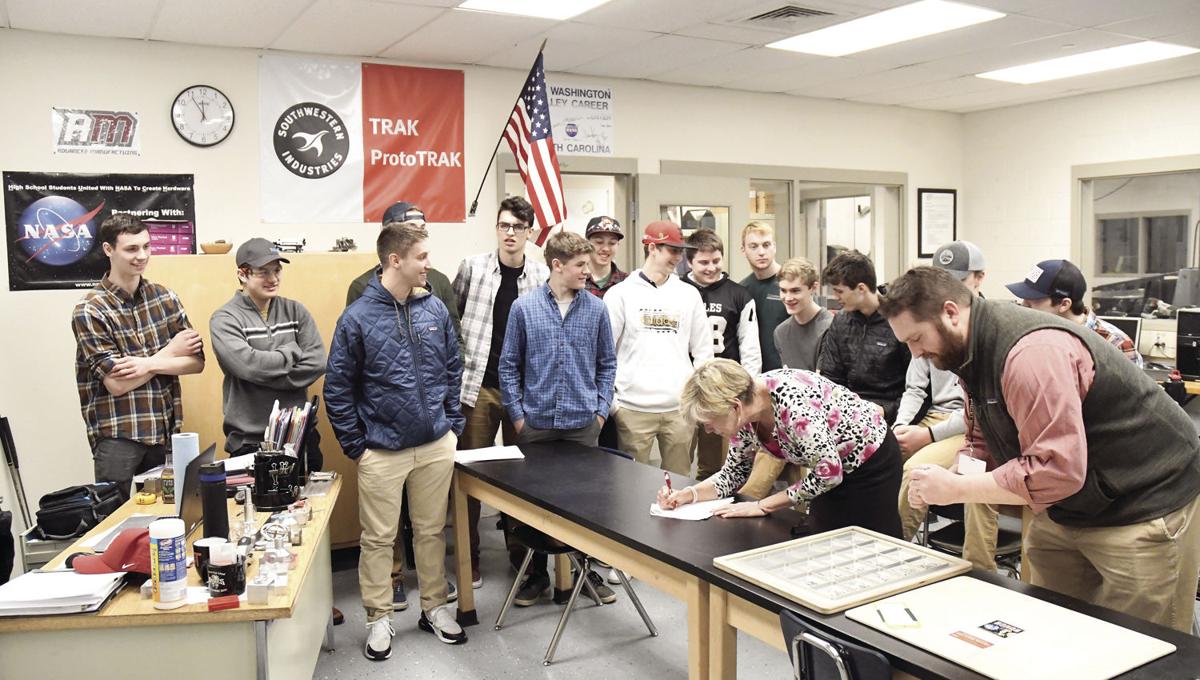 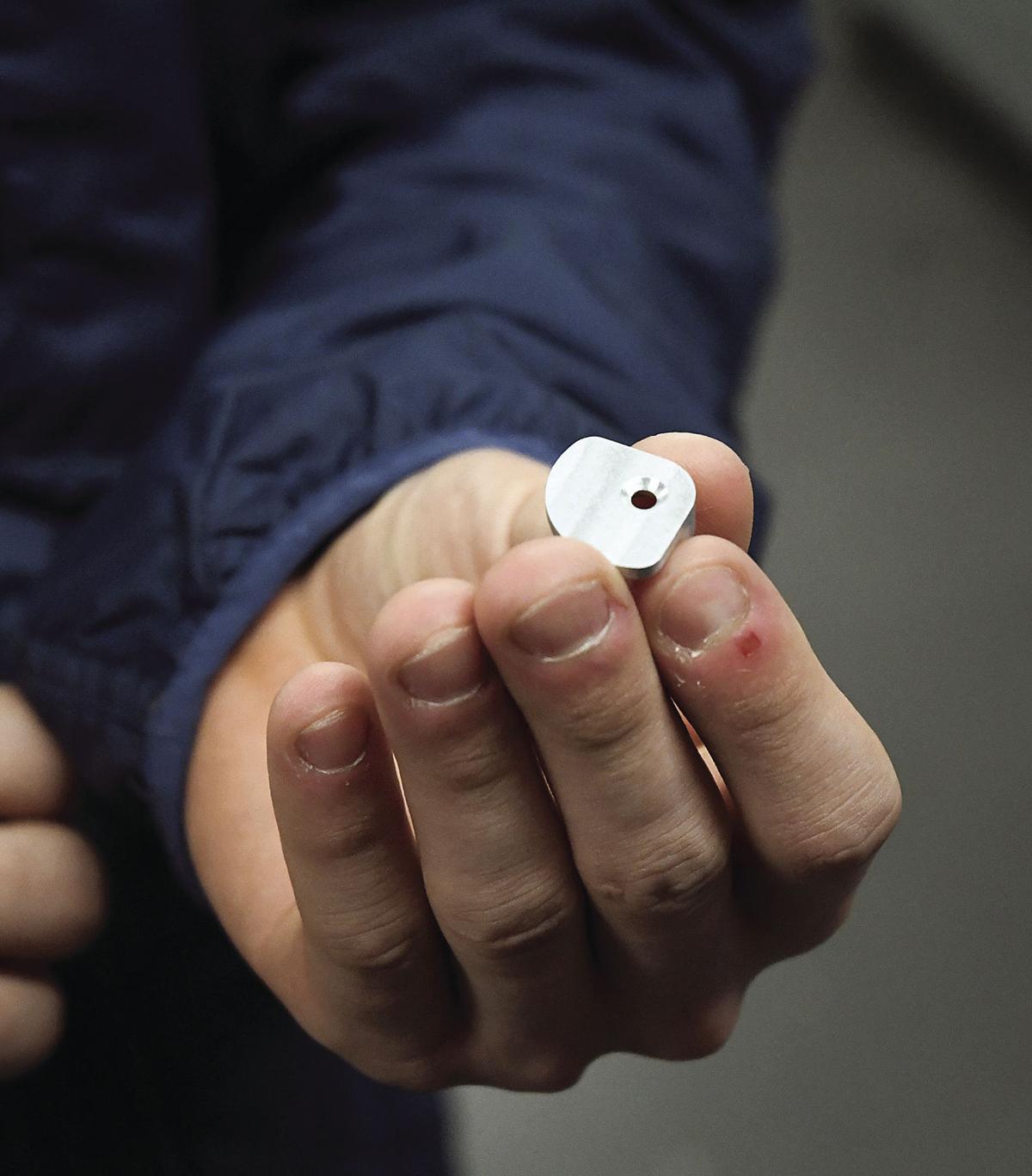 Junior Parker Coleman shows a piece of flight hardware he an his Kennett High classmates designed and manufactured for NASA on March 5. (LLOYD JONES PHOTO) 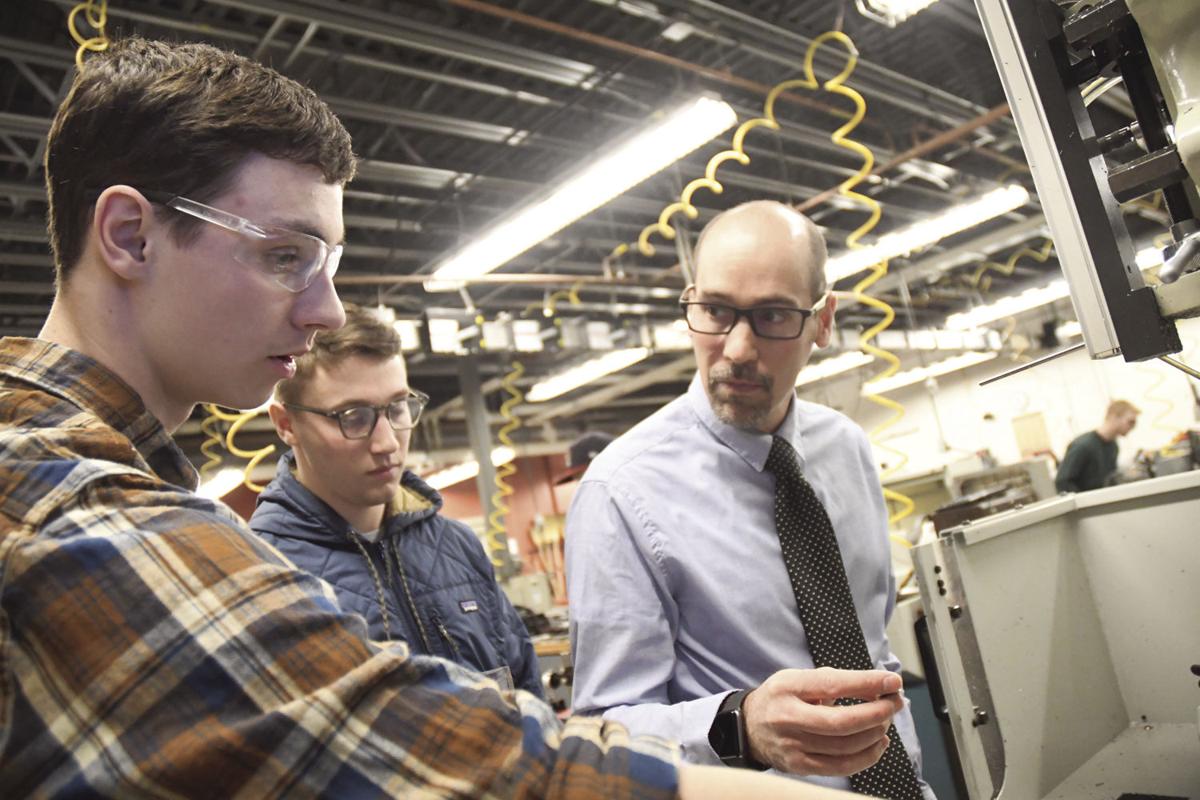 Kennett High machine tool teacher Andy Shaw (center) holds a NASA locker panel that will head to the International Space Station this fall. Tyler Laurie (right) of NASA brought the locker to KHS on March 5 for the advanced manufacturing students to sign to recognize them for designing flight hardware for NASA. (LLOYD JONES PHOTO)

Junior Parker Coleman shows a piece of flight hardware he an his Kennett High classmates designed and manufactured for NASA on March 5. (LLOYD JONES PHOTO)

CONWAY — Along with countless other cancellations and disappointments caused by the COVID-19 pandemic was the derailing of plans for five Kennett High School students to intern with NASA across the country for the summer.

For a sixth consecutive year, KHS teacher Andy Shaw’s advanced manufacturing students were creating parts for the International Space Station and were well ahead of schedule in meeting their June deadline.

But after March 13, the students never went back to their classroom and shop at the Mount Washington Valley Career and Technical Center at Kennett High.

They had been invited over April vacation to the Johnson Space Center in Houston, where they were to be recognized by HUNCH (High School Students United with NASA to Create Hardware), an instructional partnership between the National Aeronautics and Space Administration and high schools.

Unfortunately, that trip had to be canceled along with the NASA internships.

Juniors Zachary Grzesik and Kevin Fay would have interned in Houston; senior Connor Glavin at the Glenn Research Center in Cleveland; and senior Gabe Mohla and junior Kyle Perry either at the Marshall Space Flight Center in Huntsville, Ala., or the Langley Research Center in Hampton, Va.

“Sadly, everything all kind of fell flat,” Shaw said by phone last week. “I know the boys were very disappointed. Hopefully, the juniors will get another opportunity next year. The good news is that HUNCH thinks so highly of our students that they want them.”

NASA so liked what the Eagles are producing that officials would like Shaw to run a HUNCH program next summer at the school. He also divulged that in June, NASA approached Shaw with a job offer.

“I’m flattered but I declined,” Shaw said. “This is my home, my community, and I love what I’m doing with the students.”

Shaw said he would need to talk with school administrators about the possibility of making HUNCH year-round at KHS.

One of the last times Shaw and his students were able to meet in person was on March 5, when they hosted Tyler Laurie from the Johnson Space Center. Laurie went through the HUNCH program while in high school in Texas and now works for NASA. He came to Kennett with a side panel of a locker to be flown to the International Space Station. The Eagles were given the opportunity to sign the locker — so their names will be going out of this world.

Laurie was impressed with the work ethic Shaw’s students displayed.

“Y’all been a really big key and a really important cog in this process,” he said. “So my thanks and NASA’s thanks for your support on the mission.”

There were a few design glitches with some of the parts, including with a 3-D printer screw, but Eagles came up with a replacement part at roughly one-third the price.

Before the pandemic hit, “things were finally going really well,” Shaw said. “We were only two or three weeks from completion.

“We tried to get back into the school, but NASA said it was willing to wait and wanted to make sure everyone was safe.”

Shaw said it was difficult not to be in the shop with the students, but he stayed in constant contact with them.

“We met by Zoom every day and did some sort of a lesson,” he said. “Every single student said it was their best class. They felt like they were in school for at least 45 minutes of their day.”

Kennett became partners with HUNCH in 2013 when Shaw received an odd email that summer.

“I got an email that June asking, ‘Would you like to give your students an opportunity to build parts for NASA?’” Shaw said. “I didn’t know if it was a joke or not. I responded, and it was real.”