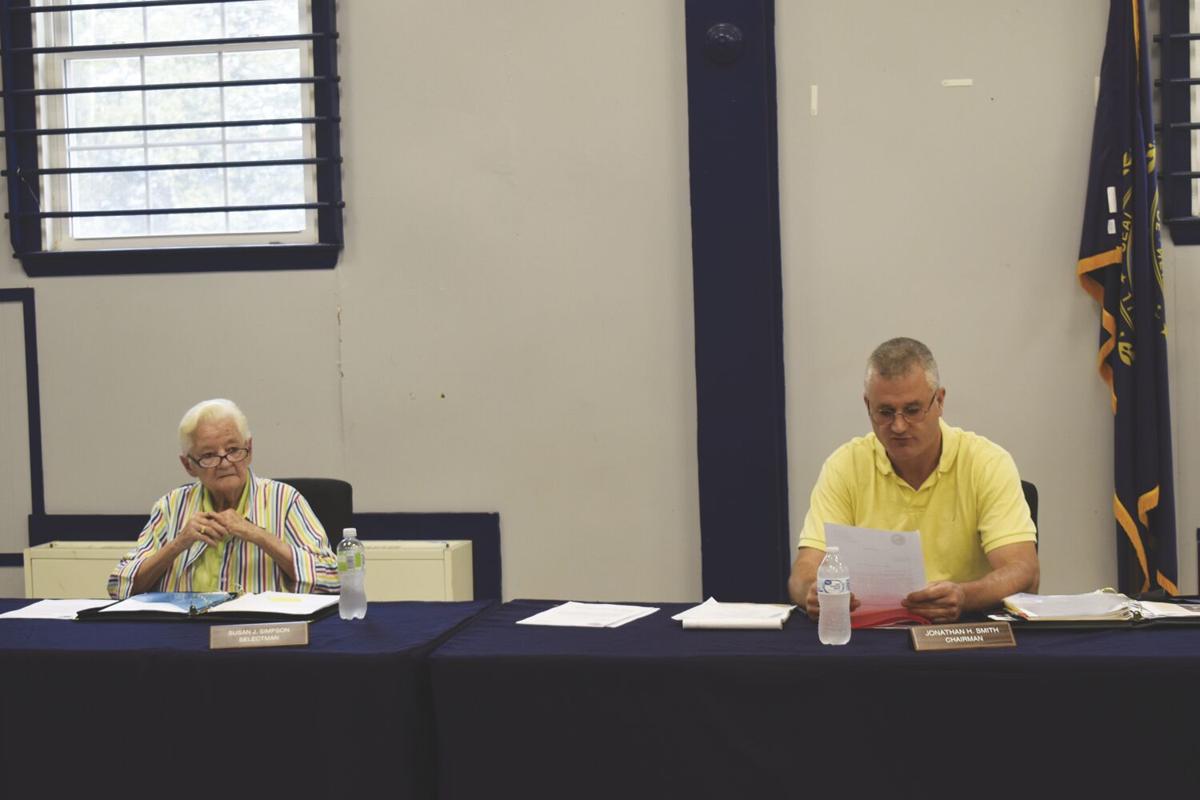 Ossipee selectmen Sue Simpson and Jonathan Smith Monday voted to accept any and all American Rescue Plan Act money that comes to the town. Smith had mixed feelings about that. (DAYMOND STEER PHOTO) 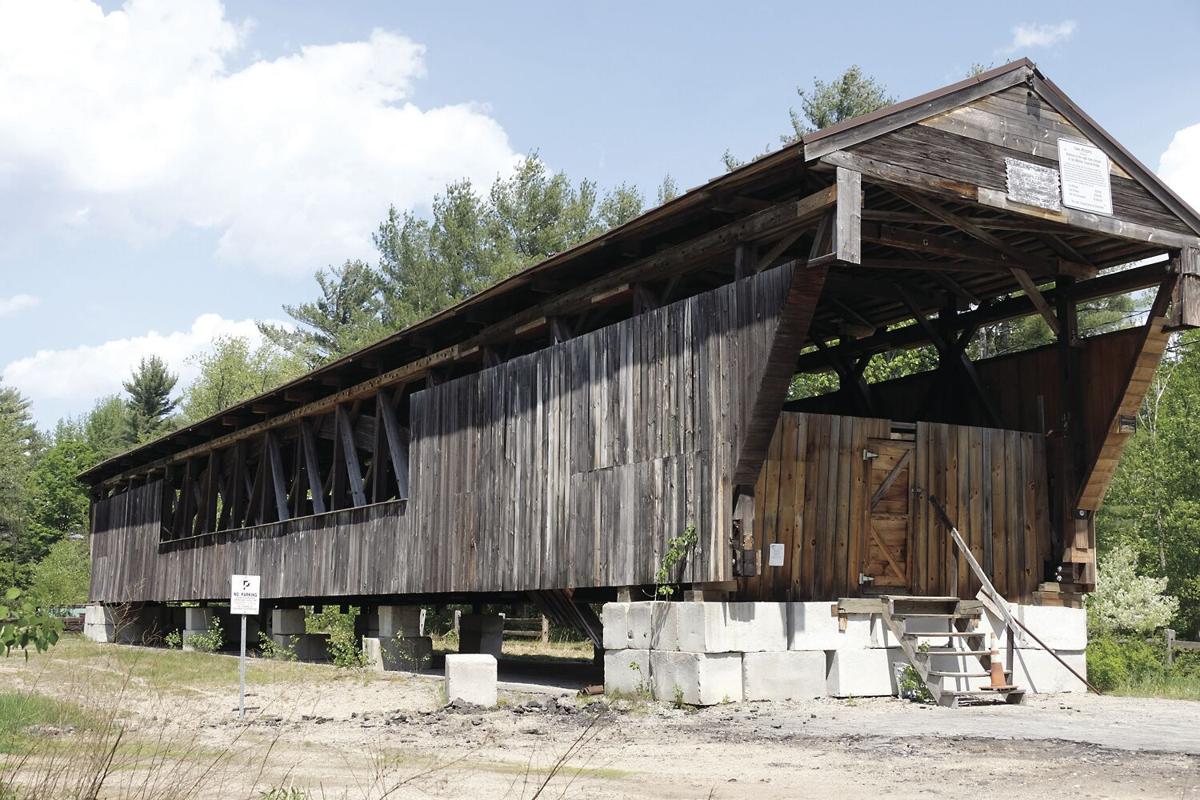 The Whittier Covered Bridge is seen in 2018. (FILE PHOTO)

Ossipee selectmen Sue Simpson and Jonathan Smith Monday voted to accept any and all American Rescue Plan Act money that comes to the town. Smith had mixed feelings about that. (DAYMOND STEER PHOTO)

The Whittier Covered Bridge is seen in 2018. (FILE PHOTO)

OSSIPEE — Selectmen Monday said they would use American Rescue Plan money to offset taxes and to finally finish an on-again off-again bridge project.

Signed into law by President Joe Biden in March, the $1.9 trillion rescue plan is meant to help communities and businesses get past the COVID-19 pandemic and its economic fallout.

The town of Ossipee will be receiving about $460,000 in federal money dispersed by the state over the next two years.

He said there's a possibility the town could get more money, so he advised selectmen to make a motion to accept any revenue that comes from the rescue plan.

Sawyer said much of the money will be used to reduce the 2022 tax rate and put the bridge back in service. Ossipee does not have the money in hand yet.

"It's not an elaborate spending plan," said selectmen's chairman Jonathan Smith adding about $130,000 of the rescue plan money would be used for the bridge.

Smith and Sawyer caution that there are a number of other variables that come into play when setting the tax rate.

Smith and Selectman Sue Simpson voted to accept the money.

Smith, who is a freshman Republican state representative, expressed mixed feelings about the money.

"My personal feeling on these this ARPA money is just putting the country deeper into the hole; $30 trillion in debt," said Smith. "Everybody knows that can't continue. That's a fact of the matter. We have an obligation to the taxpayers of Ossipee and make them whole and that's what we are doing here."

Resident Dallas Emery opined he wouldn't take the money because "the federal government is a snake right now."

Smith said the bridge should be done in the fall of 2022.

The Whittier Covered Bridge hasn’t been open since 2008. The town-owned bridge sits off Nudd Road, which is off Route 25. When it was in service, it spanned the Bearcamp River. If put back, it would connect Nudd Road and Covered Bridge Road, off Route 16. Meaning, it would be a shortcut for people going traveling on 25 and 16.

The project has been put out to bid three times this year with the first couple times this year getting no bidders. Last time, contractors said they were too booked. At the June 14 meeting, town officials opened bids from ME Latulippe Construction of Ashland for $1,732,426 million, GW Brooks of Freedom $1,714,059 and CPM Constructors of Freeport Maine of $1,653,426.

Sawyer said he expects to enter into a contract with a vendor this week.

The bids in June were much higher than the original cost estimate of about $980,000. Now, it's in the neighborhood of $1.7 million.

Emery also said the bridge wouldn't have cost as much if it were done sooner.

Conway to wait for money

Conway Town Manager Tom Holmes told the Sun in an email that Conway selectmen will wait until they receive the money before putting the hearing on the agenda. Conway is expecting a little over $1 million between this year and next.

Freedom also held its public hearing Monday. Freedom is expecting about $165,000 over two years. The money is meant to replace lost revenue. Town administrator Ellen White says that selectmen must hold public hearings before accepting unexpected revenue over $10,000. She said towns need to apply by Aug. 18.

Former selectman Alan Fall suggested the money could be used for Durgin Hill Bridge. White would have to look and see if the that project would qualify.

One man who identified himself to the Sun simply as Andrew asked Freedom selectmen if it would obligate the town to accept illegal immigrants. Selectmen said accepting the money wouldn't have a bearing on accepting illegal immigrants and the town already has a general welfare obligation.

"That's good to hear, take all you can get," said Andrew.

Freedom selectmen's Chair Les Babb said that Andrew was right to be wary of federal strings. He said there was public money available to build the town's public safety building for just under $1 million in 2011.

"If we took the million dollar grant from the federal government it would have cost us almost $3 million to build," Babb said.

Freedom selectmen expect to vote on uses for the money at their meeting Aug. 2. White said she would apply for the money Tuesday (July 27).

"We will be voting to accept the funds at our next week's selectmen’s meeting," said Chandler Tuesday adding the next meeting is Aug. 4.

Tamworth selectmen are applying for money and expect $300,000 over two years. A public hearing will be held after they receive money, chair Becky Mason said in an email Tuesday.

Madison has applied for money and has not scheduled hearings yet, said Administrator Linda Shackford.

Jackson has not scheduled its hearing.

To see how much your New Hampshire town is estimated to be awarded go here tinyurl.com/pst3cnnr. It appears that Madison is eligible for $273,000.