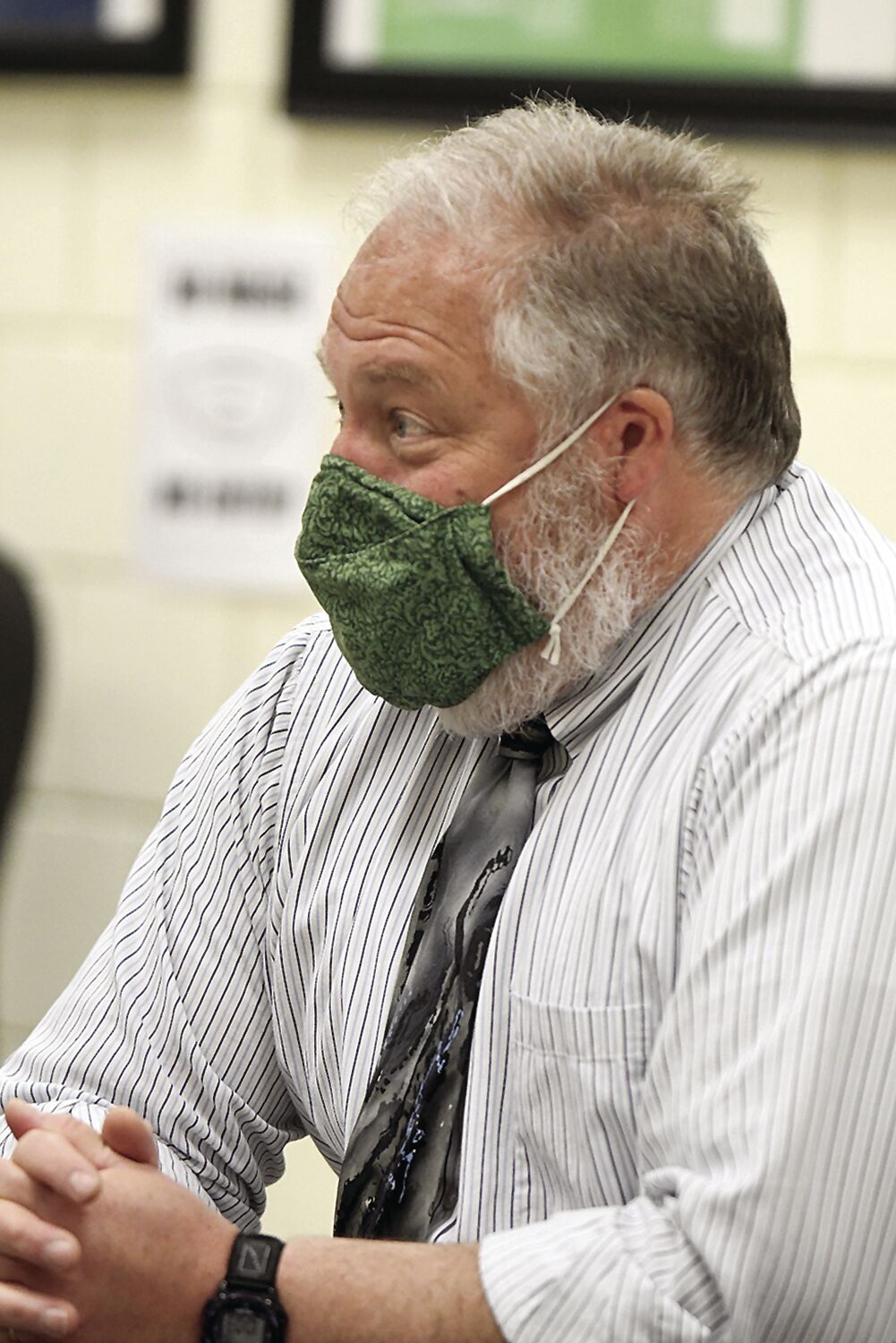 CONWAY — “We need to get the message out — if you want to utilize federal dollars towards the window project at the high school — you have to pass Article 2,” Superintendent Kevin Richard said during a special meeting of the Conway School Board on Wednesday night.

Voting on the school and town warrants is this Tuesday at Kennett High School from 8 a.m.-7 p.m.

At the meeting, the lone agenda item was a discussion about using federal ESSER II money to help offset the cost of the window project at Kennett High School.

The district learned Friday that a portion of the $1,979,541 earmarked for the Conway School District in federal education funds from the American Rescue Plan Elementary and Secondary School Emergency Relief Fund can be used towards the window project.

The school board voted unanimously to support the use of $650,000 in this latest round of ESSER 2 funding for the window project via Zoom on Wednesday.

Also, during the meeting, five members of the Conway Municipal Budget Committee — Chairman Jim LeFebvre, Vice Chairman Peter Donohoe, Ellin Leonard, Michael Fougere and Frank Jost — all pledged their support to Article 2 and offered their services to hold signs and distribute pamphlets at the polls on Tuesday.

According to the state Department of Education, that brings the total COVID-19 relief funds to over $650 million.

There are two window articles on the school warrant — Article 2, which is the bond and needs at least 60 percent voter support to pass, and Article 2-A, which states: “Should Article 2 fail to approve the issuance of $1,186,345 of bonds, to see if the District will vote to raise and appropriate the sum of $636,345 to be added to the Expendable Trust Fund (new Kennett High School Facilities Maintenance Fund) established for that purpose in 2007, for the purpose of replacing the windows and related improvements at Kennett High School. In the following year’s tuition calculation, approximately $418,906 will offset this amount from the sending towns.”

“In talking with the attorneys and the other folks, you could essentially say we aren't going to bond anything because the language here authorizes you to negotiate such bonds, and if you negotiate no bond or no need, then you can do as you see fit. So, you could take that $650,000 and get that project going.”

There’s also a good chance the board may not have to seek a bond, and that additional ESSER III funding, Conway would be in line to receive an additional $3 million, which should be announced this summer, with a portion of those funds going to pay off the $1,186,345 tab for the project.

“There’s good confidence with this funding that we may not have to bond the windows at all,” Richard said Thursday.

“If worst-case scenario, and you don't get the second allocation of monies, you could tap into the High School Maintenance Trust Fund for the remainder of the work,” he said Wednesday. “There's a very strong probability, high percentage of confidence that we will get the additional monies to finish up that job.”

If the federal funding is used to pay for the entire project, that would be good news for the sending towns, too. They were on the hook for $418,906 as their share of the project, but that wouldn’t happen due to the ESSER funds.

Article 2A “restricts” the board from using any of the federal funds for the project.

Richard explained that whenever federal funds are allocated, the SAU needs to write a grant proposal to the state Department of Education outlining the intent for the money. On Tuesday, the DOE signed off on the use of $650,000 for the high school window project.

“If you don’t want your taxes to go up, vote for the bond (Article 2),” School Chairman Joe Lentini said.

He added: “The biggest thing for us is, how do we explain it to people? We need everyone to know this is absolutely the best way to go.”

“It seems like very good timing,” he said. “We need to get organized with board members holding signs at the polls to help educate the public towards voting for Article 2.”

Richard asked the board to take a position on using an initial $650,000 in ESSER funding to go towards payment for the windows.

“If you aren’t unified on this, it will send a mixed message to the public,” said Richard.

Lentini made a motion to support the use of the ESSER money. Colleague Bill Aughton seconded the motion, which was approved, 7-0.

“I would say that the district is very fortunate to think of a positive that comes out of this COVID-19 situation, said Davison. “This is a total positive for the district utilize those funds.”

The school board learned in June that the windows would need to be replaced since the current ones have become brittle and are falling apart.

The board invited eight businesses to take part in the bidding process to replace all 511 windows at the now 14-year-old school. Just two submitted proposals.

Lockheed Window Corp. came in below the $1.3 million that the board had originally thought the project may cost, at $1,186,345.