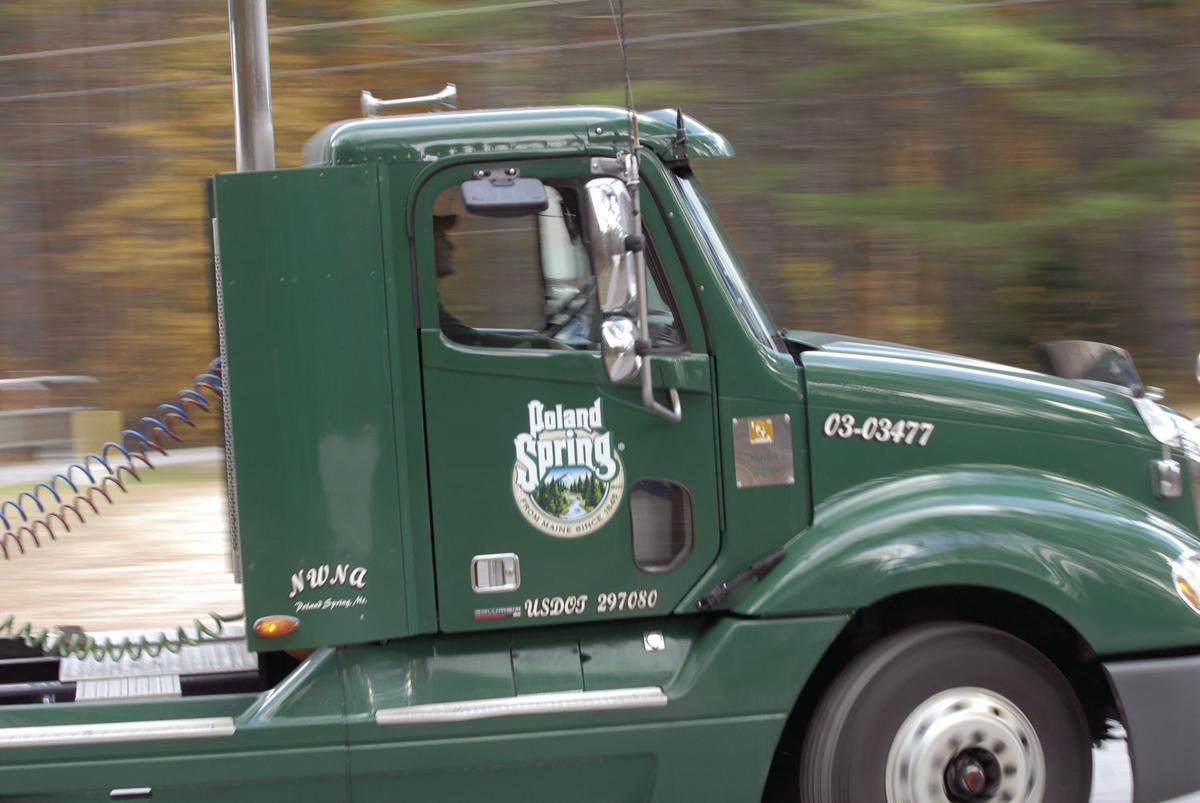 Poland Spring extracts water in Fryeburg and other towns in Maine. (FILE PHOTO) 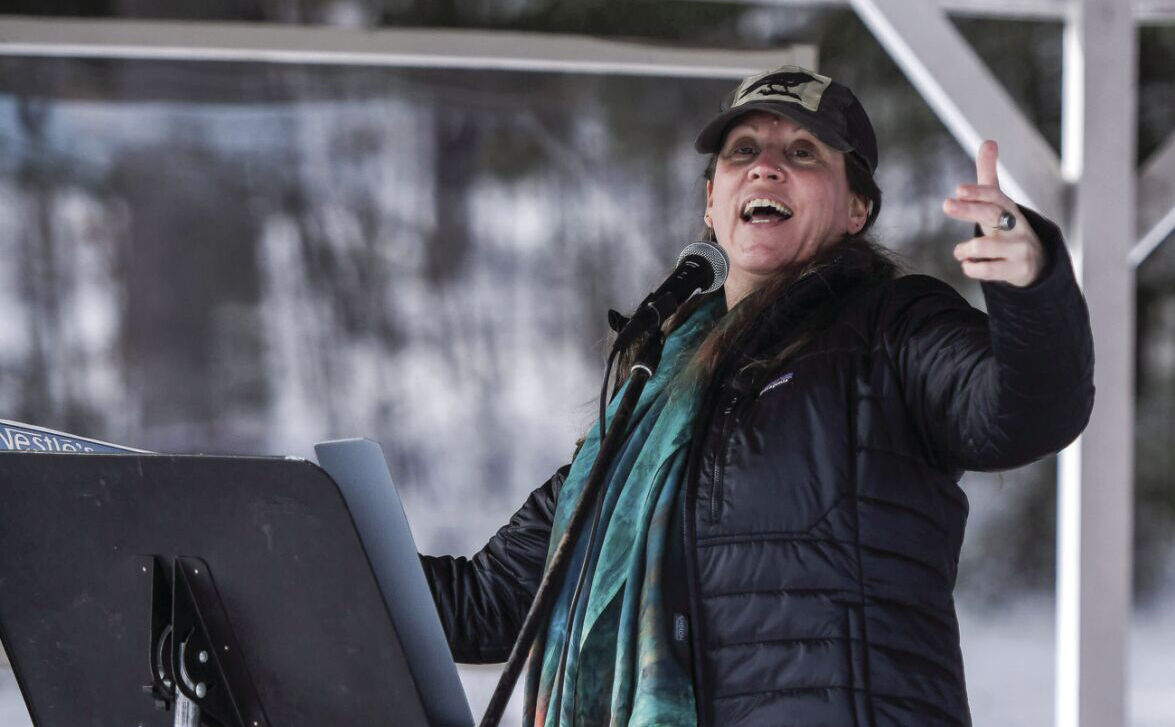 Poland Spring extracts water in Fryeburg and other towns in Maine. (FILE PHOTO)

FRYEBURG, Maine — The sale of Poland Spring Brand Natural Spring Water, which gets water from springs around Fryeburg, to One Rock Capital Partners LLC and Metropoulos & Co. was announced March 31 as part of the private equity firms' previously announced acquisition of Nestle Waters North America, including Poland Spring, from Nestle S.A.

According to Vending Times, Dean Metropoulos, an industry veteran with 40 years of experience operating and investing in food and beverage brands, has been appointed chairman and interim CEO of Nestle Waters North America.

Metropoulus & Co describes itself as a "family-owned investment firm" and is based in Greenwich, Conn.

According to its website, One Rock was formed in 2010 by Tony W. Lee and R. Scott Spielvogel, formerly managing directors at Ripplewood Holdings. Mitsubishi Corp. is One Rock’s strategic partner and largest investor. It has offices in New York and Los Angeles.

Stamford, Conn.-based Nestle Waters employs about 7,230 people in the U.S. and Canada.

The Poland Spring brand gets water from eight spring sites in Maine, including Evergreen Spring in Fryeburg.

During a town vote in 2017, residents refused to allow selectmen to sell about 100 acres of land at the Eastern Slope Regional Airport which Poland Spring had hoped to use as a bottling plant. The article failed 600-259.

Poland Spring has been in Fryeburg for about 24 years. In 2016, Maine's Supreme Judicial Court upheld the Maine Public Utilities Commission contract between Fryeburg Water Co. and Nestle Waters North America. The contract, which involves a lease for facilities, is for 20 years with options for five five-year extensions.

The minimum purchase per year was 75 million gallons, meaning Poland Spring had to pay for that much but didn't necessarily need to take that number of gallons.

The Sun reached out to the PUC to ask how the sale might affect the contract.

"The effect the sale may have on existing contracts should be determined by the parties involved in the sale by reviewing contract language," Maine Public Utilities Commission Media Liaison  Susan Faloon

News of the proposed sale of Nestle to private equity firms broke last year. On March 18, thousands of people participated in a "Virtual Rally to Reclaim Nestle's Troubled Waters." The online event was partly organized by Nickie Sekera of Fryeburg and her son, Luke Sekera, of Community Water Justice.

"This deal lacks transparency about critical specifics of the sale," Community Water Justice said on its Facebook page. While Nestle said it included all of Nestle Waters’s U.S. factories, warehouses, offices and branches, " the omission of its mention of land and permits raise many questions," said Community Water Justice. "What investments might Nestle still have in this new business arrangement?"

Poland Spring owns about 460 acres of land in Fryeburg.

"While One Rock Capital and Metropoulos & Co say that their priority is to make the water brands 'more profitable,' we know that means Maine residents and our natural environment will ultimately be getting an even shorter end of the stick," said Community Water Justice on its Facebook page.

"No good steward would sell off the water commons to predatory investors to more deeply entrench the privatization of our most valuable life source," it said.

"We support causes and organizations across the state that are important to Mainers and align with our business values. The acquisition has just been completed, and our leadership teams are working together to shape our forward-looking strategy.

"There are still a lot of details to be finalized, and we will provide relevant information as it is available. In the meantime, we remain focused on our current operations, including our commitment to the communities where we live and operate. The company’s new owners will continue to support our commitment to investing in and partnering with local communities.”

Asked if the sale would affect local water rates, Fryeburg selectmen's chair Tom Klinepeter said, "The rates the water company charges is set by the PUC, not the company."

Maine state Sen. Richard Bennett (R-Oxford) sits on the Environment and Natural Resources Committee of the Maine Legislature. Bennett said he would like to know details of the Nestle Waters deal, such as which springs are being purchased and what the new owners' commitment to sustainability is.

"I want to make sure the public is protected here and that our water supply is protected," said Bennett.

Bennett is president and CEO of ValueEdge Advisors LLC, a company that specializes in responsible investing. Bennett said both One Rock and Metropoulos are known for turning around businesses that aren't performing well.

"Sometimes that can be done in a very enlightened way, which unlocks assets that are sort of dormant but need certain nourishment and nurturing," said Bennett.

"And sometimes it's more of the 'Chainsaw Al Dunlap' approach where you have somebody come in to juice value in the short run ... but that over the long run for the company, as well as for the communities that are affected, can be very damaging," Bennett said, referring to the late chairman and CEO of Sunbeam who was known for massive layoffs.

Over the years Poland Spring has given grants to the Fryeburg Fire and Police Departments, the Fryeburg Fair and scholarships to Maine students.

"I would expect the sale would not change grant availability," said Fire Chief Andy Dufresne. "The folks within the organization locally are community members in partnership with local public safety and work hard to assist us with grant opportunities."

During the virtual rally, congresswoman Rashida Tlaib (D-Michigan) who represents her state's 13th district, said she thought the sale was "very disturbing." She said Nestle's pumping of the Ice Mountain Well is "negatively affecting lakes and steams" in Michigan.

"Nestle is already making massive profits with inadequate safeguards, and our environment is suffering," said Tliab. "If a private equity company is buying this operation, they must think that there still costs to be cut more money to squeeze out of our land. When it comes to our water, there is no room for shortcuts."

"We support causes and organizations across the state that are important to Mainers and align with our business values. The acquisition has just been completed, and our leadership teams are working together to shape our forward-looking strategy.

"There are still a lot of details to be finalized, and we will provide relevant information as it is available. In the meantime, we remain focused on our current operations, including our commitment to the communities where we live and operate. The company’s new owners will continue to support our commitment to investing in and partnering with local communities.”

Wow, talk about "Corporate Speak". The art of saying a lot while saying nothing. Did their PR Department come up with this.

I don't trust them already... We need to keep a very close eye on this.