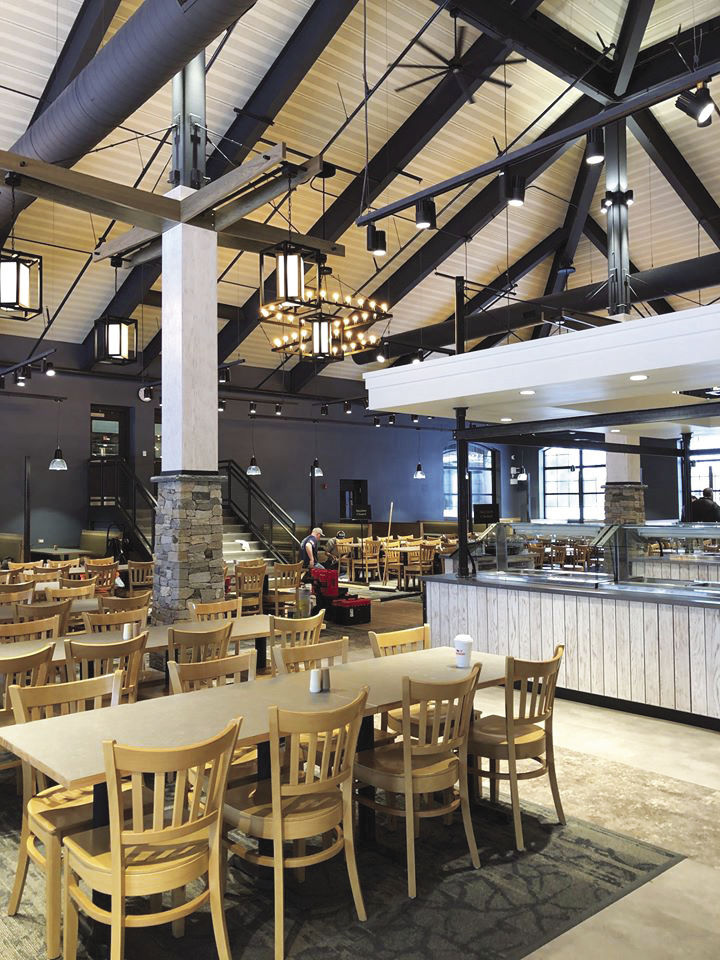 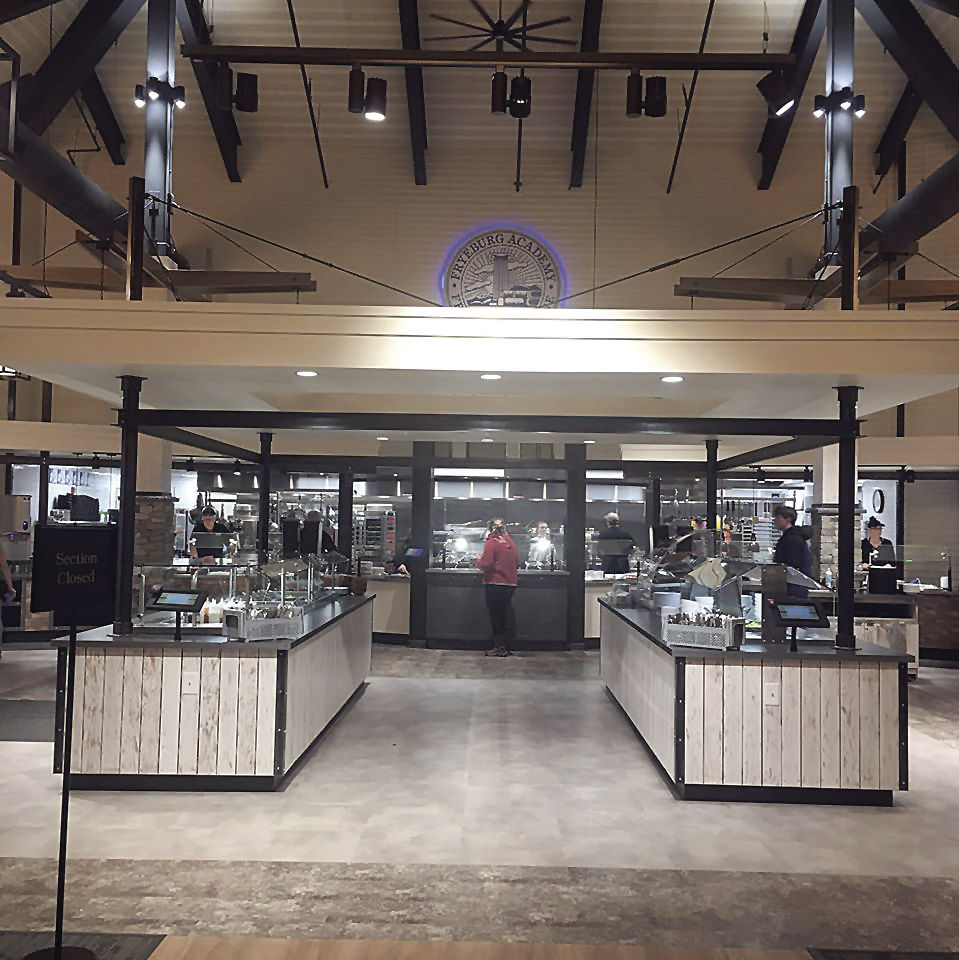 FRYEBURG, Maine — Fryeburg Academy on Monday marked the opening of the $6.5 million Thomas D. Shaffner Hall, which includes a snappy new dining room and is part of a project that will include a counseling center and student union.

Named for a longtime trustee, parent and benefactor, the 10,000-square-foot Shaffner Hall encompasses the relocated Elroy O. and Marion LaCasce Dining Room and expands seating from 180 to 342.

The dining room is named after a former headmaster and his wife, who were honored with the naming of the original facility in 1984, according to Head of School Erin Mayo. LaCasce served as headmaster from 1922-55.

The first use of the dining room was this Sunday, when residential students returned from Christmas vacation, Mayo said. Faculty and day students joined them on Monday following a school assembly during which school officials outlined the facility’s new three self-pay stations and five food stations, Mayo said.

“It was nothing too formal last night and Monday,” she said. “And today, the second full day, things are going well.

“We plan to have a wider celebration, an inaugural dinner, for invited guests on Feb. 7 in recognition of the generosity of donors who contributed to the success of our ‘Students in the Center’ capital campaign,” Mayo said.

Phase II of the project begins this week and is slated to be completed by the fall, according to Mayo. It will include restoration of the existing wing of Shaffner Hall, previously called the LaCasce Building and former home of the dining room and student union.

The space will be renovated to add three classrooms, along with the Theodore P. Blaich Post-Secondary Counseling Center and a revamped student union. Altogether, the new facilities will total 21,600 square feet and cost about $9 million.

Architect for the project is Mark Connor of Connor Architecture of Lexington, Mass., a firm that specializes in school and university projects.

Shaffner (1935-2016) made a bequest to the school during his battle with cancer, Mayo said. “His two sons (Michael and Joe) attended the academy, and he served as a trustee. He was a strong supporter of the school,” she said, adding that son Joe (Class of 1981) is now a board trustee.

Shaffner served as a trustee from 2001-11, acting as treasurer. He joined Dearborn Tubular Products (later acquired by Hunting PLC) and worked there for 30 years.

Mayo said the capital project was approved by the Fryeburg Academy Board of Trustees in the fall of 2017. A $1.5 million “Students in the Center” capital campaign was launched in spring 2018. The campaign raised more than $1.9 million. “We have drawn on some cash reserves and taken on some new financing,” said Mayo this week.

At the academy’s alumni reunion banquet in August, she thanked all who had been part of the campaign, noting, “Yet again, the faithful support of Academy alums and friends has enabled a huge stride for our school community.”

She echoed those comments this week, telling the Sun, “This is the first major addition to the campus since the ‘Phoenix Project’ in 2009 for construction of both the new Gibson gym and the Leura Hill Eastman Performing Arts Center.

“As head of school, I must say that it is an exciting new step in evolving an already unusually beautiful campus. I think it is tremendous to double the seating capacity for dining and to have so many of the faculty, students and staff in there at the same time. It feels like a really good place to come together and have a community experience.”

According to the school’s website, the new dining hall gives students a wide variety of food to choose from, including a self-serve salad bar, sandwich station, brick-oven pizza station and homemade desserts

Self-checkout scanners at the end of each food station help expedite the purchase of food items. Money accounts are self-managed online at mykidsspending.com to load student’s FA ID cards with more funds.

According to the school, the dining hall staff prepares more than 4,200 meals over 19 sittings per week. Nearly 23 percent of all of the facility’s food products are bought locally, with 2 percent of vegetables and fruits sourced directly from local farms.

Plans to expand farm-to-table menu options are underway as officials increase the size and operation of the Academy Farm.

The academy also has worked in the past few years to decrease food waste and create a robust recycling effort.

Founded in 1792, Fryeburg Academy is a private boarding and day school serving grades 9-12 and offering a postgraduate year. For more information, call (207) 935-2001 or go to fryeburgacademy.org.