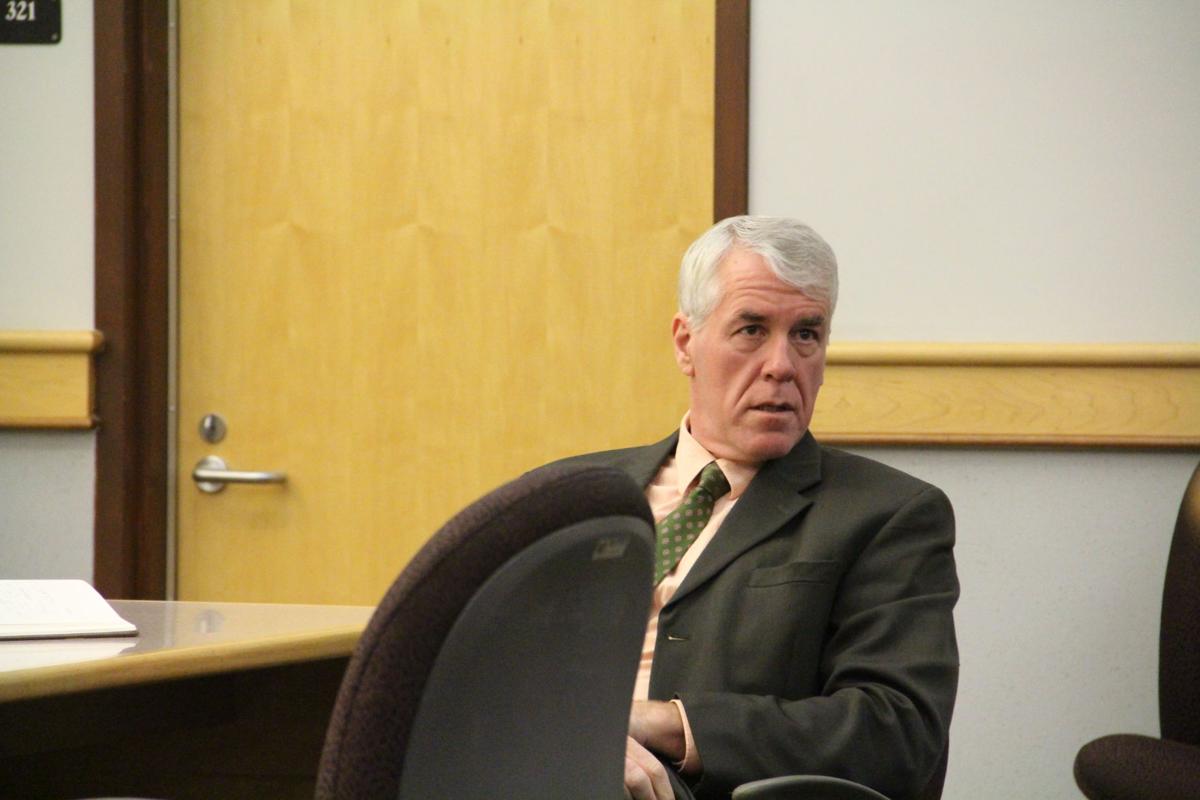 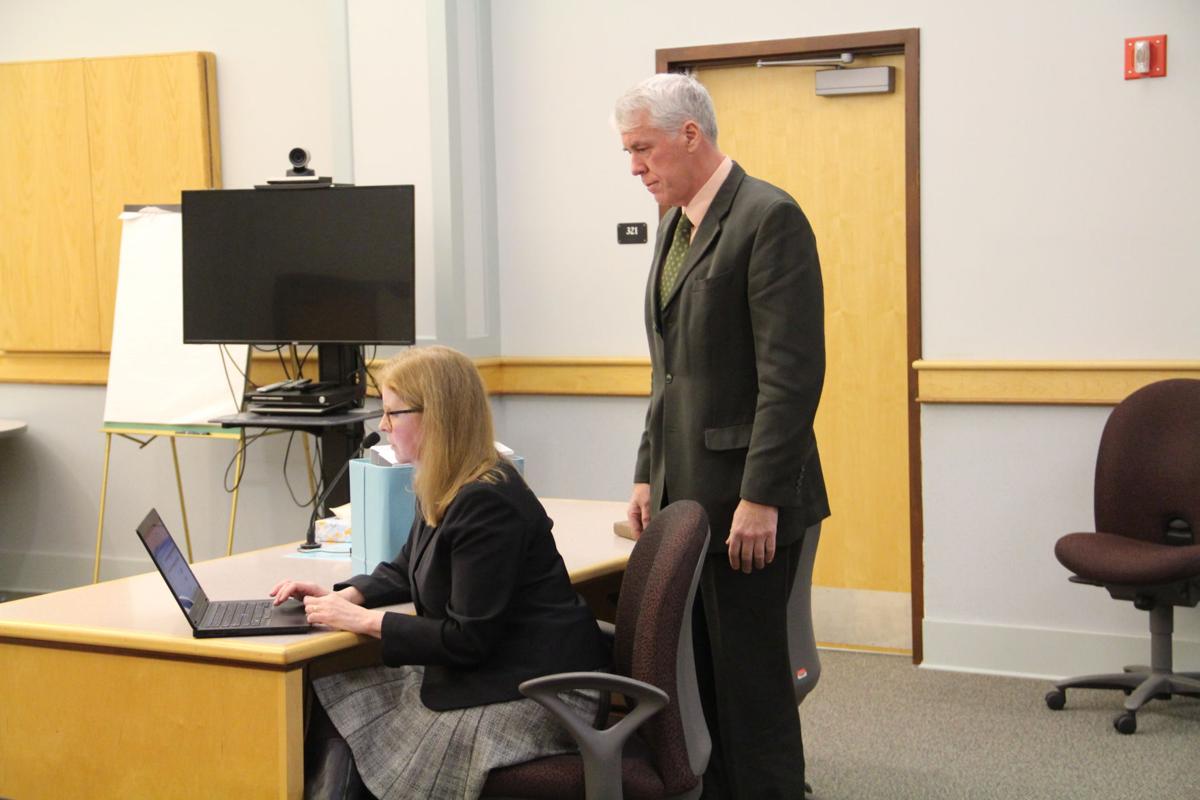 The state has filed four motions in limine, seeking to exclude or limit evidence it feels is inadmissible or highly prejudicial if presented to a jury.

The defense has countered that the evidence cited is relevant and provides context for their argument that the alleged victim, Emily Jacobs, was trying to get back at Woodburn for ending their relationship.

At the time of his arrest in August 2018, Woodburn was a state senator and Senate minority leader. Jacobs was head of the Coos County Democratic Party and a candidate for Coos County treasurer.

Arguing the state’s case, Senior Assistant Attorney General Geoffrey Ward said the defense is trying to make the relationship between Woodburn and Jacobs the focus of the trial. He said the focus needs to remain on the nine charges against Woodburn.

The state is seeking to exclude any reference to certain personal items Jacobs returned to Woodburn and to sexual assault allegations allegedly made by Jacobs. The state also wants to limit cross-examination on how Jacobs obtained Woodburn’s diary and her taping of the defendant.

Ward argued that the personal items are not relevant to the case and the defense’s only reason for introducing them is to embarrass and humiliate the victim. He said the prejudicial effect of the items outweighs any value they might provide. Ward said the state has not charged Woodburn with sexual assault and the trial should focus on the nine counts.

The state is asking that the defense be barred from cross-examining Jacobs about whether she violated state statutes in making recordings of Woodburn without his apparent knowledge.

The state also wants to preclude the defense from accusing Jacobs of stealing Woodburn’s journal. Ward argued the defense should be allowed only to ask Jacobs whether she took the journal from Woodburn’s home.

Ward said the defense is free to inquire about a “proffer letter” Jacobs received from the N.H. Attorney-General’s office, guaranteeing her that any information she provided would not be used against her in a criminal prosecution.

Defense attorney Donna Brown said the evidence the state is trying to exclude is important to her client’s right to a fair trial and to cross-examine witnesses against him.

She noted the motions span a four-month period starting on June 25, 2018, when Woodburn sent Jacobs a message that he was “done communicating.” Later talking to him, the defense alleges Jacobs put the call on speaker phone so her friend, Arthur McGrath, could listen.

A week after the breakup, Brown said Woodburn received a voice message from a joint counselor the couple were seeing, warning him that Jacobs wanted to get back at him and he should be cautious.

For the next four months, the defense alleges Jacobs was intent on gathering damaging evidence against Woodburn while at times sending signals she wanted to reconcile.

The day after the pair marched in the Gorham July Fourth parade, the defense said Jacobs sent Woodburn a text asking if he missed hugging her. But on July 11, Brown said Jacobs and McGrath were putting together a list of Woodburn’s alleged bad behavior.

In August 2018, Brown said Jacobs’ personal lawyer had arranged for her to return some of Woodburn’s furniture, clothing, books and other items to the Whitefield Police Station.

When Woodburn went to retrieve the items, some personal items had been included. Brown said her client believed Jacobs was sending him a message that she was still interested in a physical relationship.

Brown said Jacobs allegedly told McGrath that Woodburn had sexually assaulted her back in January 2017 after attending the Governor’s Inaugural Ball. But she pointed out when questioned by the Attorney General’s Office, Jacobs had trouble remembering details. Furthermore, Brown said Jacobs gave Woodburn a framed picture of the two of them taken that night, and after the relationship ended asked for its return. The defense, she said, wants to question Jacobs about the incident because they believe it reflects on her credibility.

Bornstein asked if the victim has recanted the sexual assault allegation.

Ward said no and explained that when his office interviewed her about it, she was emotionally unable to talk about it. He said she asked for the photo because she was taking back control of her life.

Brown said Woodburn thought he had lost his journal until he received a text from Jacobs on July 15 that read, “You need to start reading your journal.”

The defense attorney said Woodburn’s journal was his personal record that he kept at his house. The Attorney General’s Office got a search warrant and seized the journal from Jacobs’ home a month after the couple broke up.

The parties agreed Tuesday that the defense can ask Jacobs if she took the journal but cannot use the words theft or stolen. Ward said the defense’s real issue is the contents of the journal. He said Woodburn’s journal entries admit to some of the conduct charged in the complaints. Brown responded that the only admissions in the journal are to breaking items in Jacobs’ house. She reminded the state that her client is arguing self-defense — that any force Woodburn used against Jacobs was necessary to leave or attempt to leave a volatile situation.

Jacobs also provided the state with one audio and two audio-video recordings of conversations with Woodburn that appear to have been made without his knowledge.

The state is arguing the defense should not be allowed to question Jacobs about the legality of those recordings.

Ward said the state intends to introduce the video recording without the audio.

Bornstein suggested he will allow the defense to ask Jacobs if she was concerned about the legality of recording Woodburn.