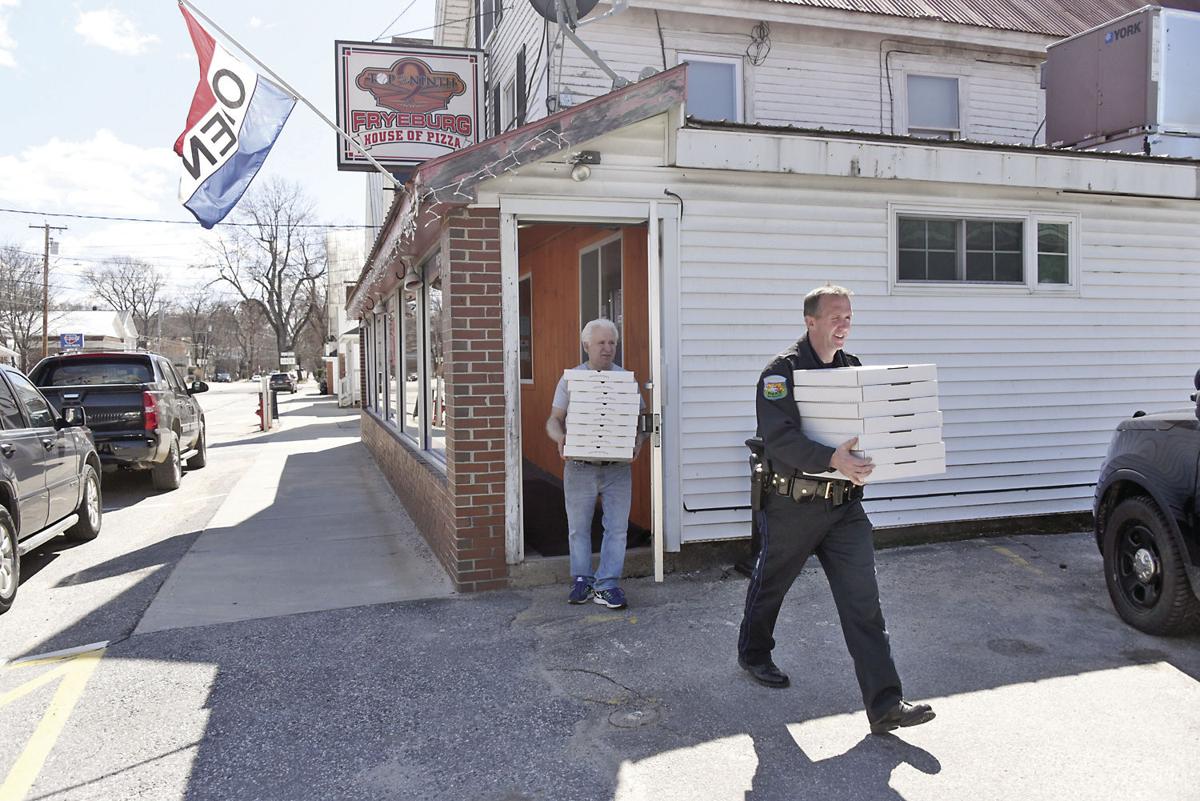 Conway Police Lt. Chris Mattei is followed by Leo Katsigiannis, owner of Fryeburg House of Pizza, as they carry some of 30 donated pizzas to a waiting police cruiser in Fryeburg, Maine, on Tuesday. (JAMIE GEMMITI PHOTO) 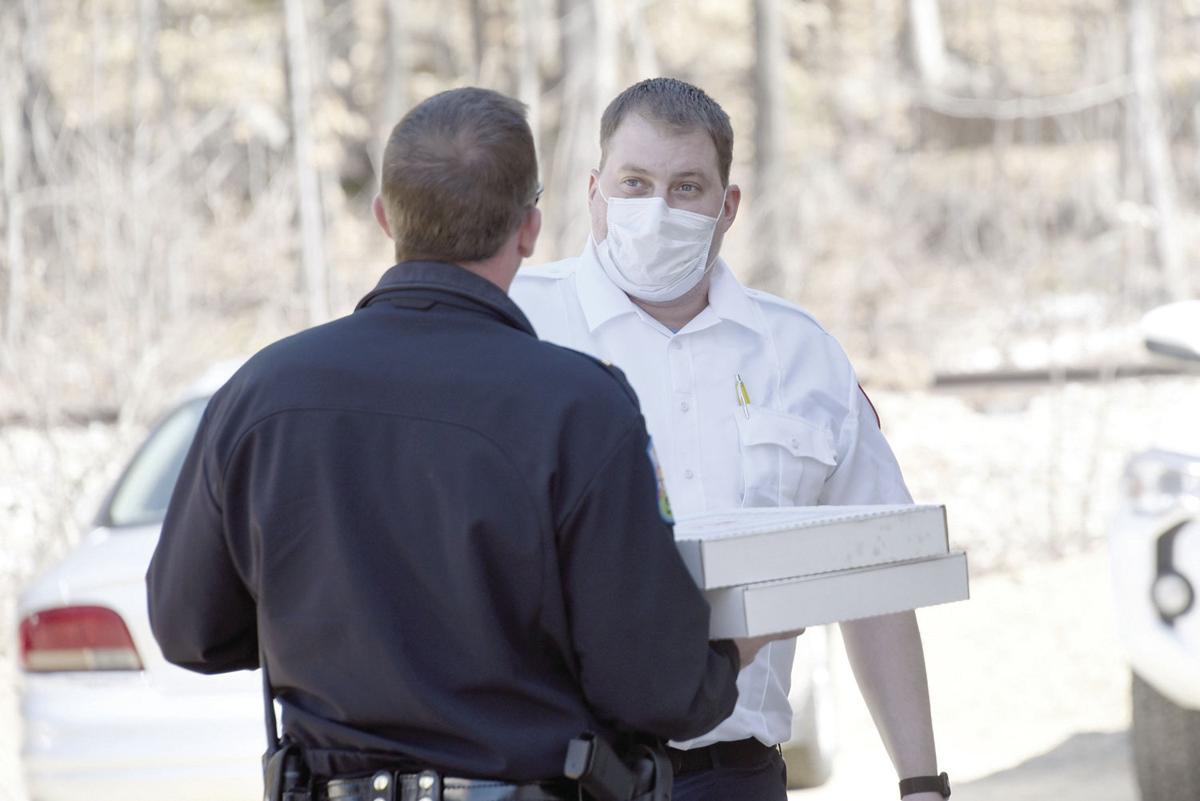 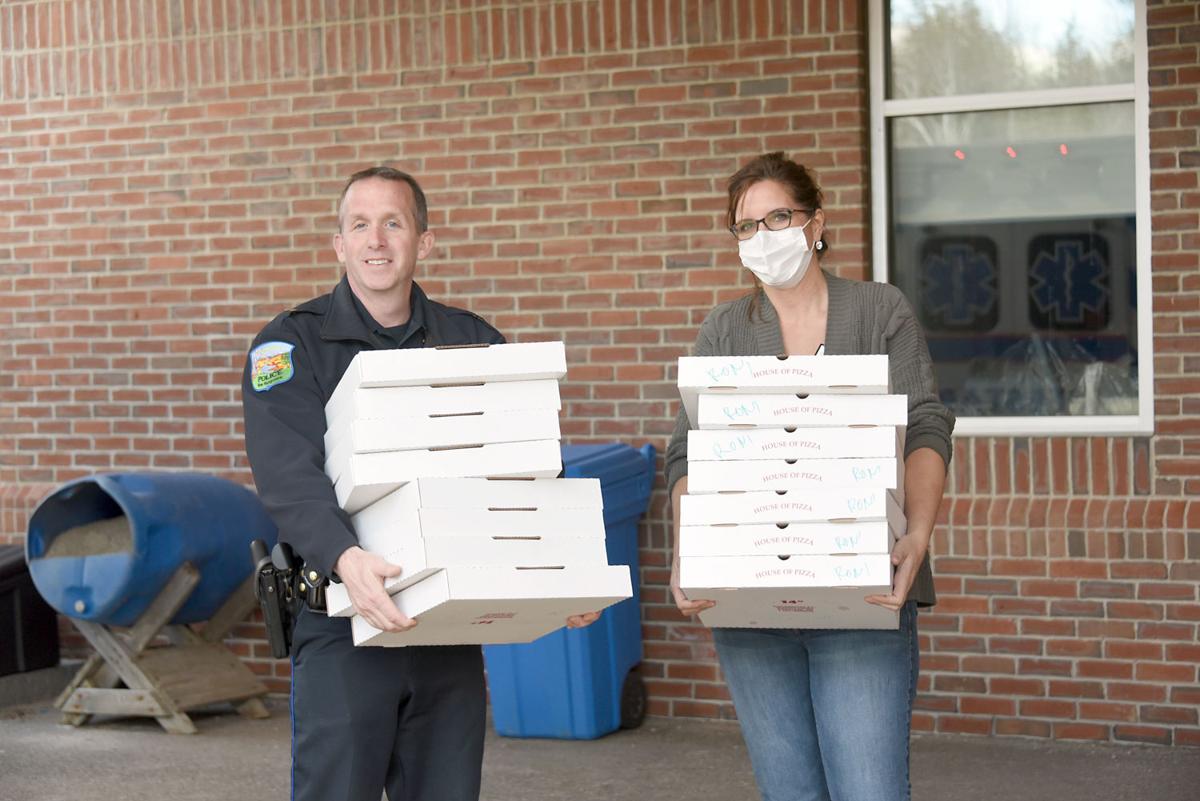 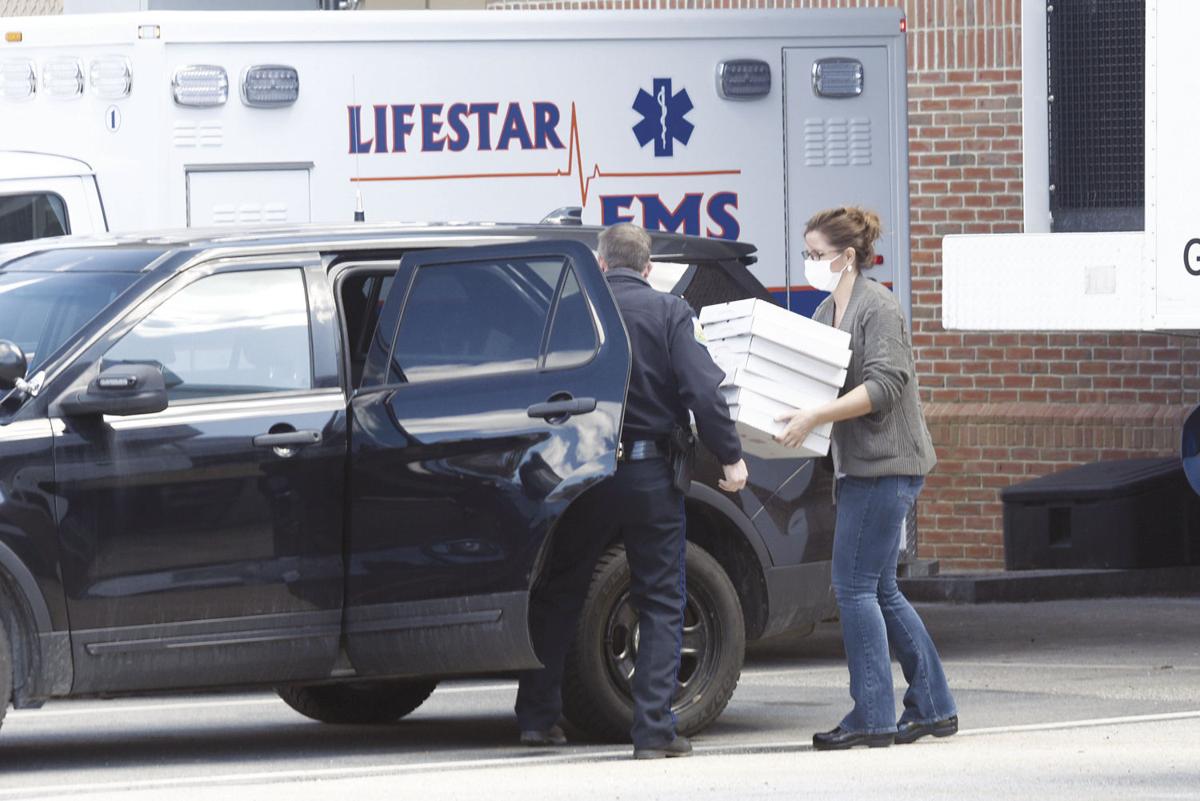 Conway Police Lt. Chris Mattei is followed by Leo Katsigiannis, owner of Fryeburg House of Pizza, as they carry some of 30 donated pizzas to a waiting police cruiser in Fryeburg, Maine, on Tuesday. (JAMIE GEMMITI PHOTO)

CONWAY — Fryeburg House of Pizza on Tuesday donated 30 pizzas to the Conway Police Department, which distributed them to first responders around the Mount Washington Valley as well as making deliveries to Memorial Hospital and the Circuit Court.

“The owner of the restaurant, Leo Katsigiannis, contacted the department stating that he wanted to give something back to first responders in an effort to say thank you during these difficult times,” Conway Police Lt. Chris Mattei said Wednesday.

“He simply asked that the pizzas be distributed to other essential workers who are on the front lines trying to keep members of our community safe.”

While waiting for Mattei to come pick up the pies at midday Tuesday, Katsigiannis told the Sun that the free pizzas came from the heart.

“I want to help the community,” he said, adding that he has a lot of customers in Conway.

He said it was the police department’s decision for how the pizzas should be distributed.

Mattei and fellow Conway police officer Keith Henderson came to pick up the pizzas at 11:30 a.m. After stacking them in their cruisers, they went off to deliver them to members of the North Conway and Conway Fire Departments, North Conway Ambulance Service, Carroll County District Court and Memorial Hospital in North Conway

Asked for a comment, Memorial spokesman Tim Kershner said: “The support we’re receiving from the community and the support we see being given to others on the front lines of the coronavirus is incredible. And the pizzas were delicious.”

Mattei did not waste much time as he made his first stop at North Conway Ambulance at 559 Eastman Road in Redstone. He said he wanted to deliver them while they were still hot.

“As we all continue to do our best navigating through these unprecedented and very trying times, daily we are reminded about the number of people infected and those who have tragically lost their lives due to the virus,” said Mattei in a prepared statement.

“Often times, the stories about how so many individuals and businesses within our community are taking it upon themselves to do something positive to help one another go untold.

“On behalf of the Conway Police Department, I would personally like to thank many of our local businesses, including Fryeburg House of Pizza, Walmart, Lowe’s, REI, Dunkin Donuts and all the private citizens who have donated food, masks and cleaning supplies to the department.Your generosity and support are uplifting and inspirational. Thank you all and be safe!!”