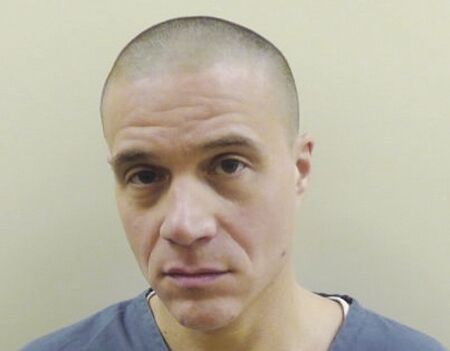 Michael Woodbury, who was sentenced to three life sentences for murders in North Conway in 2007, got the death sentence in Florida for killing a fellow inmate at the Okeechobee Correctional Facility. (PRISON MUG SHOT) 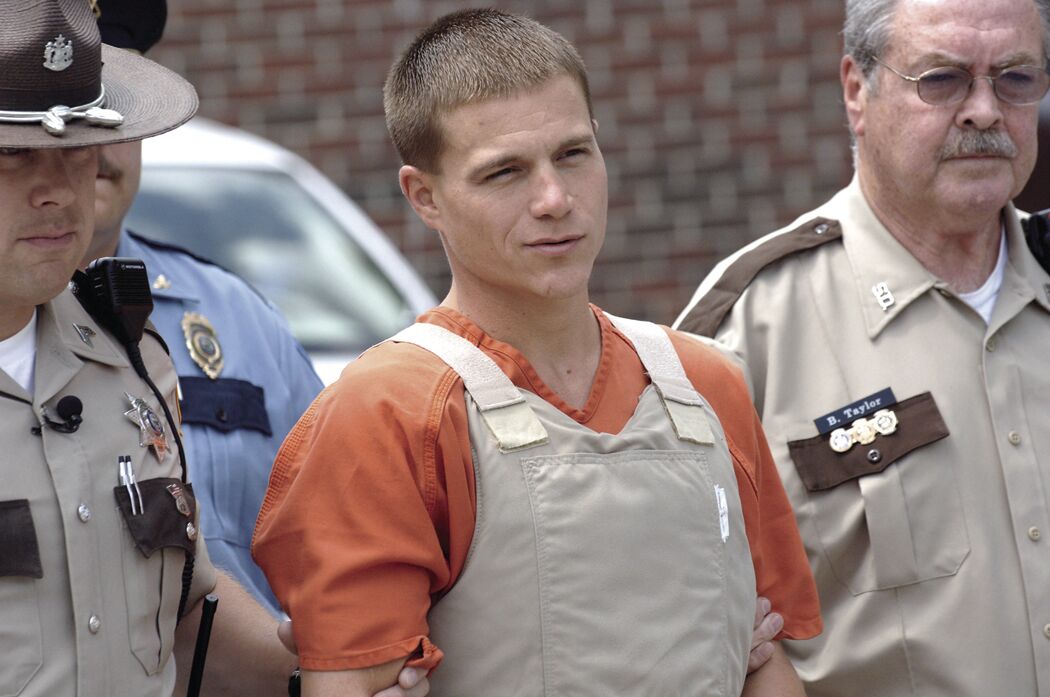 Michael Woodbury, who was sentenced to three life sentences for murders in North Conway in 2007, got the death sentence in Florida for killing a fellow inmate at the Okeechobee Correctional Facility. (PRISON MUG SHOT)

TALLAHASSEE, Fla. — Florida is one of 25 states in the U.S. that have the death penalty, and earlier this month, the Florida Supreme Court decided that Michael Woodbury, the Conway Army Barracks killer who went on to murder a fellow inmate in Florida, can be executed.

It was July 2, 2007, when Woodbury, then 31 and now 45, walked into the Army Barracks store at 347 White Mountain Highway in Conway and shot store manager James Walker, 34, and two customers from Massachusetts, William Jones, 25, and Gary Jones, 23, who had come to the area to go camping and who had apparently tried to halt Woodbury’s bid to steal a car.

Walker and William Jones died at the scene, and Gary Jones died at Maine Medical in Portland. Woodbury fled the scene, but a day later, the Windham, Maine, resident gave himself up to a Fryeburg police officer in a forested stretch of railbed. Woodbury later pleaded guilty to the killings.

Since 2009, he has been serving three consecutive life sentences without parole in Florida. Why he was moved from New Hampshire’s correctional system, officials wouldn’t say.

On Sept. 22, 2017, according to the Florida Department of Corrections, Woodbury went berserk at the Okeechobee Correctional Institution, beating fellow a inmate, Antoneeze Haynes, to death with a padlock. Haynes was serving five life sentences.

On the third day of his murder trial, May 21, 2018, Woodbury pleaded guilty to murdering Haynes.

The penalty phase took place in July 2018 at the Okeechobee County Courthouse with Judge Sherwood Bauer presiding. In September 2018, the judge agreed with a jury that Woodbury should be executed.

An appeal was filed in December of 2018.

On April 15, the Florida Supreme Court rendered its decision in a 55-page opinion that goes over the Hayes case and notes that Woodbury’s assault on Haynes was “brutal.”

After barricading himself in the cell he shared with Haynes, Woodbury beat Haynes for hours with his “fists, boots and makeshift weapons,” stopping only when he realized jail staff were going to forcibly intervene.

The Supreme Court also noted that Woodbury insisted on representing himself and that Judge Bauer found him competent to do so, though the judge offered counsel each day.

During his opening statement, Woodbury said Hayes had attempted to sexually assault him and as a result he, Woodbury, “went berserk” and kicked Haynes in the face “like a 50-yard field goal that would have been good from 60.”

By the third day, Woodbury gave up his defense and pleaded guilty, saying, “At this time, I’d like to plead guilty to first-degree premeditated murder, your honor. What you got?”

Bauer accepted the plea and conducted a brief competency hearing in which he determined Woodbury was competent to waive counsel.

"Your ability to understand, you’re obviously intelligent, and you have been able to handle yourself in court, whether it’s questioning or just behavior or being — being able to ask your standby counsel," said Bauer.

"You’ve been polite, you’ve been courteous, and I think your behavior has been, compared to all the other pro se people in the past, actually better than all of them combined," the judge said.

The Supreme Court opinion said the trial court offered counsel and held "Faretta inquiries" (hearings to determine if a defendant has the mental capacity to intelligently waive counsel) a dozen times, and each time Woodbury was found competent to make the decision.

"In fact, the record reveals several instances where Woodbury’s pro se representation could easily be mistaken for the work of a veteran trial attorney," said the Supreme Court opinion.

The justices also found that the trial court made no significant errors in determining that Woodbury could receive the death penalty.

"Because Woodbury has not demonstrated any reversible error, we affirm the judgment of conviction and sentence of death," said the opinion. "It is so ordered."

Reached by email Tuesday, prosecutor Ashley Albright, who heads the Okeechobee County State Attorney’s Office, said, "It will likely be several more years of appellate review before the sentence is carried out."

According to the Department of Corrections, executions are carried out either by "lethal injection or electric chair at the execution chamber located at Florida State Prison." The execution can happen upon receipt of the Governor's Warrant of Execution.

Asked where New Hampshire victims could direct their comments, Albright said he could receive them at his email, aalbright@sao19.org.