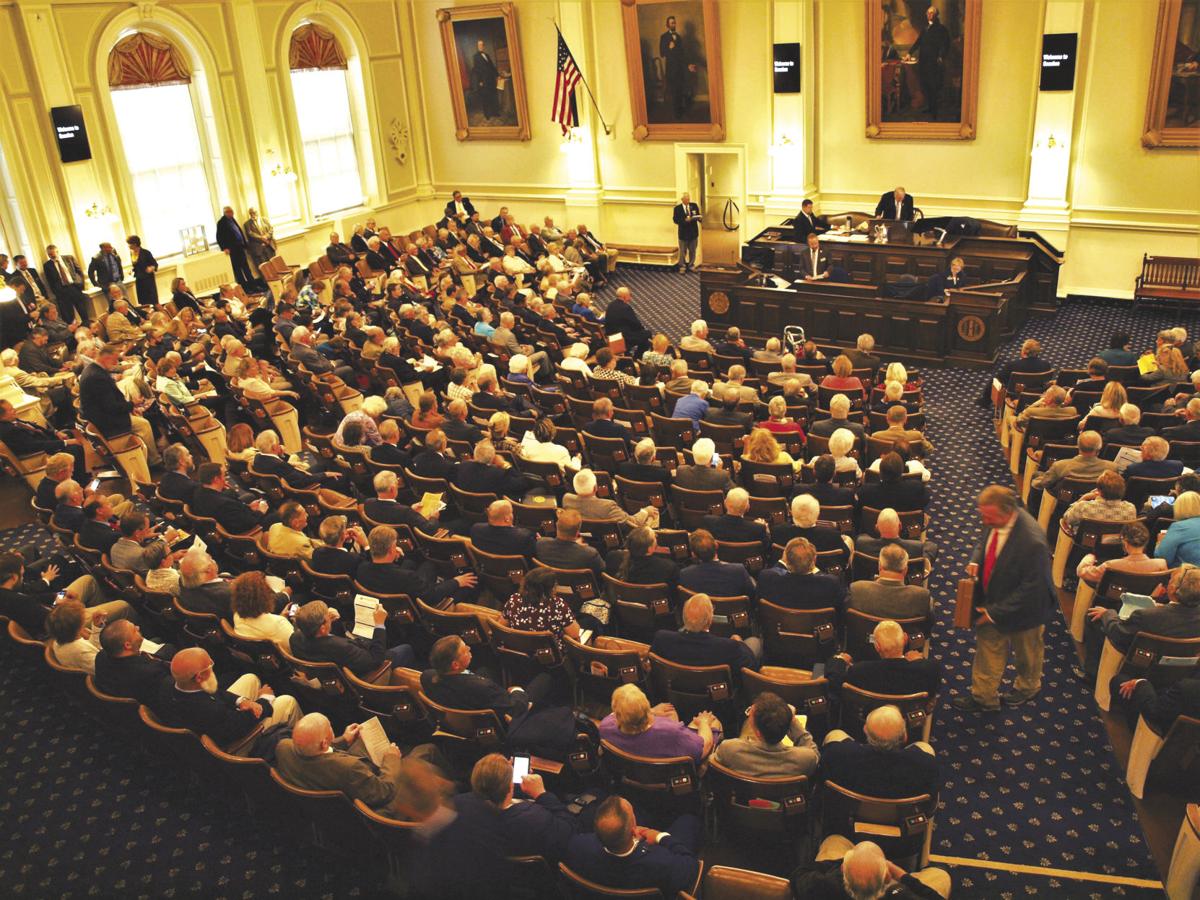 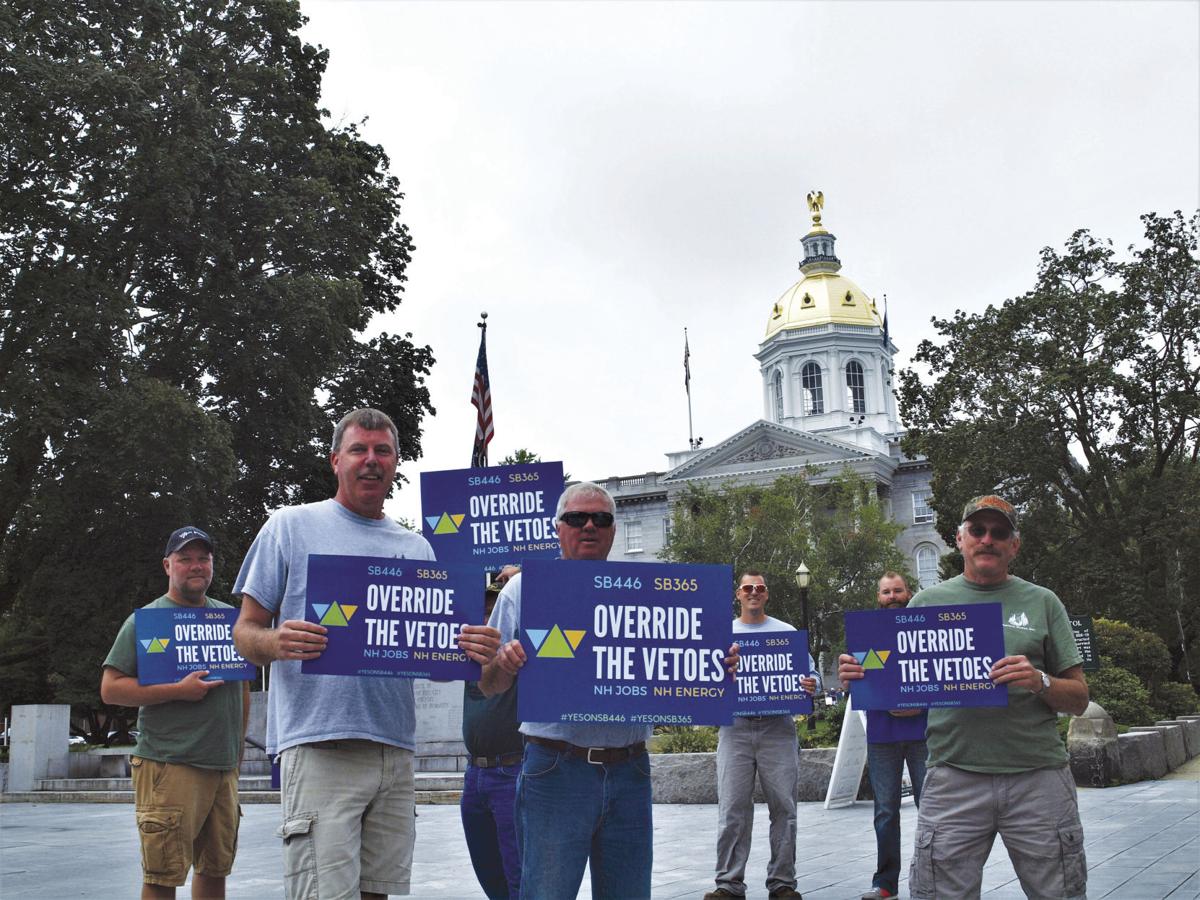 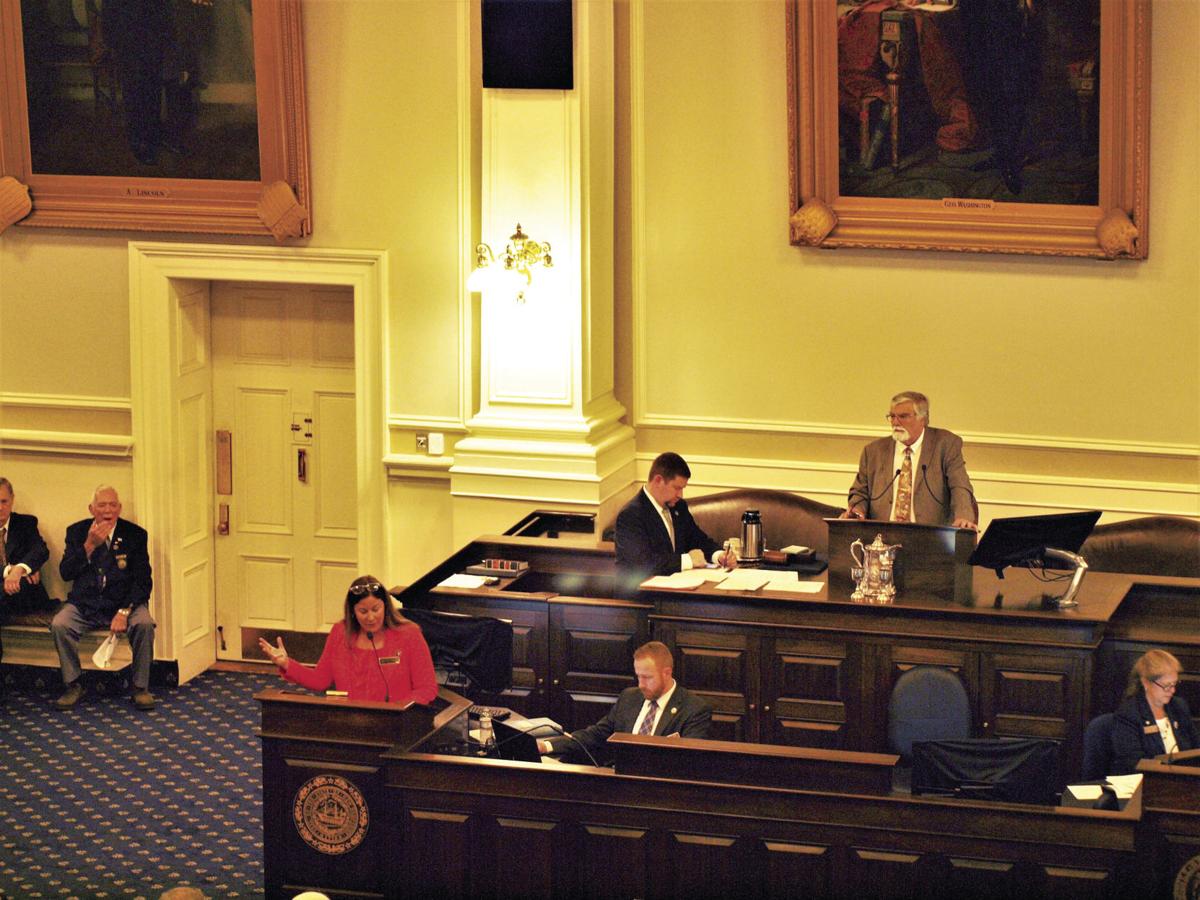 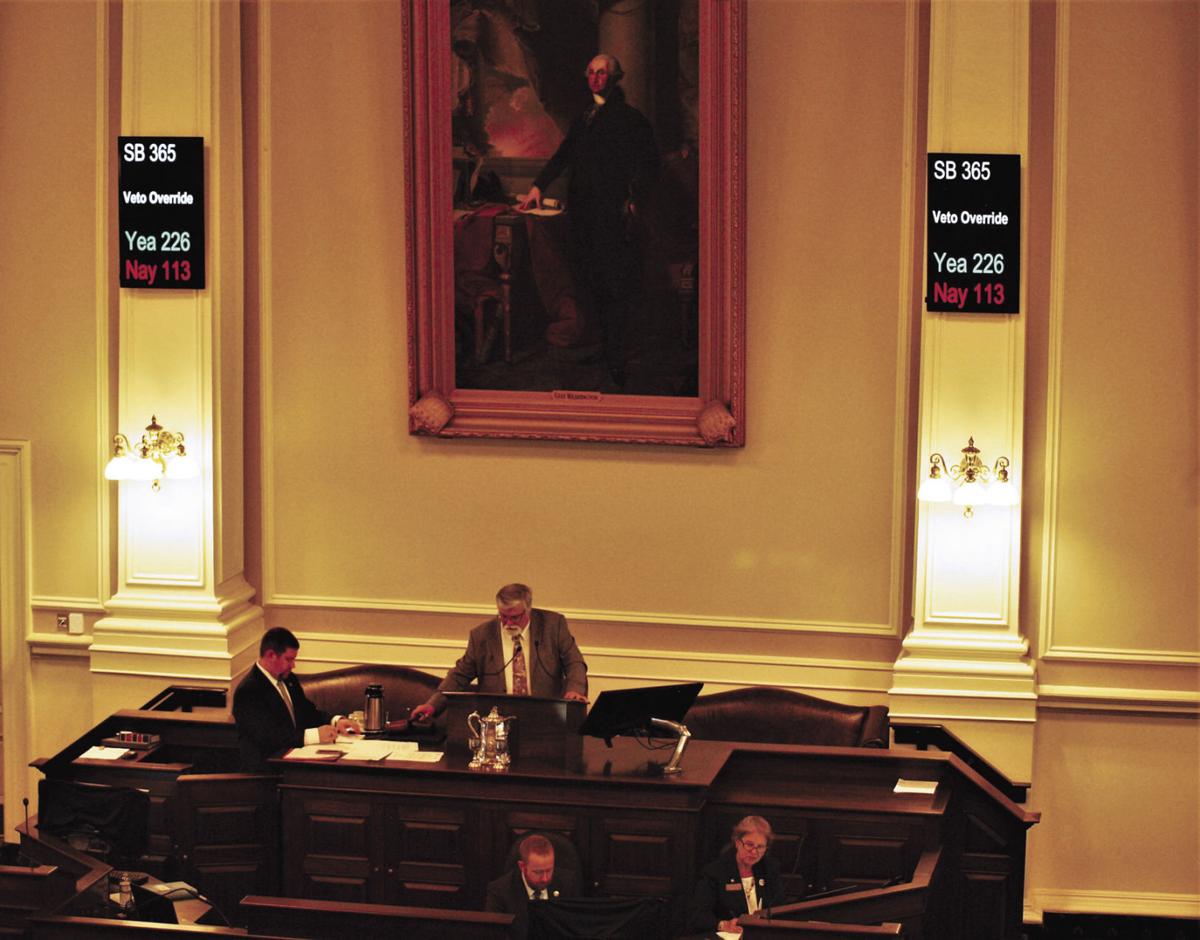 The final vote 226-113 in the vote to override the SB365 veto is posted. (STEVE BJERKLIE/New Hampshire Timberland Owners Association Photo)

The final vote 226-113 in the vote to override the SB365 veto is posted. (STEVE BJERKLIE/New Hampshire Timberland Owners Association Photo)

SB 365, which has been championed by state Sen. Jeb Bradley (R-Wolfeboro), would provide a three-year subsidy to six biomass plants in New Hampshire. One — Pinetree Power — is in Tamworth, and provides 25 jobs and tax revenue to the town and state.

“Overturning the veto of these measures will ensure that the remaining biomass plants in the State of New Hampshire have a chance to survive and continue providing good jobs in some of our most remote communities,” said Senate Majority Leader Jeb Bradley (R-Wolfeboro).

In July, Gov. Chris Sununu (R-Newfields) told the Sun that he considered SB 365 to be a large subsidy for an unsustainable industry that would have to be paid for by ratepayers, including vulnerable elderly and low-income residents.

Sununu spoke to reporters about the override vote of SB 365.

“I think 1.3 million people in this state should be disappointed with the override of that bill,” said Sununu of SB 365. “This was never about biomass. This was always about the ratepayer.”

Bradley was among several senators who rose in favor of overriding the veto. Among the points he made were that biomass is far from the only energy source that governments subsidize and that local energy sources are going to be sorely needed in the near future to meet demand on the grid.

“You can’t want a reliable electric grid and be closing down a homegrown fuel,” said Bradley. “If there’s one thing that I have learned over the years that I have been involved in energy in New Hampshire, it’s the saying a lot of us have heard, don’t put all your eggs in one basket.

“Well, guess what? We are putting our eggs in the natural gas basket if we don’t override this bill.”

Rep. Jeff Woodburn (D-Whitefield) also voted in favor of the override of SB 365.

“In my part of the state and other parts of the state as well, this is an industry that is the straw that stirs the drink of the North Country economy,” said Woodburn. “It lifts a struggling economy and these dollars are not tucked away in silk purses or platinum stock portfolios but they circulate and touch many hands, many businesses and change many lives.”

The House narrowly voted to override the veto of SB 365, and the vote was 226 to 113. A two thirds majority was needed of the 339 representatives voting, meaning it passed by one vote. As two thirds of 339 is exactly 226.

According to the Union Leader, a Republican representative who sought to sustain the veto of SB 365 pushed the wrong button. The Manchester paper said it learned that nothing could be done to fix that.

Rep. Karen Umberger (R-Conway) spoke in favor of the override. She summarized the benefits of the bill.

“This has been made out to be complicated because it’s energy, but it doesn’t need to be; in fact, it’s simple,” said Umberger. “Without SB 365 supporting New Hampshire biomass, we lose nearly 1,000 jobs, hundreds of millions in economic activity, the ability to manage our forest, support for open access from our private landowners, (and) we pay more in future electricity costs for the capacity payment.

“I have to ask what are the costs versus the benefits of sustaining this veto?” said Umberger. “The cost is $18 million per year. The benefit is $254 million per year in economic activity.”

Rep. Michael Vose (R-Epping) was an outspoken critic of SB 365. He told a brief story about a discussion he heard on the radio about how tourists like to see country barns when they visit. One caller on the radio program asked if the state would do something to preserve a privately owned barn and was told that it would be wrong to use public money for an individual’s benefit. He said the state constitution forbids public money supporting a “single class of men.”

“Well, the principle is exactly the same,” said Vose. “SB 365 wants to impose what amounts to a tax on your electricity bill to support a special class of men. That’s not the New Hampshire way.”

Other representatives expressed skepticism of the claims made by those seeking the override of the veto. Some had concerned about the environment.

The Senate overwhelmingly voted to override Sununu’s veto of SB 446, the so-called net metering bill, which was designed to encourage communities to pursue projects that would generate up to 5 megawatts of renewable electricity.

SB 446 passed the Senate 21-3. Daniels, Reagan and Morse were opposed, meaning it easily passed the senate.

“SB 446 is an opportunity to give New Hampshire the ability to generate it’s own electricity,” said Sen. Kevin Avard (R-Nashua) describing how the bill would allow businesses, schools, cities and the like to generate more power for themselves. “Let’s free up the Live Free or Die state. I almost want to sing “Free Bird!” I really do.”

However, the effort to reverse the veto died once it reached the House despite having a majority of members voting in favor of it. The vote  was 213-128. About 228 votes were needed to overturn the veto on SB 446.

Rep. Dan Itse (R-Fremont) asked lawmakers to sustain the veto on SB 446. He said net metering is a good thing but the bill actually included a subsidy and he doesn’t believe in subsidies.

“To believe in subsidies, especially for technology, you have to believe in that technology with the fervor of a religious zealot, and those who do not agree with you must comply by force; similar to the Inquisition or jihad,” said Itse. “Or you must believe you and those around you will directly benefit from the subsidy.”

Bradley, in a phone interview, predicted SB 446 “will be back next year.”

Sununu said the House sustaining his veto on SB 446 is “great.” He said that cost would be created because those who take advantage of net metering to make 5 megawatts of power would be getting retail rates for their power while other generators get wholesale rates.

“Someone has to pay for that difference and that delta,” said Sununu, adding that would be hundreds of millions of dollars over 20 years.