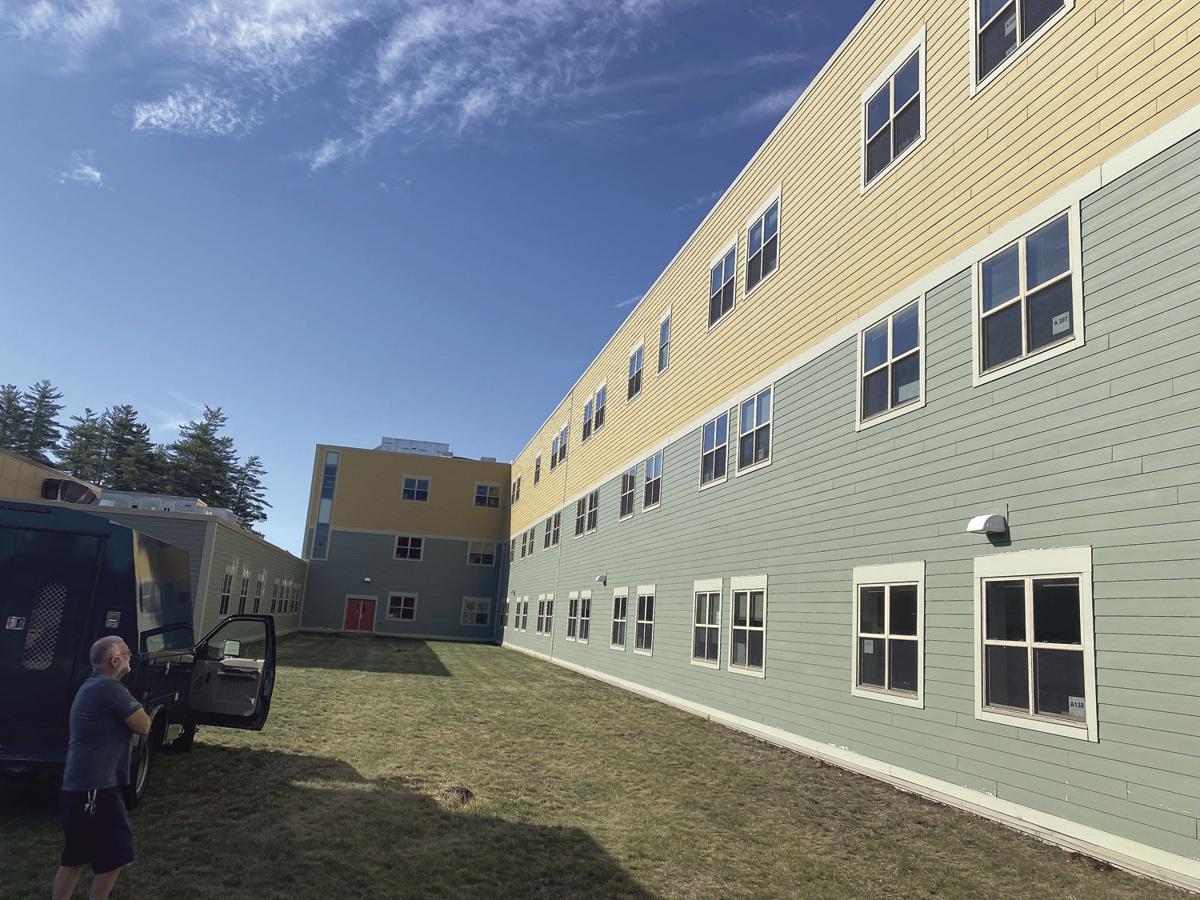 The Conway School Board's facilities committee recommends replacing all 551 windows at the school, which was built in 2006. A member of the Conway School District's grounds crew is seen in the foreground. (COURTESY PHOTO) 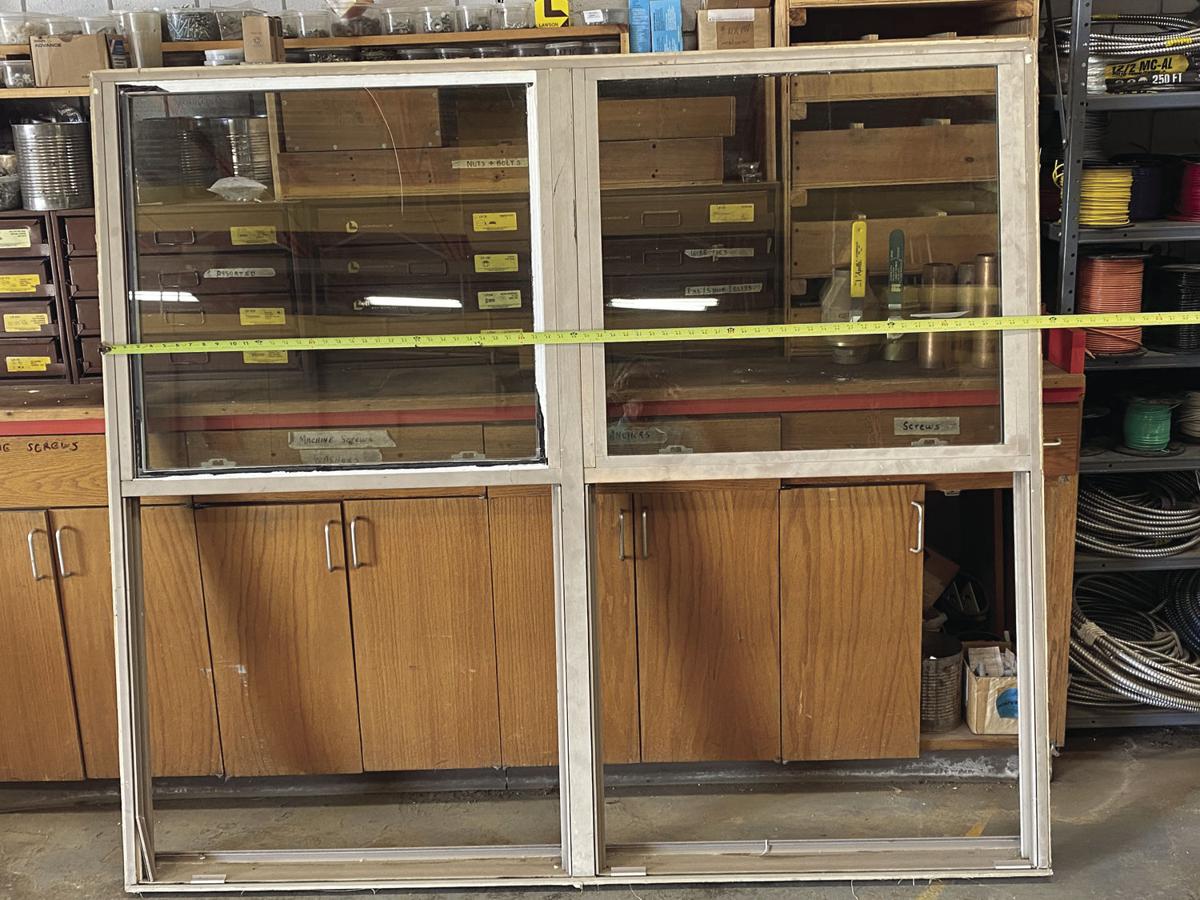 A window that was removed from Kennett High School due to safety issues. (COURTESY PHOTO) 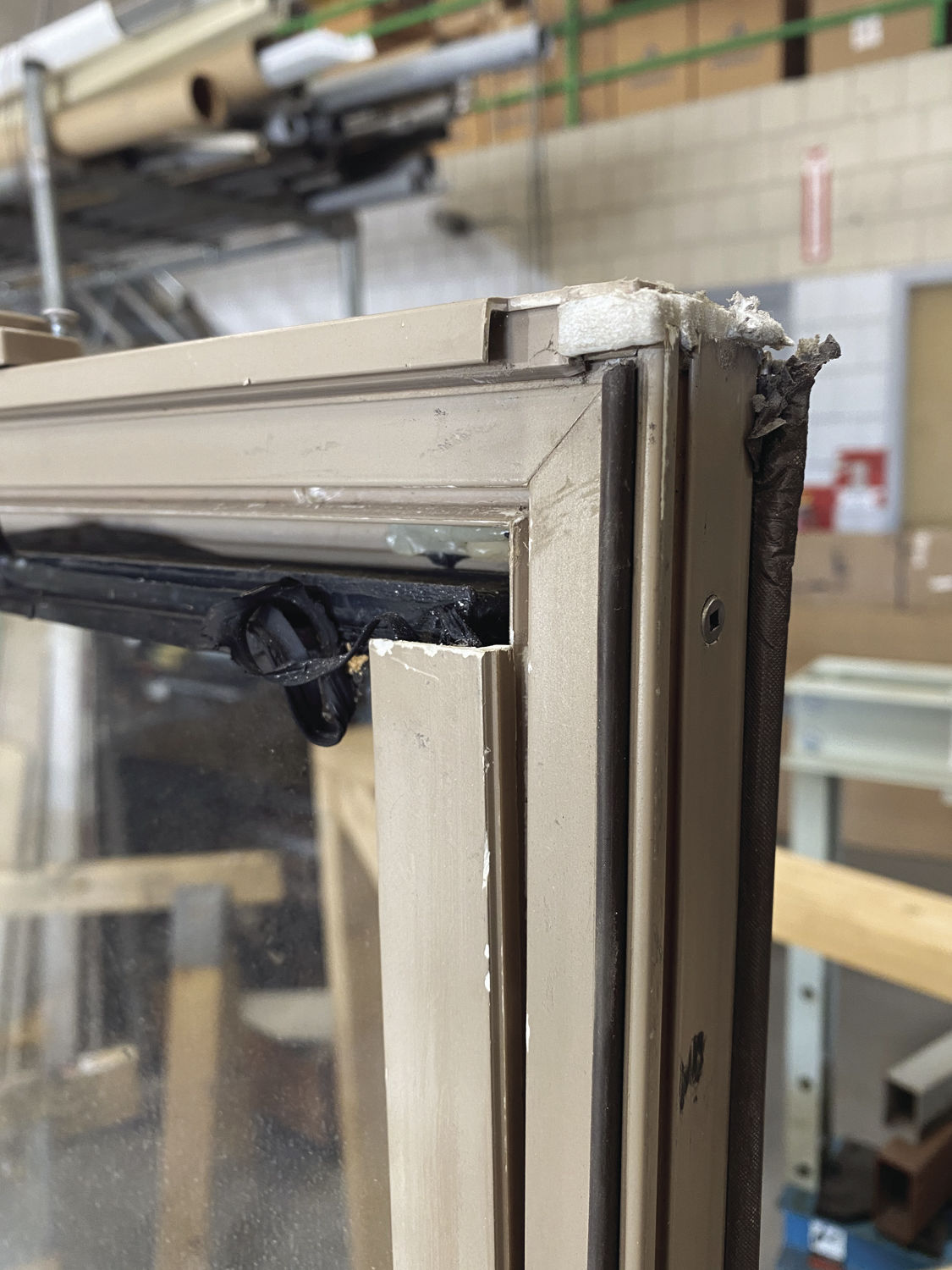 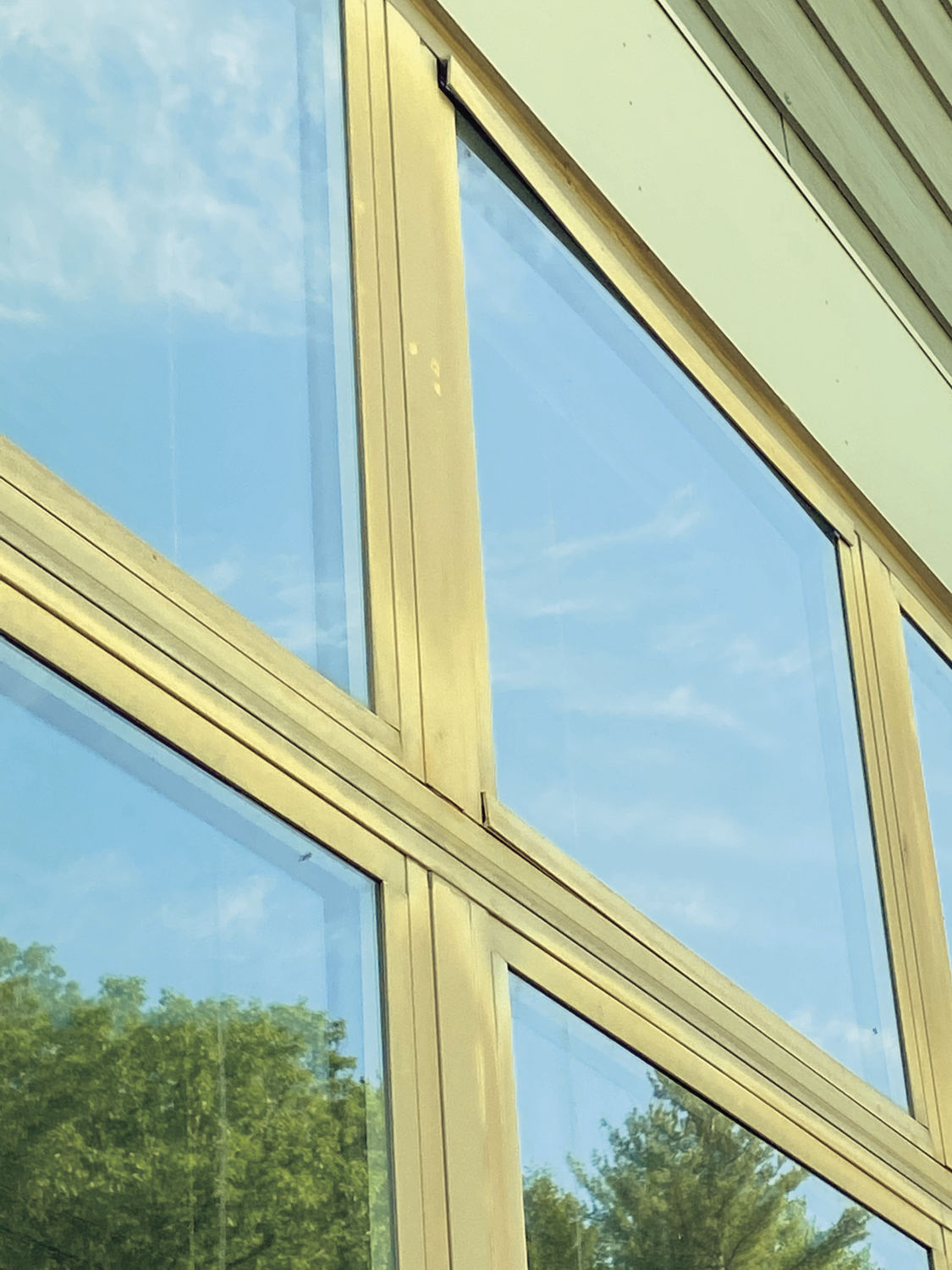 A detail of some of the windows at Kennett High School that are falling apart. (COURTESY PHOTO)

The Conway School Board's facilities committee recommends replacing all 551 windows at the school, which was built in 2006. A member of the Conway School District's grounds crew is seen in the foreground. (COURTESY PHOTO)

A window that was removed from Kennett High School due to safety issues. (COURTESY PHOTO)

A detail of some of the windows at Kennett High School that are falling apart. (COURTESY PHOTO)

CONWAY — How long have your windows lasted?

Probably a lot longer than the ones at 14-year-old Kennett High School.

School officials say the 551 windows at the Conway school need to be replaced; not only are they falling apart, some are literally falling out.

Meeting Monday night via Zoom, the Conway School Board was asked to support a recommendation by the board’s facilities committee to hire Granite State Glass for a four-phase replacement of all of the windows over four years at a total cost of $937,400.

The cost could have been over $1 million, but buildings and grounds staff would be used to remove and install some of the windows.

The facilities committee is chaired by Joe Mosca, and fellow board member Randy Davison also sits on the committee. Other members are Director of Administrative Services Jim Hill; Conway Buildings and Grounds Coordinator Andy Grigel; and SAU 9 Superintendent Kevin Richard.

It appears the district won't be able to seek legal action against New Hampshire Glass or project manager Lee Kennedy Co. Inc. of Quincy, Mass., which the district paid over $1.5 million to oversee the project.

“New Hampshire Glass, who were the installers, is no longer in business,” Grigel said. “You have seven years from the time of installation to sue Lee Kennedy."

According to Grigel, the problems with the windows go back to 2005, when there wasn't enough money to finish this building.

"The building went through a process of what they call value engineering," where they put in "less expensive products," he said.

“Of course, with 511 windows in the building, you can well imagine that there are substantial savings to be had by cutting corners in what you were installing, hoping that you could get through the seven-year mark, knowing that once you get beyond that the owner is pretty much on the hook for whatever is going to occur. So here we are, with windows that are not going to go another five years for sure.”

In addition, the windows when removed will have no salvage value, Grigel said.

“The fiberglass windows themselves are disintegrating,” he said. “You've got to be very careful in handling them because the fiberglass is literally delaminating on them. So you've got to worry about fiberglass shards in the process of removal and handling.”

“It’s been a combination of the windows physically falling out, and our inability to facilitate repairs because the components for these windows come from Canada,” he said.

“The very company that we're dealing, with which is Granite State Glass, has tried unsuccessfully to be able to ascertain components for us. And because these are fiberglass windows, the ultraviolet has made them brittle," Grigel said.

As they attempt repairs, "the hardware on these, the screws, no longer hold," he said. A clip system holds the windows into the window frame. "So when you lose those clips, you have the ability to have an actual piece of glass fall out of that window structure," Grigel said.

"This is just a situation that is not going to get better over time,” he said.

The facilities committee recommended going with Granite State Glass to do the replacement work.

“(The windows) are made of fiberglass and were manufactured in Canada and were purchased as part of the bid to subcontractors,” Richard wrote in his recommendation to the board.

“Last year, the maintenance staff was working on the windows to adjust the jambs in order to increase the openings in order to allow additional airflow into the classrooms. As part of that project, the maintenance staff noticed the fiberglass windows were ‘breaking down’ (likely the result of UV light) and were actually breaking apart. Finding parts was difficult, and the lead time was considerable,” he said.

According to Richard, Grigel worked with Granite State Glass to determine what type of window the district should replace the defective windows with.

“The facilities committee authorized staff to remove one window and the purchase of a ‘mock-up’ window to see how much time it would require to replace one of the existing windows with a high-quality commercial metal window," Richard said.

"The existing window has been removed, and the mock-up is being manufactured. Based on the time it took staff to remove one window, and the estimated time the contractor believes it will take to do the installation of the new window, a timeline was developed to replace all of the high school windows over a four-year period.”

The first phase, in the estimate offered by Granite State Glass, was $243,800, with the work to be done this summer. The money would come out of the existing high school maintenance trust fund, which has $590,000 in it.

However, while acknowledging that the work needs to be done, school board members voted vote 6-1 (Mosca in the minority) not to award the contract since it goes against a standing policy of requesting at least three bids before awarding a project.

The facilities committee brought forward only one bid, that of Granite State Glass.

The projected cost of the windows over the four phases is approximately $1,834 per window, including installation, according to Richard.

Phase I would see the replacement of 125 windows.

Members ended up voting to send the item back to the facilities committee to determine the specifications it is looking for, then put it back out to bid to a wider circle of contractors.

Wow! This works out to $1,700 per window. I'm surprised given the huge volume of windows being replaced that it's so expensive and the school system wasn't able to negotiate a better price.