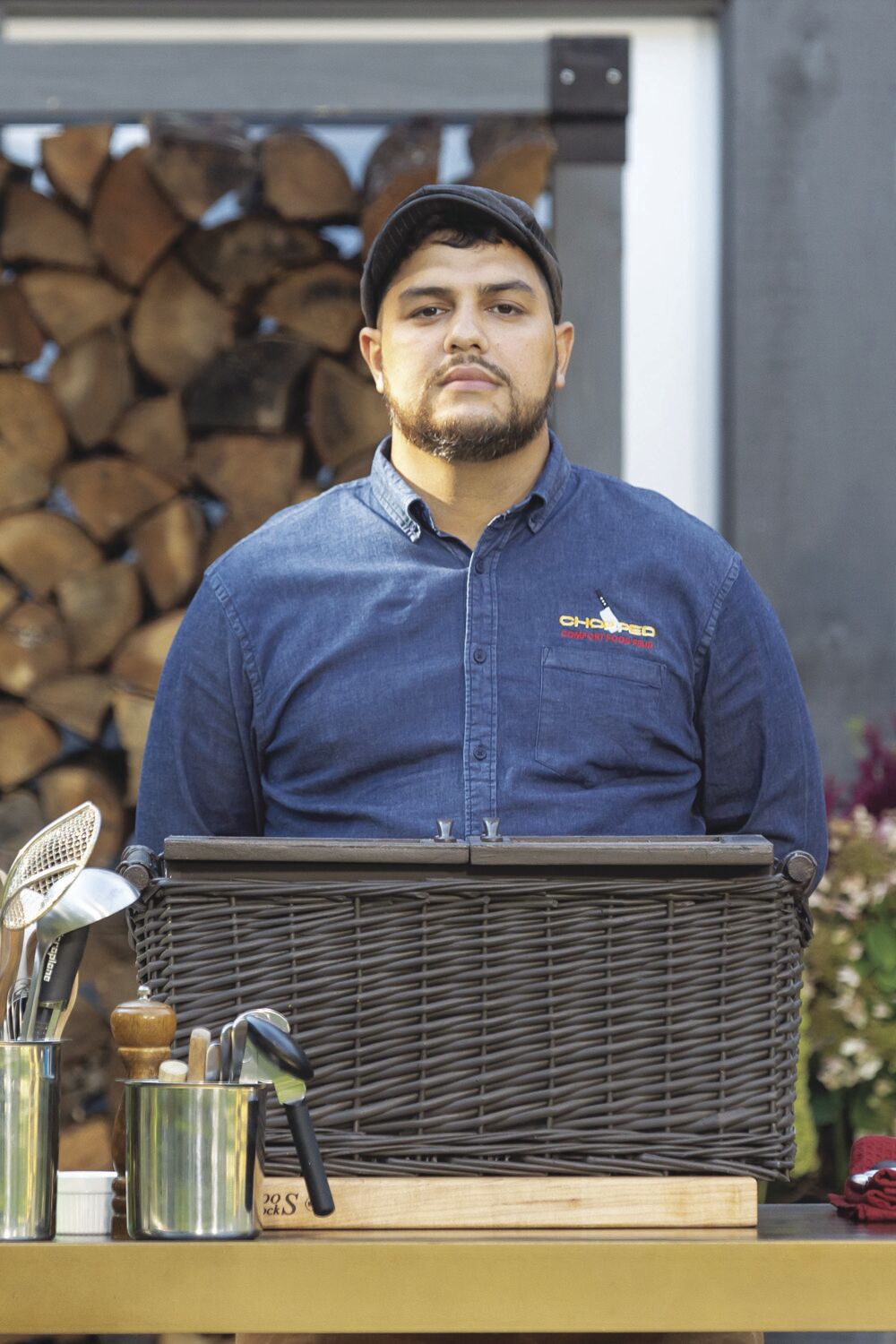 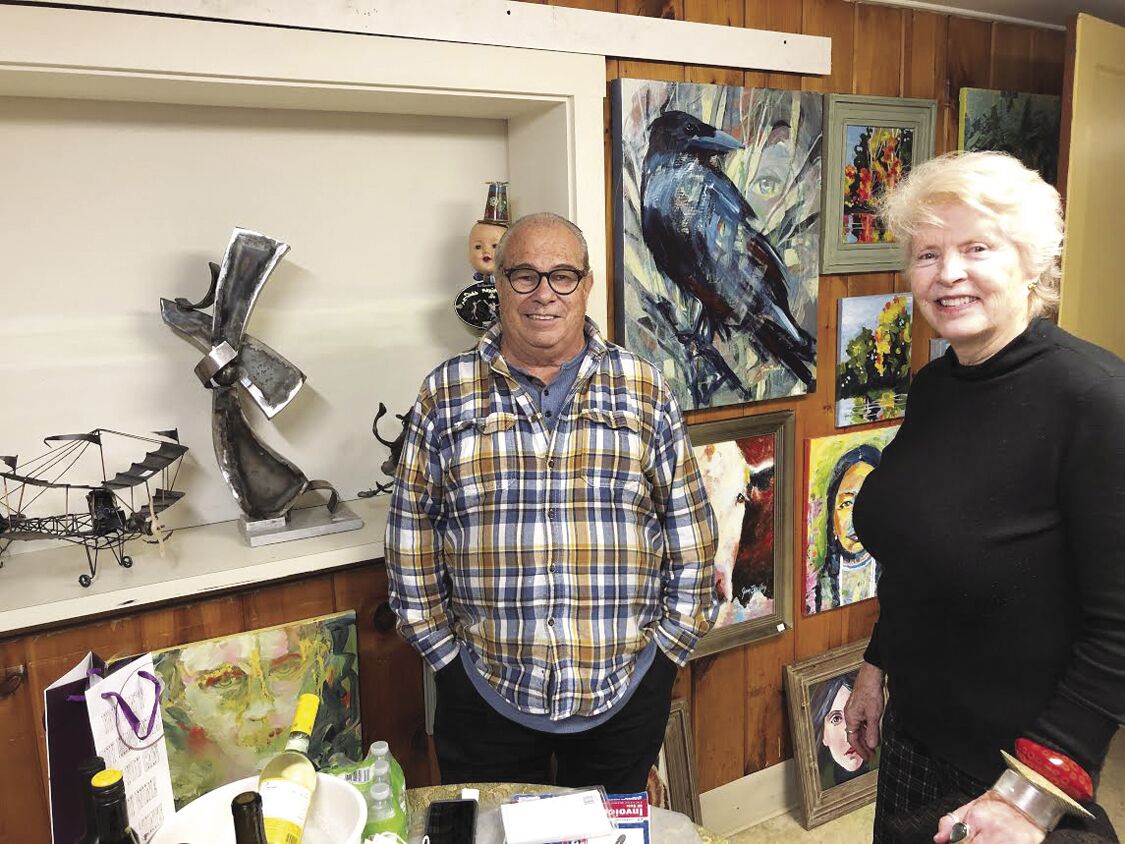 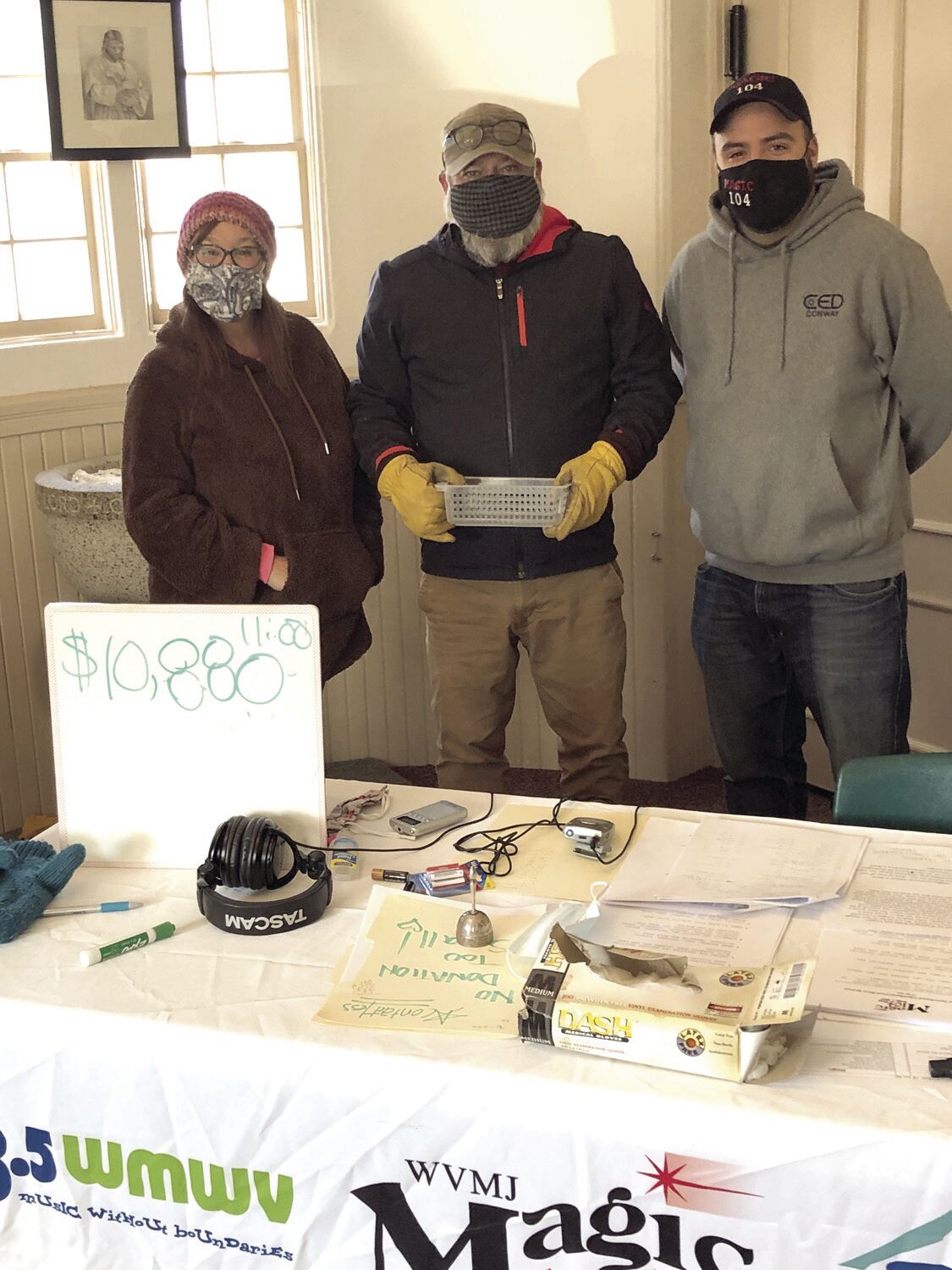 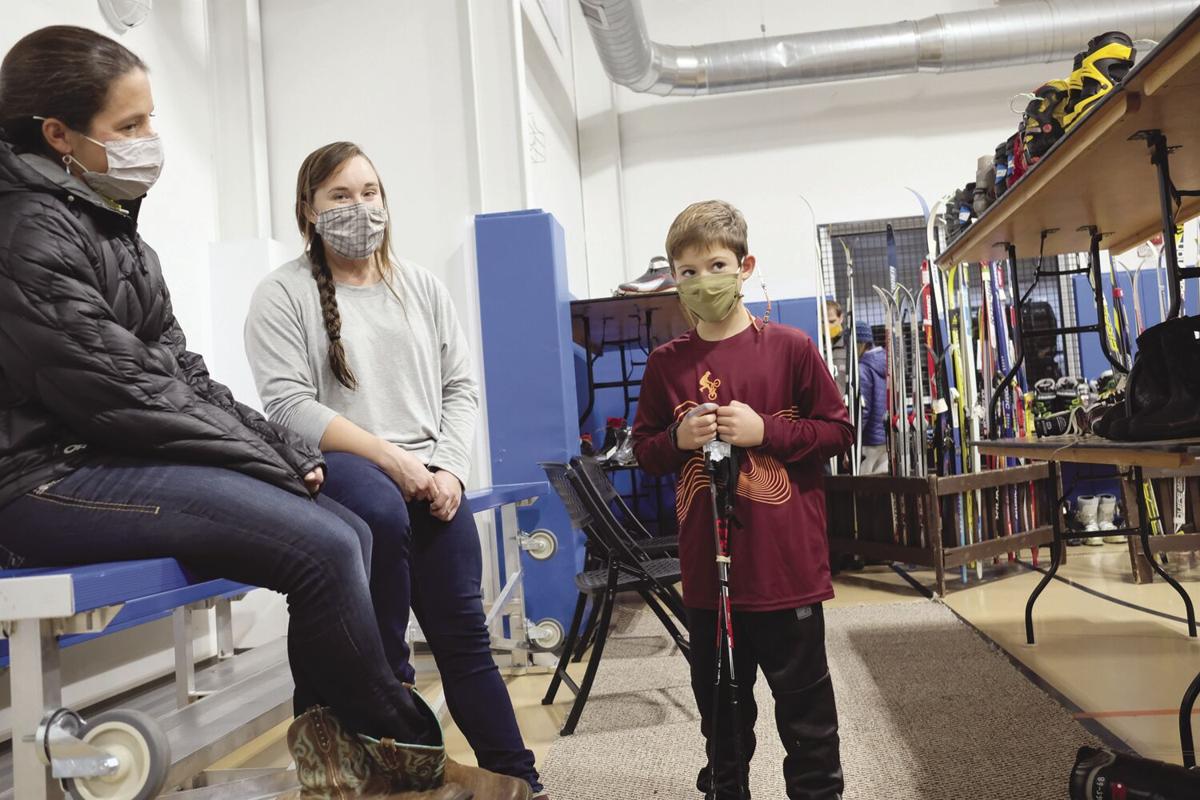 Sara (left) and Mason Rice of Intervale chats with Olympian Leanne Smith (center) as she volunteers at the Eastern Slope Ski Club’s annual ski sale at the North Conway Community Center Friday. The sale benefits the Junior Ski Program that has been helping local students get out out on skis, snowboards, skates or snowshoes once a week in the winters for decades. (JAMIE GEMMITI PHOTO)

Sara (left) and Mason Rice of Intervale chats with Olympian Leanne Smith (center) as she volunteers at the Eastern Slope Ski Club’s annual ski sale at the North Conway Community Center Friday. The sale benefits the Junior Ski Program that has been helping local students get out out on skis, snowboards, skates or snowshoes once a week in the winters for decades. (JAMIE GEMMITI PHOTO)

CONWAY — A tip of the chef’s hat (and a bow with a mask, with Gov. Chris Sununu’s new mask mandate) to Chef Daniel Rassi of North Conway's Wicked Fresh Craft Burgers and Fire by Wicked Fresh, for winning the "Burger" segment of the Comfort Food Feud tournament on Food Network's "Chopped," a show that was filmed in August but finally aired on Tuesday.

The description for the show said: “In a burger-themed battle of the $25,000 Comfort Food Feud, the chefs get a deep-fried surprise and a sloppy classic in round one. In the entrée round, they must figure out what to do with a bizarre canned product.” And for dessert? “Sweet creations made with mustard ice cream.”

After besting three other top chefs, Rassi moves on to the $25,000 finale to face the winners of the other comfort food categories: bacon, pizza and macaroni-and-cheese.

That program is currently slated to air on the Food Network on Dec. 9 at 9 p.m., but that is subject to change.

All of the episodes were filmed in late August at Hidden Pond Resort in Kennebunkport, Maine.

Rassi was praised by the chefs on the panel of judges for his burgers, with his perfectly toasted buns and “ooey-gooey” cheese.

That deliciously decadent burger featured four doughnuts cooked into the bun, along with carrots, celery and onions that comprised a tasty “mirepoix” (French for the basics of cooking mix).

It was flavored with red wine and featured ground short ribs and burgers from a can along with the doughnuts.

“That was our Champ Burger that we started selling at Wicked Fresh Wednesday, after the show aired,” Chef Danny told me Friday, saying it has been hard to keep up with the demand.

Wicked Fresh also is selling a honey mustard milkshake, which is a variation on his winning ice cream dish.

Other contestants included Chef Johan Jensen of Connecticut, who was the first to be “chopped” out of the program, and Chef d’Andre Miller of New York City.

Host of the show was Ted Allen.

Asked how intense the competition was, Danny said he was nervous before the first round, because he “didn’t want to screw up,” but after that, he felt pretty relaxed — and no wonder, given that as an experienced chef, he is well accustomed to the battle stations feeling that all chefs and kitchen crews go through every night to finish the marathon race that is cooking in any commercial kitchen.

In the first appetizer round, he created a beef and chorizo slider with a grilled peach chutney — Wicked Fresh and Fire will start selling that as a special next week.

In the dessert round, he crafted a French toast burger with honey mustard vanilla custard — the inspiration for his milkshake special right now at Wicked Fresh.

“We have sold out of the ooey-gooey burger yesterday and today. When we got to Wicked Fresh this morning we already had 10 pre-orders so we had to make more sauce. We are serving the burger at Wicked Fresh but we can certainly do both restaurants,” said Dan, who said he and his partner/brother-in-law Marc Iannuzzi have been amazed by the support and goodwill extended to their operations by the community.

“It definitely was good exposure for our restaurants and we have been hearing from our customers as well as new customers. It has been amazing to see the community pull and root for me — I have been here for almost 10 years, and I definitely now feel more a part of the community. I thank everybody for their support,” said Rassi, whose sister Kathy of the White Mountain Cupcakery also was a TV star a few years ago, winning the Food Network’s “Cupcake Wars.”

That win on “Cupcake Wars” is what actually brought Rassi from Florida to the valley.

As he said during the interview for last Saturday's cover story, he says he feels “blessed,” to have had a success with Wicked Fresh Craft Burgers right out of the gate, and with his great wife and four wonderful kids. And now, the chance to go for the overall title and the $25,000 prize.

IN OTHER NEWS, kudos to Greg Frizzell and staff at the Mt. Washington Radio Group as well as to the community for this past Wednesday’s tremendous 19th annual Vaughan Food Drive, which raised $23,255 in cash and check donations which will be doubled at the New Hampshire Food Bank in terms of buying power for five local food pantries.

“It has been unbelievable — this community is incredible,” Greg told me when I stopped by Wednesday. That was a sentiment later echoed by Jenn Perkins, administrator of Vaughan Community Service Inc.

Due to COVID-19 concerns, no frozen turkeys or other food items were accepted this year but thank God that they went ahead with the donation drive nonetheless.

GREAT ART: Back in the valley after spending time in Hawaii and California the past 25 years, painter Jean Bradley and husband/sculptor Rik Phillips hosted a good turnout for their new new Skyforest Gallery in Conway Nov. 15. The Rober family were among the visitors, with Dottie buying one of Rik's whimsical pieces. The gallery is located at 407 White Mountain Highway in Conway, former home of the Conway Veterinary Hospital.

NICE TO SEE THE good turnout for the Eastern Slope Ski Club’s 50th annual Equipment Sale last weekend at the North Conway Community Center. It went very well, We kept our numbers of people down to 50 in the building; and I don’t think the wait was too long — we were only down $5,000 from last year’s numbers. We will net around $10,000 after expenses from this for the club’s Junior Ski Program, so we are very happy,” said ESSC President Mark Porter.

HAPPY TURKEY Day, Pilgrims — and be sure to mask up! You'll be helping to keep us all safe, yourself included!