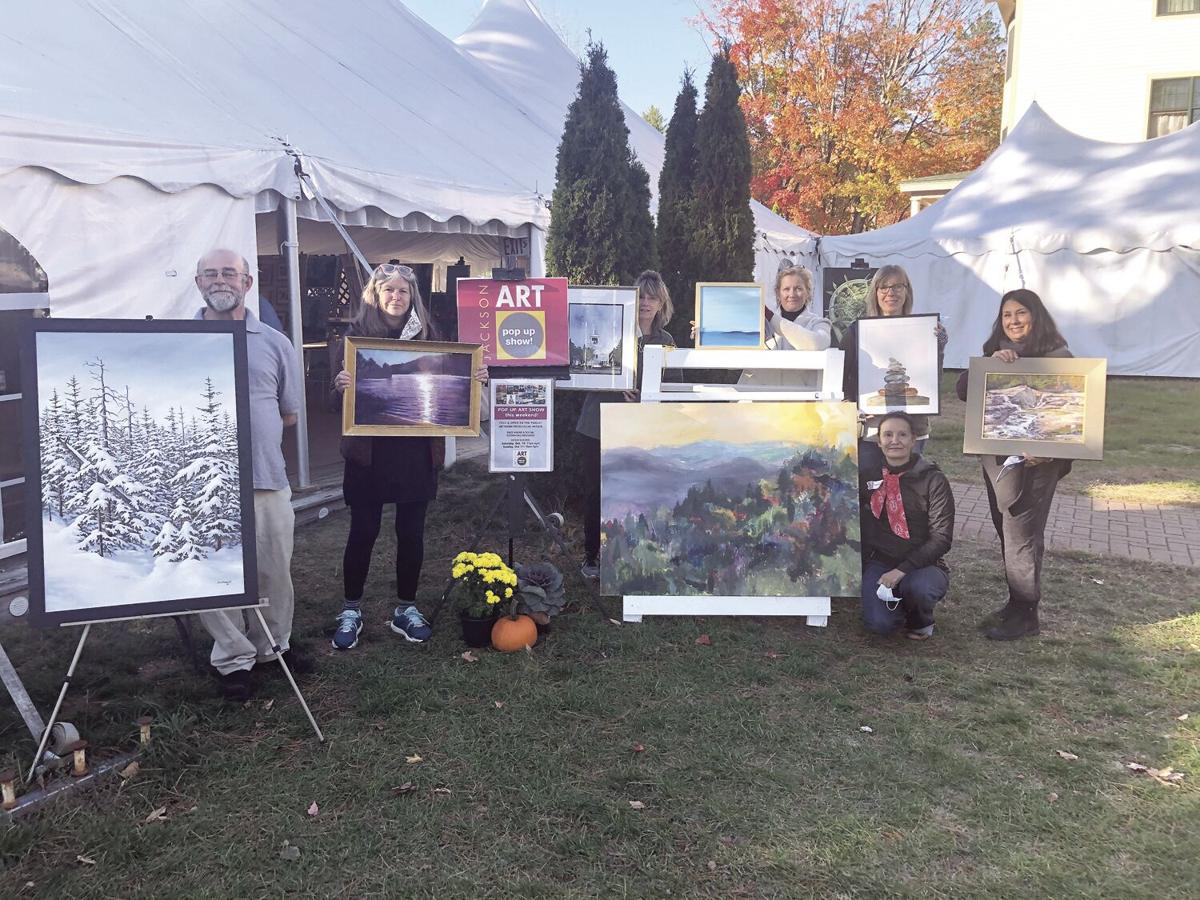 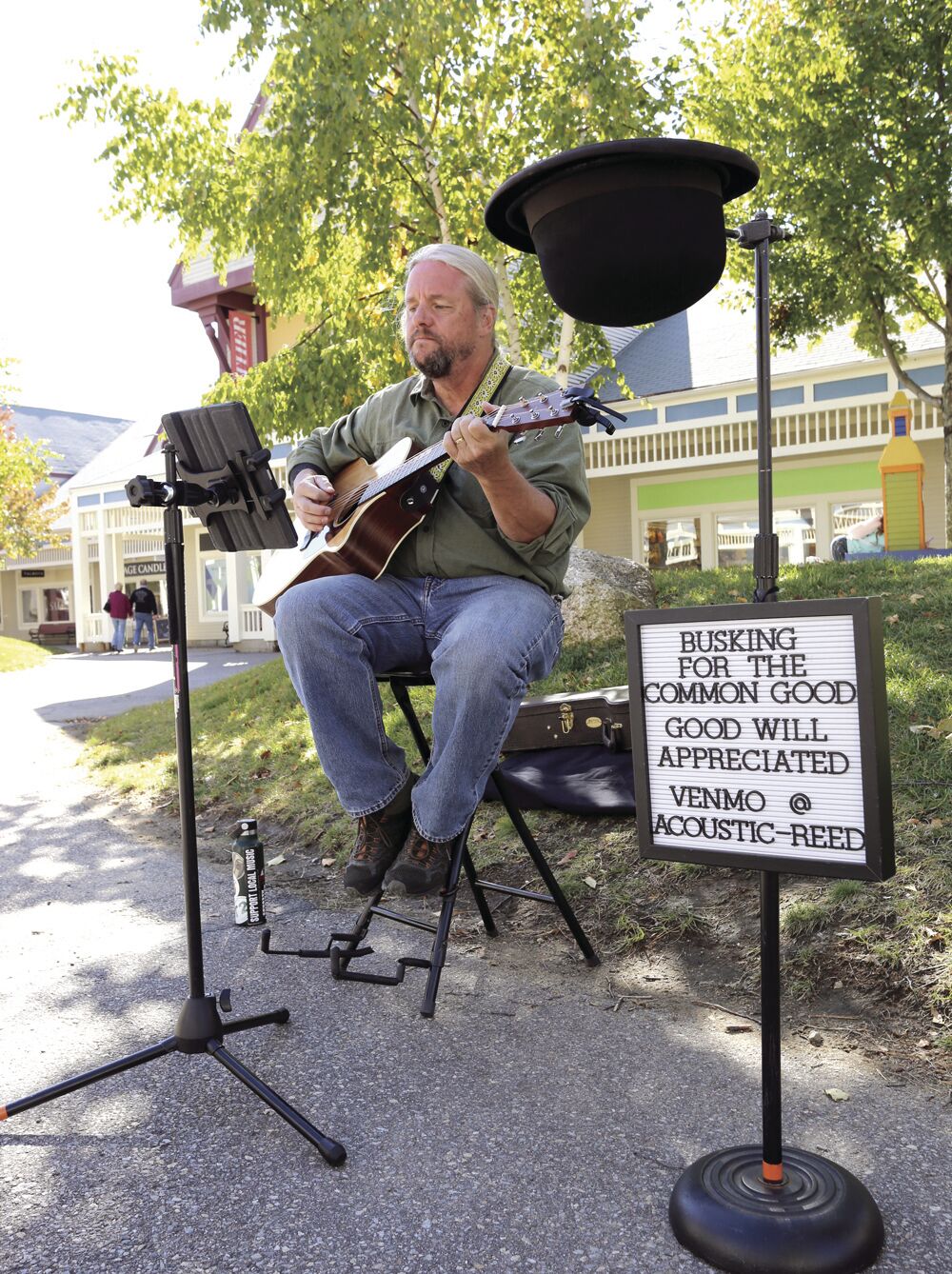 As we head down the home stretches of the fiery political campaigns, the fall foliage colors got better this week thanks to the rain.

Fellow skiers and riders are rejoining in knowing that while we get much needed rain here down below today, the higher elevations of the White Mountains are predicted to get a good dose of snow ending tonight  with up to 8 inches predicted.

As many have commented this week, including Jackson musician Davey Armstrong, this week’s rain has really made the colors pop, giving us a second wave (dare I use that term in the pandemic days?) of heightened autumn color.

It certainly will help the drought as well, with up to 3 inches of rain expected.

The snow on the summit is certainly helping to get us all in the mood for the coming ski and snowboarding season.

TAKING CENTER STAGE on Sunday, Oct. 18, and adding a pink hue to the foliage colors of red, yellow and orange is the New Hampshire Chapter of the American Cancer Society’s North Conway Rolling Pink Rally in lieu of the annual Making Strides Against Breast Cancer.

Due to COVID-19, there will be no walking this year. Instead there's the rolling rally, starting and ending at the Stonehurst Manor in North Conway.

Participants are asked to decorate their car, truck, jeep, motorcycle with past or present team banners, team name, signs, T-shirts, windshield paint, balloons or whatever they have to make it look festive. All decorations should be done prior to arrival.

Participants should arrive at the Stonehurst Manor on Sunday between 10- 10:15 a.m. for lineup instructions. All are asked to stay in their vehicles while waiting or during the rally. At 10:30 a.m., the group will be led on a valley tour by the Conway PD, heading south on Route 16 and back north on the North-South Road, left onto Kearsarge Road and then right back onto Route 16 to Stonehurst. To register, go to secure.acsevents.org/site or RSVP to  NorthConwayNHStrides@cancer.org.

The ACS adds it is doing a “Strides Across America” Walk Challenge, Oct. 18-31. Go to the above website for details.

AMONG LAST WEEKEND’s highlights was the very successful, first-ever Jackson Art Fall Pop-Up Art Show, held under the event tent at the Wentworth.

The show was organized by Melanie Barash Levitt of Jackson Art Studio (jacksonartnh.com) and welcomed by the Wentworth’s Ellie Koeppel. They’re already talking about hosting more shows there and other venues, Melanie reports.

“We are definitely going to do it next year at Wentworth and make it bigger. I am also looking at other venues  for spring pop-up art shows,” said Melanie.

Masks and social distancing rules were required and followed.

During this time when the pandemic has affected all of our lives, and when traditional events such as Attitash’s Oktoberfest are not happening, it made for a wonderful outing over the Columbus Day holiday weekend.

“People really enjoyed hearing the music by such local musicians as Riley Parkhurst and her dad Dan, Candie Tremblay Allen, Ryan St. Onge and Reed Van Rossum. I think people really appreciate being outdoors, and having the food, the shopping, the music and beer garden all made for a good mix,” said Laura.

SPEAKING OF MUSIC, kudos to new kitten parents Thom Perkins and Kathy Bennett, who are finalists in the Maine Songwriters Association Contest.

LOOKING FOR SOME safe, masked, socially distance outdoor fun this weekend? Today and Sunday, Oct. 18, the Leaf Peeper’s Craft Fair will be held at the North Conway Community Center, located at 78 Norcross Circle, Route 16, North Conway, near the Conway Scenic Railroad. Hours are 10 a.m.-5 p.m. Saturday and 10 a.m.-4 p.m. Sunday, with more than 80 exhibitors along with food vendors.

Masks and social distancing are required. For more information contact Joyce at (603) 528-4014.

PUMPKIN PATCH FUN: Conway Scenic Railroad’s Pumpkin Patch Runs are ongoing each weekend through the end of the month. Meanwhile, the Sherman Farm Corn Maize (featuring a theme of “Grow Your Community Support Local”) is open weekends through Oct. 25, and the Jackson Area Chamber of Commerce’s “Return of the Pumpkin People” continues in Jackson and throughout the valley through Oct. 31.

SO LONG, PHIL: As we wrote in Tuesday’s paper, we were saddened to learn of the passing on Oct. 9 after a period of declining health of iconic ski industry and former valley leader Phil Gravink, 85, in his and wife Shirley’s new hometown of Saco, Maine, where the former Attitash president and past National Ski Areas president had moved in 2015 from Jackson.

Next time you take a run at Attitash, you’ll feel Phil’s presence in the layout of Bear Peak, which he oversaw — he once told me that Attitash with its winding, classic ski trails was all Thad Thorne’s, while Bear Peak with its wider, more open western feel was his. He also oversaw the building of the Skimobile EXpress at Cranmore the one year that Attitash owned Cranmore under Les Otten’s ownership.

NO MATTER your political tribe, please mask it up and have a great weekend as you gaze at the snoliage and Mount Washington.