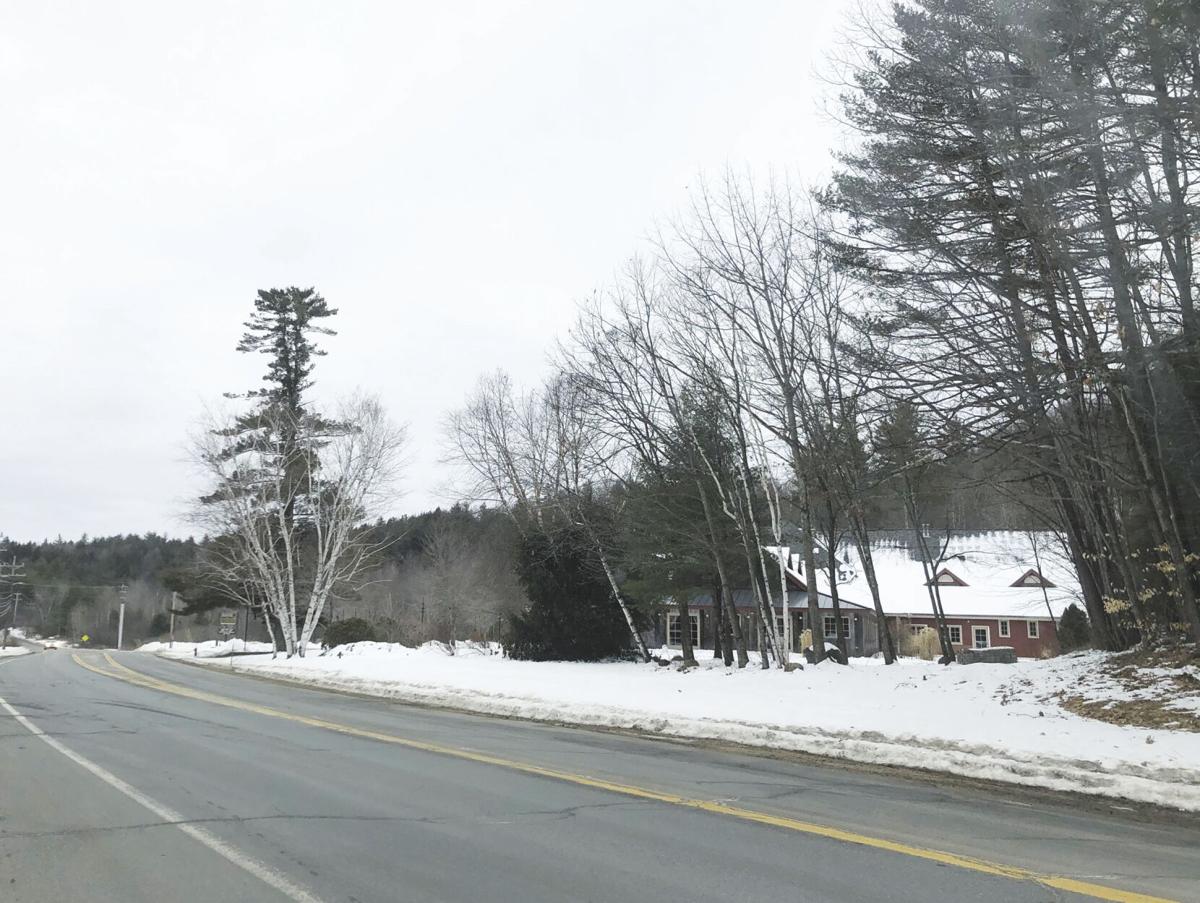 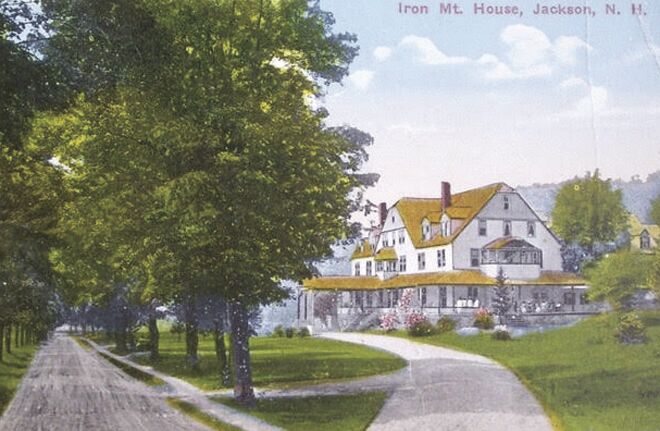 With the opening of the Mount Washington Stage Road in 1861, North Conway and Jackson began sprouting new lodging establishments. Jackson already had the Jackson Falls House and the Forest Vale House, but a third hostelry opened up on the other side of the Ellis River, right beside the narrow lane that served as the main road. James Meserve, whose wife and mother were both related to the owner of the Jackson Falls House, may merely have opened a few rooms in his big farmhouse at the foot of Iron Mountain.

By the 1870s, it had become almost exclusively a hotel, advertised in Portland and Boston as the Iron Mountain House.

The house burned down around 1877. A new hotel had been completed at least by 1885, and James Meserve’s son, Willard, soon took over as innkeeper. Abby Turner, a professor of physiology at Mount Holyoke College, spent many of her summers on one side or the other of Mount Washington, and she started the summer of 1918 at the Iron Mountain House. She climbed up the Duck’s Head trail one day, and found it lovely, but she told her mother the hotel was “rather more expensive than I think I can afford,” and it was too low in the valley.

She had her eye on a cheaper place at a higher elevation, 2½ miles away — most likely Moody Farm, at the base of Black Mountain — where she was waiting for a vacancy to open up.

The Iron Mountain House made the usual descent from renowned summer hotel to run-of-the-mill boardinghouse, and Willard Meserve ran it for 62 years. It must have been profitable right to the end, because he bought a brand-new Dodge sedan in the spring of 1941, when he was nearly 84, and in the spring of 1943, he advertised lodging space for 35 guests.

The Iron Mountain House operated as a ski lodge through the 1960s, and the owner eventually cleared a short slope on the mountain behind the hotel, installing a rope tow. This little self-contained ski area flourished for a few years but closed down about 1975 because (as rumor maintained) a new state minimum wage made it too expensive to continue keeping the additional staff.

The hotel itself closed its doors to guests in the 1980s. After some years of disuse, it finally burned down a couple of decades ago, offering a spot for the Red Fox Bar & Grille to spread out a little.