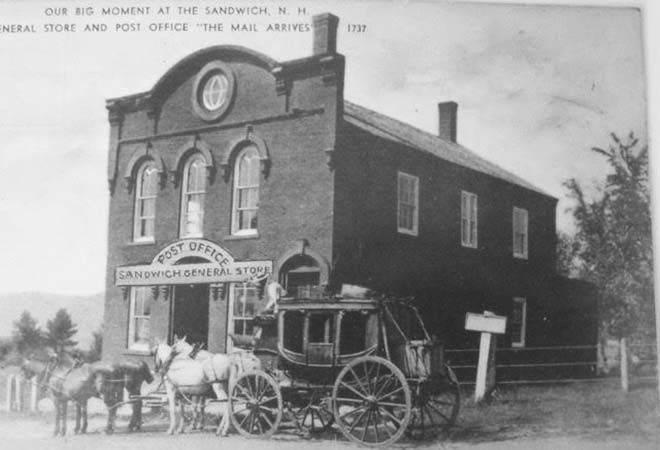 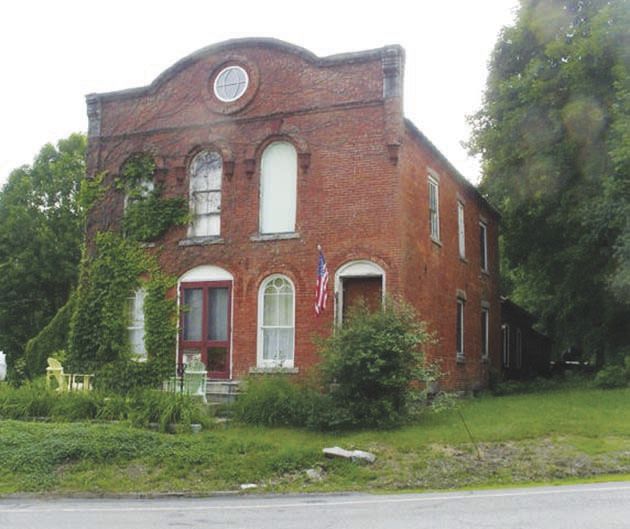 The birthplace of the Reporter, 2019. (WILLIAM MARVEL PHOTO)

The birthplace of the Reporter, 2019. (WILLIAM MARVEL PHOTO)

Arven Blanchard’s family brought him to Sandwich as a boy in the 1840s. As the youngest son, Arven remained with his aging parents even after he was married. On their farm he had been the one to do the butchering, and in the 1850s he set up shop in that capacity at Sandwich Lower Corner. With just over a half-million dollars in assessed valuation in 1854, Sandwich was a rich town for Carroll County — second only to Wolfeborough and well ahead of Conway. Arven prospered as a butcher, and he did nothing to deplete his finances when he married the only daughter of a neighboring landowner.

During and immediately after the Civil War, Arven opened a grocery store, which was then a bold venture for a relatively rural village, and he added dry goods to increase his patronage. Sandwich Lower Corner sat conveniently distant from Moultonborough Corner and from Center Sandwich, where his cousin operated a general store. That gave him the trade of those who wanted to save two miles of travel, and he gained another tremendous advantage when he snared the position of postmaster in 1872.

If he had not yet constructed the store pictured here, he did so as soon as he secured the postal appointment. The brick facade imitates the Italianate style so popular between 1855 and 1875, with arched doorways and windows and a bracketed cornice with its own central arch.

Blanchard remained postmaster for 35 years, during which time the name of Sandwich Lower Corner gradually evolved into Sandwich Post Office. The stage from Wolfeborough delivered the mail bag every afternoon, including Sundays, which always attracted numerous patrons who might be reminded of goods they needed at home.

Blanchard and his wife wasted no time producing 13 children. The first of them, Charles Edward Blanchard, was evidently conceived on his parents’ wedding night in 1860, for he was born 257 days later. In his youth Charles helped his father in the store, printing posters and other advertising for him in a shop on the second floor, and on June 7, 1883, he issued the first edition of the Sandwich Reporter. For a dozen years he continued to publish that newspaper there as a weekly, but in 1893 he married Elizabeth Sawyer of Intervale, and by 1895 she convinced him that the future lay in North Conway. He moved presses and all up there, blending the Sandwich Reporter with the new White Mountain Reporter.

Activity at Sandwich Lower Corner had begun to dissipate by then. The stagecoach photo above was probably taken in the late 1890s, and things look quiet. With the post office position, Arven Blanchard managed to keep his store afloat to the end of his days, but in September of 1907 he resigned in bad health and died a month later. His son almost immediately sold his North Conway newspaper and moved away, but the Reporter survived for another 85 years, providing an apprenticeship in journalism for numerous Conway Daily Sun veterans, including yours truly.