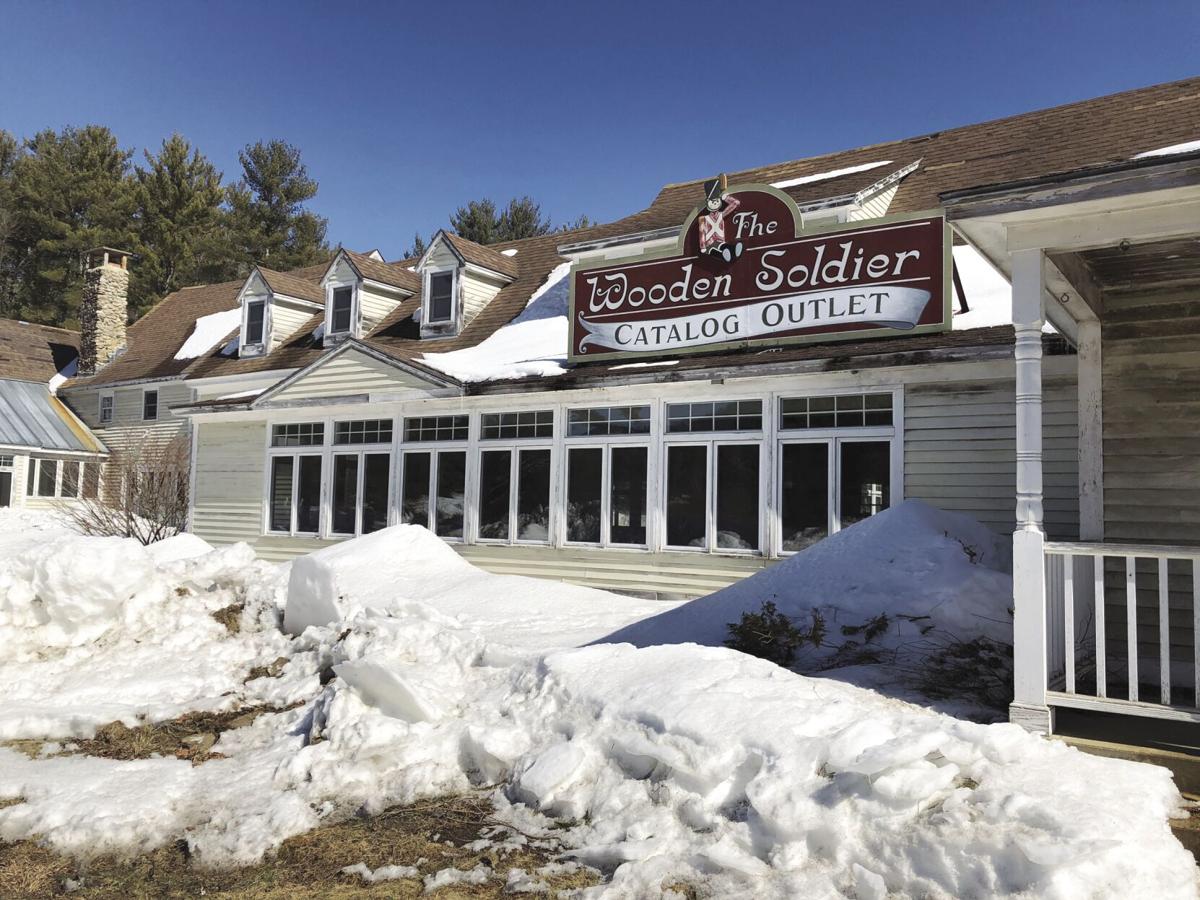 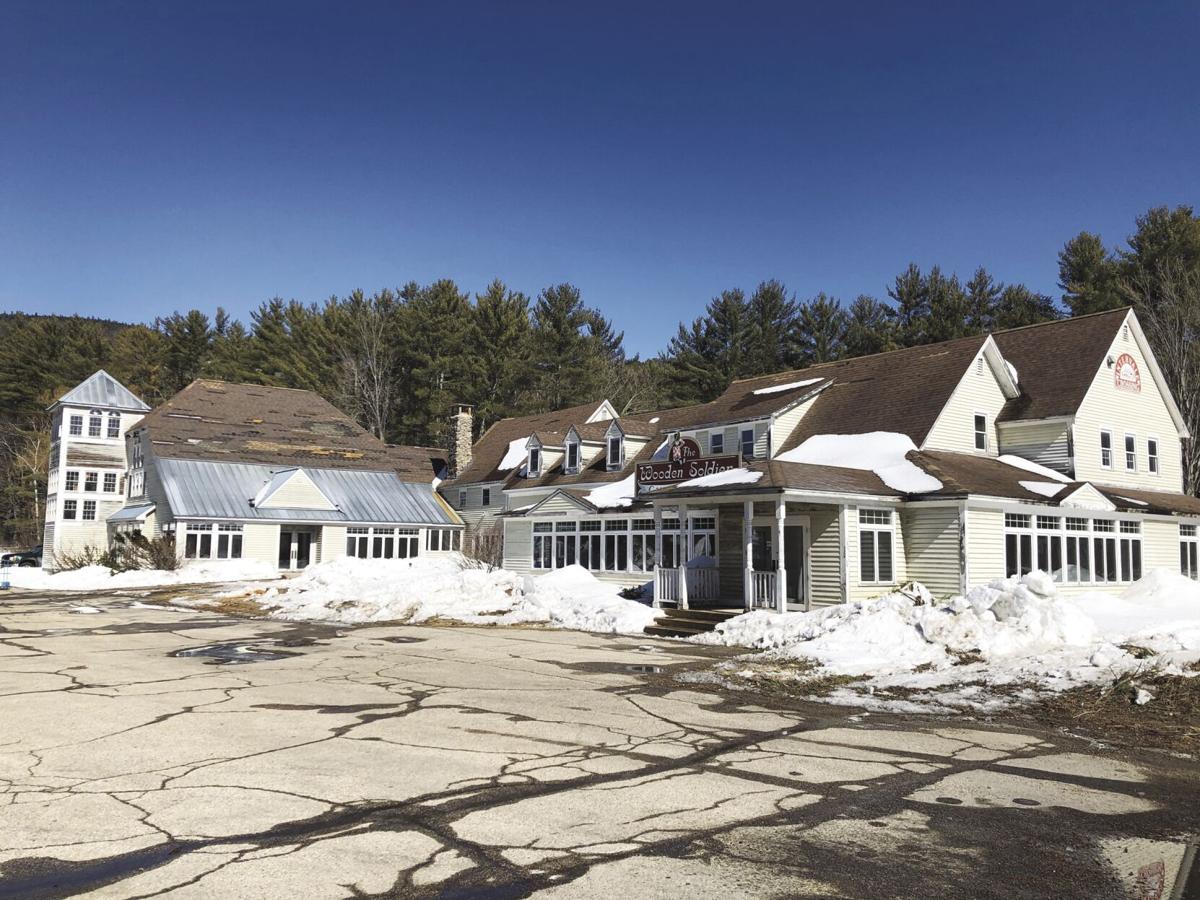 This 17,000-square-foot structure at the corner of Route 16 and 16A in Bartlett was sold Feb. 5 for $660,000 to Stan and Maryellen Szetela of Intervale. (MARGARET McKENZIE PHOTO) 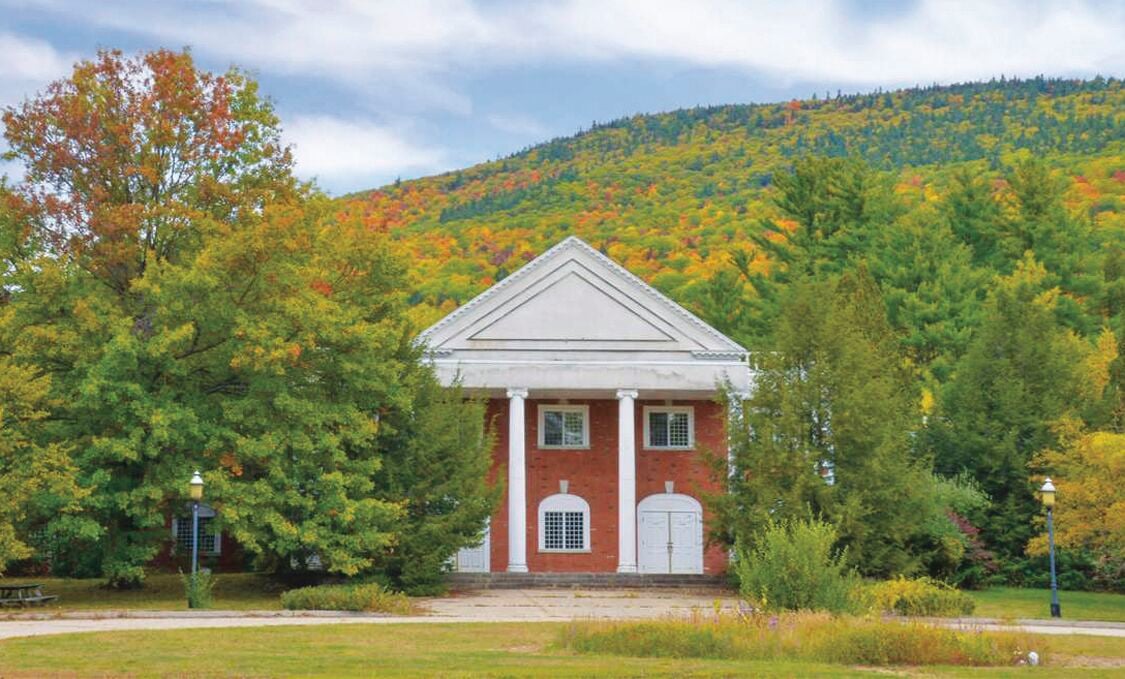 This 17,000-square-foot structure at the corner of Route 16 and 16A in Bartlett was sold Feb. 5 for $660,000 to Stan and Maryellen Szetela of Intervale. (MARGARET McKENZIE PHOTO)

BARTLETT — The former showroom/retail shop for the Wooden Soldier at the intersection of Routes 16 and 16-A in Intervale at 522 Route 16 was sold Feb. 5 by David and Yvonne Mennella of North Conway to Stan D. and Maryellen Szetela of Intervale.

According to listing agent Greydon Turner of Pinkham Real Estate of North Conway, the 1900-built, 17,000-square-foot structure was sold by the Mennellas to the Szetelas along with 5.9 acres for $660,000.

Stan Szetela, 69, said Tuesday that he sees lots of potential for the structure, which is located across from the Intervale Dunkin Donuts and just north of the Trading Post complex.

“It needs a new roof, and we’ll be working on that. It’s got lots of nice space inside. We will look at a mixed use of retail, office space and maybe three or four apartments upstairs. We’ll see,” said Szetela, a business owner in the valley for over four decades.

“I want to give credit to my wife, Maryellen, for agreeing with my plan to buy it as I have been driving past it for two years now, and I just think it has potential," he added.

In addition to his masonry business, which is currently doing work on the new North Conway Fire Station, the Szetelas also own Arthur’s Memorials of Redstone.

The sale was transacted by Turner, a commercial Realtor, with fellow Pinkham Realtor Linda Pinkham, the latter of whom has worked on residential properties with the Mennellas over the years.

According to Turner, he and Pinkham were the sole Realtors involved as the Szetelas represented themselves.

The Mennellas are owners of the Wooden Soldier, a children’s clothing mail order business that maintains a website, woodensoldier.com. On the home page it says the retail store at 24 Kearsarge Road in North Conway is "temporarily closed." The phone number when called results in a message saying the number is longer in service.

A note on the Wooden Soldier home page from David and Yvonne Mennella says, "For 42 years it has been our pleasure and privilege to provide quality children's clothing for special family times. ... As we are retiring, it is time for us to end this chapter with this final 2019 Christmas Season."

Turner said he believes the Mennellas closed down the retail and distribution center in Intervale “approximately two years ago.”

They own another property abutting the Wooden Soldier Catalogue Outlet in Intervale. The former Grand Manor car museum, an imposing 20,000-square-foot brick building on 20 acres located at 544 Route 16, is listed for $1.375 million and is represented by Pinkham Real Estate.

It most recently was used by the Mennellas for their Wooden Soldier distribution center.

Turner says that property is well-suited for many options, including retail and distribution, and is well positioned for a residential project.

The building dates back to 1983 and is believed to have been operated as the car museum from 1985-93, according to Frank Jost, former museum curator and now purchasing and logistics manager with the Appalachian Mountain Club at its Pinkham Notch Visitor.

He said the Grand Manor was owned by the late Vincent Barletta of Roslindale, Mass., who sold it to the Mennellas in the early 1990s.

“Vincent owned some of the cars; others came from a variety of sources. It evolved over the years to also feature other vehicles,” said Jost.

“Some were for sale; others belonged to people who took advantage of the storage opportunity. The most incredible vehicles included a 1931 Dusenberg, a 1930 V-16 Cadillac, a 1956 Gullwing Mercedes and the hot rod from the ‘Happy Days’ TV-show. We also had the ‘Bonnie and Clyde’ movie car and Christine, from the Stephen King movie of the same name,” said Jost, who co-managed the museum with his wife, Beth.

As for the Wooden Soldier property purchased by the Szetelas, it was operated as the Crystal Hills Inn and then as the House of Color, a gift and curio shop.

It was then bought by the late Robert Bramble of Jackson, according to Norman Head of Badger Realty.

“Bob wanted to raze it and build something new at the same location, but Bartlett zoning required them to retain at least one original wall so he did when he renovated it. He sold it to the Mennellas,” said Head, who is a member of the Bartlett Historical Society.

For more information, call Turner at Pinkham Real Estate at (603) 356-5425 or go to pinkhamrealestate.com.