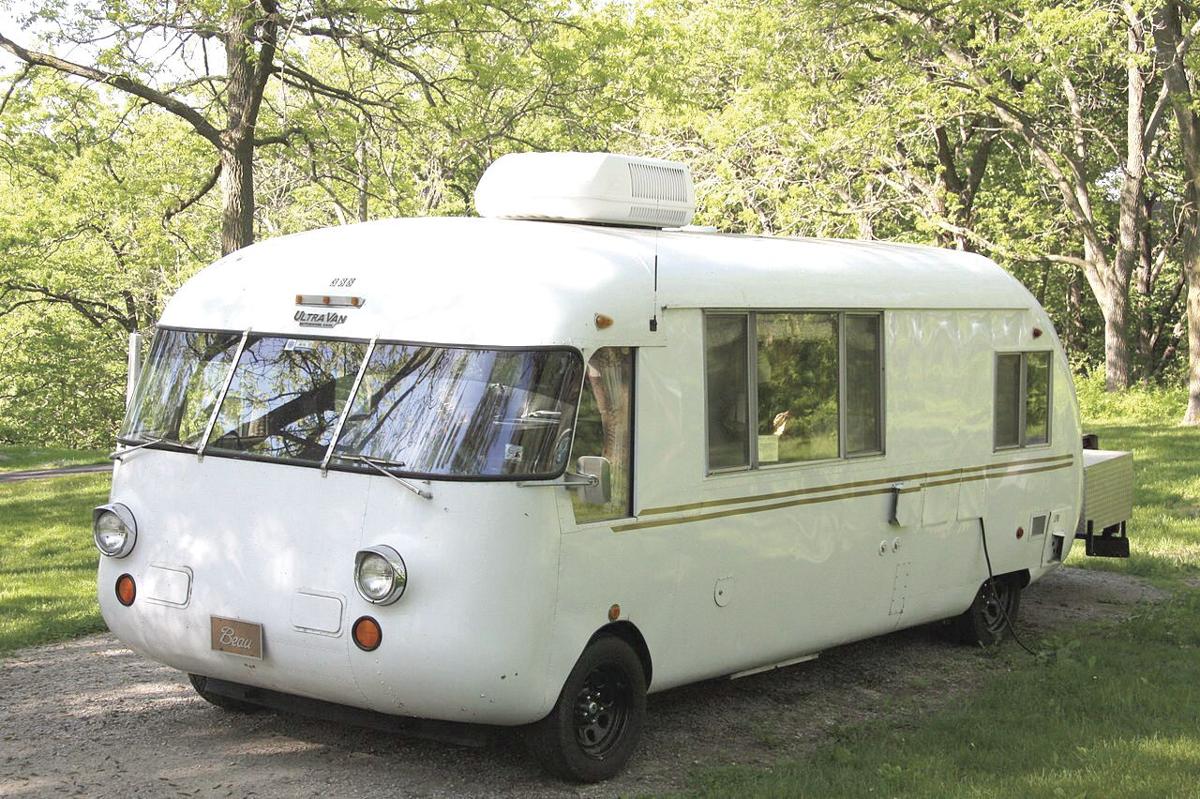 The Ultra Van was hand-built on a Chevrolet Corvair chassis. A total of 370 Ultra Vans were produced in the 1960s, ceasing production in 1969. (WIKIPEDIA IMAGE) 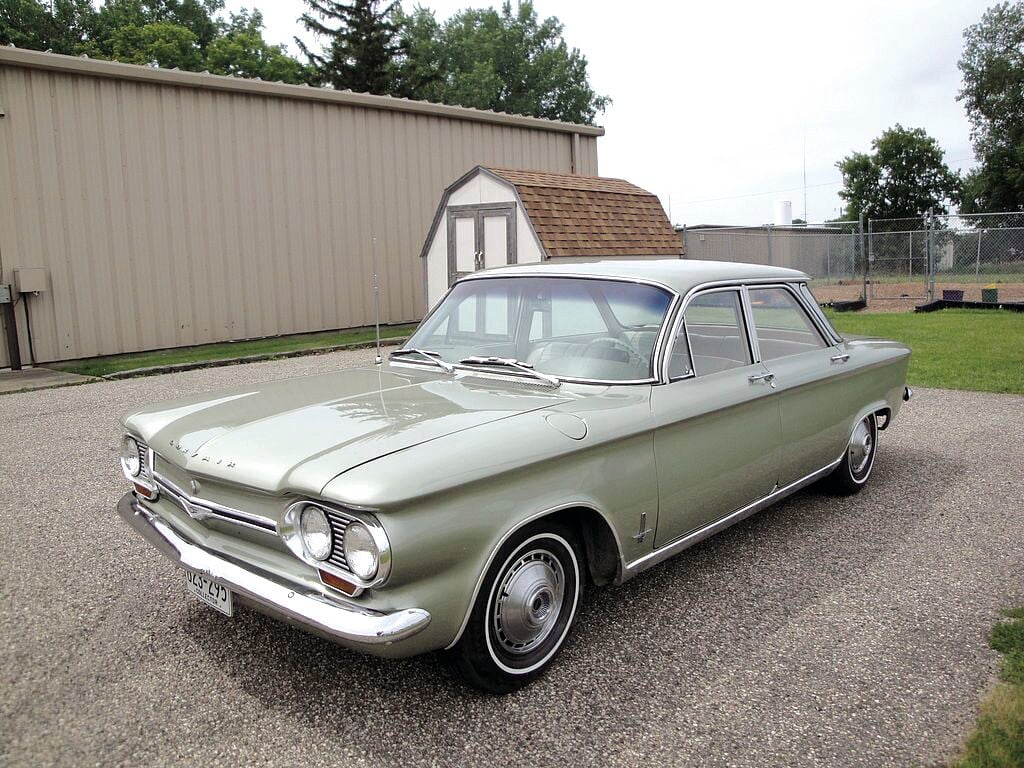 A 1964 Chevrolet Corvair Monza. The Corvair was built throughout the 1960s and included various models from two- and four-door sedans to station wagons and vans. (WIKIPEDIA IMAGE)

The Ultra Van was hand-built on a Chevrolet Corvair chassis. A total of 370 Ultra Vans were produced in the 1960s, ceasing production in 1969. (WIKIPEDIA IMAGE)

A 1964 Chevrolet Corvair Monza. The Corvair was built throughout the 1960s and included various models from two- and four-door sedans to station wagons and vans. (WIKIPEDIA IMAGE)

Aircraft pose unique design challenges in that they need to be lightweight in order to carry a useful load, but make them too light and they become frail. Choice of materials is critical and aluminum is popular among legacy manufacturers due to its high strength to weight ratio and its ability to conform. Engineering component junctions could provide rigidity without adding weight. Add a crease to a flat panel and it becomes stiffer. Well-placed round holes in a solid beam can reduce weight without compromising integrity.

Other materials have been used over the years, like wood and steel but they need to be thin to be viable and they still carry weight and bulk. Modern construction techniques using composites and fiberglass can offer sleek, seamless designs but require clean, enormous fabrication and curing facilities and the associated costs can be prohibitive in many cases.

The sky meets the road where recreational vehicles are involved. With the exception of their individual operating environments, they’re two prongs of the same fork. Both benefit from light weight and strength and both can utilize similar design and fabrication techniques.

And so it was, in the 1950s, when Dave Peterson, an aerospace engineer with tenure at Beechcraft and Boeing, was trying to solve his issue of towing his Spartan camper, itself a sister product of the Spartan Aircraft Co., and his boat while going on vacation.

He thought of powering his Spartan trailer with a motor in the rear. It would have a low ride height for better handling and aerodynamics, a bed in the back over the engine, a flat front for optimum view when driving, and it would be tall enough to stand and walk around with an unobstructed floor, seating for four when traveling, and insulated for year-round use.

While motor homes or self-powered RVs were nothing new, existing models were based on a truck chassis that sat tall and had to make accommodations for a front-engine, rear-drive layout.

The pieces for Dave’s dream began to come together when General Motors introduced the Corvair in 1959. The 80 horsepower rear engine and flat floorpans provided the platform on which Peterson could create his “Go-Home” and that’s exactly what he did in a rented garage space over four months in California in 1960.

Dave wasn’t the only one excited for this new camper coach, others were soon asking if he would build more. Tapping into a local technical school apprenticeship program, Peterson and his students turned out another 15 of these RVs, soon to be dubbed the Ultra Van, and sold them for around $7,000 each.

It is true that Dave’s Ultra Van had similar amenities as existing Class A RVs but the Ultra offered more than 6 feet of headroom in a vehicle that stood barely 8 feet tall. Its extensive aluminum construction, borrowed from aircraft monocoque design techniques allowed an overall weight of around 3,000 pounds, less than many cars at the time. There was no traditional frame but an aluminum stressed skin riveted to aluminum ribs incorporating necessities such as wheel wells, seat platforms and water tanks as structural members further reducing weight and adding strength.

By 1965, a businessman named John Tillotson negotiated the rights to manufacture the Ultra Van and began production on a defunct World War II naval airbase, taking advantage of the depth of knowledge and aircraft building experience among the local labor force in Hutchinson, Kan. Within a year new Ultras were rolling out at an average of eight per month at a cost of $8,995 each.

Like many great ideas, timing plays an outsized role in their success and during the mid-1960s, when gas was still pretty cheap and an 80 horsepower engine struggled to fight highway headwinds, the market for an efficient but odd motorcoach was limited. All that aluminum material, largely hand-built, came at a cost, too — $8,995 in 1966; that would set you back more than $77,000 today.

The laws of economics inevitably caught up with the Ultra Van and production ceased in 1969 along with the demise of Chevrolet’s Corvair, but not before a total of 370 Ultra Vans rolled out of the assembly plant, the final 40 having alternative engines rather than the Corvair powerplant.

Today there remains a robust owners and enthusiasts group for the Corvair-powered Ultra Van with a registry that keeps track of the remaining units, of which 200 are known to survive. It may not win the award for the quickest Corvair but the Ultra Van definitely wins the award for the largest.

Eric and Michelle Meltzer own and operate Fryeburg Motors, a licensed, full-service automotive sales and service facility at 26 Portland St. in  Fryeburg, Maine. More than a business, cars are a passion, and they appreciate anything that drives, rides, floats or flies.