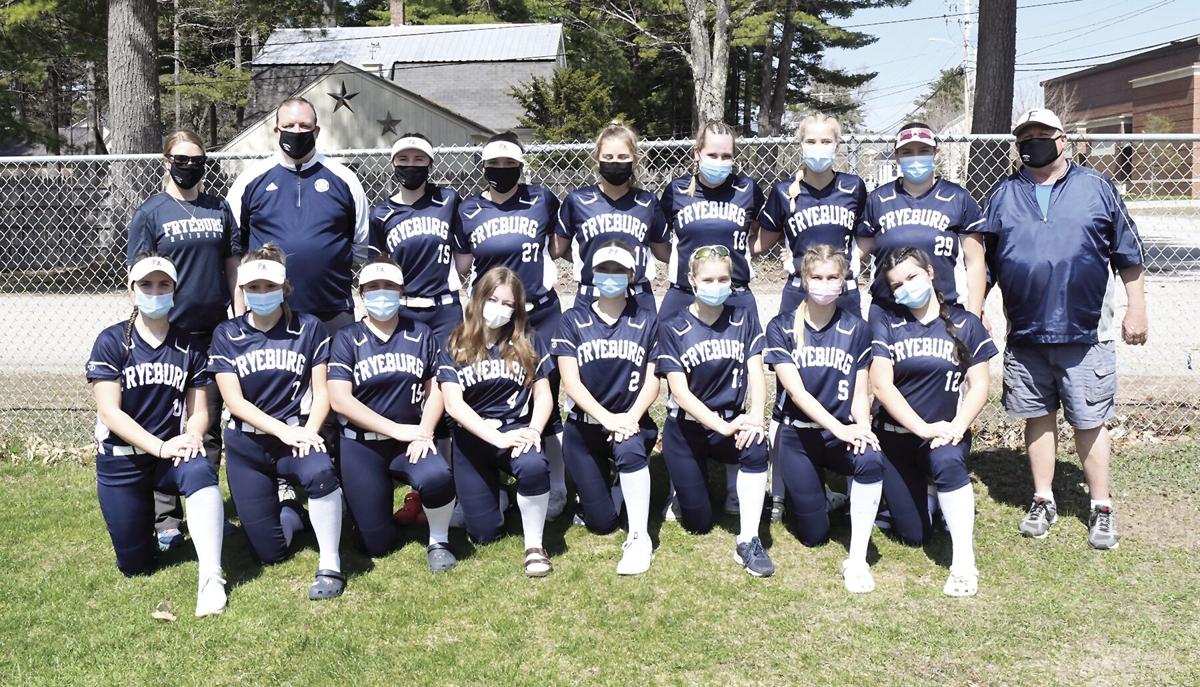 The 2021 Fryeburg Academy softball team is a good mixture of veterans and enthusiastic newcomers eager to make their mark on the diamond. The Raiders opened the season with a 7-0 victory on the road over Greely. (LLOYD JONES PHOTO) 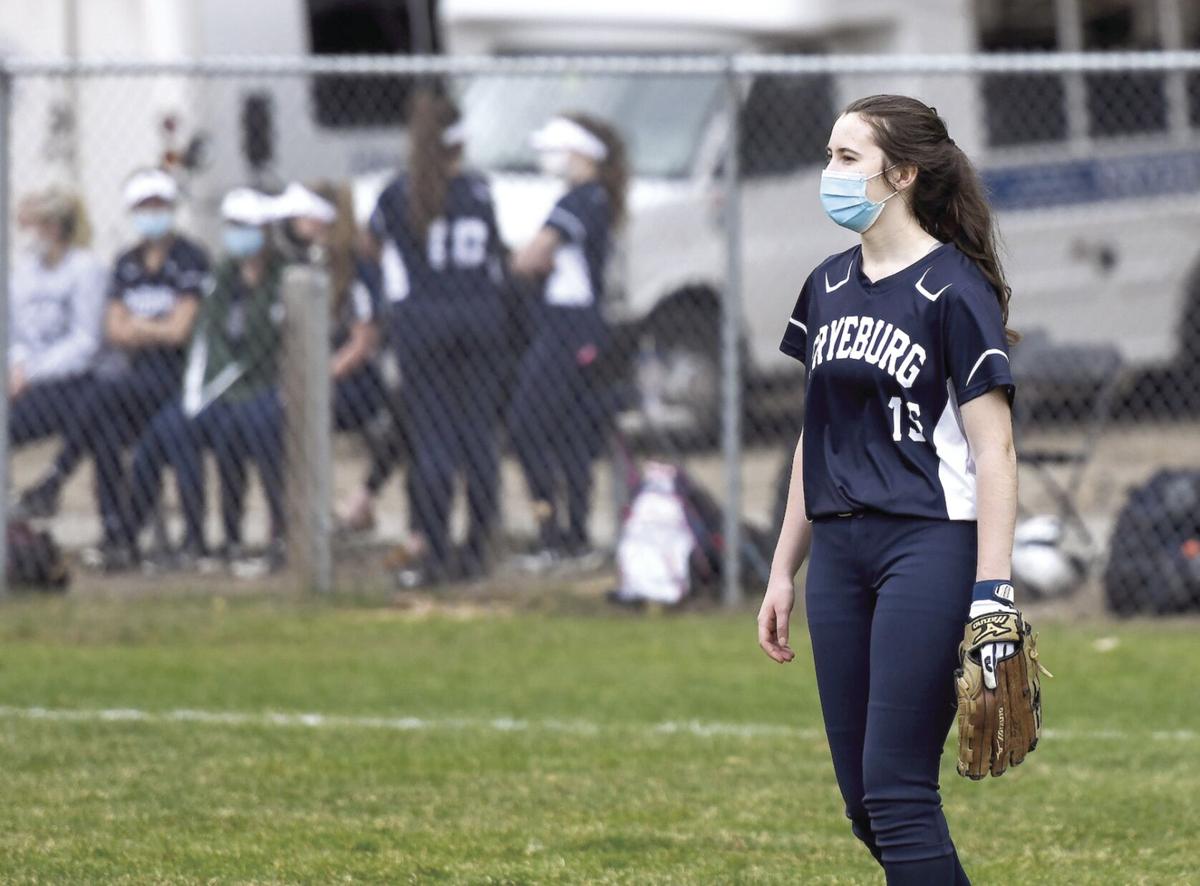 Masks will be mandatory this season on the softball diamond in Maine for high school athletics. Fryeburg Academy junior Emma Rydman has adjusted to the new COVID-19 protocol. (JULIAN ZHU PHOTO)

The 2021 Fryeburg Academy softball team is a good mixture of veterans and enthusiastic newcomers eager to make their mark on the diamond. The Raiders opened the season with a 7-0 victory on the road over Greely. (LLOYD JONES PHOTO)

Masks will be mandatory this season on the softball diamond in Maine for high school athletics. Fryeburg Academy junior Emma Rydman has adjusted to the new COVID-19 protocol. (JULIAN ZHU PHOTO)

FRYEBURG — COVID-19 continues to interrupt spring sports. In the early going Fryeburg Academy had difficulty getting everyone out for practice. Missing the entire season last year has left the coaching staff — Coach Fred Apt and Assistant Coach Chris Dutton — unaware of the younger player's unique talents.

Two years ago Fryeburg played for a Regional Championship. Returners from that team will have to be responsible for pulling the wagon. Emilia DeSanctis will handle most of the pitching responsibilities, with Camden Jones available on the side. When not pitching Camden will hold down the shortstop position, and both girls will be counted to hit.

Captain Morgan Fusco will be solid behind the plate with Kayrin Johnson back at second base. Katy McIntyre will hold down the very important center field slot, which makes the Raiders strong up the middle, but still looking to fill the corner positions.

The coaches will be challenged to do their finest work to make this season a success, but Apt and Dutton welcome the challenge, and above all, are thrilled this squad gets to play ball.

This team should score runs with its pressure-free offensive philosophy of just put the ball in play up the middle and run the bases aggressively. The Raiders hope to pressure to score every inning and take any big hits as they come.

DeSanctis will look to spot her fastball from the circle and nibble on the outside corner to righties and the inside corner to lefties. It will be comforting to her to have Fusco behind the plate blocking pitches and gunning down possible base swipers.

The Raiders got the season off on a good note with a 7-0 victory over Greely in Cumberland, Maine, on April 20. DeSanctis pitched a three-hit, 13 strikeout, complete game and also belted a two-run double in the second inning of the win.

FA scored two runs in each of the first two innings and never looked back in the victory. DeSanctis used a live fastball and occasionally changed speeds to keep the Greely batters off-balance in the shutout.

Coach Apt and Fusco seemed one step ahead of the Greely offense calling pitches as DeSanctis executed from the circle.

Neither team created much offense through the middle innings until Raider Katy McIntyre came through with a two-out triple in the seventh, which drove in three runs. It was a nice way to cap off a very successful opener for the Raiders. Coach Apt was pleased with the outcome.

Coaches Apt and Dutton have a way of making everyday fun, and thus their players believe in themselves, and when a team believes watch out. The sky’s the limit, and the learning environment is rich. It is hard to know where opponents will be at. I think when these girls realize the point is to win. They will win. Call me a homer, but I like the attitude of this group. I would refer to them as a combination of toughness and talent with a little pinch of attitude that will put them over the top. When it comes to the 2021 Raiders coaches and players I’m all in. They are just what we need. A little bit of inspiration.

The Raiders hosted Sacopee Valley on Monday to open a home-and-home series with the Hawks, which culminated in Hiram, Maine, on Wednesday. Fryeburg won both contests, winning 7-1 at home and 8-1 on the road to improve to 3-0.

Fryeburg is scheduled to host Oxford Hills on Friday at 4 p.m., weather permitting.