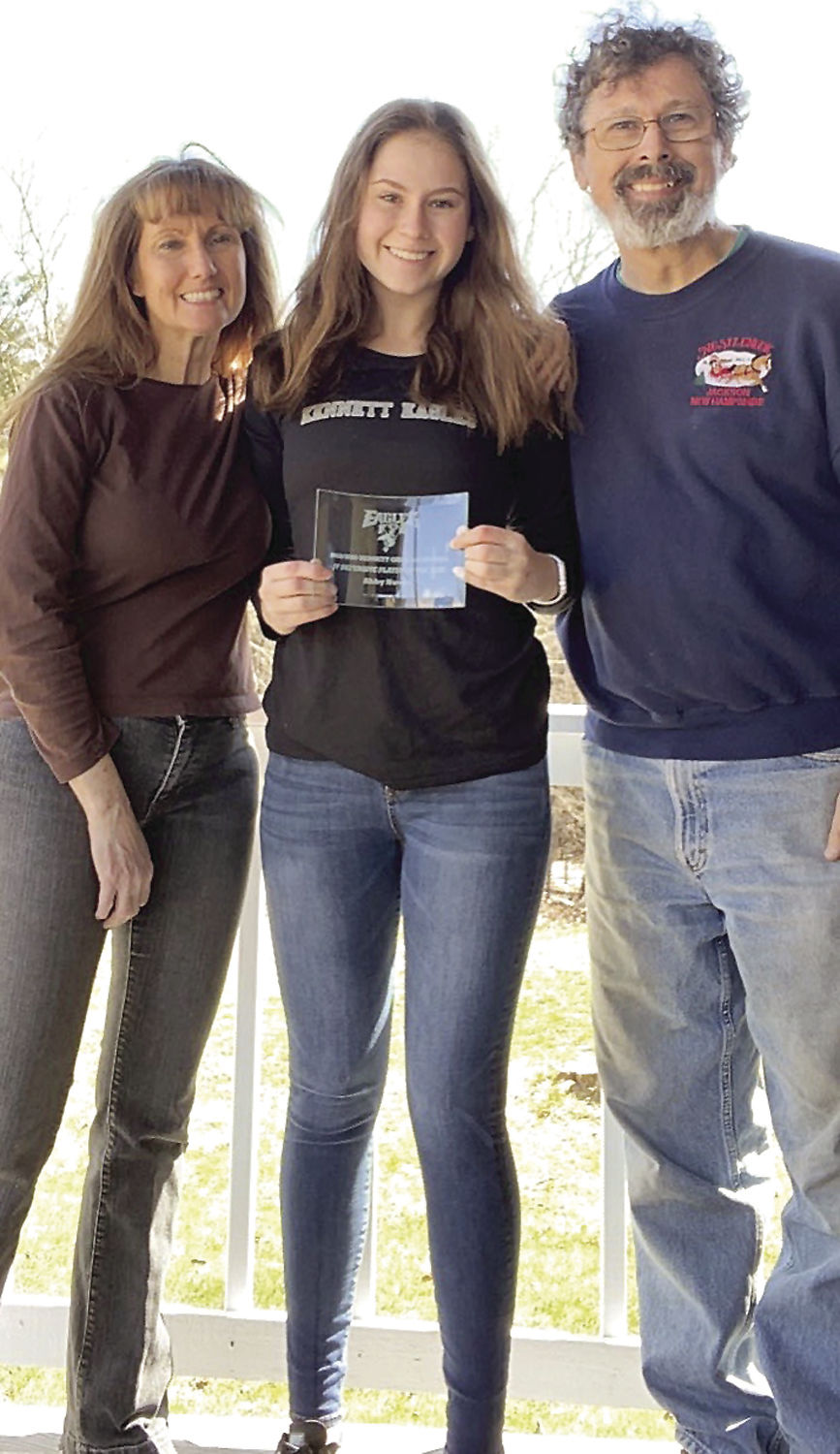 Abby Novak, seen here with her parents, has been selected as the Kennett High JV girls' basketball team's "Defensive Player of the Year" for the 2019-20 season. (COURTESY PHOTO) 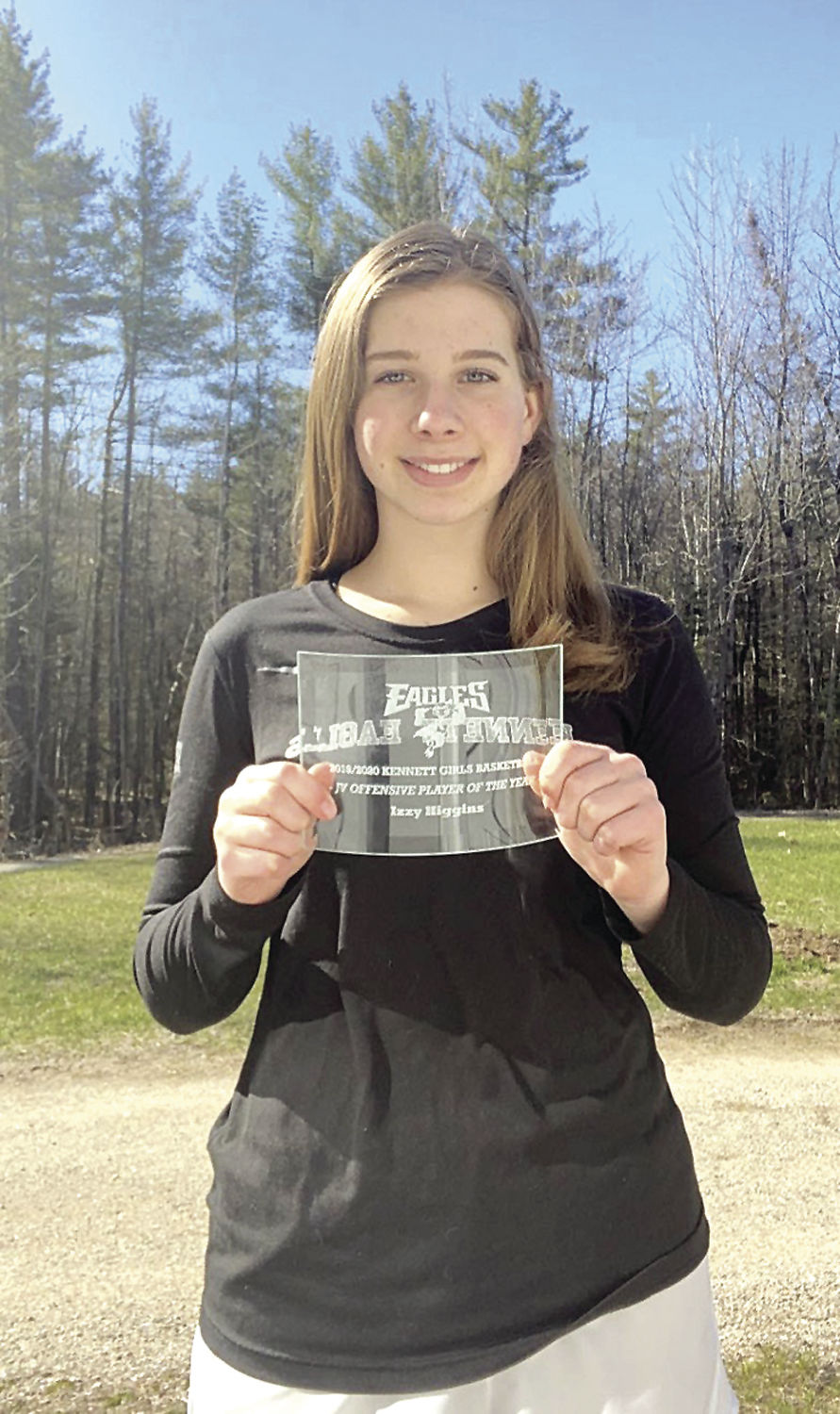 Izzy Higgins has been selected as the Kennett High JV girls' basketball team's "Offensive Player of the Year" for the 2019-20 season. (COURTESY PHOTO)

Abby Novak, seen here with her parents, has been selected as the Kennett High JV girls' basketball team's "Defensive Player of the Year" for the 2019-20 season. (COURTESY PHOTO)

Izzy Higgins has been selected as the Kennett High JV girls' basketball team's "Offensive Player of the Year" for the 2019-20 season. (COURTESY PHOTO)

CONWAY — The Kennett High girls’ basketball team took to the internet recently to hold its end of the season award’s ceremony.

“I ended up pulling up four members of the JV team — Catherine Chick, Maddie Quinn, Izzy Higgins and Hope Elias — during the season due to injuries,” said Larry Meader, head coach of the varsity Eagles. “They as well as Emily Kenny swung between JV and varsity. Emily was with varsity the whole year and swung. With injuries that happened, Emily and Catherine's role were the first to increase with the varsity squad. Other then Hope, they all scored their first varsity points this year, and they all saw varsity minutes.”

He added: “They all were great assets and teammates. Sometimes kids whose role is to support the team off the bench and during practices with the varsity squad don't think they have much impact, but these girls embraced their roles and made the entire team better by working hard and pushing their teammates.”

Meader concluded: “All 12 kids on a basketball team can't play significant minutes in every game, but a great team can't be great without 12 kids who are willing to work hard every day whether they play 32 minutes or zero minutes. Great teams have great teammates who put their team first and that's what these kids brought.”