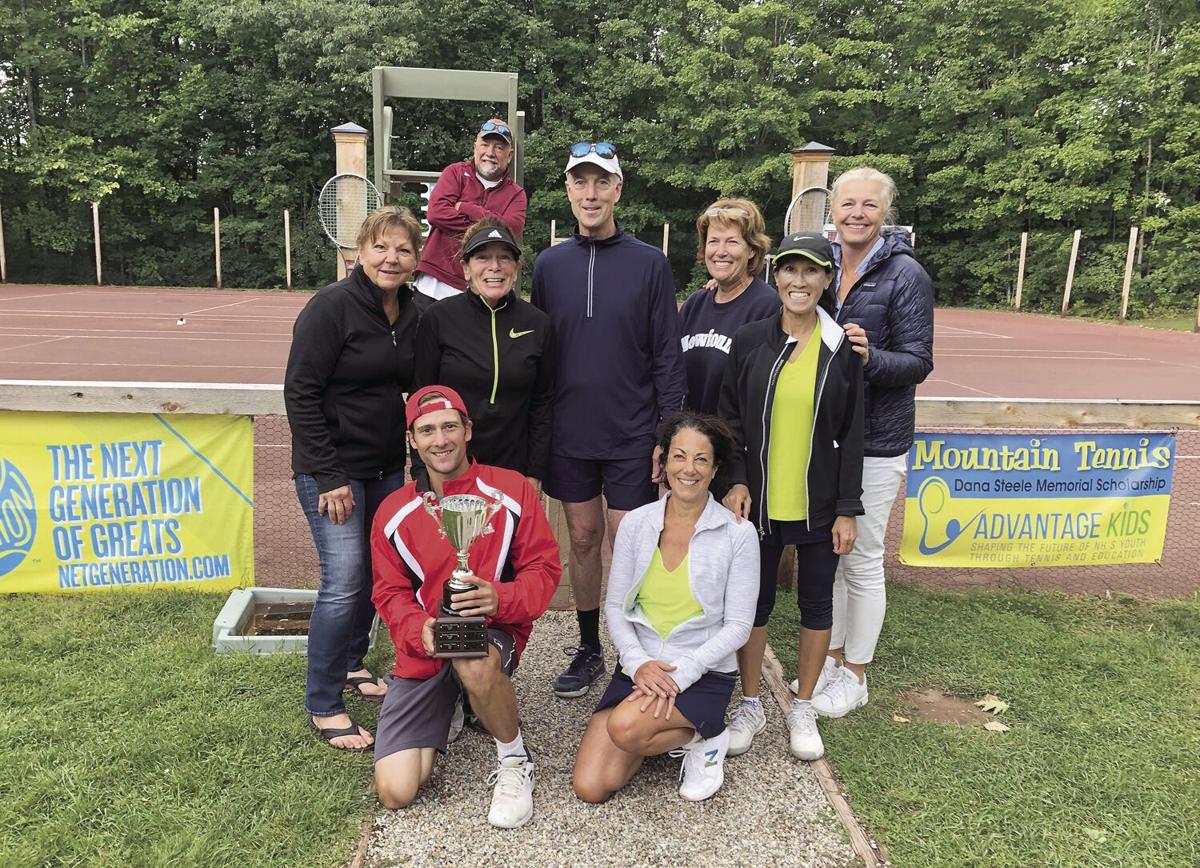 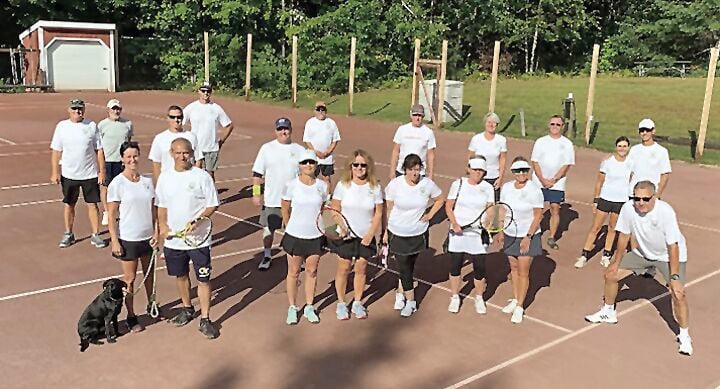 JACKSON — Bridgton Highlands traveled to the Jackson Tennis Club this year to play the annual Challenge Cup tournament between the two stateline neighbors.

Jackson won the Cup last year and enjoyed bragging rights until the teams met this past weekend.

In line with the four-year Challenge Cup tradition, as the victor, Jackson earned the right to host the event and keep the trophy. The Challenge Cup is a unique tournament that promotes friendly competition between the two clubs to expand the passion of tennis in the Mount Washington Valley and Lakes Region.

This year’s format had each team with three flights in the mixed doubles, men’s doubles and ladies doubles division.

The Challenge Cup began Aug. 22, but was suspended due to rain. Before the rain hit, Bridgton Highlands due of Jeremy Muench/Jose Azel def. Mike Mallet/Mark Guerringue to capture the No. 1 men’s doubles flight. The match set the tone of the tournament with excellent doubles play between both teams.

In the final men's’ doubles flight, Jackson’s No. 3 team of Bob Yanuck/TomMcDonough relied on their doubles experience to earn the victory over Dave Bernier/Rick Siegrist.

The ladies No. 1 doubles flight was suspended with Bridgton leading a set.

The Ladies No. 3 doubles flight was suspended with Bridgton Highlands up a set and all three of the mixed doubles flights would have to wait until Friday and Sunday to be concluded.

On Saturday, Jackson Tennis Club’s Bridget Herlihy/John Tanzman were too strong for John Waldie/Mary Johnson and despite some great points, earned a straight sets victory indoors at the North Conway Tennis Association court.

The last match to be finished came down to No. 1 ladies doubles and it was the most competitive match of the tournament. Bridgton Highland's Mikita Orsoz/Carol Kelley appeared down and out, but managed to climb back in and squeak past Jackson Tennis Club's Carolyn Wachnicki/Alena McDonough for Bridgton sixth victory.

The cup will return to Bridgton Highlands next year where they will host the 2021 Challenge Cup Tournament.

“This is a fun tournament because it really emphasis the comrade between the clubs and feels like a Davis Cup match,” said Justin Chaffee of Bridgton Highlands. “It is great to see the balance of respect and passion with Jackson and Bridgton playing a game we all love.”

Chaffee thanked all the players “for their participation, excellent play and patience throughout the tournament. A special thank you to Jackson Tennis Club for hosting the event on their beautiful red clay courts, to Paul Schueep, Duncan Yarworth, John Tanzman, Bridget Herlihy, and Laurie Gabriel.”

The final tournament of the season will be The Harvest Hills Animal Shelter Mixed Doubles Tournament on Saturday, Sept. 12. Tennis players interested in entering the event to support a great cause, can please email: Justin at: Justinc1984@gmail.com for further information and to sign up.