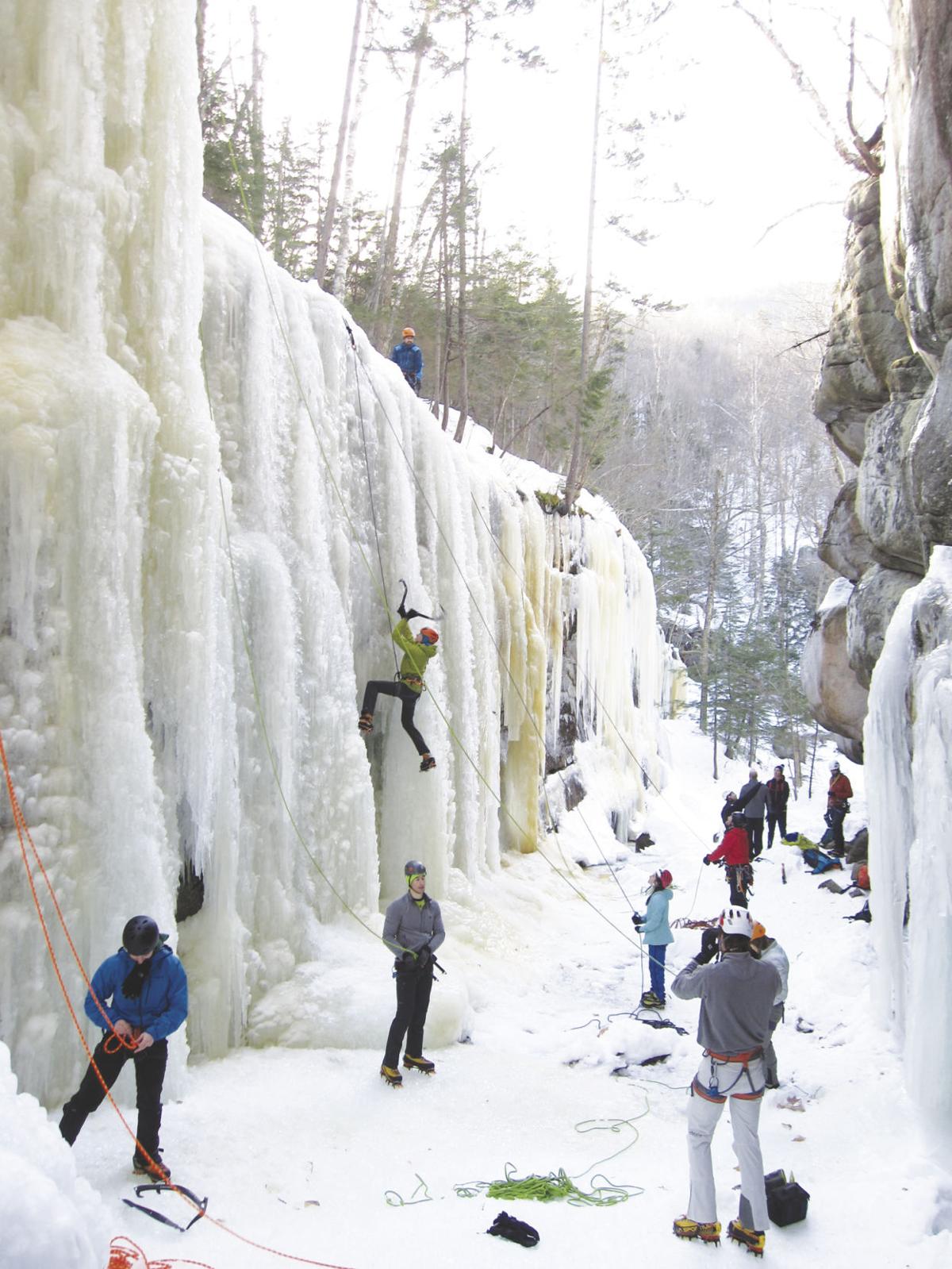 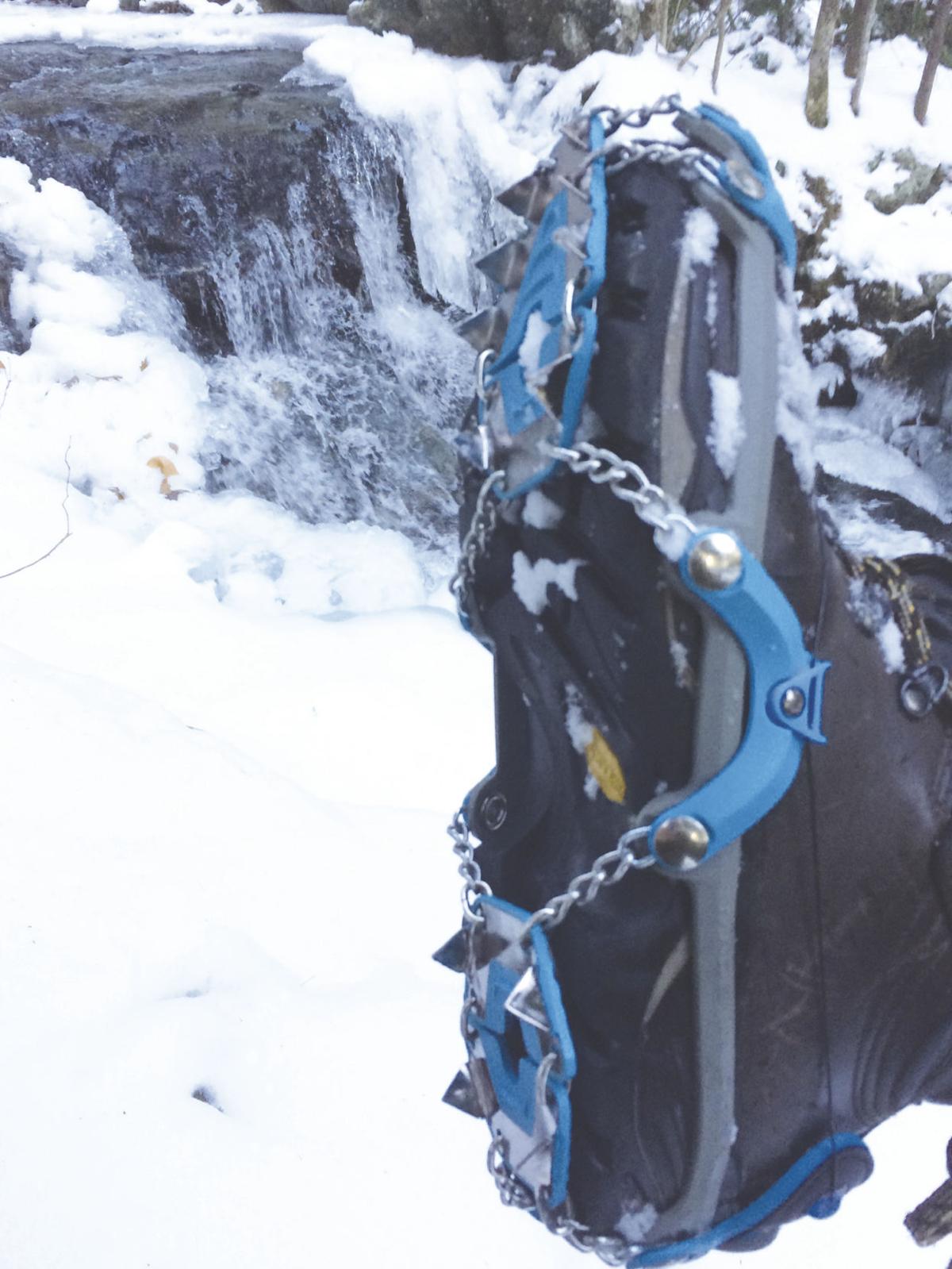 This winter, foot traction will be important for hikers. Dependability on the trail is vital. Take a little time to choose the brand you get. Here is one of many suggestions.

I have recently written about the great traction devices for hiking made by Stabil of Biddeford, Maine, the only traction company which manufactures their product in the United States. Check them out online at stabil.implus.com.

Last spring, the company was sold to Implus, a provider of outdoor equipment based in Durham, N.C.

Another traction device owned and sold by Implus is Yaktrax. There are six versions of Yaktrax, designed for different conditions. These are the Walk, Run, Pro, Diamond, Summit and Ski, as seen on the website yaktrax.implus.com.

This fall, John Milburn, previously of Stabil and now a vice president of key accounts for Implus and still working in the Stabil office in Biddeford, Maine, sent me some products to check out in the mountains.

One was the Yaktrax Summit. He was kind enough to send me two sized pairs for both my partner and myself. We have had fun with them.

Unlike the traditional Yaktrax Walk which have horizontal springs contacting the icy surface, the Summit has 12 3/8 inch spikes on four stainless steel plates under the foot. The spikes are longer than those on Microspikes. Eight of these are oriented towards the front of the foot, giving more of the front point grip, absent on Microspikes. This was noticeable on icy uphill grades on recent hikes we have done with them. However for safety, don’t mistake this for the grip of full crampons.

Components of the plastic uppers are made of thermoplastic elastomer, which is flexible in cold temperatures. These components are riveted to rugged steel chains, connected to the spiked plates beneath.

A curiously new feature is the tightening device made and patented by Boa. Boa is a separate company that has collaborated with many outdoor product lines to enable users to tighten their product to start, in mid-use, and to loosen it after use.

On the Yaktrax Summit, a non-breakable wire made of airplane grade steel (used in moving wing flaps, etc.) connects the toe, heel and side upper components. On the back of the heel is a round knob for tightening the wire when pushed in, and loosening the wire when pulled out. It makes taking off the Yaktrax very easy, and adding more confidence on the trail tightening them.

Sounds overall like a complex piece of engineering but after a few moments of familiarization putting them on your boots, these are simple traction devices.

The recent hikes I have done with them are easy to moderate. Two are worth mentioning.

Two weeks ago on Saturday morning, I went alone up the Champney Falls Trail for 1.6 miles to Champney and Pitcher Falls. The hanging ice at Pitcher Falls was spectacular. At least 30 weekend ice climbers were top-roping there.

To get there, I drove out the Kancamagus Highway from Conway for 10.5 miles to the trail parking on the left. The trail was icy in places and the substantial spikes on my traction were useful. In 1.4 miles, I turned left on the 0.2-mile spur to the falls. Champney Brook, down the slope to my left, was ice and snow choked.

Reaching Chamney Falls, I turned left off the trail and walked below the falls out to the canyon of Pitcher Falls. I had suddenly gone from a quiet walk to a climber’s scene.

I talked to an older climber who was belaying a friend up the colorful ice, often stained yellow from soil. All the other climbers seemed college age or a little older.

After lingering, I returned to the trail and climbed upward next to some spectacular boulders and ice on Champney Brook. The loop trail then bore right out to the main trail, where I descended.

This past Saturday, my partner and I had a treat. Before the most recent snow, we took a long walk across Lake Wentworth in Wolfeboro on black ice. We parked next to the northeast shore on Route 109, put on our Yaktrax seated in our car, and headed out on the ice.

It was a beautiful late afternoon. On the distant southeastern part the lake, five ice boats with tall sails sped along. We crossed to a tiny island and started back across next to a pressure ridge, making sure not to cross it on thin ice.

As we completed a wide loop, the five ice boats had returned and were taking out where we had parked. It was interesting talking to them and checking out their craft.

It looked like fun, but as they went through a long heavy procedure to break down and carry the components up to their cars, we just took off our traction by pulling out the Boa button on the back of our Yaktrax, stepping out of them, climbing up the bank and driving away.

Snow was in the forecast for the next day, and the black ice would be gone. Now with the rain, we hope to get out on the lakes again after it gets cold.

To purchase Yaktrax Summit, go to the website at yaktrax.implus.com.