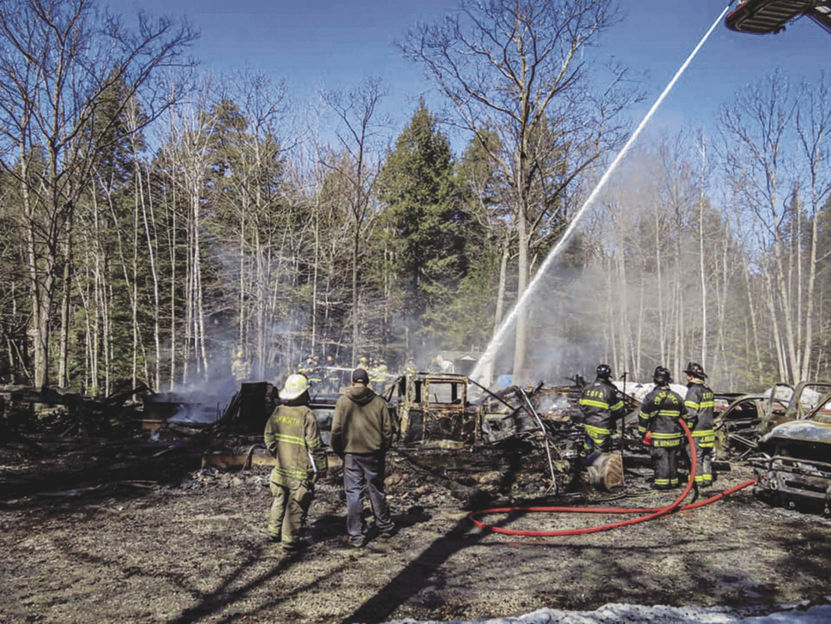 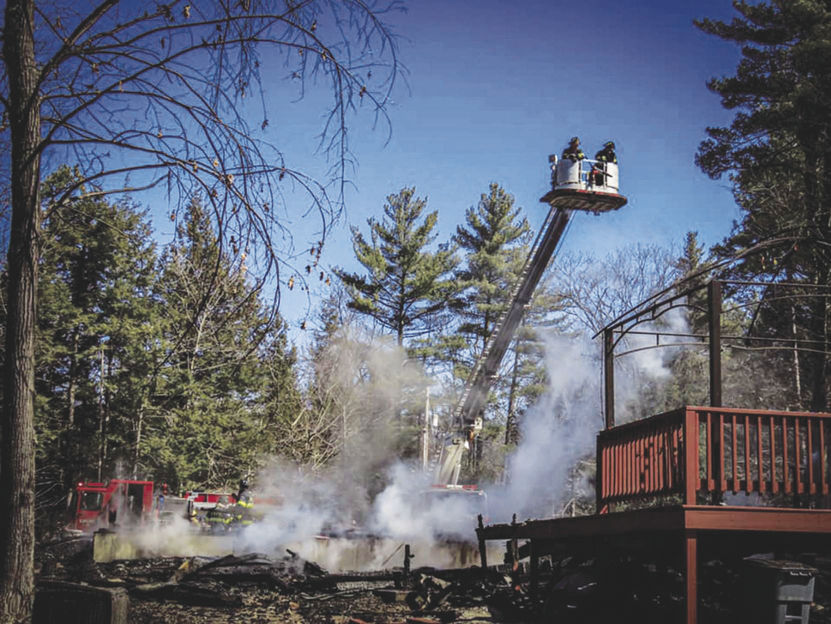 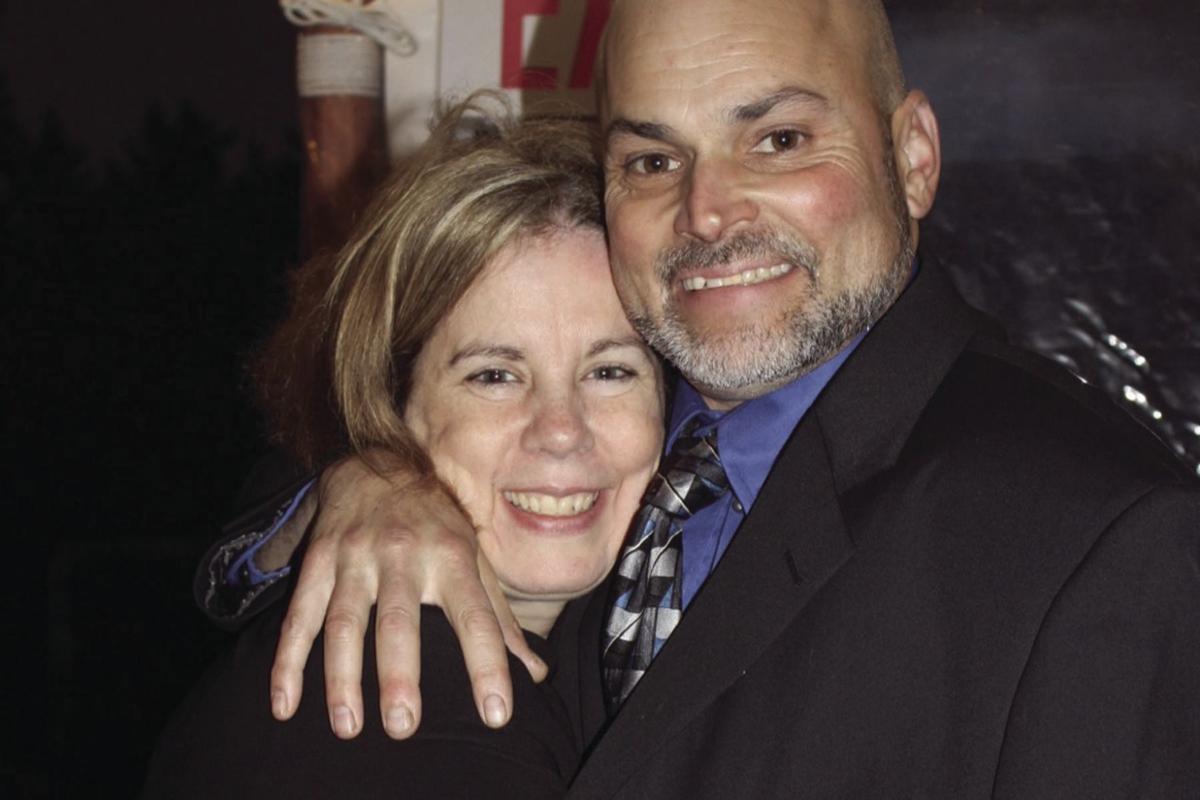 The Tamworth home of Theresa and Andrew Bartolini burned down on Saturday, March 21. A Go Fund Me account has been set up for them. (COURTESY PHOTO)

The Tamworth home of Theresa and Andrew Bartolini burned down on Saturday, March 21. A Go Fund Me account has been set up for them. (COURTESY PHOTO)

TAMWORTH — No one was injured when a fire destroyed a home at 228 Tall Pines Road last Saturday morning. The family is humbled by all the compassion they received since then.

A GoFundMe account was established to help the homeowners, Theresa and Andrew Bartolini.

“They barely made it out of the house. Fortunately, everyone is fine,” said Devaney. “Unfortunately, everything they owned is gone, including their vehicles and one of their pets.

“We are asking for any donation that you can make in this already scary time we are living in. Thank you in advance for anything you can do.”

The fire wasn’t considered suspicious, with fire officials saying it probably started in the garage. The cause is unknown but may have been battery chargers.

In addition to the house, three vehicles also were destroyed.

Two fire trucks, one from Tamworth and one from West Ossipee, sustained relatively minor damage from the heat, with the windshield cracking on the West Ossipee truck and the Tamworth truck sustaining damage to its paint and a badge.

“It went quick and hot,” said Colcord of the fire, adding that it’s not unheard of for fire trucks to be damaged while responding to fires.

Colcord said the house was only about 10 years old, comprising a story and a half, a basement and attached garage. He said one of the occupants saw smoke and alerted his wife. He went down to the garage. When he opened the door between the kitchen and garage, the heat “blew him back.”

At the time of the fire there was a “pretty good wind” of seven to 15 mph. “It just fed the fire and blew it across the house,” said Colcord of the wind.

Colcord said the man told his wife and daughter (Tori Kennett, 22,) to get out of the house.

A neighbor set the family up with food and shelter. Red Cross has also been activated to help.

“Everybody has been coming together for them,” said Colcord of the community response. He said that neighbors he didn’t even know provided his family with clothes, food, a place to stay, money and even vehicles.

“I just want to thank everyone everyone that helped us out so much so far,” Andrew Bartolini told the Sun over Facebook messenger.

In fact their neighbor Anthony Rifino offered the family a place to stay and coordinated the relief effort. Then a complete stranger, Steven Long, of South Boston, who over heard a conversation about the fire in the North Conway Walmart checkout line paid the Bartolinis’ bill of over $600.

Petsmart also donated a significant amount of pet materials because Kennett used to work there.

The family had several pets: a dog, two cats, a snake and a parakeet, said Colcord. Theresa Bartolini said all but the two cats didn’t make it.

Andrew Bartolini said he tried “his hardest” but couldn’t get to one of the cats before the bathroom floor upstairs began to give way.

He said the dog was scared by the explosions and ran off. However, a passing driver found the dog and brought him back.

Theresa Bartolini said she was overcome by the generosity given the coronavirus outbreak. “I’m speechless,” she said. “I don’t know how to thank everybody.”

To donate to the GoFundMe page, go to tinyurl.com/tallpinesfire.