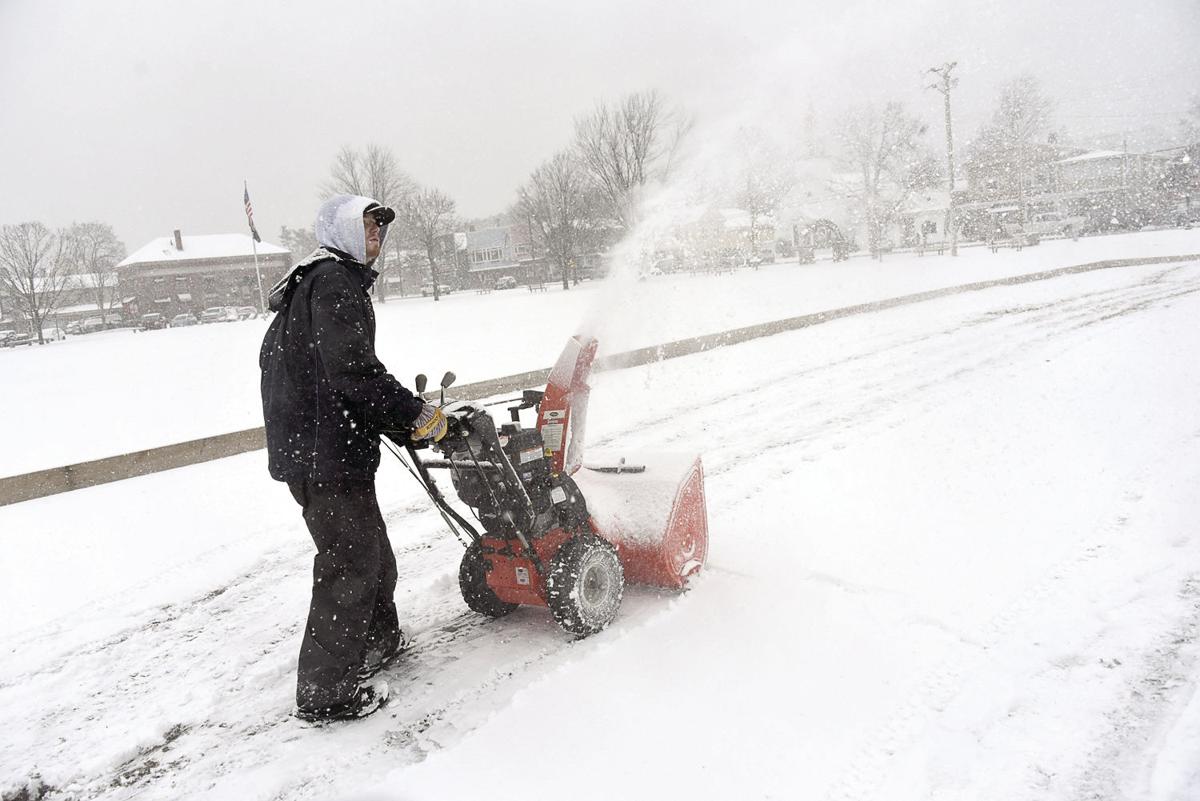 Conway Parks and Recreation’s Robby Moody clears  snow from the skating rink in Schouler Park in North Conway on Tuesday. Moody said he looks forward to the temperature drop soon so they can start to spray water to make ice and people can start skating. (JAMIE GEMMITI PHOTO) 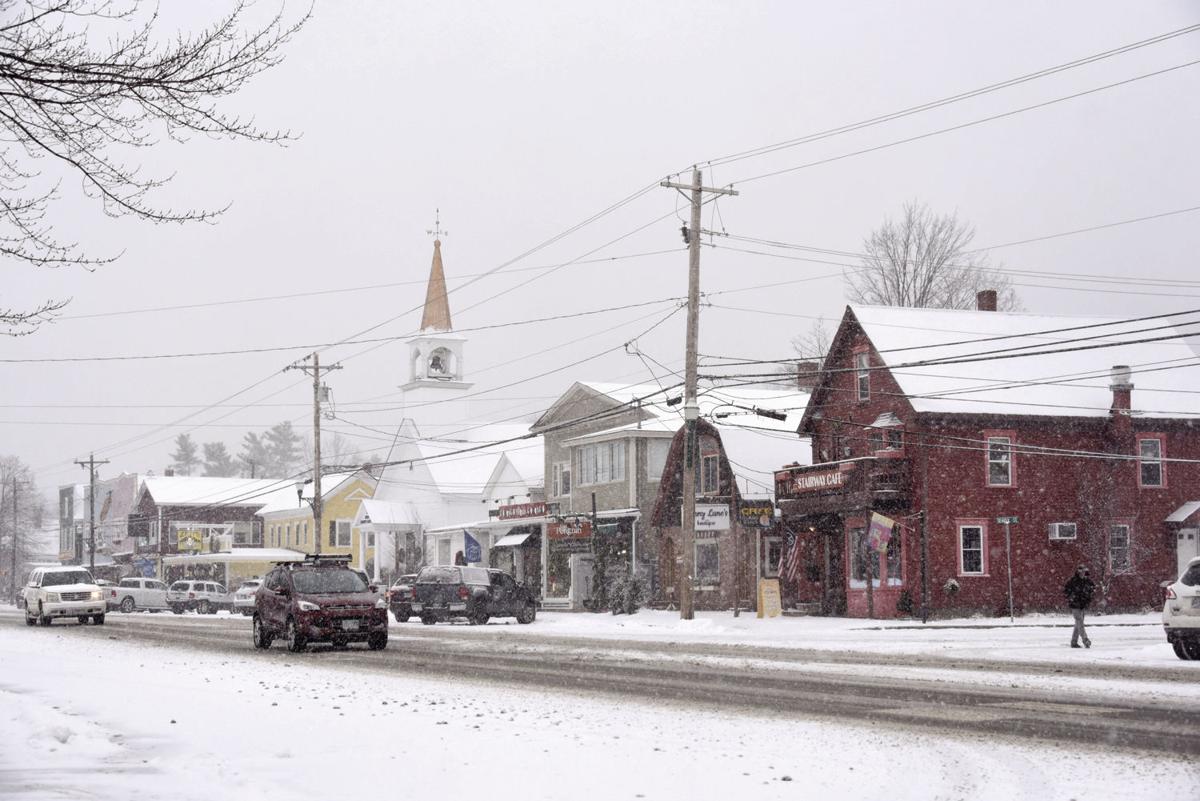 Conway Parks and Recreation’s Robby Moody clears  snow from the skating rink in Schouler Park in North Conway on Tuesday. Moody said he looks forward to the temperature drop soon so they can start to spray water to make ice and people can start skating. (JAMIE GEMMITI PHOTO)

CONWAY — Winter Storm Ezekiel was like the guest that wouldn’t leave. The storm, which brought snow to 30 states and took six days to cross the country, hit the southern half of New Hampshire hard Sunday afternoon through midday Tuesday, with some towns digging out from more than 2 feet of the white stuff.

By comparison, the North Country was only grazed by Ezekiel.

Conway received roughly 3.3 inches of snow over two days, and the top of the state got just a dusting.

As of Monday, according to the National Weather Service, snow covered over 46 percent of the lower 48 states, the most for Dec. 2 since the weather service started keeping snow cover records in 2003.

If you like snow, New Ipswich in Hillsborough County hit the powder jackpot. With flakes still flying at 10 a.m., WMUR-Channel 9 reported New Ipswich received 36 inches of snow from this storm.

Local National Weather Service Observer Ed Bergeron recorded only 9/10ths of an inch of snow in North Conway on Monday morning, plus half an inch at 7 a.m. on Tuesday and 1.9 inches at 1:45 p.m., totaling 3.3 inches.

“I thought we would have gotten a little bit more than that,” Bergeron said. “I was skiing at Bretton Woods all morning — it was fantastic. They got about 5 inches (from Ezekiel).”

So far this ski season, North Conway has received 8 inches of snow.

In November, Bergeron recorded 4.7 inches for the month, just off the 30-year average of 4.9 inches.

While there were more than 300 closings and delays across the state, school went on as scheduled in SAU 9, SAU 13 and MSAD 72 in Maine.

“It looks like we dodged a little bit of snow,” SAU 9 Superintendent Kevin Richard said as school buses rolled with no problem after the Thanksgiving recess.

The National Weather Service in Gray, Maine, called Ezekiel “a complex winter storm” because it brought “a prolonged period of snowfall beginning late Sunday night and lasting into Tuesday.

"Within (that) period (officials) expected two primary periods of heavier snowfall. The first affected southern New Hampshire Sunday night. The second (was) less certain, but (could) impact the coastal plain of Maine Monday night into Tuesday.”

In all, the storm dumped at least a foot of snow across 25 states, according to the National Weather Service.

In Maine, York and Ogunquit each revived 12.4 inches of snow by 1 p.m. Tuesday, while Gorham and Portland, both in Cumberland, County, for 7.5 and 6 inches, respectively.

Alpine areas will tell you every inch counts. Wildcat, at the top of Pinkham Notch, picked up 3 inches Monday into Tuesday, bringing its season total to 34 inches.

Cranmore Mountain Resort in North Conway received 3.3 inches from Ezekiel, helping to give the mountain a base depth of 10-13 inches.

The few inches from Mother Nature were also a welcome sight at Black Mountain Ski Area in Jackson. The ski area, according to its ski report, plans to open for its 85th season this Saturday, Dec. 7.

Bretton Woods, located above Crawford Notch, received 6 inches of snow over 48 hours giving the resort 35 inches for the young season.

Quiet weather is on the immediate horizon for the area, according to Weather Underground.

However, while Saturday will be sunny, temperatures will dip with a daytime high of only 26 degrees. On Sunday, the mercury is forecast to rebound to a high of 36 degrees.

Showers are forecast for Monday and Tuesday with temperatures of 44 and 47 degrees, respectively.

The next shot at snowfall is Dec. 11, with 1.5 inches of snow showers predicted by Weather Underground.