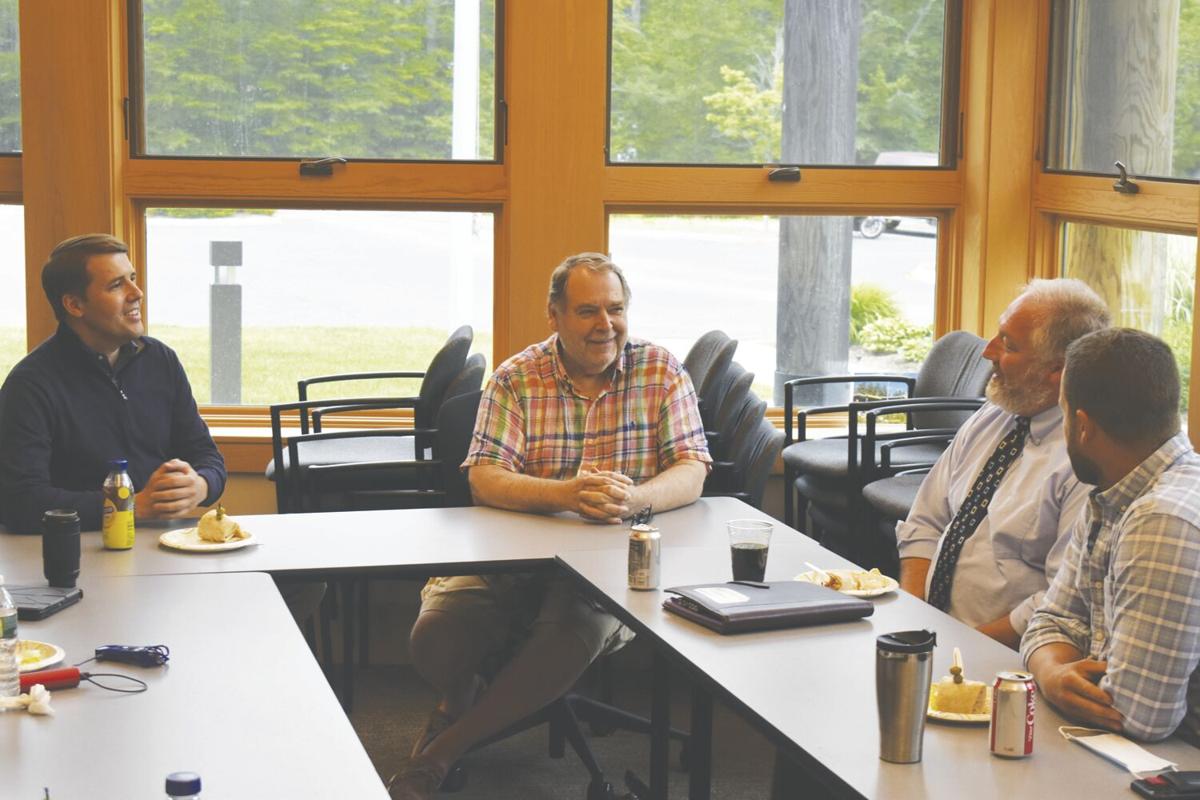 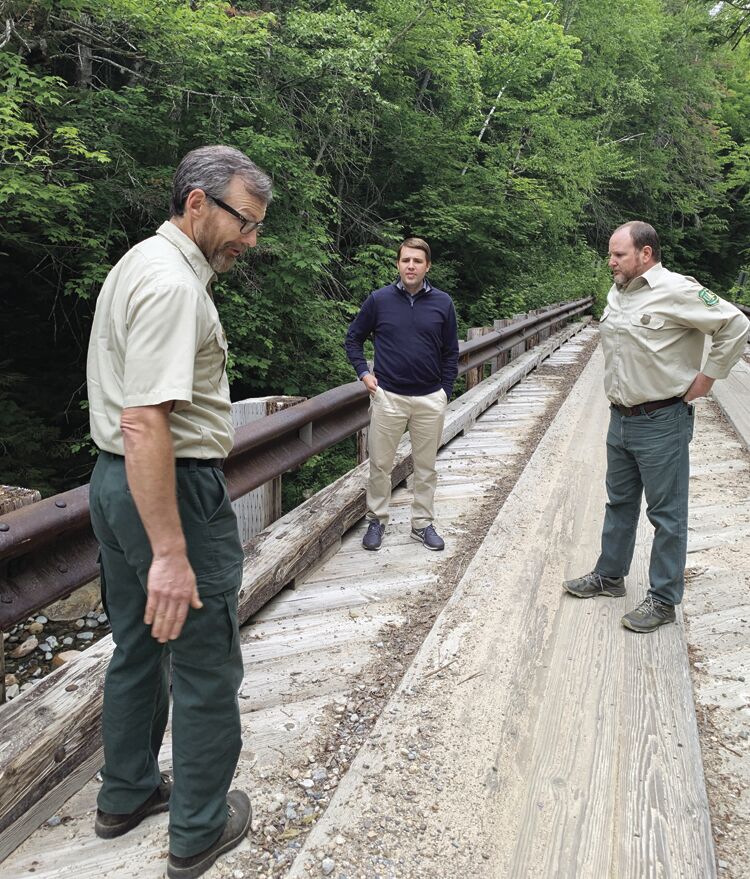 CONWAY — Local business owners are facing a variety of challenges, from unvaccinated workers, to federal aid red tape, to supply chain shortages, and U.S. Rep. Chris Pappas (D-Manchester) heard all about it during a stop in the Mount Washington Valley last Friday.

During brief opening remarks Pappas said COVID-19 was a crisis that obviously no one expected and over the last 15 months he's heard about a local worker shortage and is  trying to get the Biden administration to step up visa programs to alleviate that.

"Clearly, we don't have enough people here to take the jobs that we have open, never mind to be able to allow you to grow and to plan for the future," said Pappas. "We know that there are significant economic challenges of lots of headwinds that our businesses face."

Cuddy said through the Rural Microentrepreneur Assistance Program the council was able to loan over $800,000 to local businesses, $587,000 at a 2.25 percent interest. The money went directly to help sustain businesses through COVID-19.

"It was it was a scary time because people were told to stay home, businesses in many areas were told that they could not operate at full capacity if they could operate at all," said Pappas. "And your bills are still coming in and your costs were still there."

O'Brien said she just wants to keep her restaurant open. She had to close again recently because of an unvaccinated cook who tested positive, so two cooks who weren't fully vaccinated had to go into quarantine. She also has three employees who don't want to get vaccinated.

"I understand, right to privacy and all that," said O'Brien. "But this is really tying our hands ... This is a disease that closed the country down. And it closed my business down again last week. And I can't afford to keep doing it."

Pappas said while O'Brien is at the mercy of those around her who choose not to get vaccinate, once herd immunity is reached, that situation won't be such a problem. He said about 60 percent of residents have had at least one shot.

"I don't know ethically and legally what else is available," said Pappas. "But I just think we can't walk away from the public health campaign and just the persuasion that we need to do to get those last few people to do it."

Some states, he said, have had success with vaccine lotteries.

One significant concern panelists voiced is that the government is trying to "claw back" some of the Main Street funding that was distributed last year.

"I was like, squeeze blood out of a stone," said Nicoll. "Go ahead and try. I don't know how that's gonna work."

Cuddy said the problem is "really bad," and due to a "stupid formula" that was based on business revenues rather than expenses.

Pappas promised to look into the that problem.

Nicoll said the issue Ambix is facing is supply chain issues that forced them to buy materials from places like China.

"Like, we we buy a lot of plastic resin that comes out of Texas refineries and other distributors all throughout the country," said Nicoll. "And the combination of all the COVID impacts ... weather that hit Texas back when everything froze. I mean, we usually have like a three- or four-week lead time on materials. And now they're like, 'Well, maybe next year.'"

"Infrastructure like internet service and child care are probably more of an impact on their ability to come to work, and stay at work, than roads and bridges," said Nicoll.

Does anyone honestly believe that the very Federal Gov't that caused or created these problems will now be able to fix them?

And they have the nerve to suggest increasing the visa program as a solution?

How about stopping all of the "assistance" and letting the Laws of Economics fix the problems naturally?

If people stop getting free money, just maybe they will return to work.

And maybe stop the lunatic quarantine "guidelines" and use common sense testing measures instead.