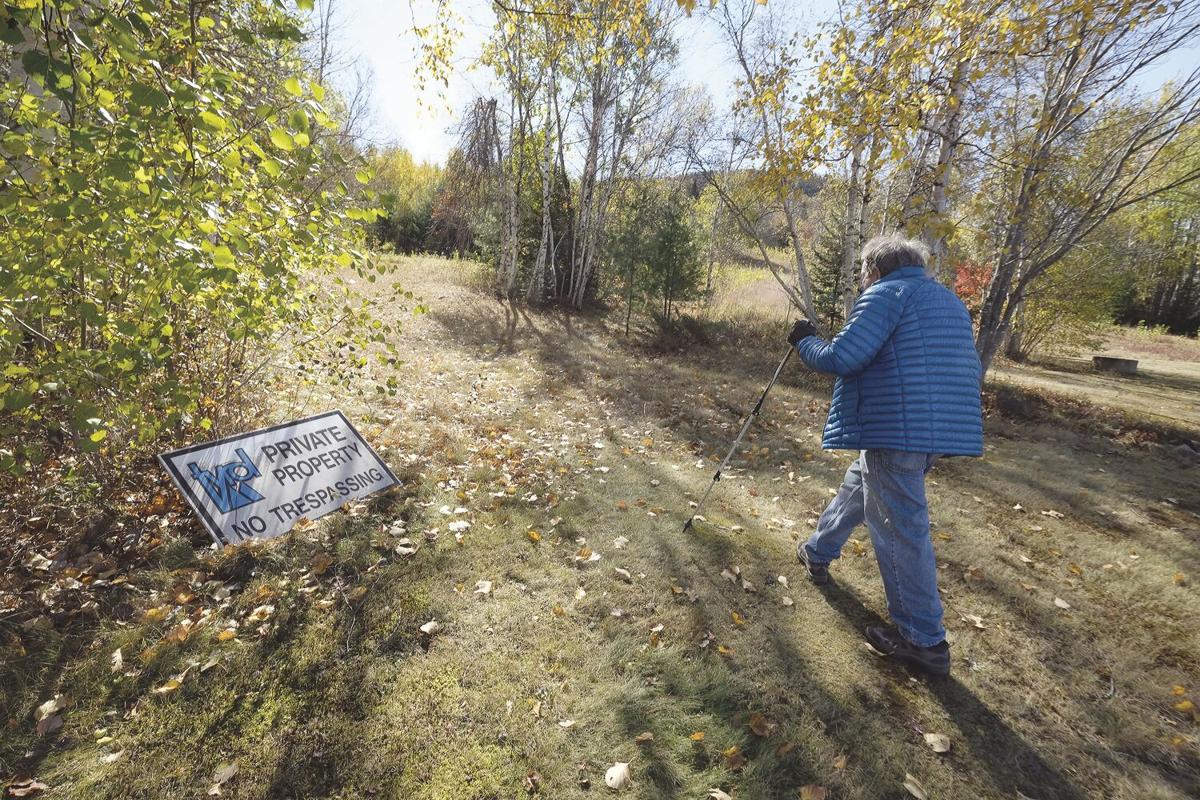 Jim Progin starts a hike up Tyrol Mountain in Jackson on Wednesday. The mountain has been closed off to public use due to litter and unauthorized campfires and erosion of the trails. (JAMIE GEMMITI PHOTO) 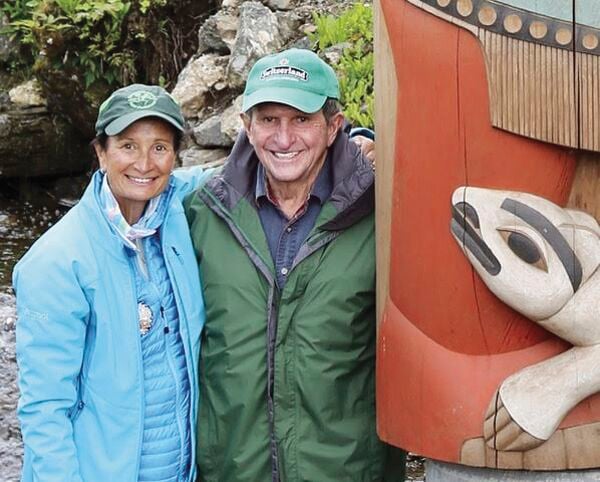 Judy Holmes and Jim Progin bought the defunct Tyrol Ski Area in a foreclosure sale in 1988. For years, they let people use it to ski and hike, but the abuse has gotten too great. (COURTESY PHOTO

Jim Progin starts a hike up Tyrol Mountain in Jackson on Wednesday. The mountain has been closed off to public use due to litter and unauthorized campfires and erosion of the trails. (JAMIE GEMMITI PHOTO)

Judy Holmes and Jim Progin bought the defunct Tyrol Ski Area in a foreclosure sale in 1988. For years, they let people use it to ski and hike, but the abuse has gotten too great. (COURTESY PHOTO

JACKSON — Frustrated by what they call a lack of respect for private property and a disregard for the natural beauty of the mountain, husband-and-wife property owners Judy Holmes and Jim Progin say they have closed the defunct former Tyrol Ski Area to outside use.

They emphasize it is no longer available to neighbors, abutters or those who previously received permission to hike, ski or berry pick. They have never allowed hunting.

They have owned the property since 1988 but have seen vandalism and misuse of the privately owned resource grow in the past five years, leading them to take action of putting up signage.

“Over the past 32 years, we more or less let anybody and everybody use our 200-plus acres for hiking, skiing, snowboarding and berry picking. We didn’t post it. But in the past five years, it has been building into a crescendo of overuse and abuse,” Holmes told the Sun.

“Abutters above us have built their own trails onto our property, they let their short-term renters, friends and relatives come and use it, and the effects are these: toilet paper, beer bottles and all manner of other trash strewn on the path and in the woods; fire pits at the top, which are of great concern to us if people are building fires high on the mountain, especially with it being so dry. ... And there’s graffiti covering the one remaining chairlift building at the top,” she said earlier this week.

Disappointed and fed up with the abuse, the couple contacted the newspaper to say they have erected signs alerting people to the closure.

The signs say: “Stop! No public access to Tyrol/Thorn Mountain. Trash and vandalism forced us to close access to all vehicles, persons and their dogs until further notice. Thank you for helping us to protect this natural resource by giving it a break.”

Holmes said she also plans to place advertisements in the Sun, alerting all to the closure.

Progin said: “We would like people to know we are doing this not only for the mountain but for our numerous neighbors, who have had to tolerate the illegal parking in their drives and on the main road, the noise and the crowds whom they did not invite.

“We hope residents will leave this article and the notices we will put in the paper in their homes to notify anyone who visits or rents,” he added.

According to the New England Lost Ski Areas Project’s website, Tyrol operated from 1963-81.

Holmes and Progin bought the former ski area from the state at foreclosure after it had been seized from convicted drug dealer Walter Preble. They wanted to save it from development as Progin’s children were brought up skiing there.

Holmes said she never skied Tyrol, as her family had a cabin on Hurricane Mountain Road, and skied Cranmore Mountain weekends from age 5.

The couple uses the old base lodge as their living quarters. There is one driveway into the former ski area that they share with a neighbor who lives in the renovated lounge. They also use the former maintenance garage. The small ski school director’s chalet is now used as a guest house by the couple.

“People pull into our driveway to park even though there is a large, red banner telling them there is no public access to Tyrol/Thorn Mountain,” Holmes said. “Many just ignore it. Maybe your article will cure that.

“If we can eliminate the traffic and maintain control of our land, maybe in the future we can go back to a semblance of how it used to be and allow people to use it again. For now, we’re stepping back.”

She said a neighbor several years ago cut a path for a ski run and they addressed that issue with him and he corrected it. There are several other abutter-made access trails they did not authorize. They would like them not used going forward.

Only the fire/police trail maintainers from Carroll County and the town of Jackson are allowed to access the property to service a communications tower the couple allowed many years ago.

Progin and Holmes said a handful of carefully screened “caretakers” will look after the property along with the owners.

A few years ago, a man came and asked Holmes for permission to scatter his father’s ashes on the property, which Holmes said she agreed to — but then she found out shortly after that he had also carved his father’s name into the wood of the old lift shack at the top.

Those were isolated incidents, but they do show a lack of respect for private property and now, Holmes and Progin say, things have gotten worse.

“I worry about inevitable further destruction, with more people coming to the valley (during the pandemic) who don’t have a history here, whose families haven’t adored and enjoyed this valley for nearly their lifetimes,” Holmes said.

“Our neighborhood ‘on the hill’ has undergone a huge transformation since short-term rentals became popular, and people are driving to their vacation spots, not flying. Their mindset is not ours, preserving the natural beauty for the next generation. They are here and gone in days, not decades,” lamented Holmes.

She said she also feels the many Trails Apps available describe hikes on private lands that should require permission.

As an avid hiker, it saddens me and others that trash left, vandalism, and blatant disrespect by reckless trail users has led to the inevitable. As a life-long New Englander, it saddens me even more that this generous couple, who opened their property to be enjoyed by others, was subjected to such disrespectful abuse.