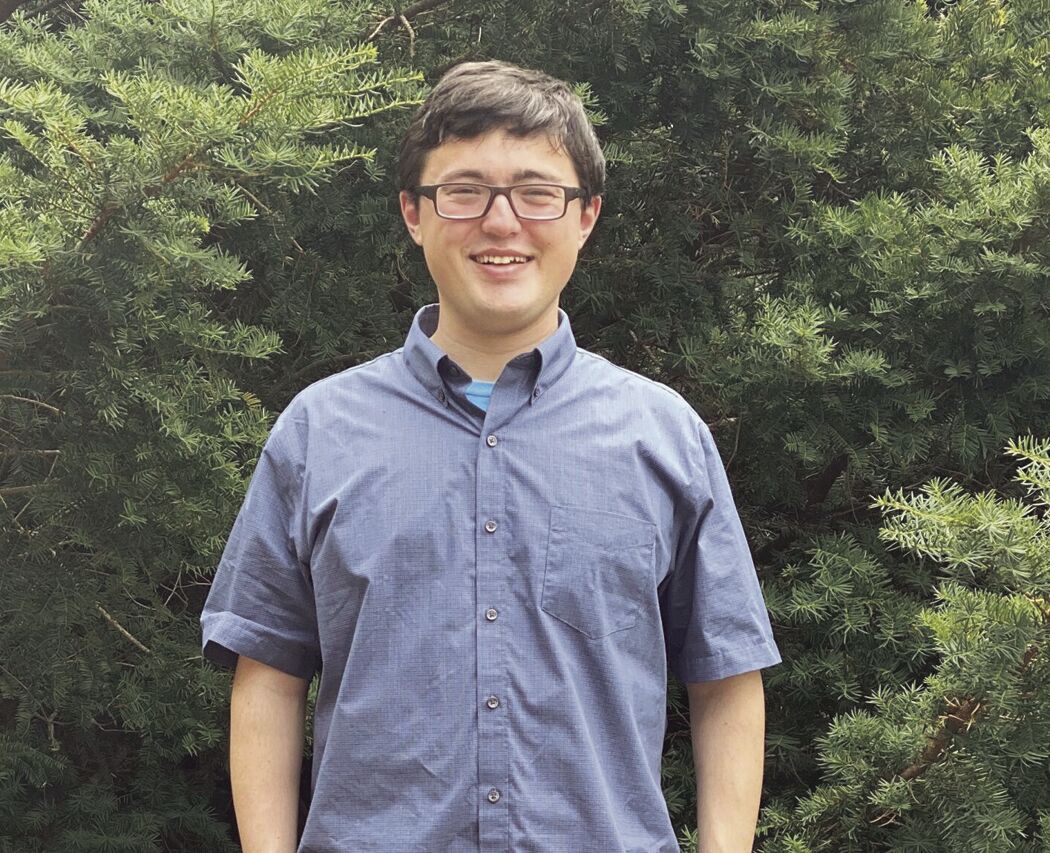 Zac Mercauto, 23, a 2017 graduate of Fryeburg Academy, won a seat as an alternate on the MSAD 72 school board with eight write-in votes. (COURTESY PHOTO) 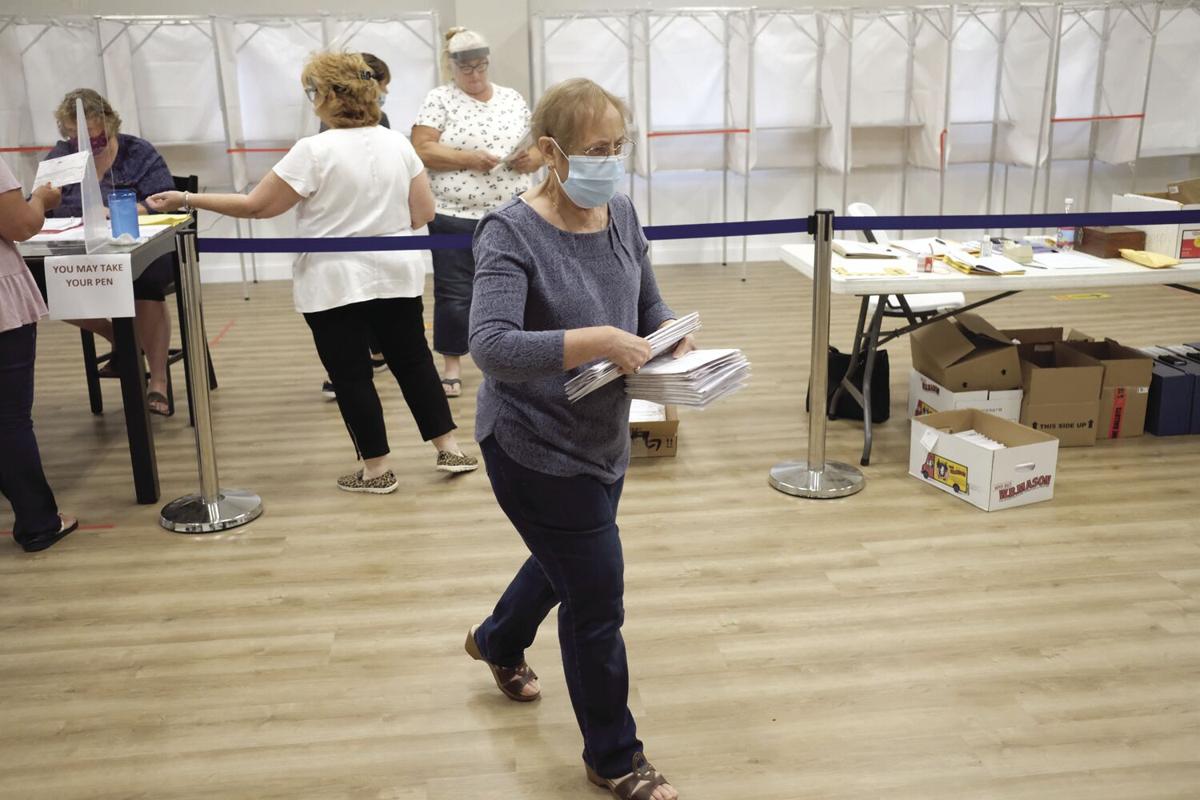 Fryeburg town clerk Theresa Shaw organizes some of the 423 absentee ballots during voting at the David & Doris Hastings Community Center at the Field of Dreams in Fryeburg Tuesday. The town saw a big jump from 320 in the November election. (JAMIE GEMMITI PHOTO)

Zac Mercauto, 23, a 2017 graduate of Fryeburg Academy, won a seat as an alternate on the MSAD 72 school board with eight write-in votes. (COURTESY PHOTO)

Fryeburg town clerk Theresa Shaw organizes some of the 423 absentee ballots during voting at the David & Doris Hastings Community Center at the Field of Dreams in Fryeburg Tuesday. The town saw a big jump from 320 in the November election. (JAMIE GEMMITI PHOTO)

FRYEBURG, Maine — A 23-year-old 2017 graduate of Fryeburg Academy has won a seat on the MSAD 72 school board. Voters also returned incumbent selectmen and water district trustees to their boards.

Due to COVID-19, open Fryeburg town meeting, which was scheduled for July 16, was canceled. Instead, all-ballot voting was held Tuesday from 8 a.m.-8 p.m. at the David & Doris Hastings Community Center at 59 Recreation Drive, a new location for voting this year.

Town Clerk Theresa Shaw told the Sun that municipal warrant article results were still pending and likely would be available by today.

At the June 25 selectmen’s meeting, Selectman Kimberly Clark noted that no one was running for school board in Fryeburg this year. Fryeburg belongs to MSAD 72.

According to msad72.org, Fryeburg has two members whose terms are expiring — Kim DeVries and Marie Struven — and one vacant alternate position.

Twenty-three-year old Zac Mercauto told the Sun he ran a write-in campaign for the alternate seat. According to results released Tuesday afternoon, Mercauto won the seat with eight write-in votes.

He is now in his senior year as a Mountain Resort Management student at Northern Vermont University-Lyndon. He said this will be a way for him to learn about local politics.

“I will serve the people of Fryeburg by being a voice for the children, the future of our town, region, and country,” said Mercauto.

“As I recently graduated from the Academy in May 2017, I think this will serve me well since I know the district a bit already.”

Readers may remember Mercauto as the teenage vice chairman of Carroll County’s Trump campaign during the 2016 election. He told the Sun that he will again be backing Trump and the Republican ticket in November.

In terms of MSAD 72, he says his first major challenge will be helping figure out how to return kids to school safely in the COVID-19 pandemic.

Because of a fluke, Mercauto will also have to deal with passing the school district budget — something that should have been voted on along with everything else Tuesday.

Earlier this month, MSAD 72 Superintendent Jay Robinson announced there was an error in the July 14 budget referendum ballot question and that the ballot would have to be corrected. Voting for that will now occur Aug. 18.

“I am ready to hit the ground running on Aug. 4 at the Virtual Public Hearing on the FY21 District Budget at 7 p.m,” said Mercauto, of Fryeburg.

Despite not being on the ballot, DeVries won a two-year school board seat with just two votes.

DeVries’ two daughters will be seniors at Fryeburg Academy this fall. She said that the COVID-19 lockdown happened as candidates were to gather signatures for candidacy.

“I certainly intend to accept it,” said DeVries. “It’s important to have representatives on the school board.”

Nineteen people each received one vote for the other three-year position seat. Robinson said the town will determine how to resolve this.

Meanwhile, Clark and Selectman Richard Murray III both ran unopposed for re-election. Clark received 485 votes and Murray 424. In that election there was a total of 657 votes.

There were two open seats at the Fryeburg Water District, with Greg Huang-Dale and Steven Anthony up for re-election.

Huang-Dale said the trustees were to meet Wednesday night by Zoom and were likely to appoint Pierce to fill a vacancy left by Jay Ahern. That position will expire next year.

On the state ballot, Sara Gideon of Freeport, Speaker of the Maine House, won the Democratic primary race for U.S. Senate with over 70 percent of the vote to take on Sen. Susan Collins in the fall. In Fryeburg, Gideon received 225 votes, and fellow Dems Bre Kidman received 20 and Betsy Sweet received 72. Republican primary results for the District 2 congressional race were still pending.