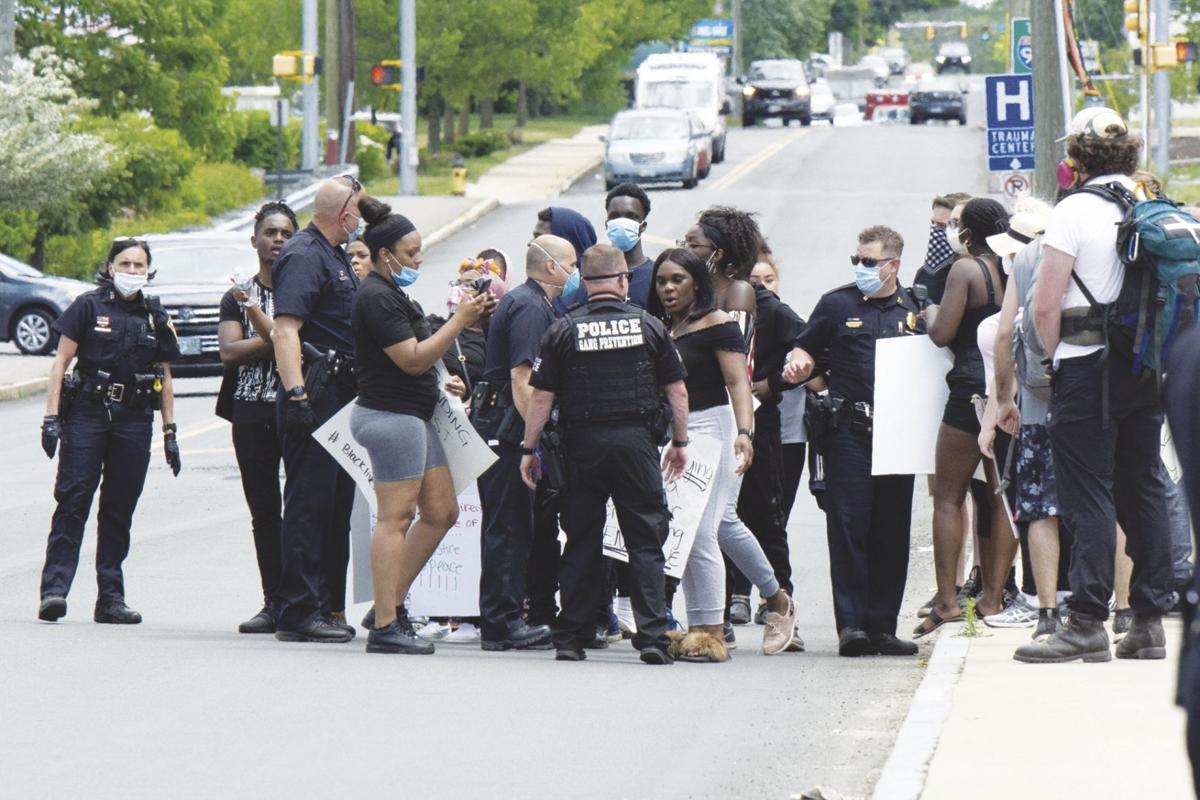 Police talk with a group following an incident involving a man with a gun who allegedly took aim at protesters, according to one bystander. (STACY HARRISON PHOTO) 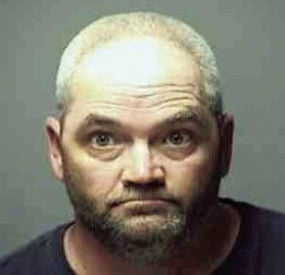 Scott Kimball, one of two men arrested for disrupting a peaceful protest in Manchester, is seen in his booking mugshot. (POLICE PHOTO) 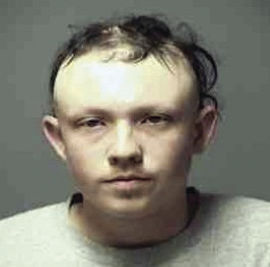 Mark Kimball, one of two men arrested for disrupting a peaceful protest in Manchester, is shown in his booking mugshot. (POLICE PHOTO)

Police talk with a group following an incident involving a man with a gun who allegedly took aim at protesters, according to one bystander. (STACY HARRISON PHOTO)

Scott Kimball, one of two men arrested for disrupting a peaceful protest in Manchester, is seen in his booking mugshot. (POLICE PHOTO)

Mark Kimball, one of two men arrested for disrupting a peaceful protest in Manchester, is shown in his booking mugshot. (POLICE PHOTO)

MANCHESTER — A peaceful sit-in by Black Lives Matters protesters outside the Manchester Police Department last Saturday was interrupted when a truck displaying a large Trump flag drove by at about 1:30 p.m.

A confrontation between the truck’s driver and the group ended with a gun threat and two arrests.

The driver, Scott Kimball, 43, and passenger, his son, Mark Kimball, 19, were arrested and charged with felony riot and felony criminal threatening, according to police.

As of 5 p.m., there was still “activity” outside the police station, said Lt. Shawn McCabe, and the building remained closed to visitors for the “safety of officers and employees.”

Police declined to say where the two men were from.

Stacy Harrison, a photographer on assignment for Manchester Ink Link, was at the scene when it unfolded. She said a small group of protesters gathered at the police station at 405 Valley St. after a larger Elm Street demonstration that drew an estimated 1,000 people.

The march itself was peaceful, and organizers even had two people offering participants free face masks in baskets at the end of ski poles.

Harrison said the protester, whom she described as a black man in his late teens or early 20s, started swearing. She turned to see what he was looking at and saw the truck. The driver and passenger were both white males.

Harrison said as the truck crawled by her and her 15-year-old daughter, the occupants began hurling insults at the young man. The young man responded with his own diatribe.

Then the young man went toward the truck and a heated exchange took place. “They were yelling the “N” word,” she said. “They were screaming at each other, and I heard the word “Trump” a few times.”

By then, other people headed toward the truck as well.

Someone threw something that was white – Harrison thought it might be a piece of paper, a bottle cap or a water bottle — which bounced off the driver’s window. Then she saw something black being waved around by someone in the truck and heard shouts of, “He’s got a gun. He’s got a gun.”

Officers immediately surrounded the truck. Initially, there were 20-25 officers, but more streamed out of the station. She estimated there were about 60 officers in the street by the time two men were taken into custody.

Melissa Bernardin, a longtime resident of Concord, was part of the group that moved from Elm Street to police headquarters.

She regarded the people in the truck as instigators.

“I saw the driver of the truck jump out with a gun, at which point I ran away to seek shelter behind a concrete lamp post, but I heard that the driver cocked and pointed the gun at the crowd. And then I heard that the passenger got out and drew his gun out of his holster but that he didn’t point it at anyone.”

She said she’s grateful the day’s events were mostly peaceful.

“I’m thankful the men who jumped out of the truck with guns didn’t kill anyone.”

In a news release, police agreed that the Black Lives Matter demonstration earlier in the day was peaceful and those in attendance were respectful of each other and police. No one was arrested.

After the march, 100 people gathered outside the station when about 1:30 p.m. the confrontation occurred

Police confirmed one of the truck’s occupants pulled out a gun and both were taken into custody. They were being booked Saturday afternoon.