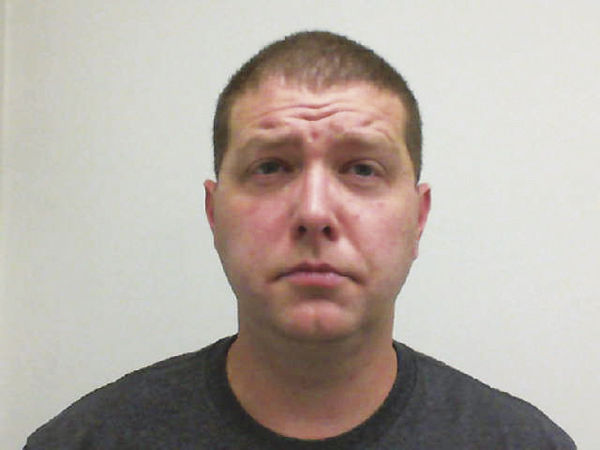 Andrew Airey, 40, of Conway is seen in his police mugshot. (POLICE PHOTO) 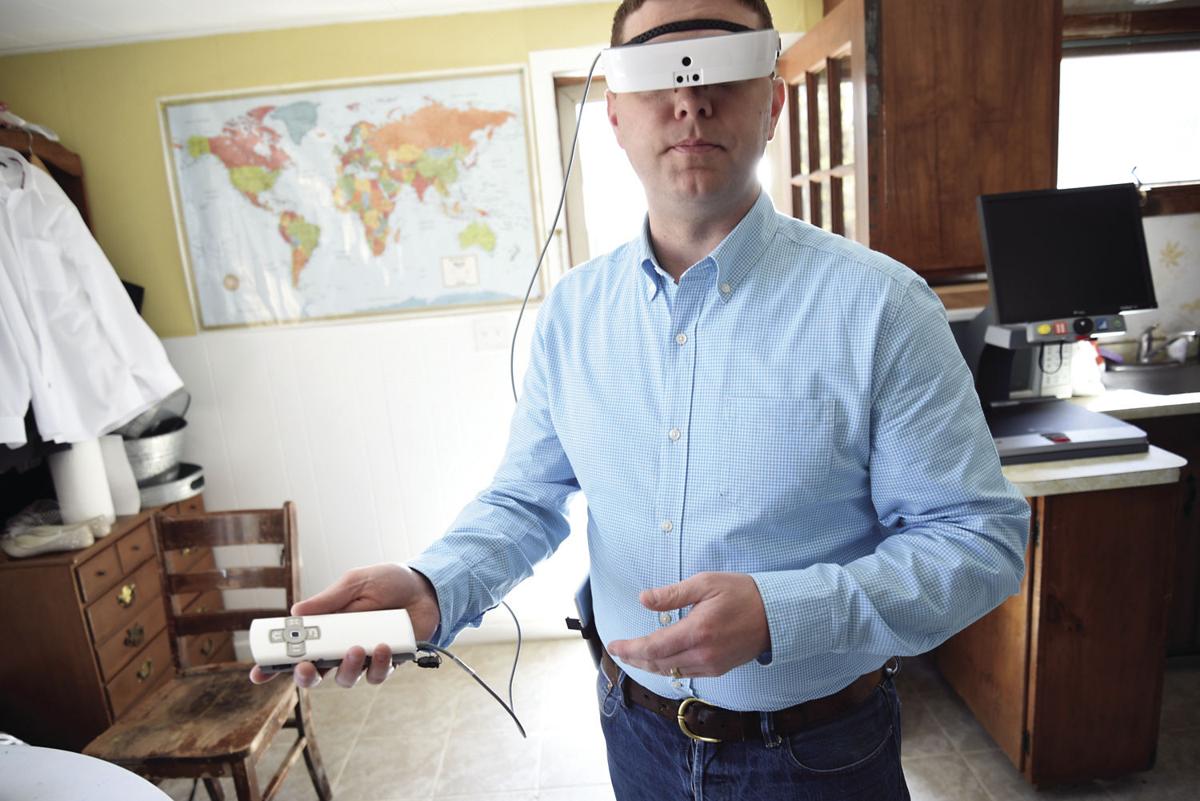 Andrew Airey is seen with his "smart glasses" in 2017. (MIRANDA PIEDRA PHOTO)

Andrew Airey, 40, of Conway is seen in his police mugshot. (POLICE PHOTO)

Andrew Airey is seen with his "smart glasses" in 2017. (MIRANDA PIEDRA PHOTO)

CONWAY — A visually impaired Conway man was recently convicted after trial by a circuit judge of stealing several items from the North Conway Walmart.

The “willful concealment” misdemeanor counts of which he was convicted occurred in the self-checkout area between June 2018 and July 2018.

Andrew Airey, 40, had contested the charges since last year, saying he thought he was scanning the non-purchased items for which he was arrested outside the store on July 3, 2018.

In a written order dated Nov. 26, Judge Michael Garner convicted Airey of two counts of theft and acquitted him of three.

Catalfo said: “We were gratified that Mr. Airey was found not guilty on three of the five charges, including the original charge that started everything off. I have advised Mr. Airey of his right to appeal the two convictions to the Carroll County Superior Court for a jury trial, and he is considering his options.”

Airey suffers from Stargardt disease, also known as juvenile macular degeneration, which causes progressive damage to the macula, an area of the retina responsible for sharp, straight-ahead vision.

In May 2017, he was featured in a Conway Daily Sun story about him renewing his wedding vows at the Brown Church in Conway Village, at which he was able to see his wife and young daughters’ faces clearly, thanks to special $10,000 “smart glasses” created by eSight of Canada.

Airey transitioned to being a stay-at-home dad after a career that included him working for U.S. Cellular for a decade.

He said during the arrest, an officer removed the glasses that enable him to make out shapes, and they broke. He said he was detained at the store for an hour in a stifling room.

“It was scary not being able to see, being handcuffed and put into a police car,” he said.

Conway Police Lt. Chris Mattei said he was unaware of Airey’s complaint about the glasses.

In the order, Garner noted that Airey uses several sets of glasses to see and has a headset that can create “virtual reality” for him.

The judge wrote that Airey said he uses the self checkout kiosks with the assistance of store staff and/or his children. Although he said he can’t see the light that confirms when an item is scanned, he tries to listen for the “beep” a scanned item makes.

He said that in the past if he discovered items that were not properly scanned, he took them back to the store and corrected the payments.

The arrest occurred after Walmart Asset Protection worker Matthew Colella said he saw Airey place some plastic utensils in his cart without scanning them. At the time, Airey was shopping with one of his daughters.

“Mr. Colella continued to observe Mr. Airey and saw that he was scanning items quickly, sometimes too quickly for the scanner to register the items, and sometimes he would hold two items and run them across the scanner at the same time and the scanner would only register one item,” wrote Garner, noting that Colella saw Airey put packages of Goldfish and oyster crackers into a bag without scanning them.

Colella “intercepted” Airey and said after the contents of Airey’s bags were checked against the self-checkout receipt, 37 items with a total value of $147.94 were not paid for and Airey was arrested at that point, the judge said.

Walmart and police determined that Airey had left the store four times in May and June without paying for all the times he took. The dates were May 4, June 9, June 13 and June 28, 2018.

“The (police) investigator testified that on May 4, Mr. Airey removed 18 items without paying for them; on June 9, it was at least a package of toothbrushes; on June 13, it was four items; and on June 28, it was 11 items,” wrote Garner.

Garner said it was proven beyond a doubt that Airey took items without paying for them; however, the prosecution faced the burden of proving that the items were taken intentionally.

Sgt. Ryan Wallace, according to Garner, testified that the police decided to charge Airey on certain items that were not paid for.

According to Airey, his daughter was attempting to get his attention on June 13 when he was scanning the corned beef hash and didn’t realize that a second can wasn’t scanned.

As for the towel incident on June 28, Airey said he was buying multiple towels, and one didn’t scan for some reason.

But Garner said the second corned beef can was never near the scanning window and on the security video, his actions appeared “knowing and deliberate, and it was not an accident.”

As for the towels, Garner wrote that Airey carefully scanned one towel, which showed that he knew how to do it, but he didn’t “take reasonable measures” to scan three more towels, and that removed “any reasonable doubt about his intent to take them without paying for them.”

Reached Tuesday, Airey said the two items he was convicted of stealing were “honest mistakes.”

He said e typically shops at Walmart about 150 times per year and that he’s a notary public and has never run afoul of the law before.

“I’m not a criminal,” said Airey, who said the arrest and trial were “absolute hell” for his family.

“We are not people who steal,” said Airey, who stated he will not ever shop at Walmart again.