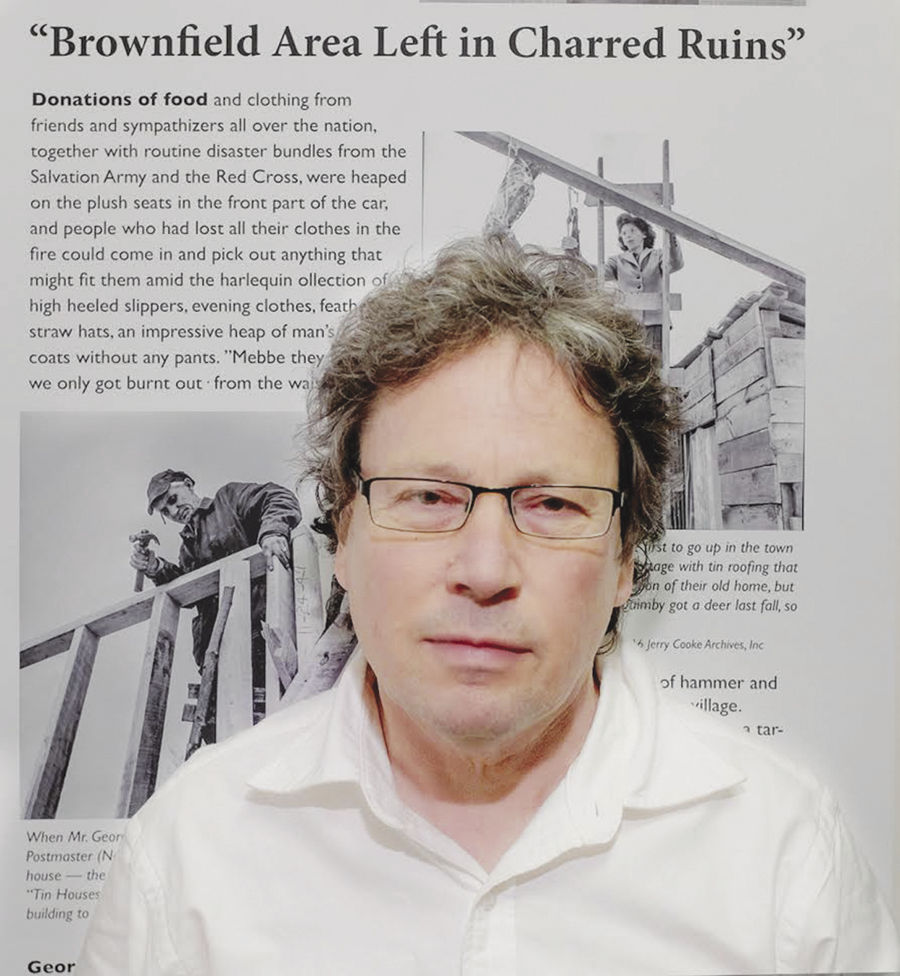 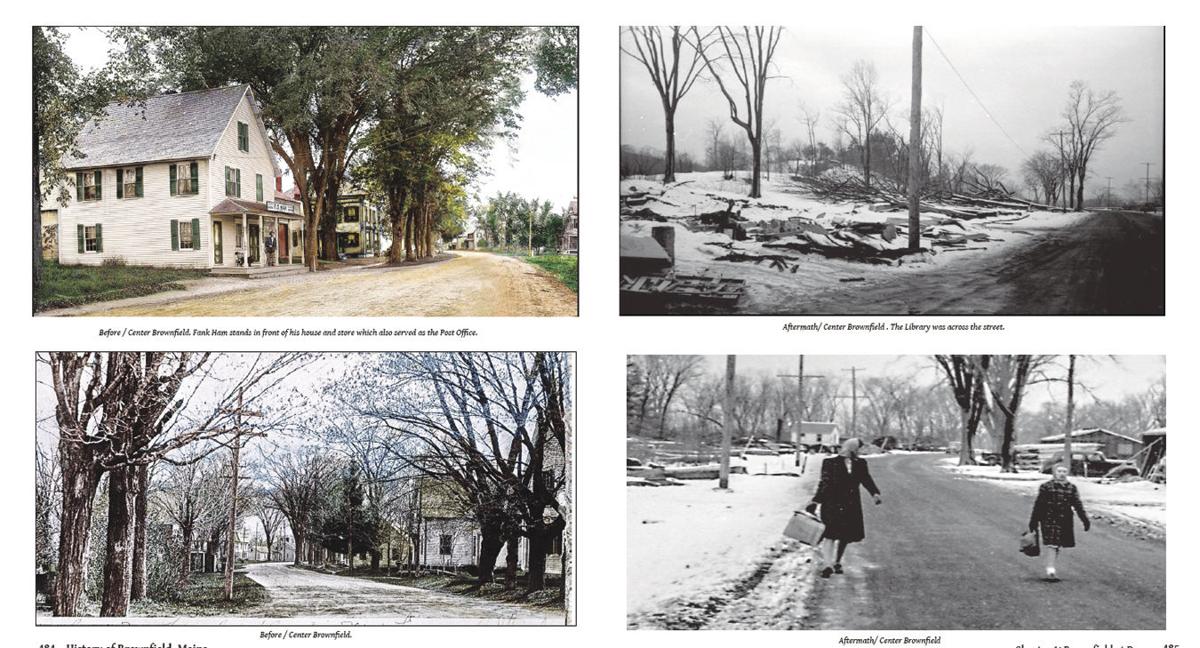 BROWNFIELD — As firefighters battle fires fueled by strong winds in northern California this week, it evokes comparisons to the fall of 1947 in Maine, when a swath of destruction 13 miles wide by 7 miles long burned in Brownfield, Maine, and 9,000 acres that accounted for 75 percent of the town’s taxable property were lost.

In 1947, the headlines read: "Brownfield and East Brownfield in Ruins as Raging Inferno Races On"; "Brownfield Although Stunned is Full of Optimism and Courage"; and "Rising Up from the Ashes Brownfield Builds Anew."

Brad Fuller, a Brownfield Historical Society member and co-owner of the Edge of Maine Art and Frame Shop of Brownfield, has been researching the fire for a book he has written. The working title is "The History of Brownfield."

Like the exhibit, Fuller's book will feature many photographs taken by turn-of-the-century photographer Granville Poore, as well as a few taken shortly after the fire by Jerry Cooke, who was on assignment for Collier's Magazine, working with writer Corey Ford of Freedom.

"Jerry was a world-renowned photographer, originally from Russia,'" said Fuller, noting Cooke shot several covers for Life Magazine between the late 1940s and 1960s. He also shot for Fortune, Time and Sports Illustrated.

Of Poore, Fuller said, "Thank goodness for Granville — were it not for his early 1900s photographs, we would have no idea of what the town looked like."

Fuller said the exhibit seeks to record the memories of those who remember the fire or family stories about it.

"We will have an area set aside with a camera where people can record their stories," said Fuller, who operates his frame shop with his fellow artist wife, Rebecca, president of the Brownfield Public Library.

The exhibit also will feature aerial footage of the aftermath of the fire, filmed by television pioneer (and summer Brownfield resident) Philo T. Farnsworth (1906-71). The film was provided by Phil Savenick, who was Farnsworth's biographer.

The historical society collected donations to purchase 166 negatives and 21 prints by Cooke from his widow, with grants from the Mulford Fund, the Keith Henney History Fund, Stone Mountain Arts Center and many donations from its members.

Since 2005, Brownfield has been home to the Stone Mountain Arts Center, which regularly attracts top-tier performers from across the country.

The Fullers have called Brownfield home for 40 years, and in 1998 bought the mansard-roofed village structure that now houses their business, but which they once ran as a cafe.

According to Fuller, "I want to have a better understanding of where I live and who came before me."

Proceeds from the sale of the book will benefit the local library and historical society. It will be available through brownfieldhistoricalsociety.com and brownfieldlibrary.com.

Excerpts from Corey Ford's article for Collier's chronicle the foreboding that dry fall, when much of Maine burned.

“Somehow they all felt it was coming. The hot dry air was explosive, the autumn leaves were tinder underfoot, they could taste the sickly-sweet smoke that hung in a pall over the town, making the midday sun pale and orange-colored like a harvest moon," wrote Ford.

Ford's article and Cooke's photographs create a vivid essay of what it was like when Brownfield changed forever.

Also included in the exhibit are images of the fire from the Eberly Collection provided by the Brick Store Museum in Kennebunk.

Additional text is adapted from an interview by Joyce Butler of Esther Boynton in 1977 at her home in Brownfield, which were provided by the Northeast Archives of Folklore and Oral History Collection at the Fogler Library Special Collections Department at the University of Maine in Orono.

Included in the interview of Boynton are reminiscences about making doughnuts for the firefighters, exploding houses, returning to Brownfield, salvaging timber to rebuild and the impact of the fire into the early 1950s.

The Brownfield Historical Society is located at 258 Main St. in Brownfield.

For more information about the exhibit, call the society at (207) 935-4392 or go online to brownfieldhistoricalsocietycom or edgeofmaine.com.