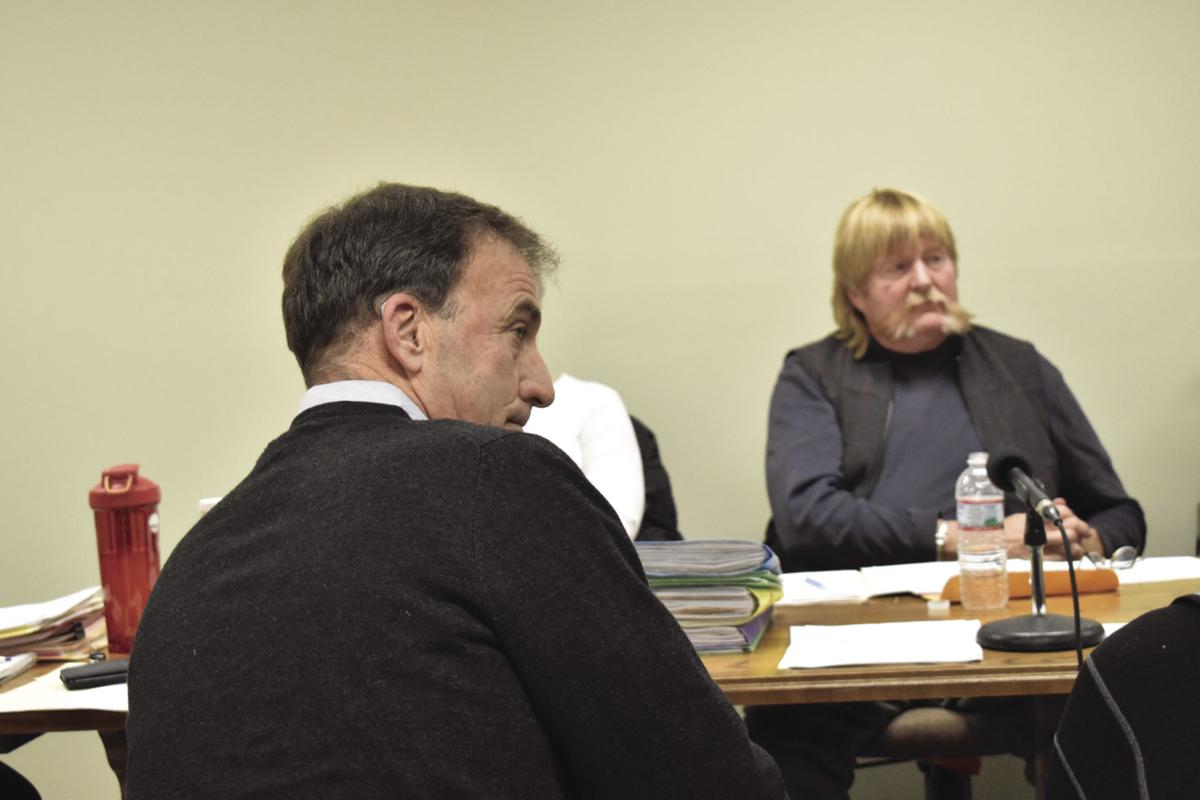 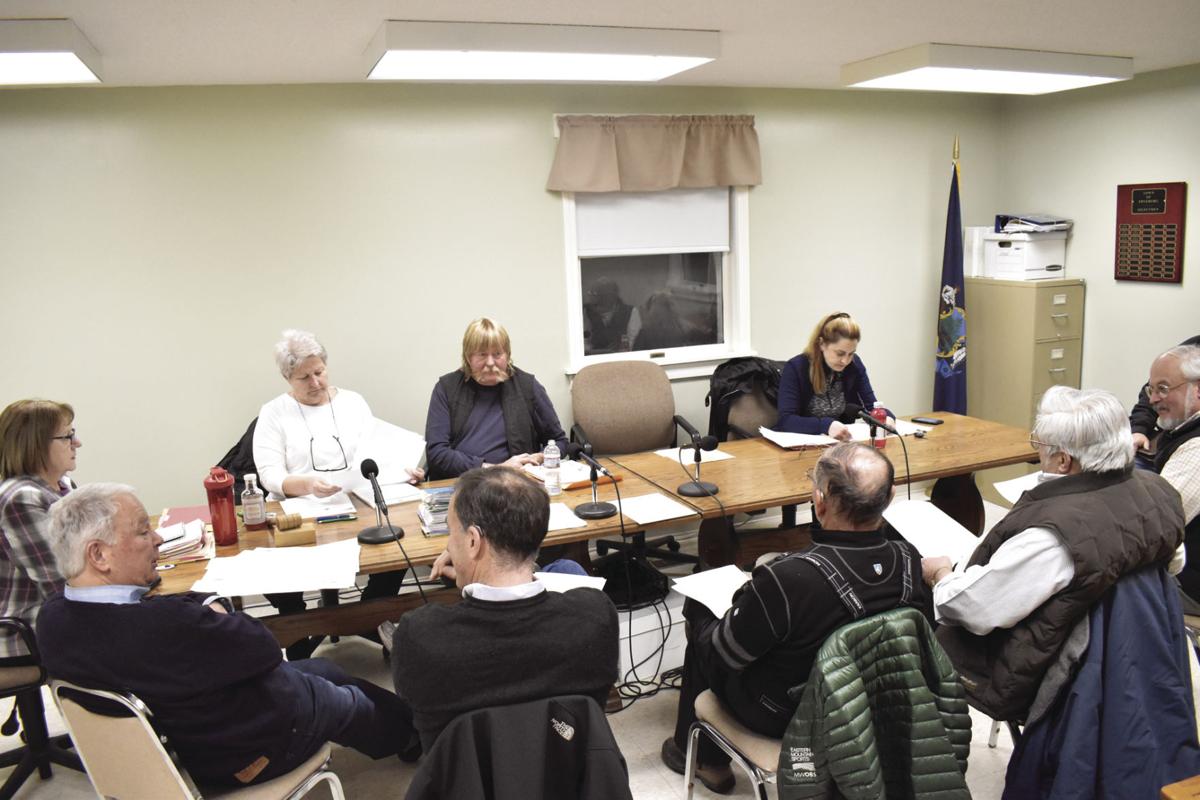 The airport authority's executive committee — Don Thibodeau of Fryeburg, Carl Thibodeau of Conway, Ed Bergeron of Conway and Gene Bergoffen of Fryeburg — and Brian Smith, an engineer with McFarland-Johnson, met with selectmen on Feb. 22 to "set the record straight."

They are scheduled to meet with Conway selectmen today.

Bender resigned from the authority last month after publicizing the executive committee for what he termed excessive secrecy and its attempts to muzzle him.

Shortly after his resignation, Lovell selectmen decided that they would withdraw from the authority. Carroll County's Board of Commissioners also withdrew, citing concerns about transparency.

The executive board's decision to break their silence comes as they prepare to ask both towns for donations and Fryeburg voters to OK a 40-year lease.

The airport generally asks the town of Fryeburg each June for a $15,000 donation. It also makes an annual request of $10,000 from Conway voters.

"We're here tonight to answer any questions that may have arisen from all the noise that's been in the paper," Airport Executive Committee Chairman Don Thibodeau told Fryeburg selectmen last Thursday.

The selectmen's top concern seemed to be that if the authority failed and the airport closed, the town, which owns the land the airport sits on, would be be responsible for paying back Federal Aviation Administration funds that have gone toward maintaining the airport.

Smith said the town could conceivably owe the FAA $10 million or more.

"What bothers me is the withdrawal of support of towns (from the authority) who think it's an option," said Selectman Kimberly Clarke. "It's not an option for us."

Bergoffen said the airport board's structure gives Fryeburg four representatives and Conway three. Surrounding towns in Maine and New Hampshire each get one representative, as do Carroll and Oxford County. Bergeron represents the Mount Washington Valley Chamber of Commerce.

Executive committee members said the board of directors was created to give smaller towns "skin in the game." The biggest benefactor to the airport is Conway, they said, as it's the destination of many airport users.

But the governance model isn't working as intended because they aren't getting the buy-in (participation and/or donations) from the small towns, the committee members said. They said they have created a task force with representatives from Oxford County, Fryeburg, Conway, Albany and Eaton to examine the issue.

Prior to Fryeburg town vote to OK selling airport land to Poland Spring (the question failed), Bender had accused the airport authority’s executive committee of conducting secret negotiations on the proposed land sale and violating the airport's bylaws in the process. He also said putting a bottling plant on airport land could constitute an aviation hazard.

At Thursday's meeting, the airport executive committee distributed a written response to Bender's accusations, which said in part:

"The executive committee was approached by Poland Spring to explore a potential bottling plant site on the airport property. The town of Fryeburg encouraged the EC to consider this possibility. The EC immediately contacted FAA to determine what its responsibilities were and the process that FAA would follow to determine whether a plant would be compatible with airport safety and whether the site could be considered 'nonessential to safe airport operations.' The EC took no action to prepare a recommendation to the full board given that the town needed voter authority to sell or lease a site on the airport, and that no process would be undertaken until that vote took place. The meetings were held in the regular course of Executive Committee meetings and between regular board meetings where any potential action would need to be approved by a vote of the full board."

The executive committee's statement also said: "An informal review of areas on the airport property non-essential for operations indicated that there could be a consideration of some sites. However, the final safety determination would be made by the FAA, in a rigorous, and formal review process."

The committee also said Bender had misrepresented the state of the authority's finances in letters to the editor, in which he stated that the airport's budget reflects a "slim 2018 operating margin of $3,600 and a year-to-date loss of $29,659 as of November 2017."

Bender also said that when Carl Thibodeau quoted a favorable audit, it dated from 2016, not 2017 "and was completed a year late in January 2018."

Bergoffen told selectmen that the airport has a rainy day fund of about $160,000 in cash and low debt. He said it has been getting clean audits and the 2017 audit will be underway soon.

"From a balance statement standpoint, we are in no trouble," said Bergoffen.

Bender had said he resigned when he was asked to sign documents pertaining to confidentiality, but in their statement, authority members said his resignation came after he was confronted with evidence that he had contacted an attorney for Pike Industries in an effort to aid Pike in a lawsuit against the authority and town, among other parties.

Bender said he and other members of the authority board called Pike to find out what the lawsuit was about because the executive committee wasn't sharing information.

The committee members said they expect to be reimbursed by the FAA for expenses related to a hangar they are planning to build.

Their total budget is about $270,000, of which about 10 percent comes from donations from the towns and the bulk comes from hangar leases, fuel sales and grants.

They explained that the airport is a non-profit 501(c)(4) organization incorporated under Maine law and is not a municipal organization subject to municipal law.

In addition to being used by local pilots and business executives, the airport is also used for life flights that help get patients to distant medical facilities.