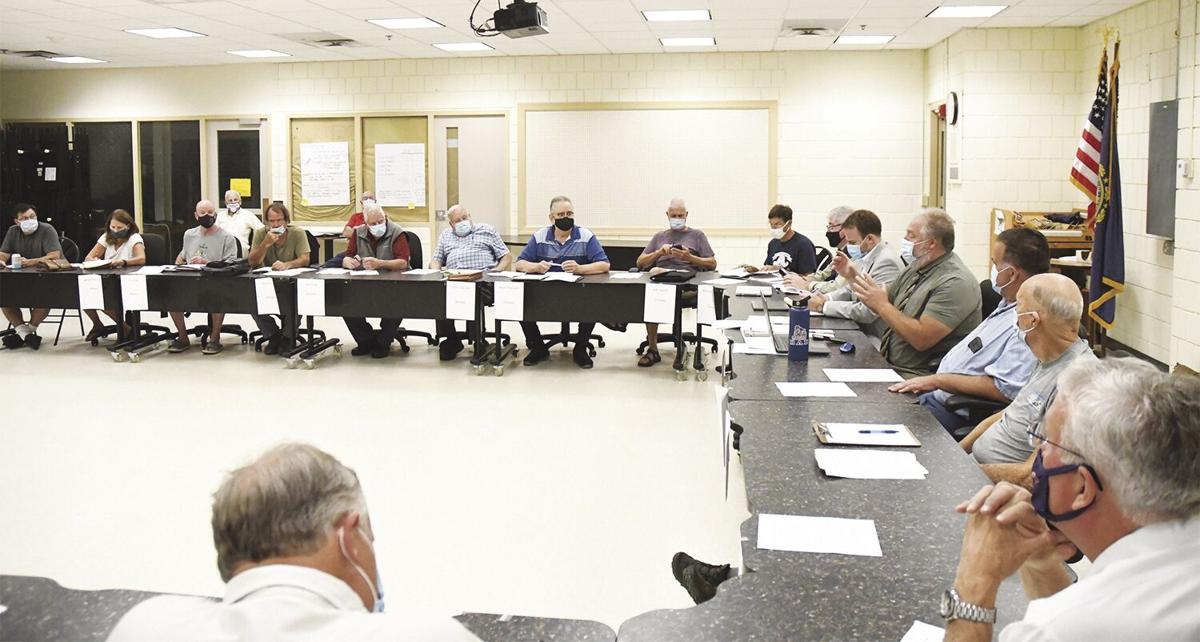 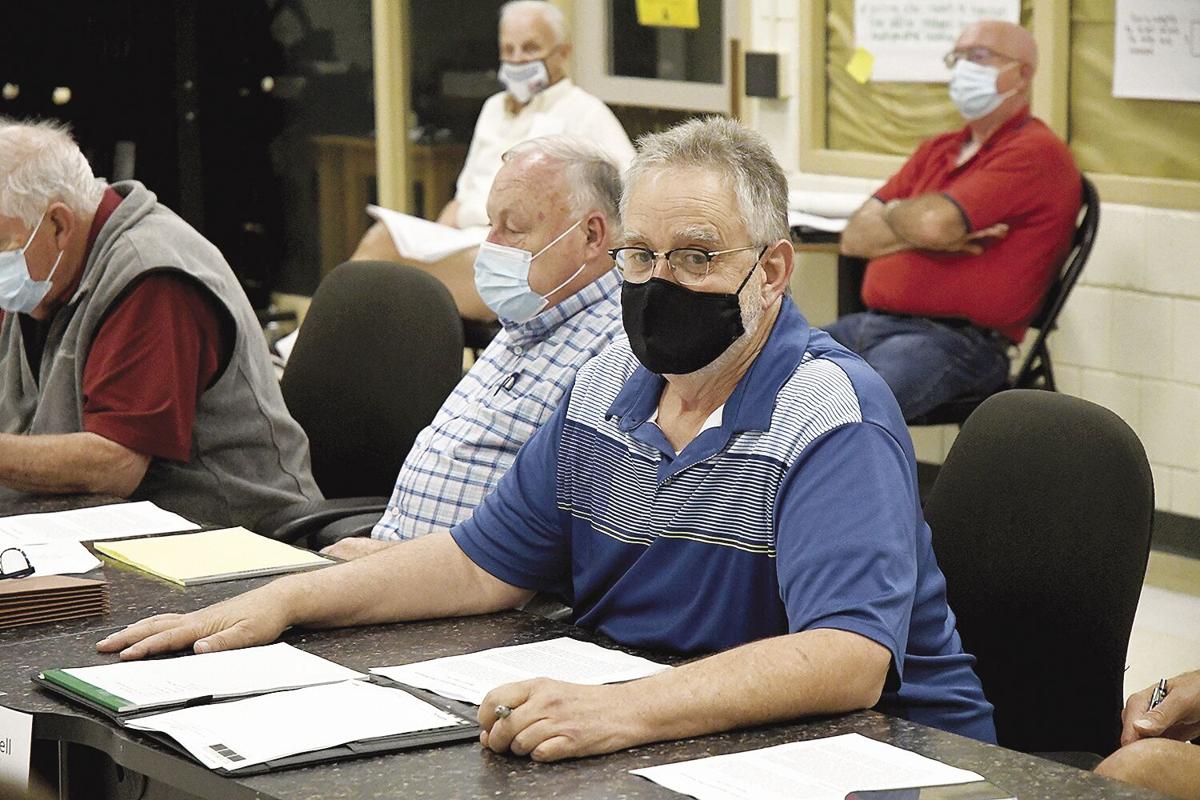 Former Conway School Board member Mark Hounsell has been elected as the chairman of the MWV Cooperative District Planning Board. (LLOYD JONES PHOTO) 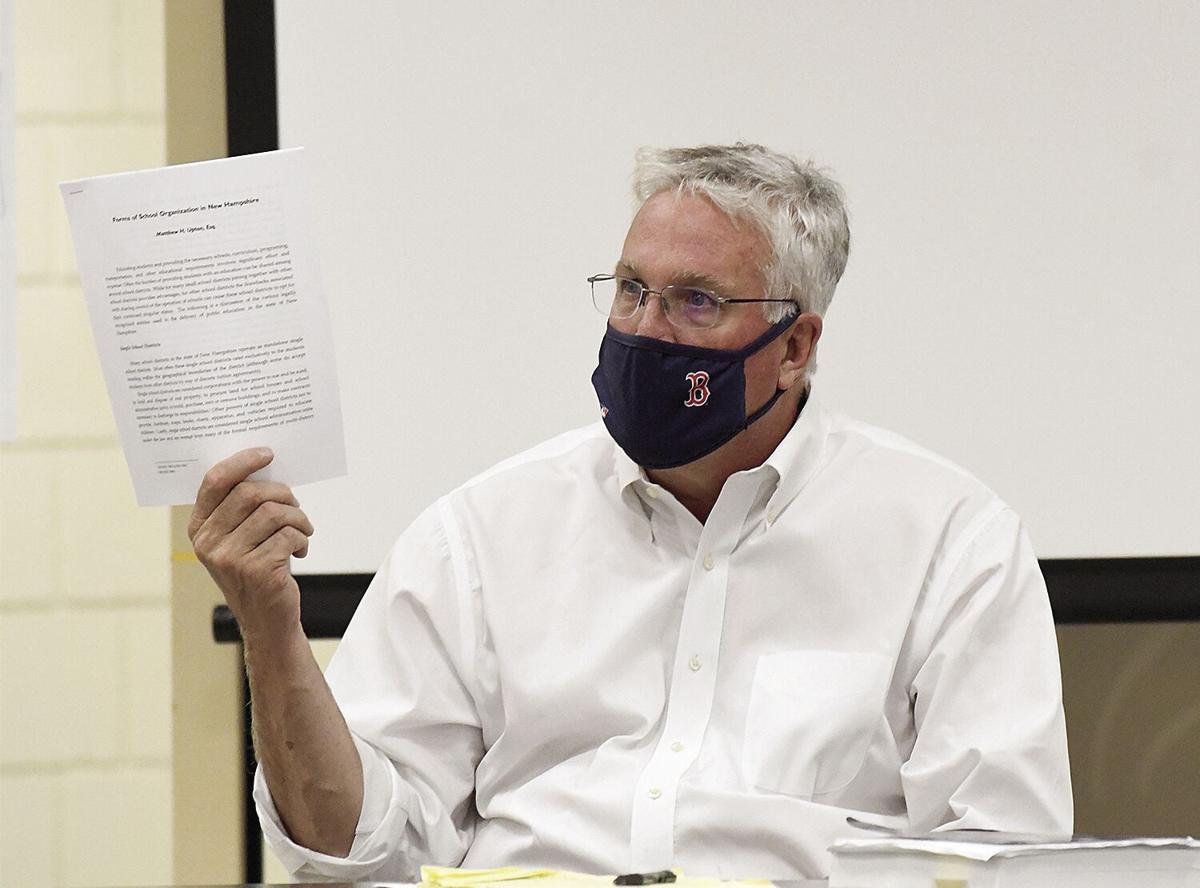 Former Conway School Board member Mark Hounsell has been elected as the chairman of the MWV Cooperative District Planning Board. (LLOYD JONES PHOTO)

CONWAY — The MWV Cooperative District Planning Board held its first meeting last month, electing Mark Hounsell of Conway as its chairman and Scott Grant of Bartlett as vicechair while laying the groundwork for what a cooperative might look like.

The board met Sept. 23 in the Professional Development Center at Kennett Middle School.

After getting introductions out of the way, SAU 9 Superintendent Kevin Richard began the meeting by calling for nominations for a chairman. Grant nominated Hounsell, a former Conway School Board member. Chandler, chair of the Bartlett selectmen, offered a second.

No other names were brought forward. Hounsell was elected 14-1 with Merrow in the minority.

“I hope to make every meeting, but if I can’t, I think it is important that we have a vice chairman,” said Hounsell, who nominated Grant, which Davison seconded.

With no other nominations, Hounsell voted for Grant to be vice chair.

The board also agreed to start meeting monthly. The next meeting is set for today at 6 p.m. in the Professional Development Center. The topic of discussion is “issues.”

According to RSA 195:1, a cooperative school district is "a district composed of two or more school districts of the state associated together under the provisions of this chapter and may include either the elementary schools, the secondary schools or both.”

At the committee's Sept. 23 meeting, attorney Matt Upton of Drummond Woodsome of Portland, Maine, gave a presentation to the group on cooperatives along with guidance for creating one.

According to the Drummond Woodsmen website, Upton for nearly 30 years “has served the legal needs of New Hampshire school districts and municipalities on a broad range of labor, employment, municipal and education law matters.”

One of the first things Upton suggested the board tackle was what it wants to achieve, whether a K-12 cooperative or some variation of that and how to handle governance and capital maintenance.

Upton added: “If you’re prepared to do the work I can give you a checklist of what you need to talk about.”

He said this was “a somewhat unique” situation as most cooperatives start when a school is being built. Upton recommended the stakeholders get a copy of the Merrimack Valley School Cooperative District.

“Why do you feel the sending towns want to stay with Conway?” asked Sorgi.

“The economies of scale,” Upton replied, pointing out that all of the towns could collectively offer more for the students than each town trying to go it alone.

According to Richard, the 20-year tuition agreement for Kennett High School went into effect July 1, 2007, and is set to expire June 30, 2027, but it may terminate "at the end of such minimum term if either party gives the other, at any time prior to the expiration of the 17th fiscal school year ending June 30 of such minimum term, written notice of such termination.”

Basically, by 2024, towns must decide whether to continue with the tuition agreement, which goes onto a year-to-year basis after 2027.

Richard said it makes sense to start examining the choice now because "if you decide to form a cooperative district, whether it’s K-12, whether it’s K-6 or (early childhood) through 6, or for the middle school ... there is a process districts would have to go through from a planning standpoint and notification standpoint to your constituents at your town meetings.”

Twenty years ago, an eight-town cooperative failed, with Jackson the first to vote it down. With one town opting out, the whole proposal essentially died.

“When the idea of the co-op first came up, every town voted on a different day,” Grant said. “If we had all voted on the same day, I think it would have passed. No one expected Conway to vote for it.”

While most viewed the cooperative as a 9-12 grade effort, Hemingway suggested a regional 7-12 co-op should also be on the table.

“I came in here with really very few preconceptions,” he said. “And sitting here I'm thinking, well, maybe this should be a 7-12 discussion.”

“If not now, when?" he asked rhetorically. "I don’t want to see us lose the opportunity. “

“I would totally agree with you on that perspective,” Davison said, adding, “It’s time for the valley to look out for the whole. Home rule is not always best for the kids of the valley.”