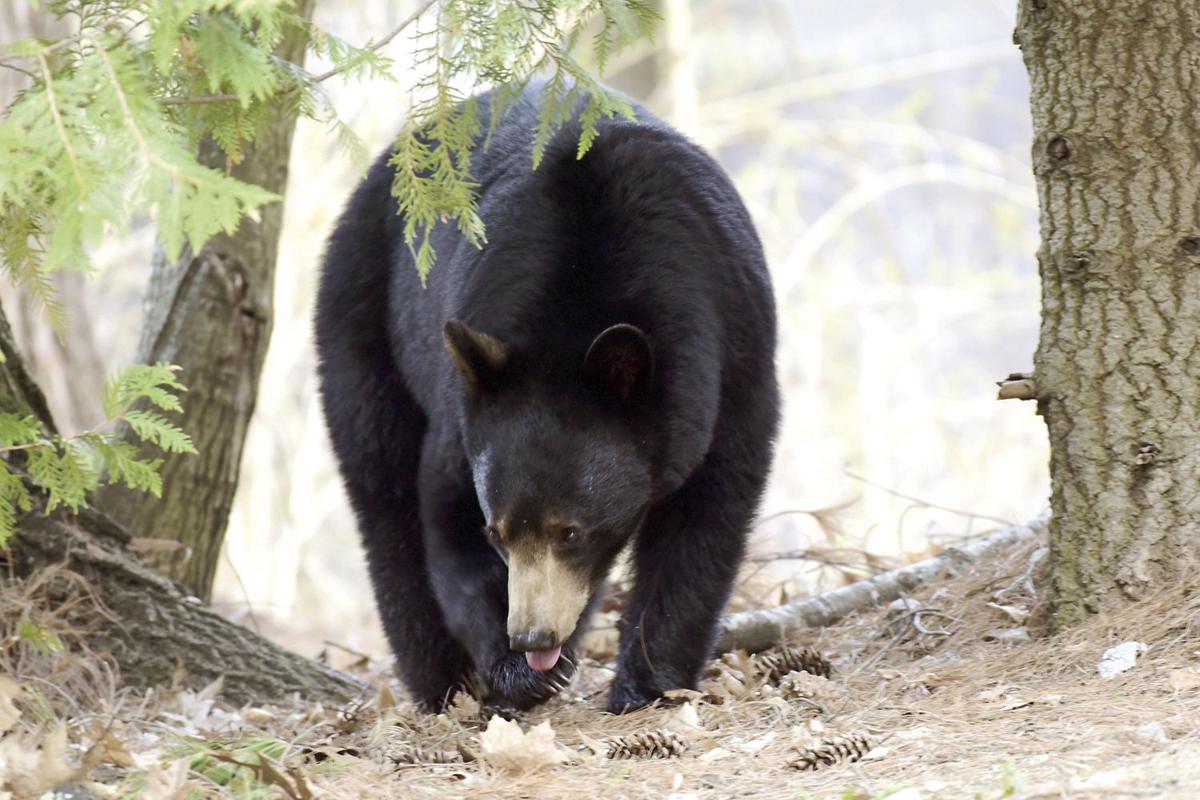 Bears are on the loose in Jackson, and have been breaking into vehicles looking for meals. (JAMIE GEMMITI PHOTO) 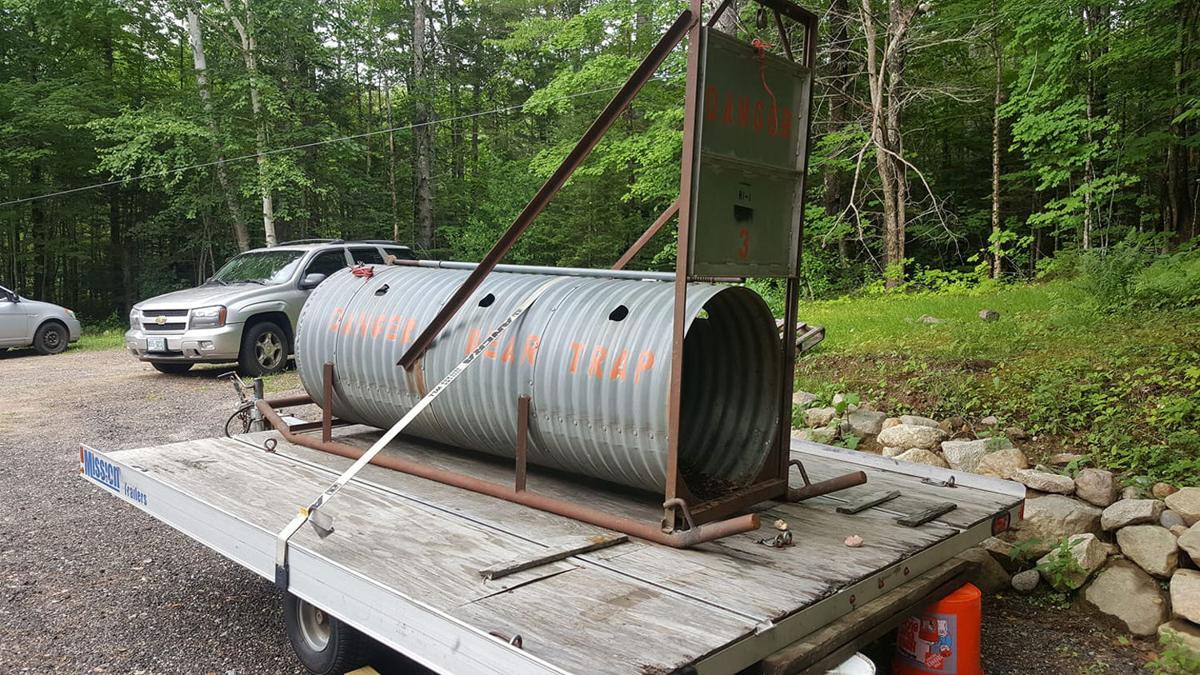 Jackson resident Genn Anzaldi posted a photo of a bear trap on Facebook on Tuesday, saying “Hope we catch our new friend who keeps breaking into our cars and grill.” (COURTESY PHOTO) 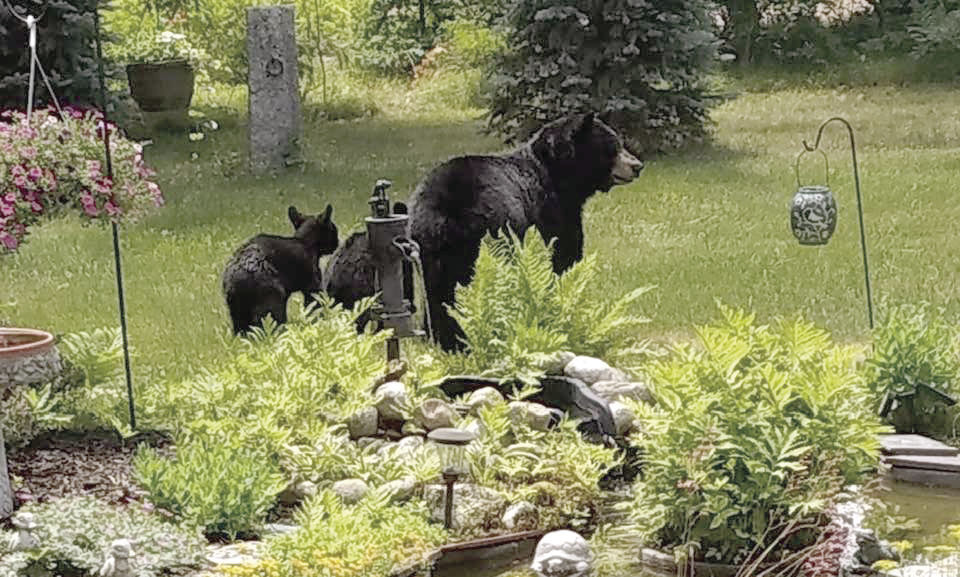 Heidi Gould of Fryeburg, Maine, caught sight of a mama bear and two cubs in her yard on Saturday. Officials caution people to take down bird feeders so as not to attract bears. (HEIDI GOULD PHOTO)

Bears are on the loose in Jackson, and have been breaking into vehicles looking for meals. (JAMIE GEMMITI PHOTO)

Jackson resident Genn Anzaldi posted a photo of a bear trap on Facebook on Tuesday, saying “Hope we catch our new friend who keeps breaking into our cars and grill.” (COURTESY PHOTO)

Heidi Gould of Fryeburg, Maine, caught sight of a mama bear and two cubs in her yard on Saturday. Officials caution people to take down bird feeders so as not to attract bears. (HEIDI GOULD PHOTO)

JACKSON — The town has had a rash of car break-ins over the past week, and the prime suspects are hungry bears.

Jackson Police Chief Chris Perley confirmed Wednesday there have been several cars looted by bears looking for an easy meal.

“The bears have been kicking things up a notch,” Perley said by phone. “I don’t believe they are an organized gang, but we have (multiple) vehicles in the community being targeted by food burglars. At first, we received multiple reports of car break-ins, but upon further investigation, we determined they were all committed by bears.”

Perley said there have been bears breaking into vehicles on Cameron Drive, on Sugar Hill Lane, in the vicinity of Black Mountain and on Switchback Way.

He said the crafty bruins, while they are yet to ransack a residence, have had their way with local bird feeders and barbecue grills as well as cars.

State Fish and Game was notified of the problems, and the department’s bear mitigation unit responded Wednesday and within two hours trapped a bear and relocated it to the northern part of the state, well away from humans.

Perley said the bears are finding unlocked vehicles and taking advantage of any food left in them.

“These clever creatures are adept at opening unlocked vehicles and searching for goodies,” he said. “A bear can do an incredible amount of damage inside a car in search of those lost Cheerios, candy bars and cookie crumbs. Not to mention when they feel nature’s call while still in your car — don’t laugh, I have covered calls like that — it’s a mess.”

Perley said remnants of one bear’s raid were an empty granola bag and two 3 Musketeers candy-bar wrappers. “We know of one bear that’s smart enough to open both car doors,” he said.

Perley urged people to lock their vehicles “as a matter of habit when it is in your driveway. This protects you from all curious prowlers, two- and four-legged.”

He added: “Take down bird feeders! This is a law in New Hampshire (from April 1 to Dec. 1). Wild birds do not need supplemental food during the late spring, summer and fall seasons. You’re only fattening up bears, squirrels and chipmunks. Do not leave trash outside unless in a bearproof container. Trash is the most common source of bear vs. human conflicts. These conflicts often result in the destruction of a bear as it has become too comfortable around humans as a food source.

“It’s really all about the food for our big black bruins. If you eliminate food sources they will stay away from humans. Remember, a fed bear is a dead bear! Do your part, be smart and help protect our furry friends!”

Andy Timmins, bear biologist for New Hampshire Fish and Game, said there are 4,800-5,000 bears statewide. Jackson was on the bear map in 2013, when “the Jackson Five,” a mama bear and four cubs, made frequent visits to residences in town. In 2012, the mother was captured and relocated to Pittsburg in Northern New Hampshire, over 90 miles away.

She was tagged and also had a radio collar placed around her neck.

Remarkably, the mother, perhaps smarter than the average bear, found her way back to Jackson that fall, and went to den for the winter and had four cubs.

In 2015, the mama bear had four more cubs. Countless people captured them in photographs. The mother was recognized because of the tag in her left ear.

A mother giving birth to four cubs in the same litter and all flourishing is uncommon, doing it twice is even rarer. “It’s pretty rare in the natural environment,” Timmins said, “but where we see it mostly is where bears have access to human food. I still think (four cubs in a season) reflects bears with a slightly supplemented diet. Here, in the Northeast, it’s not the norm.”

Sadly, in October of 2015, a hunter shot and killed the mother bear. The four cubs were moved from Jackson to a sanctuary in Lyme in November of that year where they spent the winter with highly regarded bear expert Ben Kilham. The four orphans — three female cubs and one male cub — were returned to the wild in northern New Hampshire in July of 2016.

Timmins reminds people it is illegal to feed bears in New Hampshire, with a fine of up to $1,000.

“The public must understand that it is illegal to intentionally feed bears in New Hampshire,” he said. “Intentional feeding can cause problems in residential areas and can result in fines. It also threatens the life of the bear, which may have to be destroyed if it becomes a nuisance animal habituated to human food sources. It’s unfortunately often true that ‘a fed bear is a dead bear.’ So if you love bears, don’t feed them.”

He said last week businesses and residences in Mount Washington Valley “have come a long way” in terms of bear-proofing their dumpsters, decks and homes.

“Statewide, the number of bear complaints has been pretty steady over the last few years,” Timmins said, “but people in the valley are doing something right because our complaints have gone down dramatically in the past two years.”