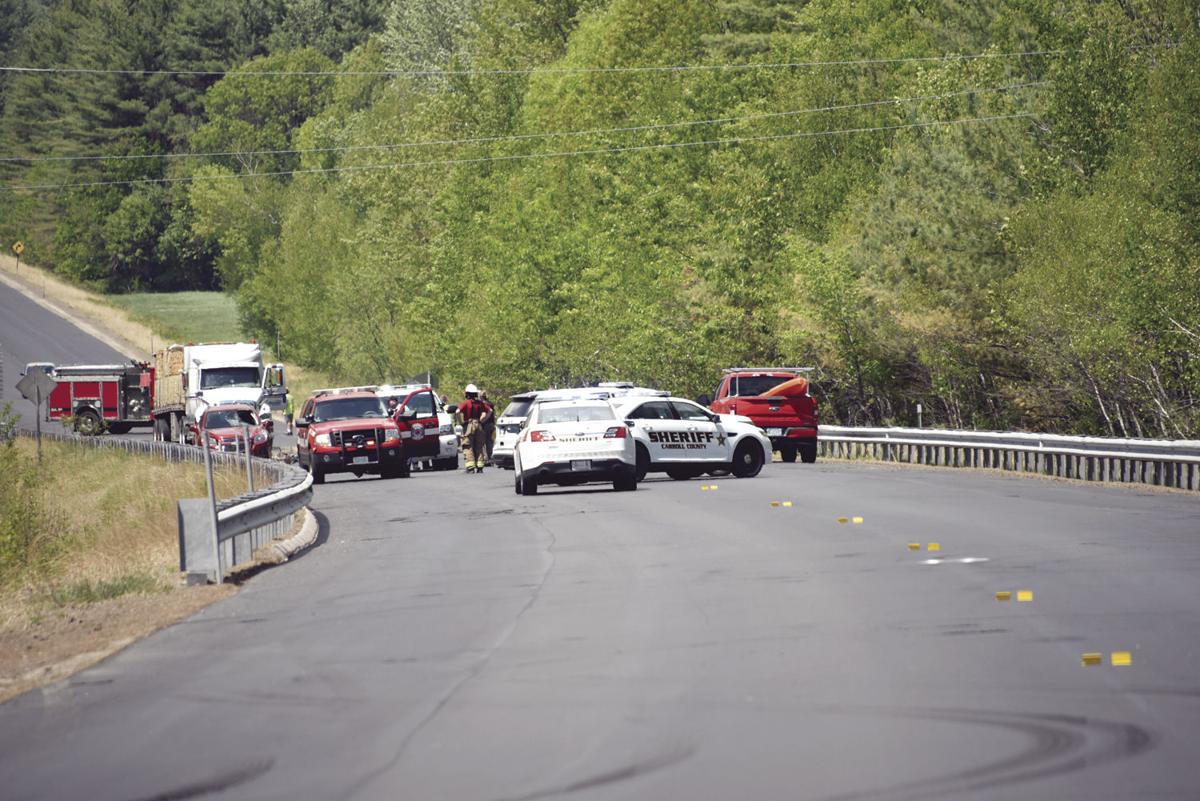 First responders are at the scene of a fatal crash when a motor vehicle struck a bicyclist on Route 16 in Intervale on Wednesday. (JAMIE GEMMITI PHOTO) 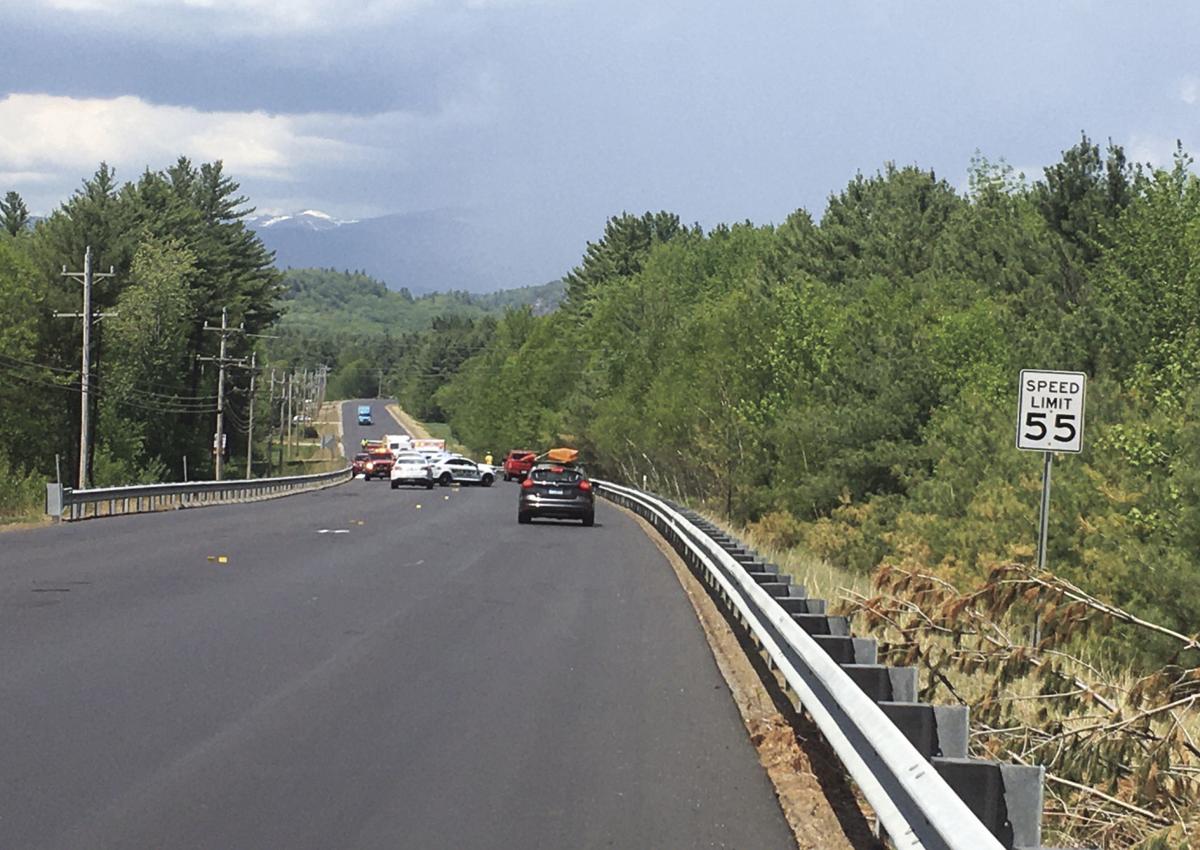 The scene of a fatal collision involving a bicyclist and a vehicle on Route 16, looking north in Intervale, seen at around 1 p.m. on Wednesday afternoon. (DAVE MANDEL PHOTO)

First responders are at the scene of a fatal crash when a motor vehicle struck a bicyclist on Route 16 in Intervale on Wednesday. (JAMIE GEMMITI PHOTO)

The scene of a fatal collision involving a bicyclist and a vehicle on Route 16, looking north in Intervale, seen at around 1 p.m. on Wednesday afternoon. (DAVE MANDEL PHOTO)

BARTLETT — A fatal accident involving a car and bicyclist occurred just north of the Intervale Scenic Vista on Route 16 on Wednesday afternoon.

Santuccio said both the small Chevy SUV and the male cyclist were heading southbound on Route 16 in the area of 16A and Smithfield Plumbing & Heating in Intervale.

That part of Route 16 recently underwent paving with a new shim coat by the New Hampshire Department of Transportation, and lane and shoulder striping has not yet taken place.

According to authorities, at approximately 12:28 p.m., the cyclist was struck from behind and apparently he died of his injuries, although that is under investigation to rule out other causes such as a medical condition.

The driver of the SUV, reportedly an older woman, was taken to the hospital.

Santuccio declined to identify either of the parties.

State police were called in to reconstruct the accident, shutting down Route 16.

Also on scene were Bartlett Fire Department and Conway police, who were directing traffic onto the southern intersection of Route 16A.

According to former Sun photographer Dave Mandel, the accident took place approximately a quarter-mile north of the Scenic Vista in Intervale. He said it happened around 12:30 p.m. Wednesday.

“A witness told me the guy was run over from behind, and med people were doing CPR,” said Mandel, who offered that he heard that the victim was a local cyclist who often would ride to the Met Coffeehouse in North Conway Village.

Mandel said he was riding his own bike in front of Citizens Bank in North Conway when an acquaintance flagged him down with the news.

“He told me they were doing CPR and it looked really bad,” said Mandel. “So I continued on my bike to the scene.”

Mandel said that, upon arriving at the scene, he feared the worst.

“I got there just when the ambulance was leaving, and it seemed in no rush to get to the hospital.”

Until proven an accident, this was simply a crash. Unless the Conway Daily Sun is declaring everyone free of any blame without any conclusion to the investigation? Crash does not imply any blame, it is merely a fact. Accident implies nothing could be done and everyone acted properly.

What we need is elderly people to retake a legit driving course every year because people around here cant drive at all. #revokeoldfolk

Please do not refer to this as an "accident" as it could very well be "negligent homicide", and calling it an accident implies a lack of fault. To be non judgmental, given the lack of more information, one could more accurately call it an "incident".

I am very sorry to hear of this, certainly too bad. Given the number of cyclists, there is a real need for a bike path, or at least a well marked bike lane on this section of 16.