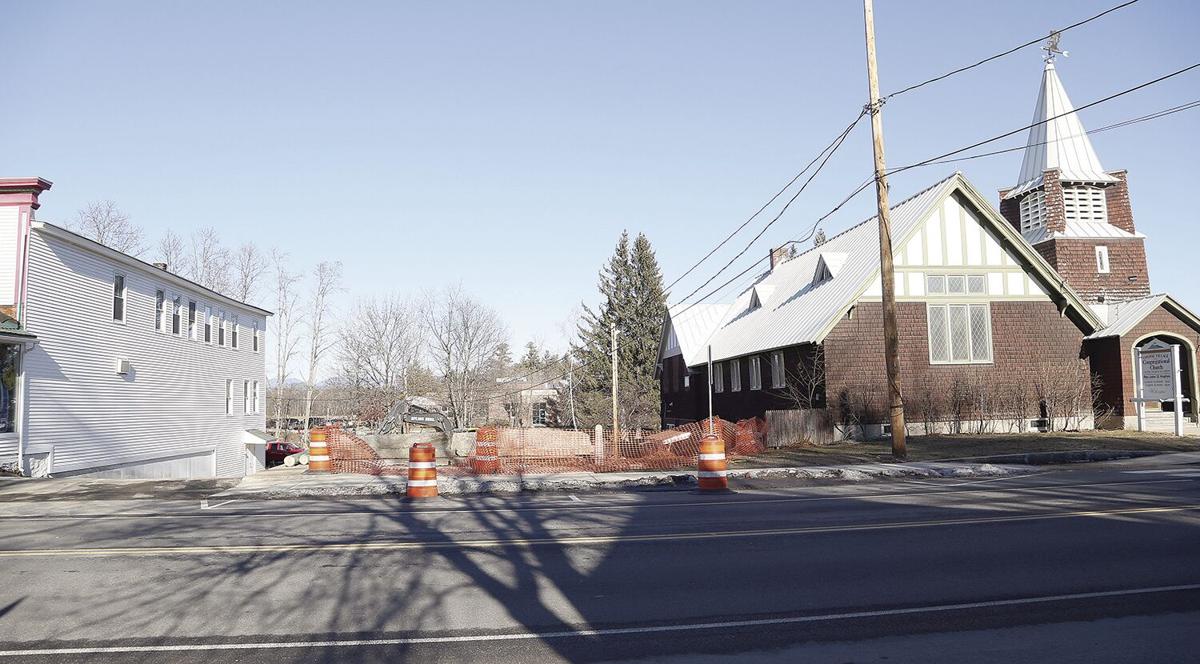 The site of the demolished Valley Jewelers store next to the Brown Church in Conway Village on Friday. (RACHEL SHARPLES PHOTO) 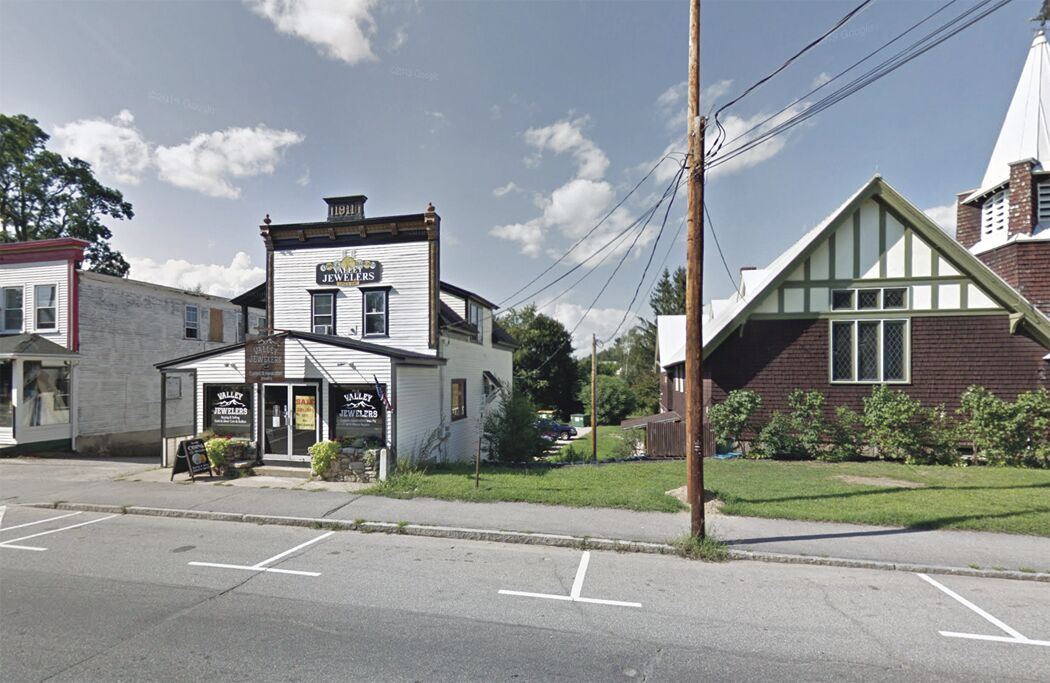 The Valley Jewelers building is seen in this Google image taken a few years ago. (COURTESY PHOTO)

The site of the demolished Valley Jewelers store next to the Brown Church in Conway Village on Friday. (RACHEL SHARPLES PHOTO)

The Valley Jewelers building is seen in this Google image taken a few years ago. (COURTESY PHOTO)

CONWAY — Once home to Thurston’s Meat Market, the former Valley Jewelers building, which dated back to 1911, was demolished this week to make way for improvements to the Conway Village Congregational Church (the Brown Church), which owns the property.

Deven Spears of Spears Bros. Demolition of Belmont said the building was razed Wednesday, the site cleaned up Thursday and finished off Friday.

The building at 142 Main St., had been vacant since 2019, said former owner Tim Talbot, who sold it to someone who paid cash and then donated it to the church, Talbot said.

According to the property card, the church bought the building in 2019 for $190,000. A board member confirmed the anonymous donation.

Bergeron Technical Services of Conway took out a demolition permit on behalf of the church. The building inspector issued the permit Dec. 2.

Talbot, of Tamworth and St. Petersburg, Fla., lamented the demolition. “I would never have sold it if I had thought this would happen to it.”

He said when he and former partner Brian Smith bought the building, it was in need of much repair and they hired contractors to fix it up. “We brought back its original beauty. Anyone who tells you that it was beyond repair is not telling the truth. Am I sad to see this? I would say the better word is heartbroken.”

Project manager Kate Richardson of Bergeron Technical Services and Anne Getchell, chair of the church’s board of trustees, said in separate interviews that the church board made the decision to have the structure razed this summer after commissioning a report by Shawn Bergeron and Richardson.

Getchell said: “The driveway was more than half owned by the jewelry store so if someone else had bought it, it would have brought up the question of whether we would have access to the church for deliveries to the food pantry and the Dinner Bell.”

She said the church over the past two years used it for storage.

Trustees are working with Bergeron’s firm on improvements to the church, the original part of which dates back to around 1906. An addition was constructed in 1955.

Bergeron and Richardson “did an evaluation of the jewelry store and they felt it should be torn down as it would be too costly to fix,” said Getchell, noting, “The demolition crew gave us a two-day notice — that was Monday and they did it Wednesday.”

She said part of the site improvements planned concern site drainage, improved access and parking. “That is a very steep hill and it’s very dangerous coming out of the jewelry store as it did block the view at the top of the hill. The long-range plan is that parking will be updated out back and to improve access as well,” said Getchell.

She sad the improvements are expected to cost more than $1 million.

Former selectman Mark Hounsell said the building will be missed and feels the townspeople should have alerted to the demolition in advance.

“If people grew up in this town as many have, they remember this building from being everything from a butcher shop to the Bible bookstore,” said Hounsell.

“It was a familiar building, one that gives it gives the native the feeling of stability. It’s just like anything that you have that you’ve had awhile. You hate to see it just disappear.”

“It just seems very bizarre to me, that anyone could just tear down a building and have so few people even aware of it until after the fact,” said Hounsell. “There’s a right way of doing it, and the wrong way is doing it is the way that this building came down. ... the way it came down, was a shock.”

“I guess it’s the process that broke down here; how could they tear down a building as important as that historically in the middle of Conway Village without anyone knowing about it?” said Hounsell.

Town Manager Tom Holmes said the building inspector issues demo permits. He said neither he nor the selectmen ever receive lists of buildings to be demolished, but staff briefs him on some town happenings at department head meetings.

Ken Rancourt, president of the Conway Historical Society, and chair of a historical study commission, said he did not know about the demolition of the jewelry store in advance.

He said he understands how property owners are sometimes forced to demolish a building once it gets too far gone. But he, too, lamented the destruction of another old building.

“I knew they (the church) had had the building inspected and that they had found some major difficulties. Our commission is working on buildings built prior to 1900 so it kind of falls out of our interest but it is still unfortunate to have another piece of Conway history gone by the wayside, much like how we lost the Homestead and the former Burbank tavern in Center Conway that once served home to the town’s early town meetings.

“I wish that people would take a larger interest in renovating older buildings, but that’s not always possible,” said Rancourt, “and I understand the trustees for the church probably made the right move in that their members aren’t getting any younger and they need ADA access to allow the disabled to get in.”

It always amazes me that people think that they have a say in others property. Why should the 'townspeople' have been notified? Would you come up with the money to renovate it or save it? If it isn't on a historical register, it is no ones business. It is sad to see change but change is inevitable.