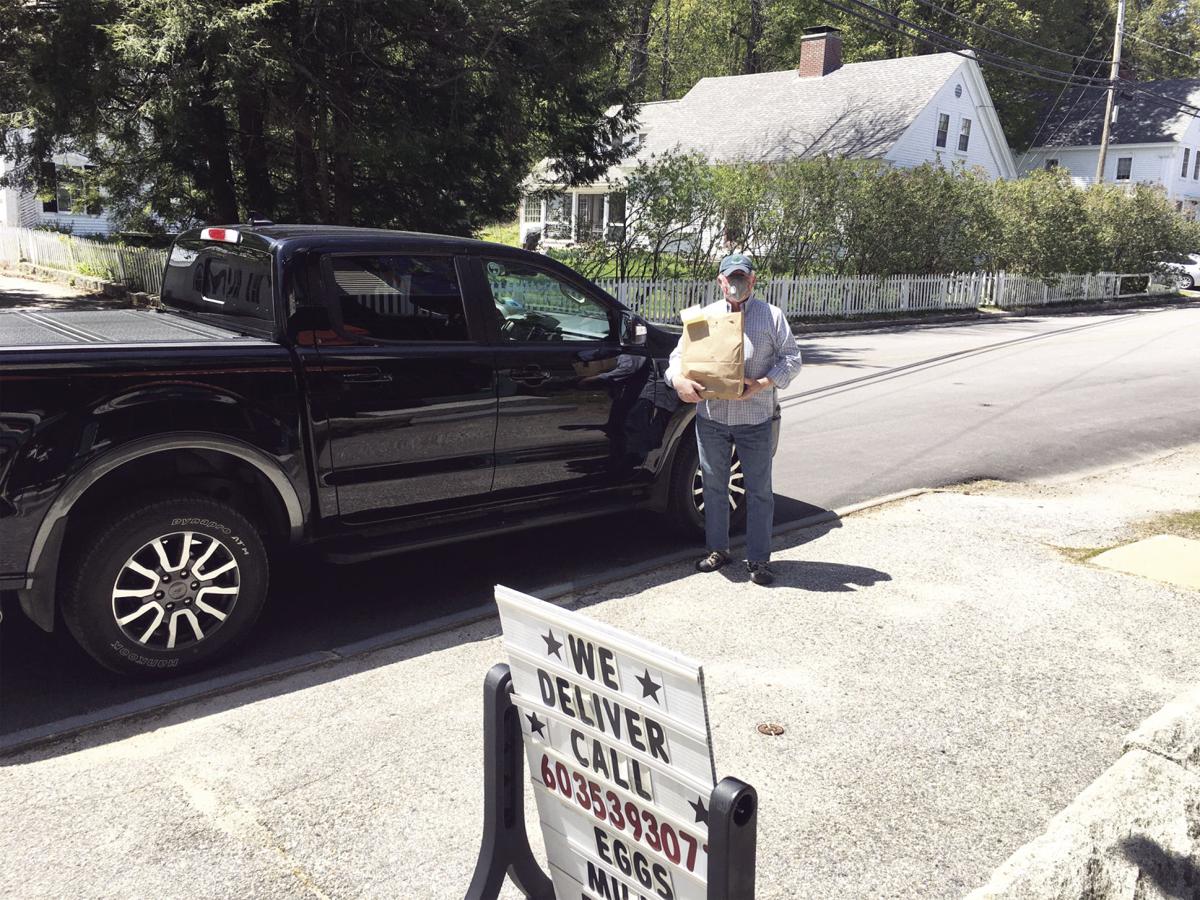 A volunteer delivery driver picks up his items for home delivery at the curb in front of the Freedom Village Store. (COURTESY PHOTO) 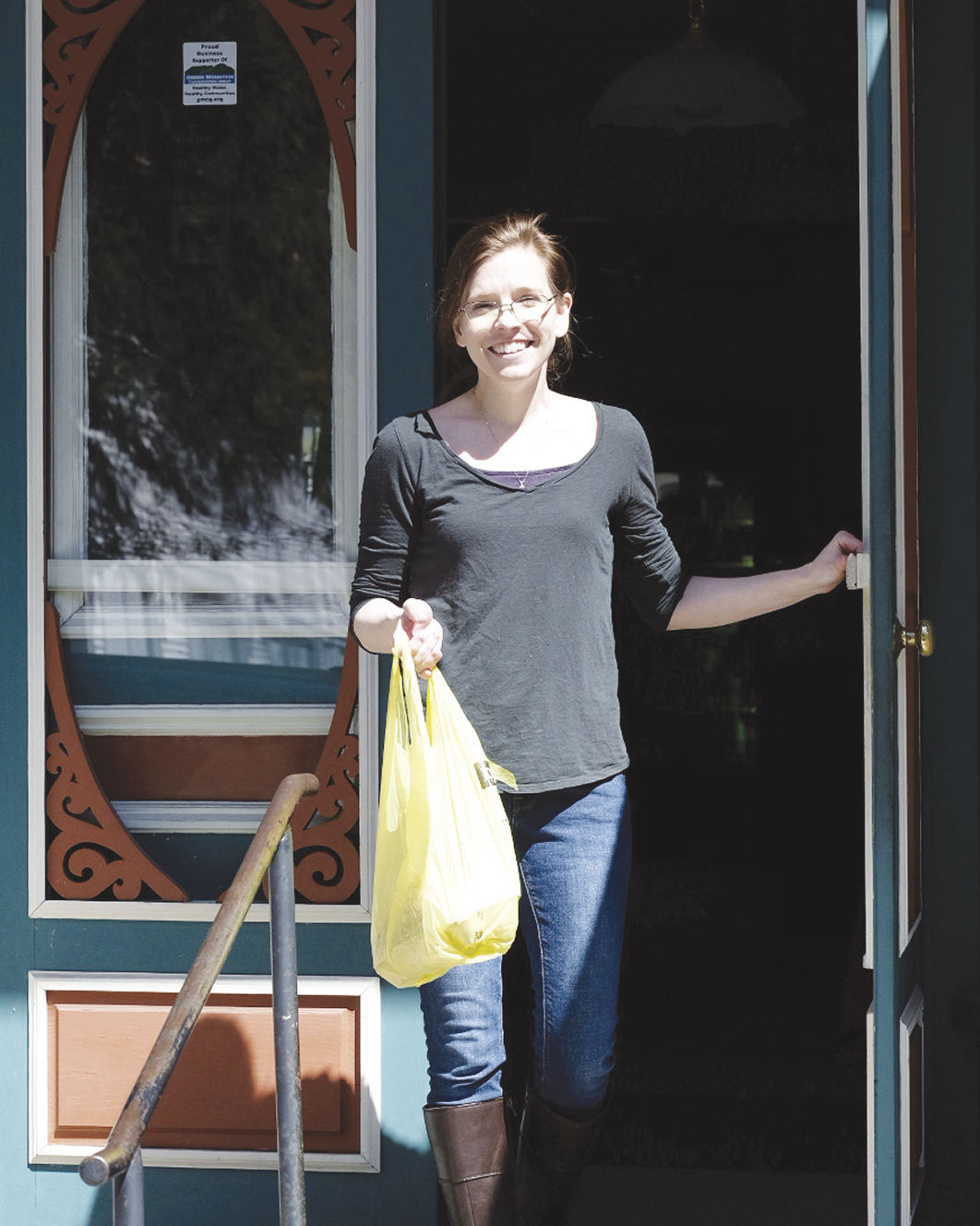 Miranda Sandahl of the non-profit Freedom Village Store is coordinator of the organization's new home grocery delivery program which delivers items ordered by mostly elderly residents who do not want to take the risk of shopping themselves during the pandemic. Many of the goods come from local suppliers including farms supplying meats and eggs. Other items include flour, sugar and fresh-baked bread. (COURTESY PHOTOS) 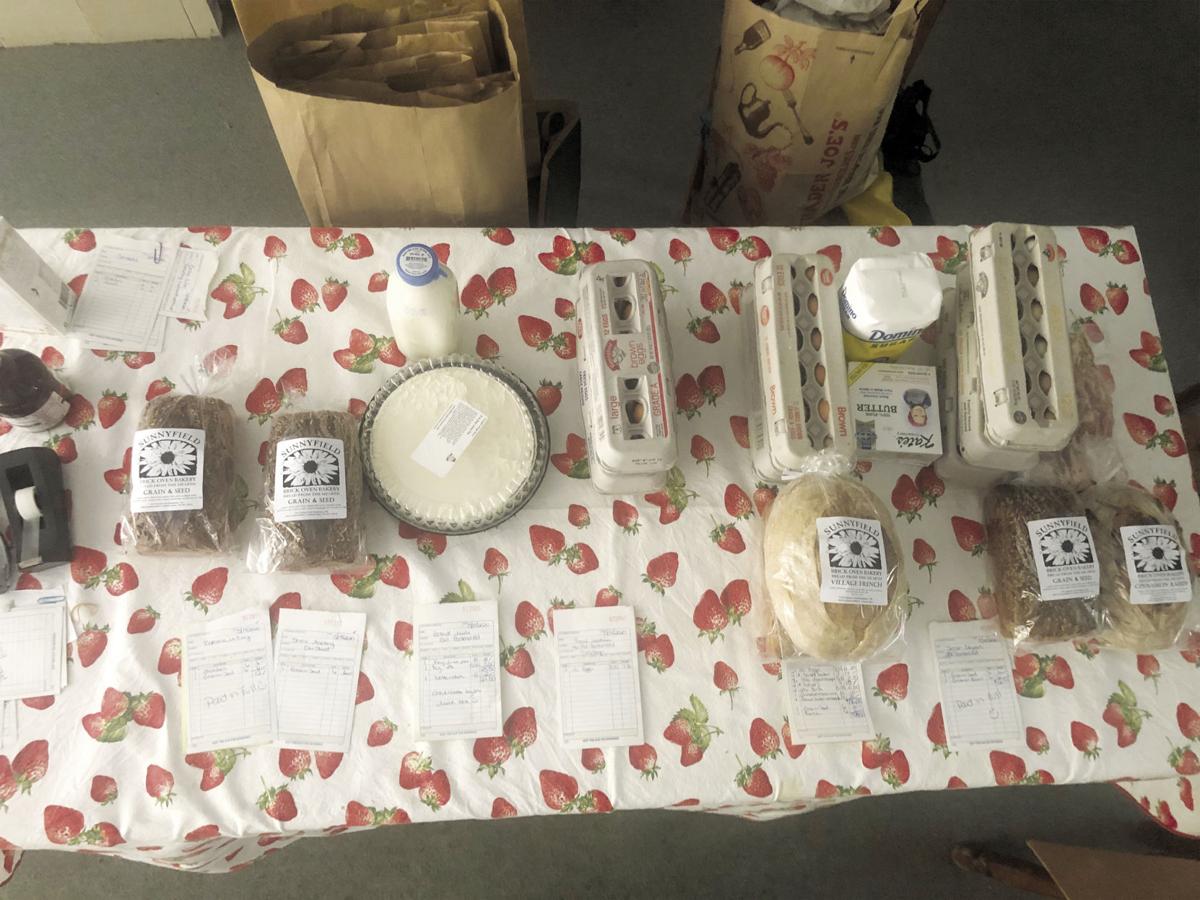 Volunteers at the Freedom Village Store line up compiled orders on a table waiting to be bagged for delivery. (COURTESY PHOTO) 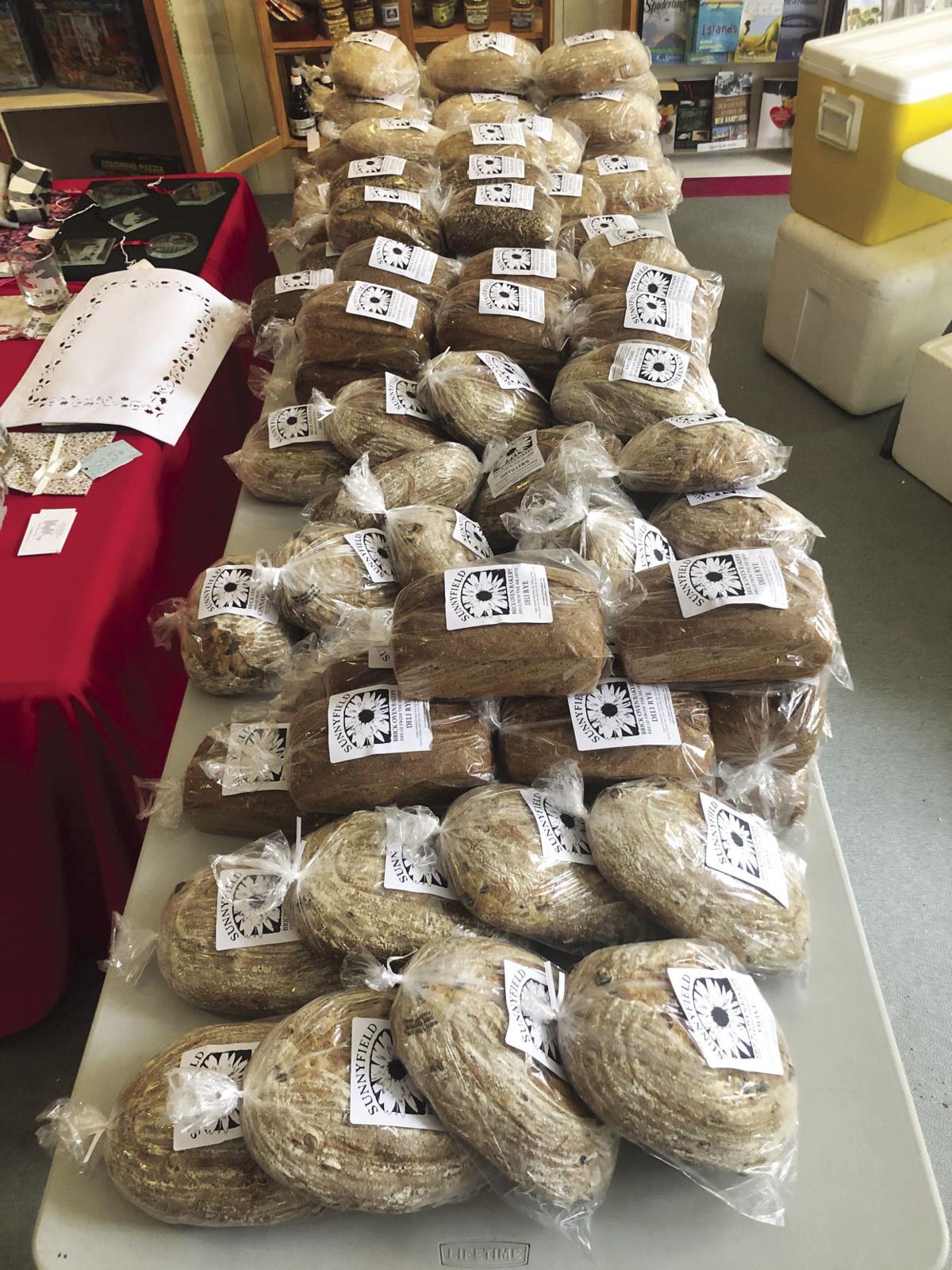 Bread from Sunnyfield Bakery in Tamworth is among the foods available for delivery from the Freedom Village Store. (COURTESY PHOTO)

A volunteer delivery driver picks up his items for home delivery at the curb in front of the Freedom Village Store. (COURTESY PHOTO)

Miranda Sandahl of the non-profit Freedom Village Store is coordinator of the organization's new home grocery delivery program which delivers items ordered by mostly elderly residents who do not want to take the risk of shopping themselves during the pandemic. Many of the goods come from local suppliers including farms supplying meats and eggs. Other items include flour, sugar and fresh-baked bread. (COURTESY PHOTOS)

Volunteers at the Freedom Village Store line up compiled orders on a table waiting to be bagged for delivery. (COURTESY PHOTO)

Bread from Sunnyfield Bakery in Tamworth is among the foods available for delivery from the Freedom Village Store. (COURTESY PHOTO)

FREEDOM — Thanks to a volunteer effort spearheaded by Miranda Sandahl of the non-profit Freedom Village Store, neighbors are taking care of neighbors in this Carroll County town during these uncertain pandemic days.

“I feel we are living up to the original community service goals of the Freedom Village Store about being a place about community,” Sandahl said this week.

“Since our founding in 2009, we have provided a place for socialization. We took a look at what was going on with the current COVID situation, and with our community having mostly an older population, we decided staying open would not serve our primary goal of serving the community," she said.

"So we decided to do home delivery of food items, at no extra charge.”

Residents can go to freedomvillagestore.org and connect through the link to the store's Google page, which lists five pages of food and other items available for purchase.

Customers can find milk, eggs and meat from local farms, as well as everything from flour and sugar to newspapers and face masks.

“I would guess we have about 20 vendors,” said Sandhal.

"We had to expand from two to four egg vendors because, let’s face it, chickens can only lay so many eggs a day. So, we doubled it to four," she said.

"Flour has been in short supply during the pandemic at local stores, but we have it, along with sugar, butter, yeast and fresh-baked bread, all of which is new to us but which we have added to meet the demand.”

Volunteers (“We have a team of eight to 10,” said Sandahl), then deliver the items door-to-door. Patrons leave a check or money for the drivers to pick up so there is no human-to-human contact.

“They wave to us from inside,” said Sandahl, noting that about 200 residents are using the service.

Sandahl, 39, a wife and mother of two, and a Freedom Village Main Street resident, can walk from her home two doors down to the 19th-century store.

She serves as management consultant for the store, which was created by a group of residents in 2009 after the village landmark had been closed for nearly a decade.

The store has closed three times since first opening in 1852, and is currently the only store selling food in the village.

The founding Freedom group was headed by the late Jennifer Molin and others such as Patrick Miele, Dick and Ellen Many, Nathan Ainsworth, Chris Gill, Ann Cunningham, Janet Meyers and Maynard Thomson.

Such village stores were the center of daily life throughout New England villages.

The goal in 2009 was to bring that back to Freedom, using a non-profit model, just as other local towns such as Eaton and Sandwich have done with similar projects.

The owners of the building, Pam and Barry Keith, helped to make the dream possible by providing agreeable rental terms.

Sandahl knows the town to which she and her husband moved from Gray, Maine, well, and puts skills from past jobs to good use in the new store-to-door delivery, setting up routes to make the most efficient use of drivers' time for delivery to homes of people she knows from her days at the post office.

“We stagger the drivers (due to safety concerns) for the curbside pickup, and then they deliver. And we have drivers picking up the eggs from the farms. Through experience, we have discovered that the best time to pick up the eggs is between noon and 1 p.m., so that’s when they go,” she said.

Five or six volunteers are doing curbside pickup from neighboring towns as well. Among the participating farms is Sherman Farm of East Conway.

As for the feedback from customers of the new service?

“People have been so happy and kind — and understanding. There has been a lot of positivity, and it has been really nice to hear because it has been a really stressful time for a lot of people, and people react differently to stress," Sandahl said.

"I feel when Jennifer (Molin) created this entity, it was to serve the community, and we are doing that; it feels amazing,” said Sandahl, noting that the community lost Molin two years ago but that her legacy lives on at the store.

In pre-COVID-19 times, that meant being a place where people could stop in for coffee, enjoy conversation and buy home-baked items and artisans’ goods.

Said volunteer driver Gene Corbett, a retired industrial chemical company CEO and 20-year Freedom resident, “I think it’s great that Freedom people are supporting local farms and businesses and that the store is helping people out. I think it’s a great story.”

Although Freedom Old Home Week and craft fair normally held in August have been canceled this year, Sandahl says as the store-to-door effort illustrates, community spirit is alive and well in this town.

“It’s going to be a different year, and heartbreaking, no question — but we are resilient,” said Sandhal.

These general stores infuse new life into towns and are the virtual lifeblood of the community. A great role model and template for the rest of New England! Great job again Tom Eastman!