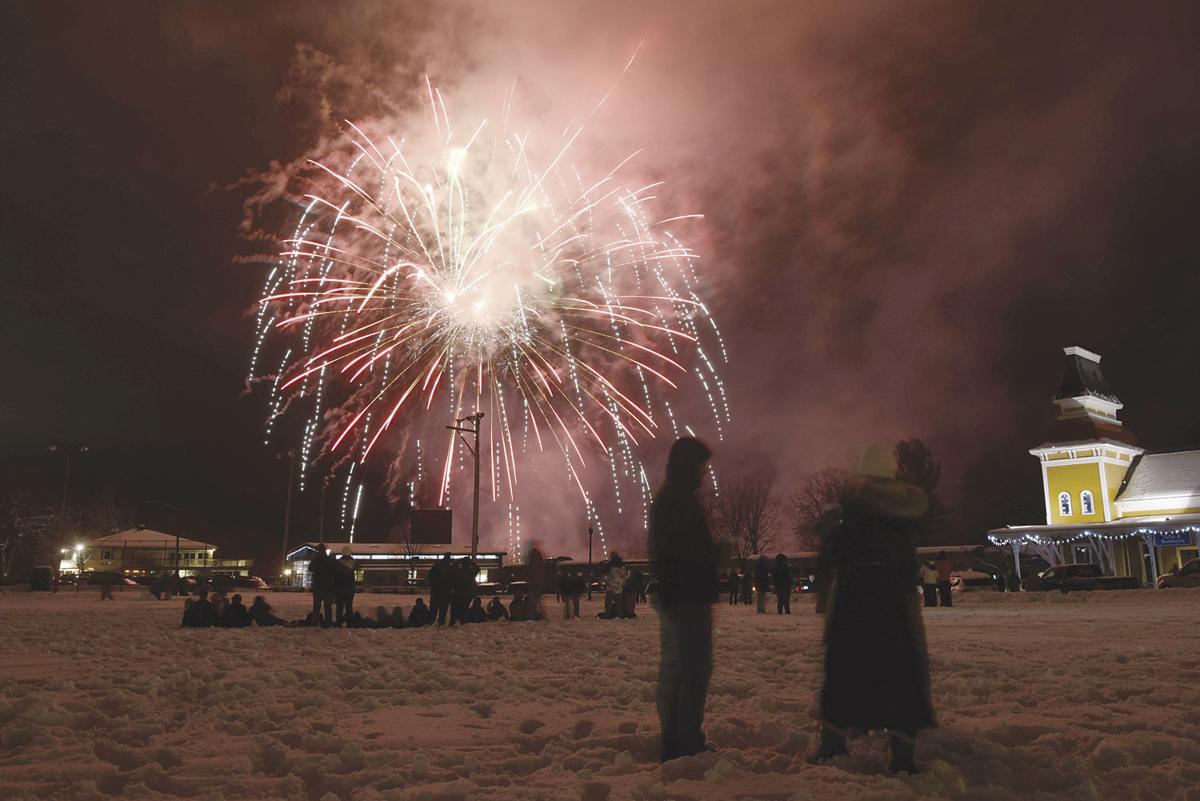 North Conway enjoyed a large influx of visitors for its New Year’s Eve fireworks. Resorts and businesses reported a strong holiday with many people extending their vacations as Christmas and New Year’s fell on a Wednesday. (JAMIE GEMMITI PHOTO) 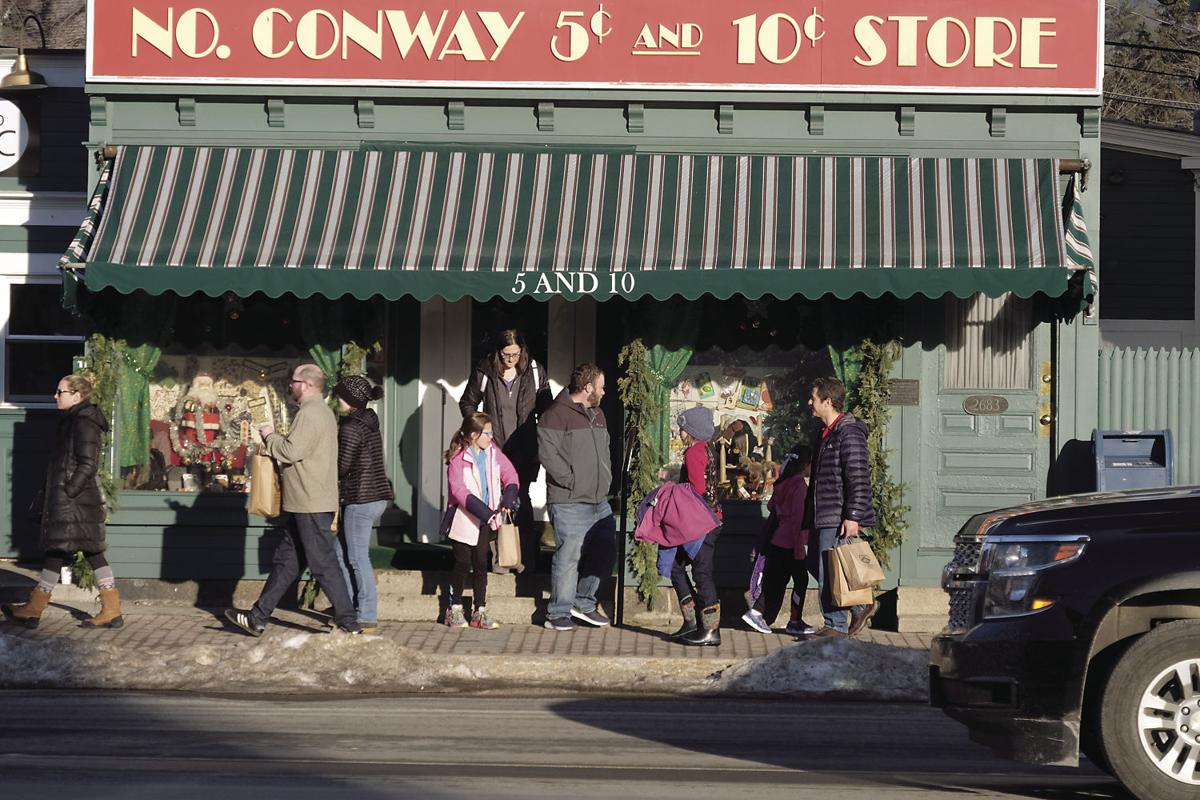 North Conway enjoyed a large influx of visitors for its New Year’s Eve fireworks. Resorts and businesses reported a strong holiday with many people extending their vacations as Christmas and New Year’s fell on a Wednesday. (JAMIE GEMMITI PHOTO)

CONWAY — The consensus among Mount Washington Valley businesses was that it was a successful Christmas and New Year’s Eve holiday, according to an informal survey distributed by the Mt. Washington Valley Chamber of Commerce.

While concern about lack of snow going into the holiday weeks was on the minds of tourism businesses, the snowstorm dumping over a foot of snow right before New Year’s Eve alleviated that concern.

In addition, with Christmas and New Year’s Day falling on a Wednesday this year, visitors to the valley were motivated to extend their holidays to the weekend, staying longer than in past years.

Among those weighing into the survey, chamber members agreed that business was up over last year for the Christmas and New Year’s holidays and days surrounding them.

“Whenever we get a dumping of snow during a holiday period in the winter, we celebrate,” said Janice Crawford, executive director of the Mt. Washington Valley Chamber.

“While Mother Nature delivered an icy mix to much of the rest of New England, we received up to 14 inches of white fluff here in the valley, which attracted outdoor adventurers to the region for New Year’s Eve and an extended weekend afterward,” Crawford said.

The ski resorts, cross-country centers and attractions all responded to the chamber’s survey with enthusiasm for the weekend.

Ellen Chandler, executive director of the Jackson Ski Touring Foundation, told the chamber that the last few days of the holiday weeks “rocked.”

In addition, she explained that while pass sales for Christmas week were down from last year, lessons were up over 2018, despite minimal terrain being open until the New Year’s Eve snowstorm.

Fagone mentioned that the addition of Attitash and Wildcat to Vail's Epic Pass resulted in new skiers coming to the valley.

“It was great to see so many new Epic Pass holders coming out to see and sample the newest offerings on their passes. These pass-holders went from one offering in New Hampshire a year ago to now having four resorts to choose from in New Hampshire, and it seems that they are really enjoying having Attitash and Wildcat on their passes,” said Fagone.

“Additionally, 11-13 inches of new snow, when the rest of the Northeast was getting a wintry mix and ice storms, really kept us going strong on the back end of the week all the way through New Year's Day,” he added.

In addition, Fagone made the point that with how the holidays fell, it really helped people stretch out their vacations, as many of them could have their kids out of school for almost two weeks.

While there is no comparative data for Living Shores Aquarium, the newly opened year-round attraction next to Story Land in Glen, Lauren Hawkins, director of marketing, told the chamber that they saw an surge of visitors during the holiday periods.

“Living Shores saw a strong boost in attendance over the holiday week along with an uptick at our new restaurant Pasta Mia,” said Hawkins.

“The lack of snow and unfavorable weather conditions during Christmas Week benefited Living Shores, it being an indoor attraction," she said.

"The new snow later in the holiday break was a great addition, and it didn’t seem to stop area visitors from getting out of the house during the storm,” she added.

Other retailers mentioned the Christmas and New Year’s holiday resulted in good traffic and better-than-anticipated sales for the holiday weeks.

Laura Lemieux, director of marketing at Settlers Green — the region’s largest outlet mall and restaurant complex — told the chamber, “It was a strong week for everyone here. Lots of shoppers were making the best of gift cards received over the holidays. Overall, the shopping center was up from 5-10 percent over last year with visitors.”

Most of the lodging properties responding to the chamber’s survey were sold out for all or part of the Christmas week and New Year’s Eve holiday.

“The weekend between Christmas and New Year’s was extremely busy, and we were completely full. We were full again for New Year's Eve and then almost everyone went home on New Year's Day,” said Charlie Mallar, co-owner of the 1785 Inn.

Christopher Bellis, co-owner of the Cranmore Inn, reported an increase in occupancy and revenues over last year’s holiday weeks.

“At the Cranmore Inn, we were up 12.6 percent in revenue for the seven days following Christmas compared to the same week last year, and 13.6 percent up in occupancy this year compared to last year. Revenues for the week following New Year's are also up 10.8 percent with occupancy up by 3 percent,” he said.

Jen Kovach, co-owner of the Snowvillage Inn, reported the inn’s occupancy was even with last year’s, given guests staying to attend the Jonathan Edwards concert at Stone Mountain Arts Center plus enjoying the area.

The inn’s restaurant, Max’s Restaurant and Pub, was sold out for both Christmas and New Year’s Eve dinners.

Overall, everyone who responded to the chamber’s survey is enthusiastic and optimistic about the rest of the winter. “Cross-country skiing is on the rise,” said Chandler.

“People are realizing that cross-country skiing is not as strenuous as it was made out to be; that you can ski and talk with friends and/or your children. And kids really like cross-country skiing; they like the liberating feeling of being able to move freely,” Chandler went on to explain.

“We hope to see additional snowstorms to keep people excited,” said Fagone, when asked about his prediction for the rest of the ski season.

“For now, conditions are phenomenal, and snowmaking is going strong to continue to allow us to open terrain.

"We also think that we'll see more and more Epic Pass holders coming to the region as we head into the spring, especially for those pass holders looking to extend their seasons at Wildcat,” he added.

To plan a winter vacation to the Mount Washington Valley,go to mtwashingtonvalley.org or call the chamber at (800) 367-3364 (800-DO-SEE-NH). For information on visiting New Hampshire this winter, go to visitnh.gov.

Marti Mayne is publicity director for the Mt. Washington Chamber of Commerce.