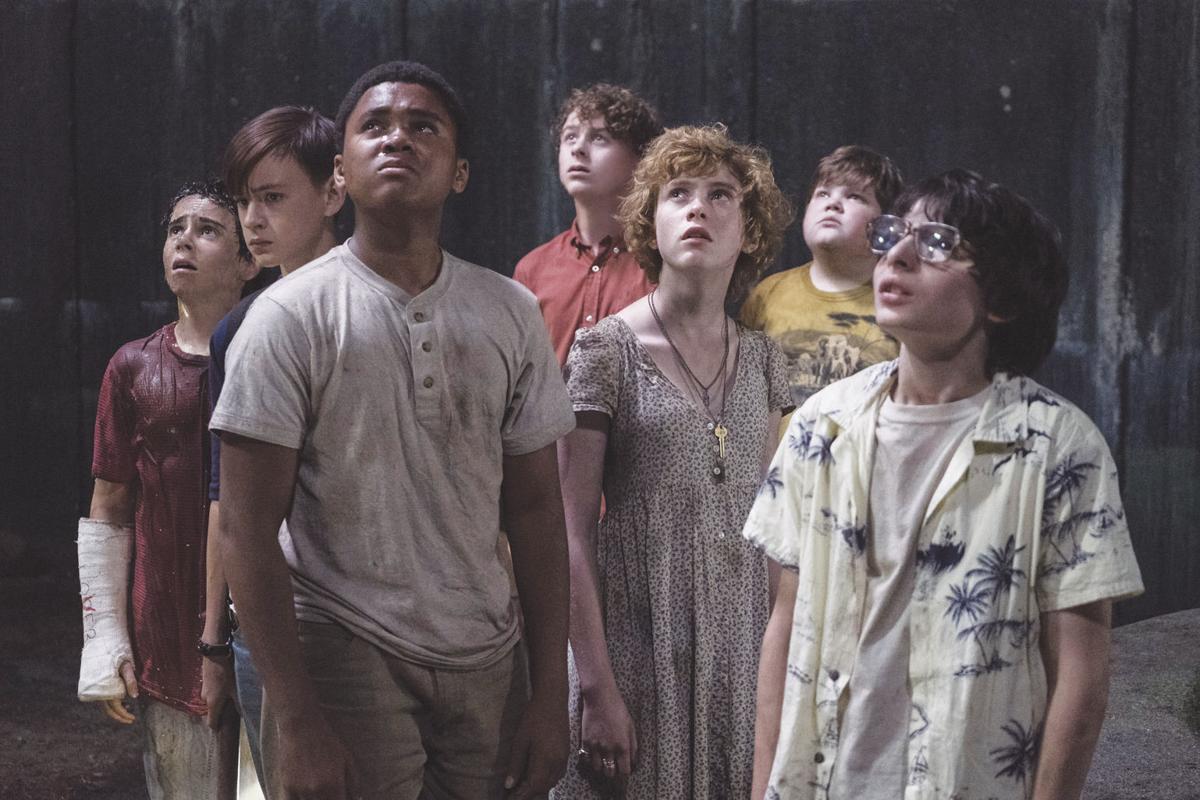 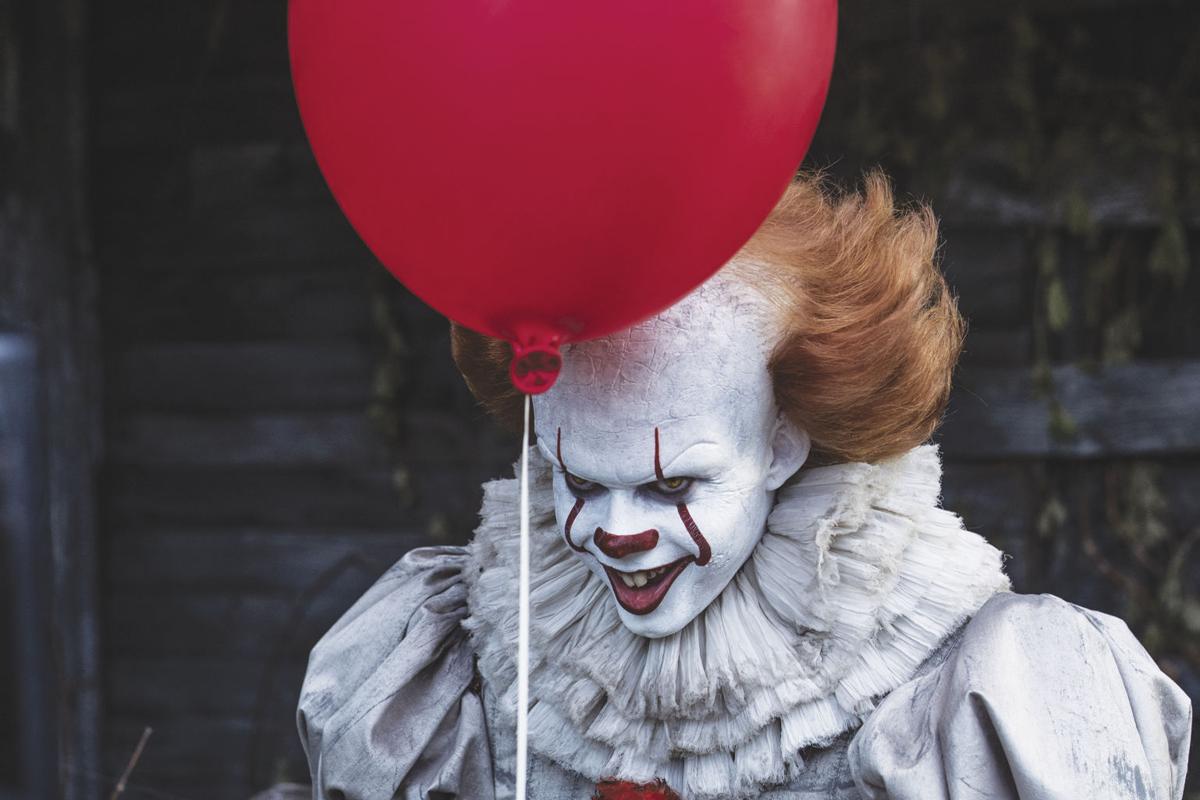 “It,” Stephen King’s novel about a shape-shifting entity that feeds on children and takes the preferred form of Pennywise the Dancing Clown, successfully makes the leap to the big screen, following a TV miniseries adaptation in 1990.

Let’s address the elephant in the room. Is Bill Skarsgard a worthy successor to Tim Curry, who famously played Pennywise in the 1990 miniseries? Absolutely. If he is better is open to debate, and is a matter of personal taste.

Curry was easily the best thing about the miniseries and the source of its pop culture impact, but the material surrounding Curry was limited by the budget and rating restraints of early 1990s network television.

While Curry was creepy in the role, he also brought a mischievous comic energy to Pennywise. Skarsgard’s Pennywise, from his sinister Cheshire cat grin, haunting eyes and off-putting voice, is not played for laughs.

From his first moment, the iconic storm drain scene in which Pennywise lures a boy named Georgie (Jackson Robert Scott) to his death, Skarsgard creates a nightmarish character. With little dialogue, Skarsgard creates a feeling of unease through a look and the way he moves. Director Andy Muschietti wisely limits Pennywise’s screen time, but his presence is felt throughout.

King’s sprawling 1,138-page novel, first published in 1986, was full of completely bonkers ideas that would make adapting it seem just about impossible. The screenplay by Chase Palmer, Cary Fukunaga and Gary Dauberman wisely removes some of the more outlandish concepts — such as It’s true origins — and streamlines the story.

The novel features two intertwined timelines. In the 1950s (the film updates it to the 1980s), the self-described Losers' Club, a group of seven pre-teen outcasts in a small Maine town defeat Pennywise and make a pact to come together again if It ever comes back. Twenty-seven years later, Pennywise returns and the Losers' Club unites to face the malevolent embodiment of all their fears.

As with the miniseries, this new “It” splits the story into two parts with this first installment focusing solely on the children. The miniseries sets up the scenes with the children via flashbacks. The film foregoes this approach.

Muschietti finds the right tone hitting similar beats as Rob Reiner’s “Stand By Me,” which was based on King’s story “The Body.”

The talented young cast includes Jaeden Lieberher as Bill, who is dealing with the death of his brother Georgie; Finn Wolfhard as the trash-talking Richie; Sophia Lillis as Beverly who lives with her abusive father (Stephen Bogaert); Jeremy Ray Taylor is overweight new kid Ben; Jack Dylan Grazer as hypochondriac Eddie; Chosen Jacobs as Mike, the only black kid in town who lost his parents in a fire; and Wyatt Oleff as the Jewish Stanley.

There are perhaps one too many characters — Stanley is ill-defined and adds little to the film — but there isn’t a bad actor in the bunch. The sense of camaraderie between these kids is 100 percent believable and feels natural and unforced. As good as the horror elements of the film are — and there are several genuine scares and a pervasive atmosphere of dread — the scenes of them together are the best thing about “It.” They act and talk like real kids.

Lillis’ performance is a highlight. She delicately displays the pain she faces from her domestic life and the slut shaming she receives from both peers and adults. Without a word, you know she feels safe with the Loser. It is the only time she is able to be a carefree kid.

Lieberher gives an equally strong performance. Saddled with a stutter that doesn’t become a distracting gimmick, Lieberher makes Bill sympathetic and his struggle with the loss of his brother sincere.

Wolfhard, who is in the similarly themed “Stranger Things,” provides much needed comic relief as the sort of motormouth kid who constantly makes inappropriate jokes. He gets the film’s best, and most tension-breaking laugh during the final confrontation with Pennywise.

Outside of the supernatural horror, these kids are facing real-world issues, too, that are in many respects more horrific than the demon tormenting them. The scenes between Beverly and her father are quietly unsettling. There is also a sociopathic bully (Nicholas Hamilton) who torments the Losers in deeply disturbing ways.

Pennywise exploits these real world fears and exaggerates them. He takes the form of a leper to torment the germaphobe Eddie, and re-creates the fire that killed Mike’s parents. This makes “It” a story of facing one’s fears. These coming-of-age elements help to raise the film above a more generic horror film.

“It” takes liberties with the source material, but Muschietti and his screenwriters know that choices need to be made when adapting a book. Even if certain story elements differ, as long as the essence of the book remains, that’s what counts. This is certainly true of “It,” which is among the best King film adaptations.