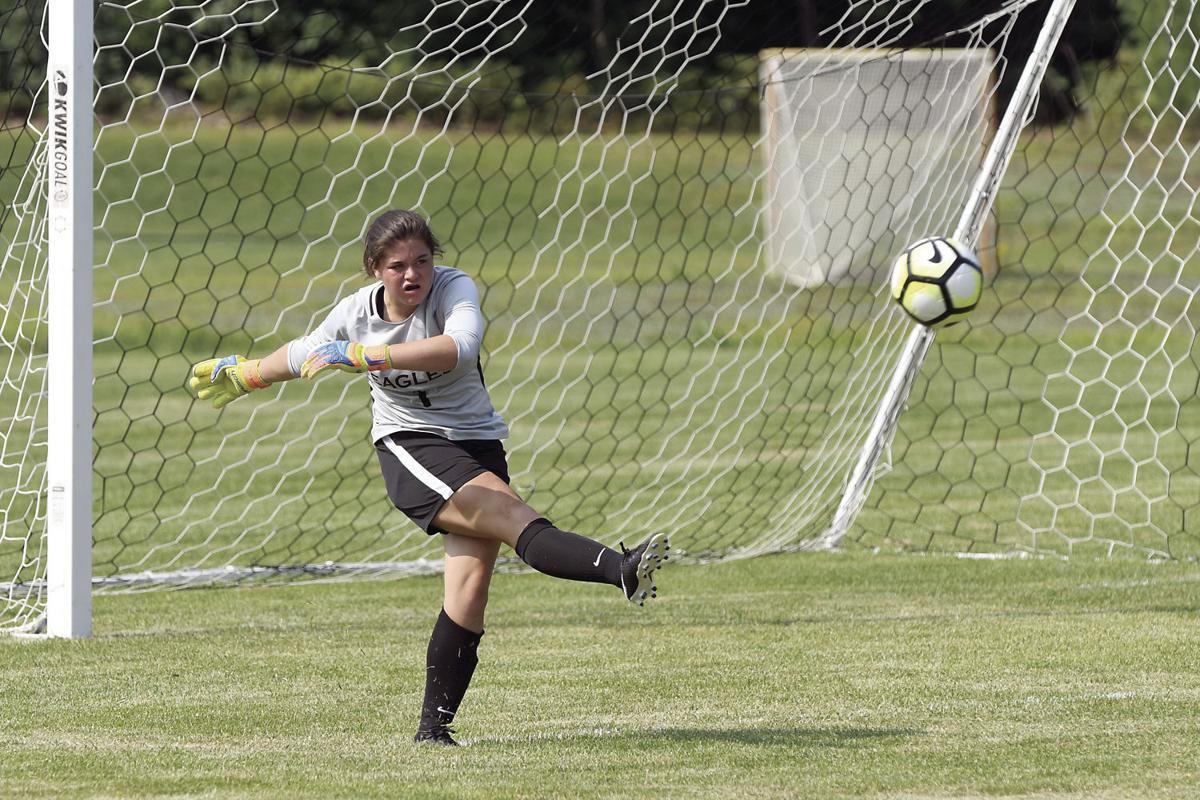 During her sophomore year at Kennett High, Sylvie Brustin boots the ball up the soccer field for the Eagles. (LLOYD JONES PHOTO) 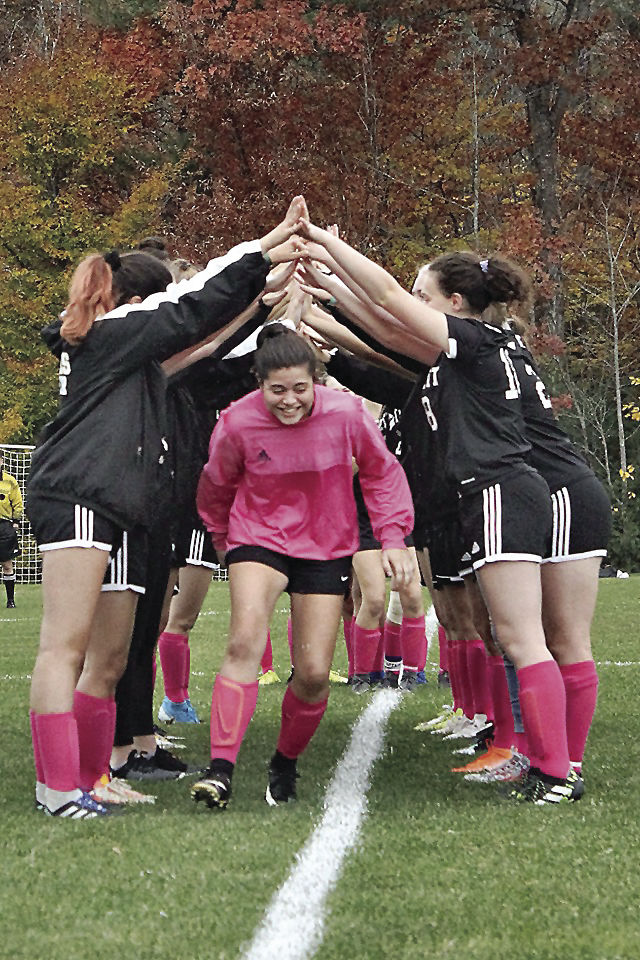 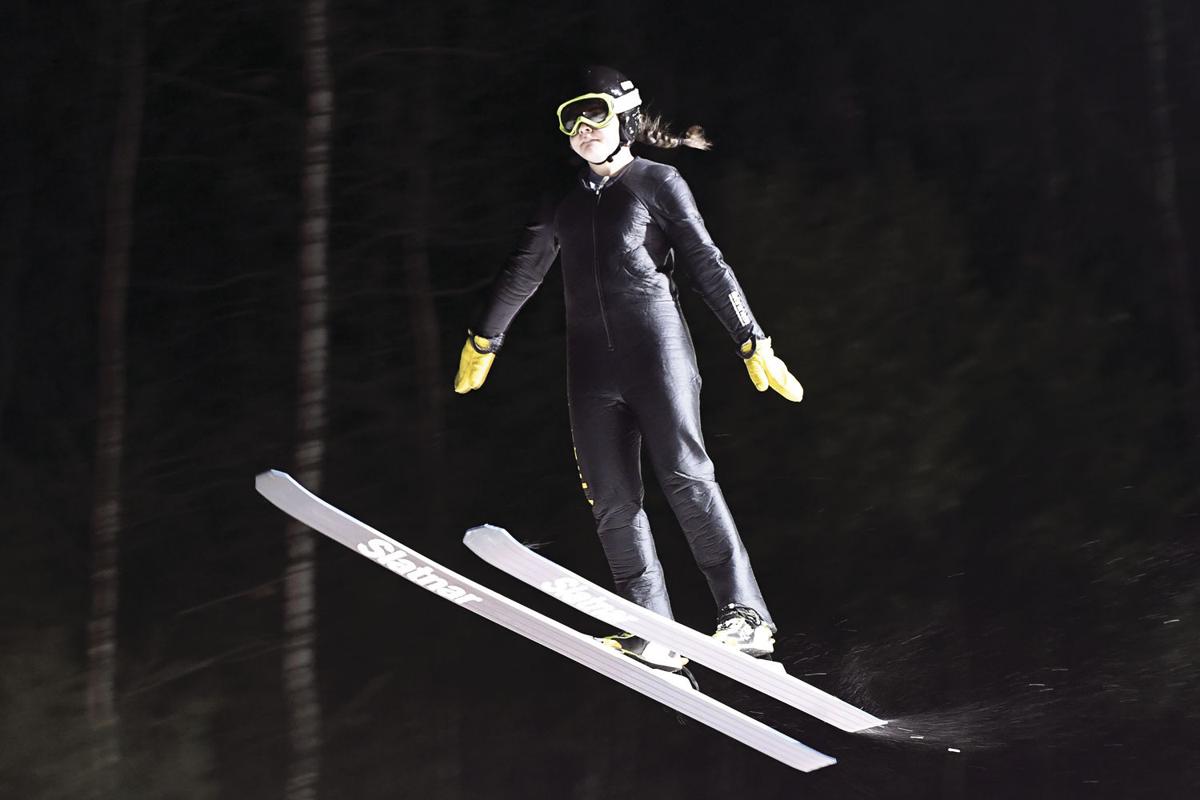 Kennett senior Sylvie Brustin gets some serious air off the ski jump on her third jump during the team's lone home meet on the Kanc. on Jan. 24. (JAMIE GEMMITI PHOTO) 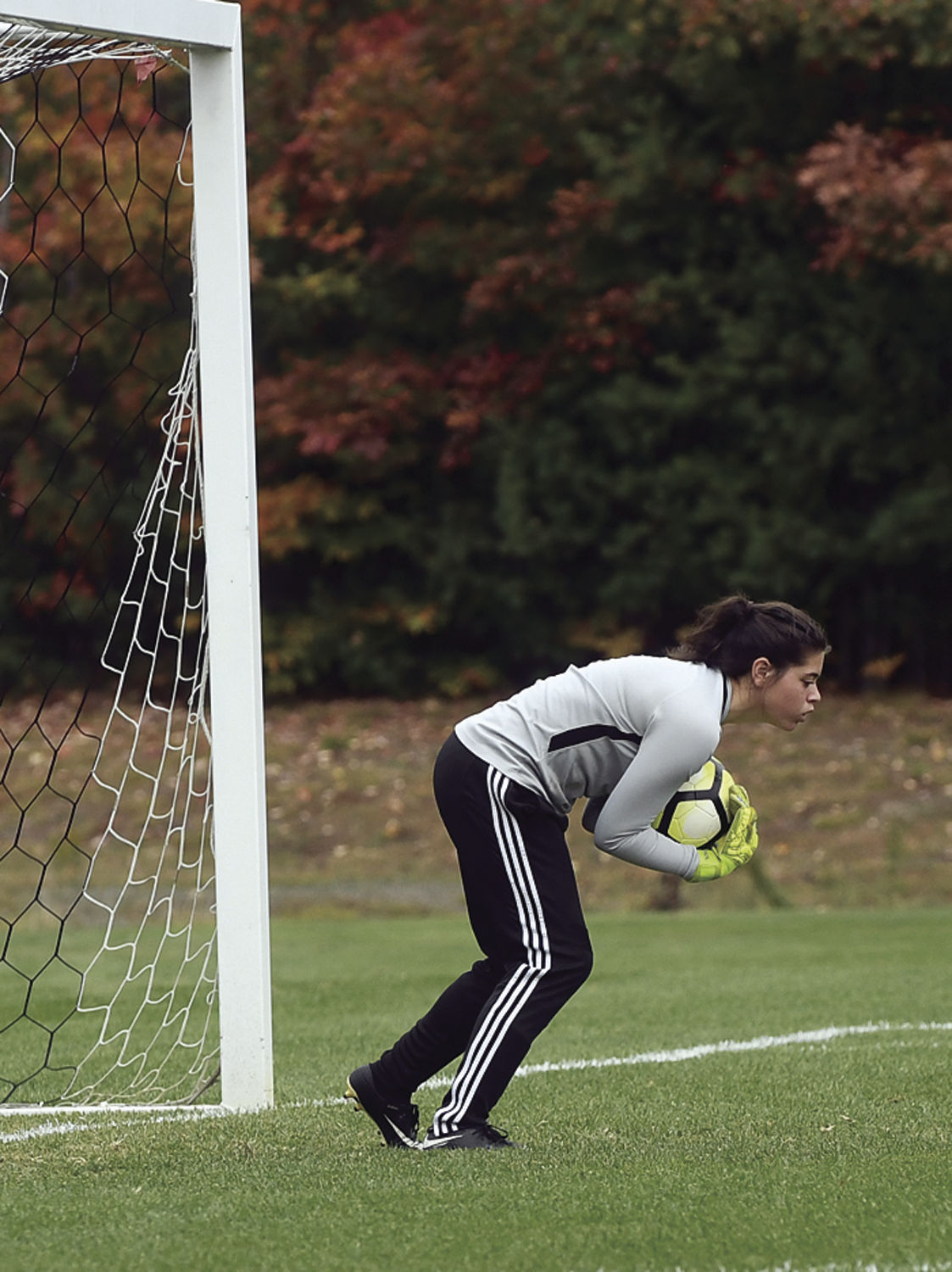 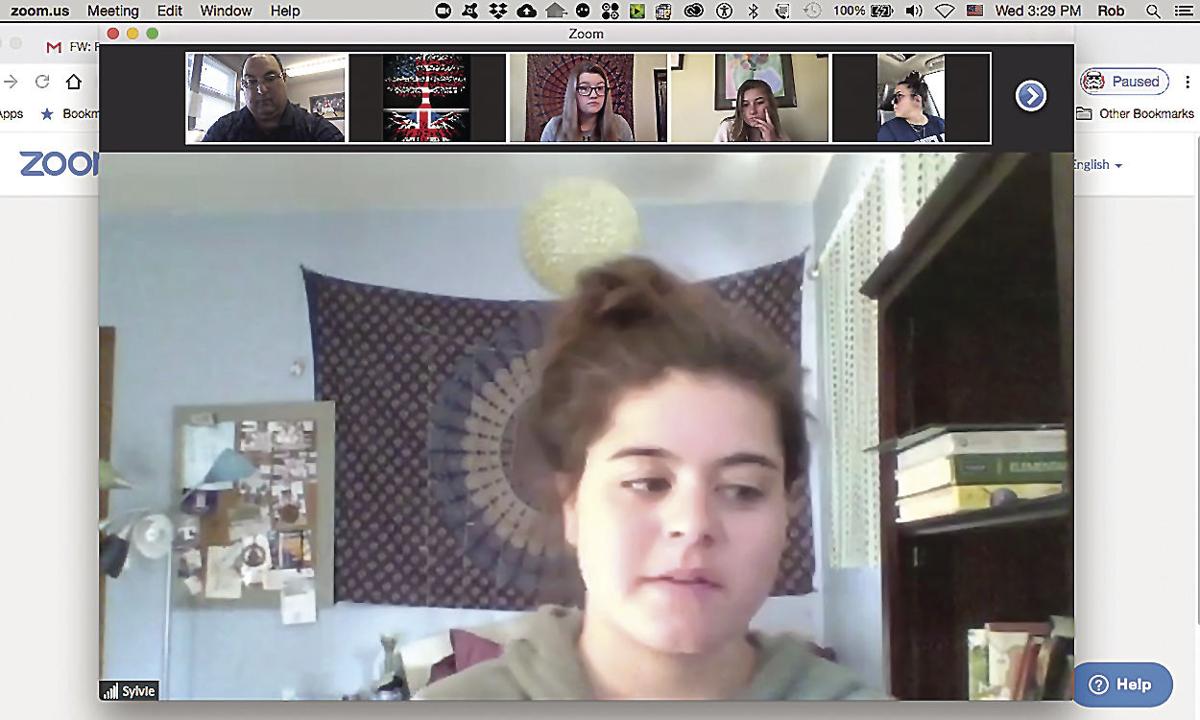 Sylvie Brustin, who lives in Kearsarge, took part in a Zoom interview on April 29 with nine other Kennett High student athletes who plan to play sports in college. (LLOYD JONES PHOTO)

During her sophomore year at Kennett High, Sylvie Brustin boots the ball up the soccer field for the Eagles. (LLOYD JONES PHOTO)

Kennett senior Sylvie Brustin gets some serious air off the ski jump on her third jump during the team's lone home meet on the Kanc. on Jan. 24. (JAMIE GEMMITI PHOTO)

Sylvie Brustin, who lives in Kearsarge, took part in a Zoom interview on April 29 with nine other Kennett High student athletes who plan to play sports in college. (LLOYD JONES PHOTO)

(Editor’s note: Kennett High seniors Sylvie Brustin, Santiago Ciro, Liz Cote Eva Drummond, Riley Fletcher, Hannah Frittenburg, Sophie Killeen, Trevor LaRusso, Natalie Shaw and Zach Smith, who all plan to play sports in college, recently took part in a Zoom chat in which they talked about what led to their decisions and they also offer advice to other student-athletes who might aspire to play in college. The Sun will be highlighting these Eagles over the next few weeks.).

A four-year starter in goal for the Kennett High girls’ soccer team, Sylvie Brustin will continue her playing days on the collegiate level this fall when she heads to Endicott College in Beverly, Mass. A fearless competitor, Sylvie loves the challenge of keeping a clean sheet for the Eagles and leaves Kennett as its all-time saves leader.

That fearlessness led Sylvie to try and excel at ski jumping. She placed sixth in the state for girls at the championships in February.

Sylvie was looking forward to capping her high school career on the tennis courts this spring for the Eagles but sadly it wasn’t to be due to COVID-19. She is eager for the next chapter in her academic and athletic career, which is now just a few short months away.

• Can you tell us what led you to your college choice?

“I had been going through the recruiting process not totally sure whether or not I wanted to play soccer or not. I decided that I should look at schools that I could play soccer at and still enjoy the school without soccer, just in case I changed my mind. My final three colleges were Clark University, Roger Williams and Endicott. I had gone to Endicott a couple of times, once for a soccer clinic where I really got to know the coaches and their coaching style and go on a tour of the school. I loved it and I felt like it was the right fit for me, so I chose Endicott.”

• When did you know you wanted to play beyond high school?

“I think it was after my senior soccer season was over. I wasn't quite ready to give up the soccer yet.

“I think the biggest adjustment will be from playing every second of every game to being on the bench for a little while. They have three other keepers older than me on the team already so I won't get the amount of playing time I'm used too, which might not be a bad thing because it takes a whole lot of pressure off of me.”

• Given the current climate with the COVID-19 virus, what are your coaches telling you about college this fall? Will there be soccer and field hockey?

“My coaches are saying we are still on for the fall session. The school recently sent out an email saying the school will go on as usual, which is very good news.”

• Can you imagine playing without any spectators?

“I can. I do think it will be pretty weird, but, with spectators or without, I hope we still get to play.”

• If you could have played any other sport at Kennett, what would you have chosen?

“I played soccer, ski jumping and tennis in high school and if I could have played a different sport I probably would have gone with track, specifically sprinting. Despite my position on the soccer field I have always been a really fast runner.”

• What advice would you give to other Eagles who may want to play a sport in college?

“I would say work hard if you want it. You have to work hard not only on the field but in the classroom. And, reach out to coaches no matter the school. If you show them interest, they will show you interest as well.”

• Do you have a favorite moment in your high school sports career?

“I would say my favorite moment in high school sports was beating Plymouth during my junior year. I think it was the most exciting game I have ever played in. We came together and worked really hard to beat them. Our team was never the best team, but there were certain games that actually felt like it was our game. Plymouth has always been a tough team to beat but that whole game we were ready to win.”

• Can any of you envision one day wanting to coach?

“I do think it would be pretty cool to coach. I would say if I could coach, I would in a small town like this because I never really had an actual goalie coach until my junior year of high school and I believe it would have helped early on to have one.”

• What are you missing the most during remote learning?

“I miss seeing my friends every day.”