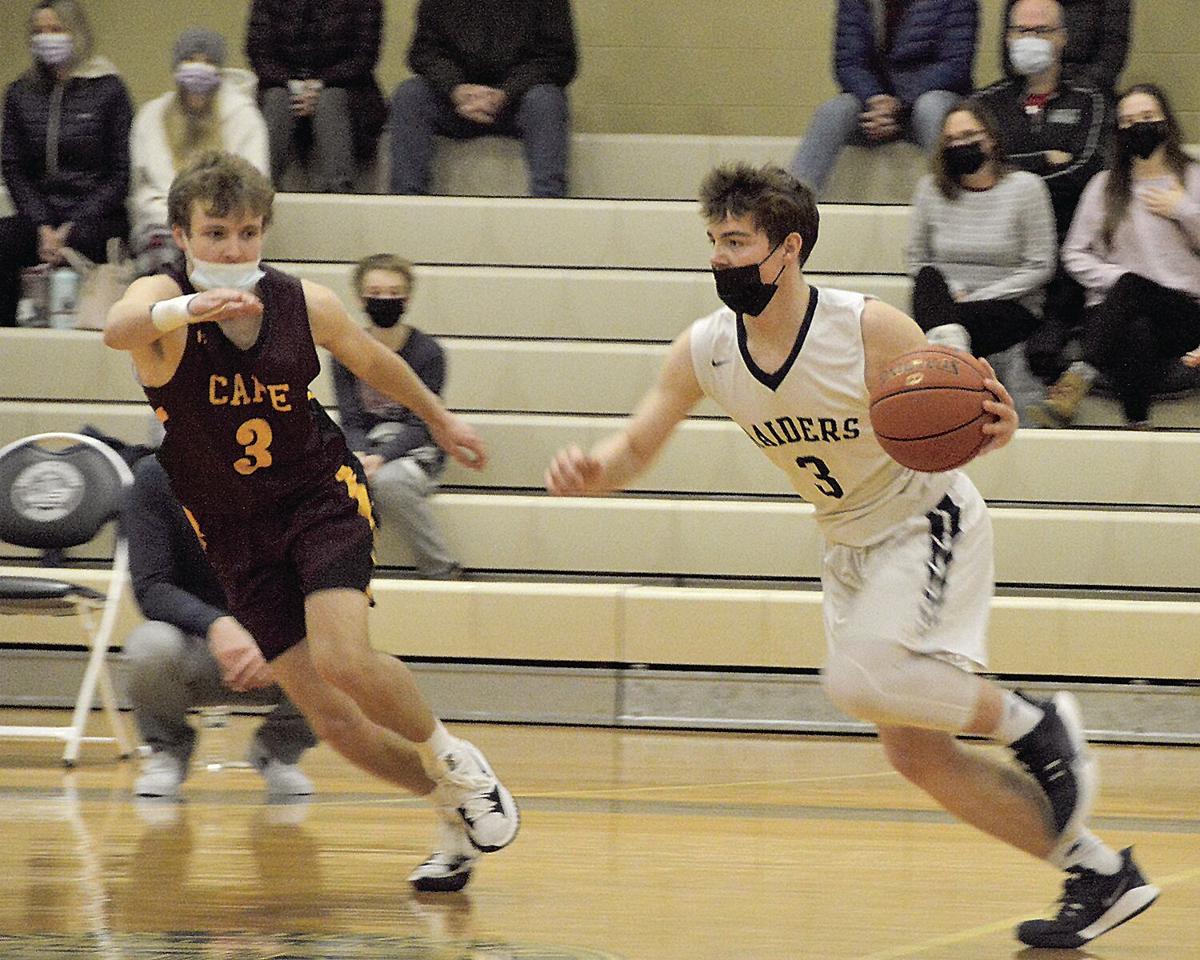 Sophomore Gunnar Saunders scored nine of his 12 points in the fourth quarter including the game-winning basket in a thrilling 54-52 victory over Cape Elizabeth on Saturday. (LAKYN OSGOOD PHOTO) 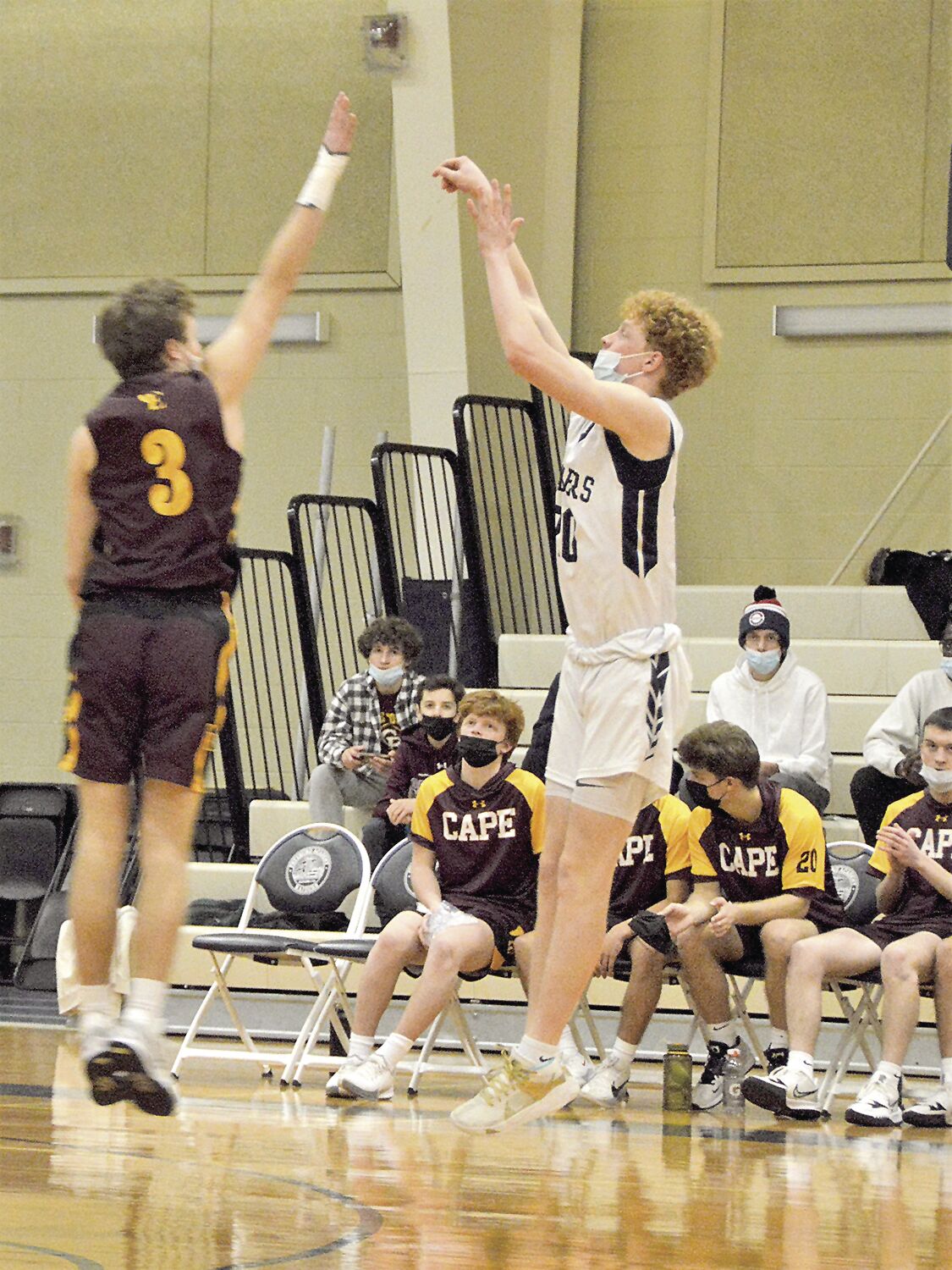 Sophomore Gunnar Saunders scored nine of his 12 points in the fourth quarter including the game-winning basket in a thrilling 54-52 victory over Cape Elizabeth on Saturday. (LAKYN OSGOOD PHOTO)

Coach Daniel Thomas’ troops used pressure defense and played with great determination to net the win which lifts the Raiders to 2-5 on the season, while Cape fell to 4-5.

The victory comes on the heels of a 54-32 loss on the road against top-ranked Yarmouth (6-0) on Thursday night.

On Saturday, Wadsworth Arena was rocking as the Raiders gave their fans plenty to cheer about, especially after getting off to a slow start. Fryeburg was down by 13 at the end of one quarter but trimmed the deficit to just three at the break. The two teams played back and forth basketball in the third with Cape still up going into the final quarter. You could see, however, that FA’s team defense was beginning to unnerve the Capers. Bryce Richardson and Bobby Hallam kept the pressure on Cape completely stealing their will to win.

The Raiders began to work their way towards the win behind sophomore Gunnar Saunders who scored nine of his 12 points in the fourth frame.

With 30 seconds remaining Jordan Zerner fed Saunders for the basket that gave Fryeburg the lead, and the determined Raiders held on for the win. Will Hallam was a presence all night ending with an impressive 18 points. Will has been a shot-blocker by using his height with hands straight up until now, however, he is developing the skill of timing his blocks coming across the lane to reject opponents threatening to score.

At Yarmouth, the Clippers outscored the boys from Fryeburg in every quarter to pull away for the 20-point victory. Yarmouth led 12-9 after the first quarter; 27-17 at halftime; and 43-28 after three frames.

In this ever-schedule-changing season, the Clippers seem to have found a comfy grove and continue to impress. Peter Psyegos poured in a game-high 18 points for the victors.

It’s rivalry week for the Raiders, who are scheduled to host Lake Region (5-4) on Tuesday at 7 p.m.

The Lakers are currently mired in a three-game losing skid, including a 69-57 setback at home in Naples, Maine, to Gray-New Gloucester (5-3) on Saturday.

Fryeburg is slated to close out the week traveling to Poland, Maine, to play the Poland Knights (3-4) on Friday at 6:30 p.m.