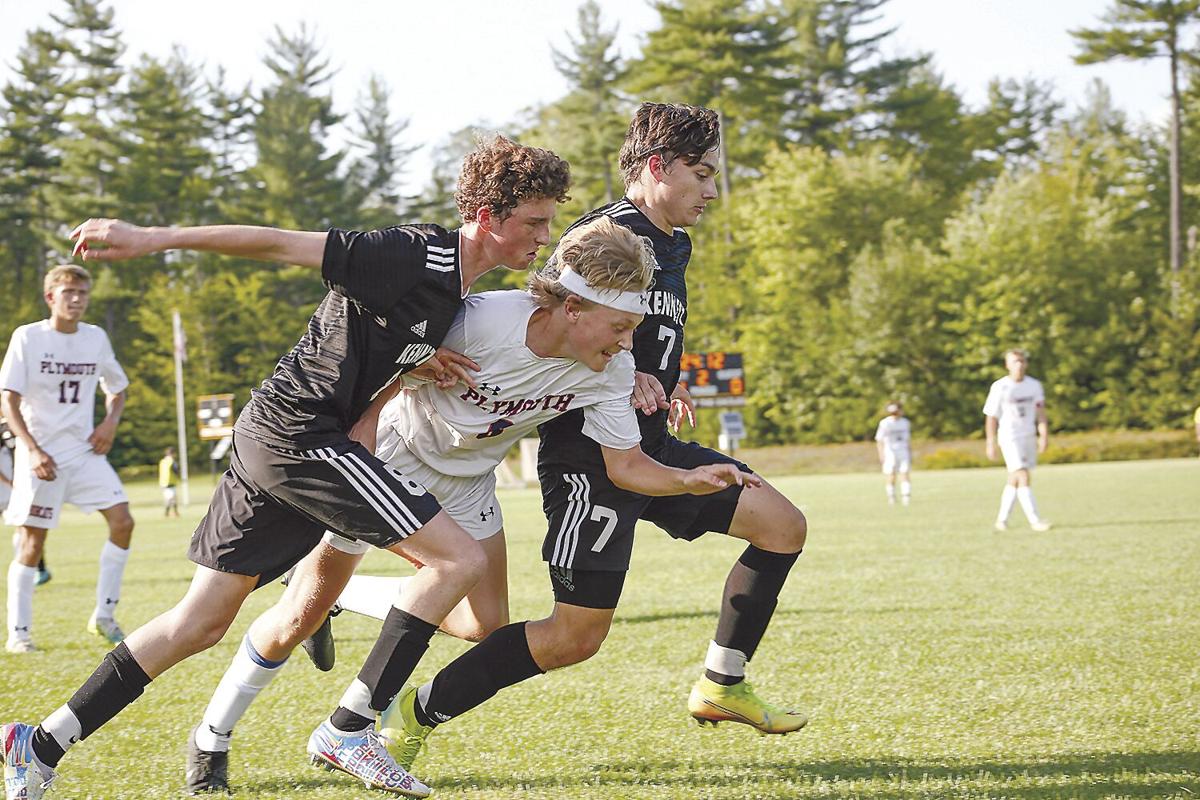 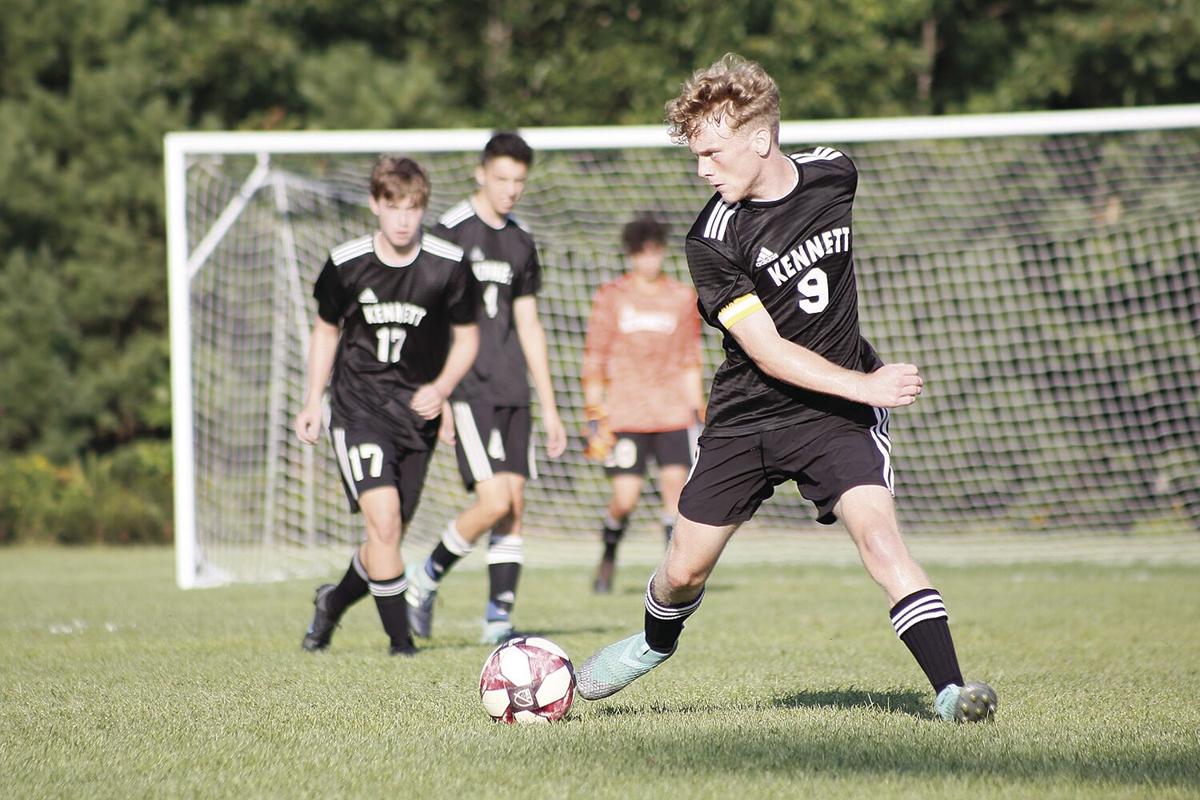 Senior Ethan Clay-Storm looks for an opening to pass at the physical boys soccer between Kennett and Plymouth on Tuesday. (RACHEL SHARPLES PHOTO)

Senior Ethan Clay-Storm looks for an opening to pass at the physical boys soccer between Kennett and Plymouth on Tuesday. (RACHEL SHARPLES PHOTO)

“This one meant a lot,” Coach Camden Clark said. “Back when I was in high school, we never beat Plymouth. We either tied or lost. It was special for the program and these guys. I couldn’t have been happier with how we played.”

He added: “It was unbelievable. The boys played out of their minds. I wish the match had been recorded because this one I’d love to watch over and over. We played so well in all aspects of the game. The boys moved the ball really well, and when we got scoring opportunities, we capitalized on them.”

The win lifted KHS to 1-1 on the young campaign. The Eagles fell 1-0 in their season-opener at home to ConVal last Friday. The Cougars were on the short end of a 5-0 scoreline at Bow (2-0) on Tuesday.

Plymouth, which opened its season on Friday with a 3-2 win at Coe-Brown (1-1) in Northwood, also sits at 1-1 in the division.

The visiting Bobcats pressured Kennett early but the hometown flock weathered the storm and slowly took control in the midfield.

The Eagles got all the offense they needed when senior tri-captain Ethan Clay-Storm opened his 2021 scoring account with a goal. KHS carried that 1-0 advantage into the break.

“The first five or 10 minutes after halftime, Plymouth came out really strong as I knew they would,” said Clark.

KHS doubled its lead midway through the second stanza on a strike from Montkowski to make it 2-0.

Fellow senior Ansel Barclay found the back of the old onion bag three minutes from time to close out the scoring and seal the win.

While there were plenty of candidates for man of the match, Clark said one performance stood out just a hair above the rest.

“(Sophomore) Jackson Burke was our man of the match,” he said. “I had him play left-back and he played unbelievably — he did everything I asked him to. A lot of guys could have earned man-of-the-match honors but Jackson is my choice. I think he may have found his new calling at left-back.”

Junior Aiden Colbath picked up the shutout in goal for Kennett.

The Eagles are scheduled to close out the week with a trip to Kingston to play the Sanborn Indians (0-1) on Thursday at 4 p.m.

Down on the farm, the KHS reserves fell 5-2 to the Bobcats Tuesday. Trystin Jones, a freshman, scored one of the goals and the other came off a scramble in front of the net.