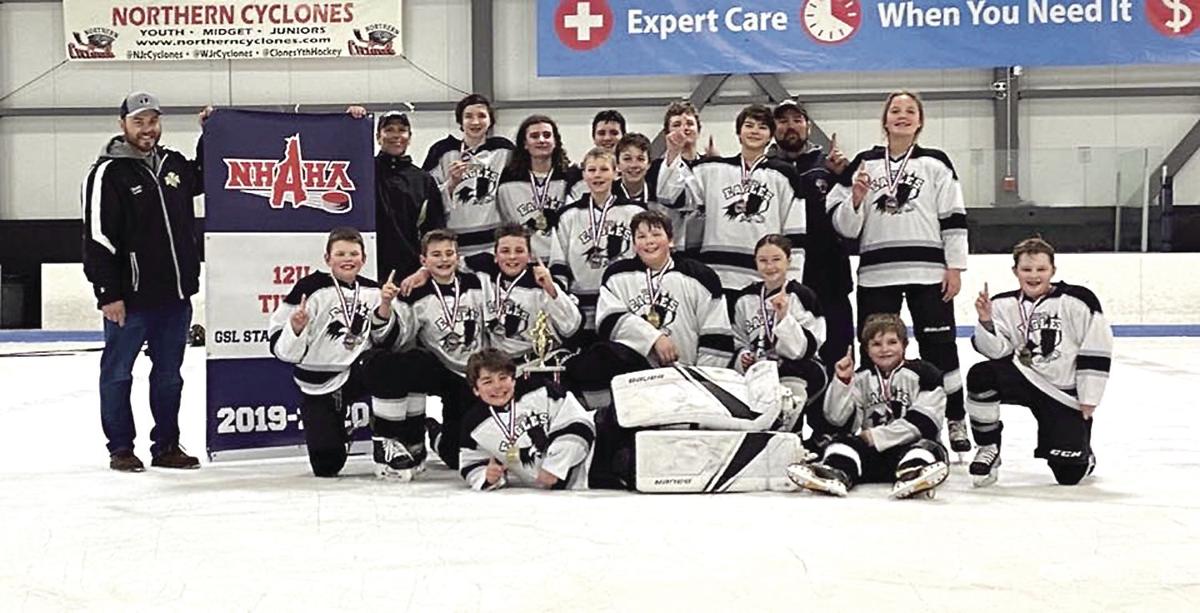 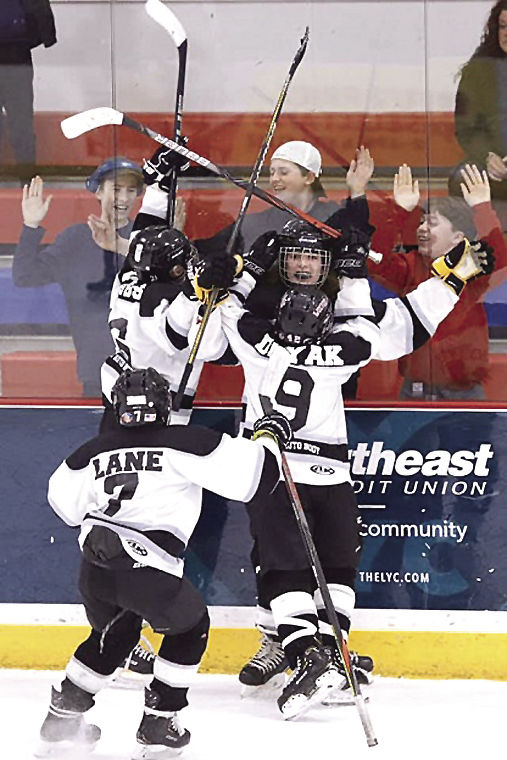 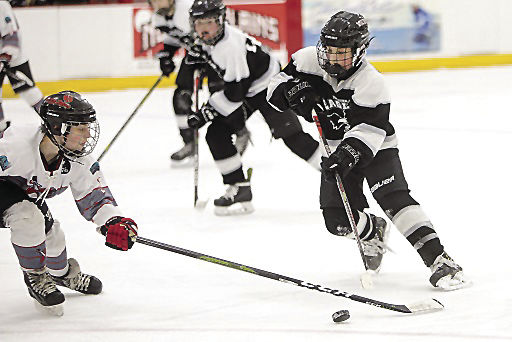 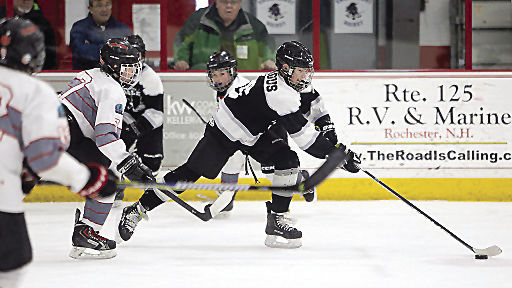 Rich Vargus battles for a puck in the Seacoast Tournament. (KEVIN MURPHY PHOTO) 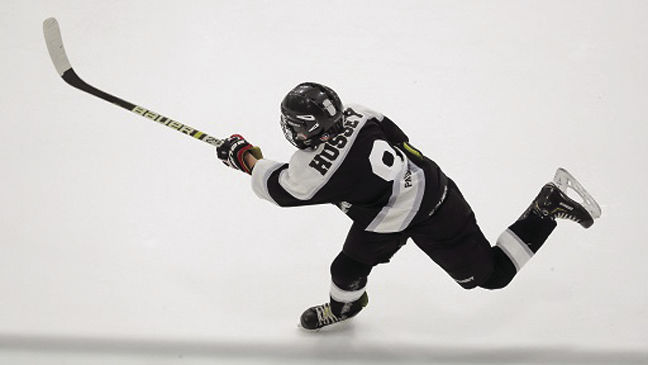 Rich Vargus battles for a puck in the Seacoast Tournament. (KEVIN MURPHY PHOTO)

The Eagles entered the tournament as the No. 2 seed in the state (Kearsarge was No. 1, followed by MWV, Manchester, the Northern Cyclones, Back Bay and Oyster River). MWV posted an impressive regular-season record of 17-3-2.

The Eagles opened the tournament Friday night with a matchup against Carroll County rival Back Bay. The first two periods were a defensive struggle with neither team finding much room to move. David Silvia and Sawyer Hussey anchored the blue line for the Eagles playing shutdown defense in front of first-year goalie Tanner Smith.

With the game still scoreless in the third period, the Eagles went on the power-play. Noah Deyak ripped a shot glove-side from the slot to give MWV the first lead of the game. Moments later, on another power-play, Rich Vargus found himself open in the slot and he fired one home to make it 2-0. That was all Smith needed in net as he made nine saves to earn the shutout win 2-0.

On Saturday the MWV matched up against the hosts, the Northern Cyclones. Once again the Eagles found themselves in a defensive battle. Owen Zipf, Seamus Coleman, Greyson Witchley and Carlin Galligan were solid on the blue line, limiting the high-powered Cyclones offense to few chances.

In the second period, the Eagles got rolling in the offensive end. Vargus picked up a puck on the half wall and cut to the net. He slid it five-hole past the Cyclones’ goalie to make it 1-0. Just a few minutes later, Spencer Glackin took a shot that was stopped, however, Brady Parsons picked up the rebound, calmly made a move and stuffed the puck home to make it 2-0.

Shortly after the Eagles took a 2-0 lead, Smith made the save of the tournament. Down and out with a Cyclones player starring at an empty net, he sprawled out and gloved a shot just before it crossed the goal line to keep the game 2-0.

The Eagles got key play from Owen Dumas, Emma Dziedzic and Izzy Frechette to keep the game 2-0 late into the third. Nolan Proulx was outstanding defensively, making many key defensive plays, helping to lead the Eagles to a 2-0 win.

With the win, the MWV advanced to Sunday morning’s semifinals and a matchup with the top seed, Kearsarge. The two teams played the game of the tournament, with physical play up and down the ice.

Late in the first period, Austin Silvia picked up a rebound and slid it home to make it 1-0 Eagles. Early in the second period, Kearsarge tied the game 1-1 and it remained that way until late in the third period. With just 5 minutes to play, Austin Silvia won a face-off to Aiden Lane. Lane slid a pass to Hussey at the point. Hussey fired the shot through a screen, set by Glackin, into the back of the net to make it 2-1 Eagles.

Down the stretch, Hussey and David Silvia shut down the Kearsarge offensive zone with fantastic defensive play. The few shots that reached Smith, he gobbled up, securing a 2-1 win and a trip to the state championship game later that afternoon.

In the championship game, MWV faced Back Bay in a rematch of Friday night’s game. In the first period, the Eagles struck when Deyak gloved down a clearing attempt, skated in and ripped a shot over the Back Bay goalie’s glove to make it 1-0.

Late in the second period, Deyak scored again, this time on a breakaway to give the Eagles a 2-1 lead. Just 2 minutes later Austin Silvia was sent in on a breakaway on a pass from his brother David. He beat the goalie blocker side for a shorthanded goal and a 3-1 lead.

Midway through the third period, Vargus stuck with a great individual effort, wrapping one in from behind the goal line to give the Eagles a 4-1 lead. From there MWV played shutdown defense on route to the 4-1 win and the Granite State title.

The Eagles were coached by Michael Lane, Rich Vargus and Brett Coleman.