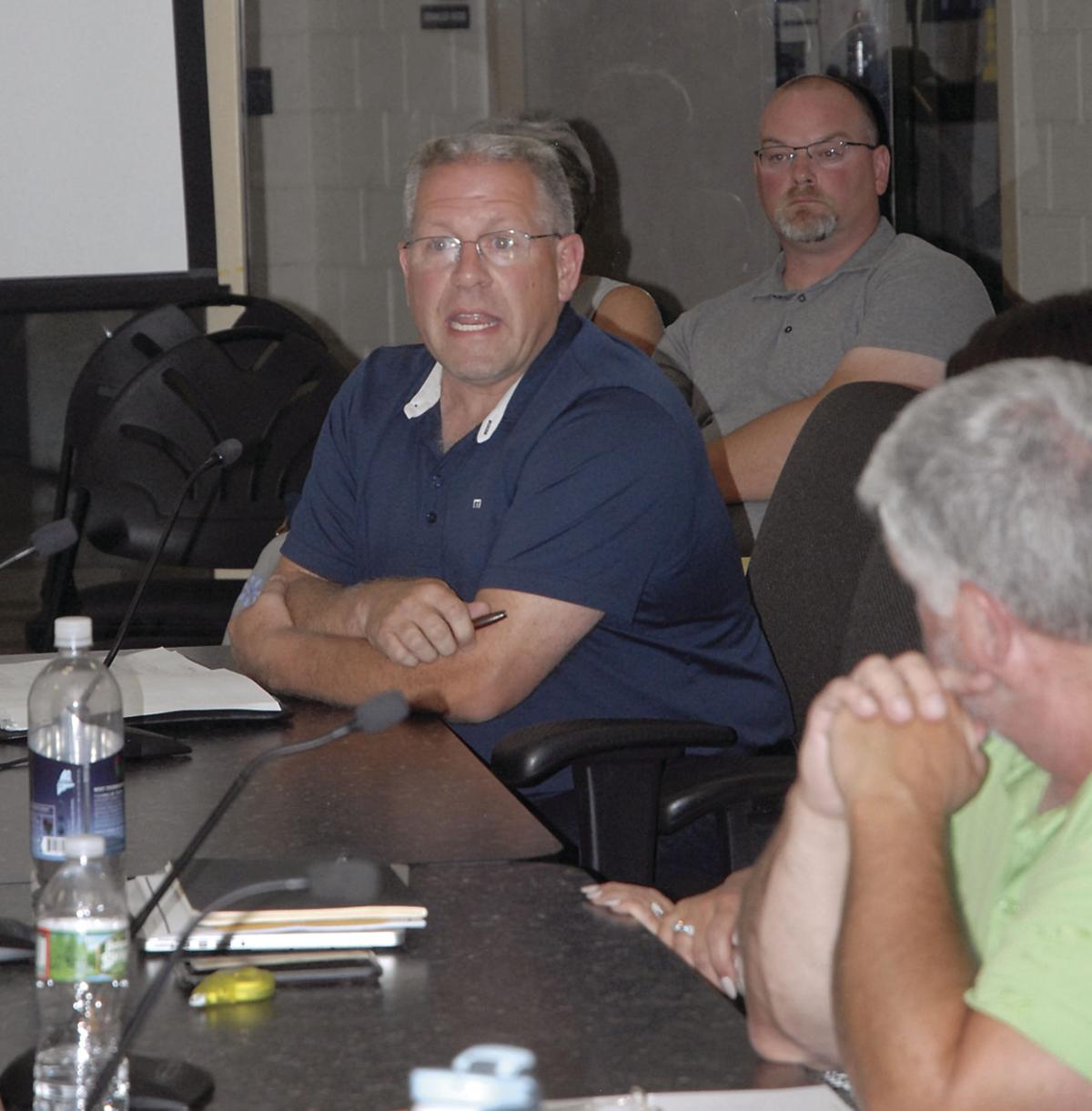 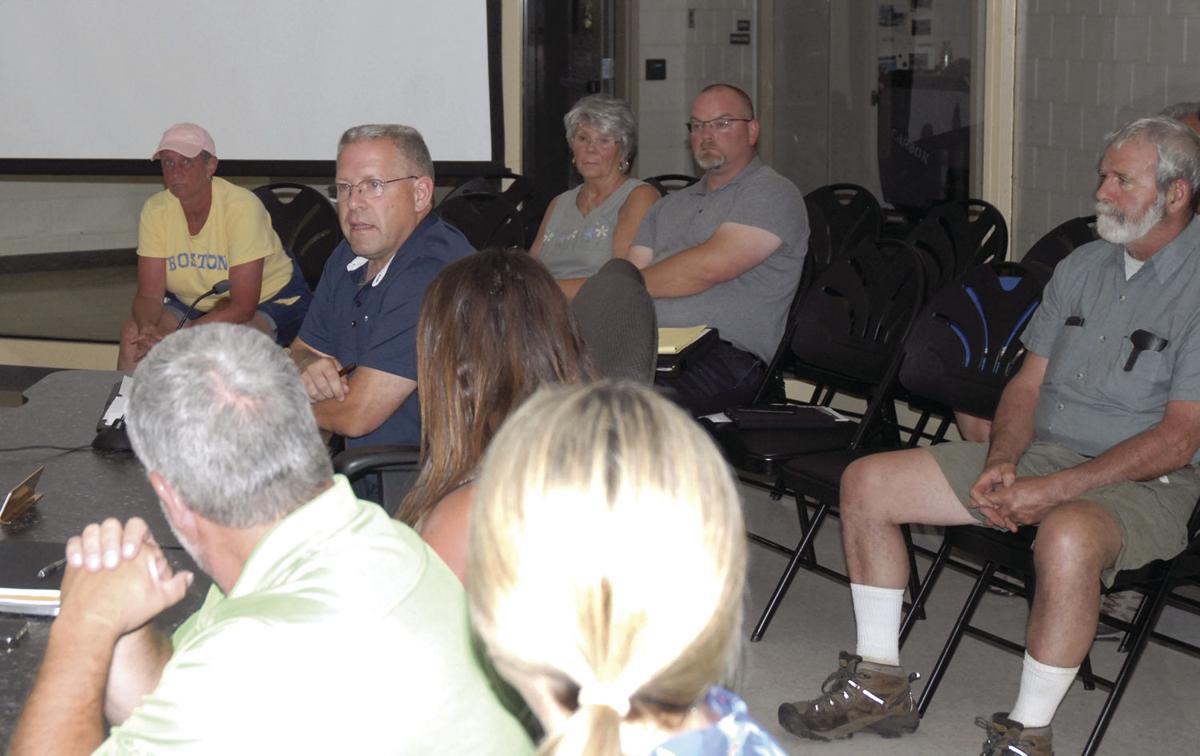 CONWAY — Would the Conway School Board consider hiring a private manager for the food service program and retaining its 12 employees rather than going entirely the private route?

That’s the alternative AFSCME Council 93 Regional Coordinator Steve Lyons is proposing in order to save the jobs of his union members.

The board voted not to renew the 12 employees' contracts and to authorize School Superintendent Kevin Richard to enter into negotiations with Cafe Service’s Fresh Picks, a Manchester-based food service provider, at its July 9 meeting.

In addition, Food Service Director Brian Coffey did not have his contract renewed in April after three years at the helm.

The former employees were extended health benefits for July and August at a total cost of $20,000 to the district.

“You haven’t signed on the dotted line and you can change course,” Lyons said told the board at the July 9 meeting. “We would implore you to look at those resources and alternatives because it’s important to you and it’s important to them.”

The food service employees, along with district custodians and bus drivers, belong to the American Federation of State, County and Municipal Employees union. In April, Conway voters overwhelmingly approved a new three-year contract. The contract is not affected by the non-renewal of the employees but does represent financial savings in terms of salaries and benefits. A small handful of the 12 employees received health insurance from the district.

Lyons told the district that once it goes down the path of privatization it probably cannot turn back.

“I think you are making a bad decision,” he said. “Getting out of it, you’re getting out of it for good. The companies will come in and replace your equipment. They’ll make it so it’s economically unhealthy for you to (switch back).”

Lyons said the employees were put in a no-win situation.

“What they had was a food service director (Brain Coffey) who was not renewed, and I would argue deficient policies that conflicted and competed with vending machines,” he said. “They were all at a disadvantage on a slippery slope. We have now slid down the hill to where we are today. I think that’s disappointing, disheartening, these are employees.

"Again, you talk highly about treating them fairly. The problem is they're no longer going to be your employees. ... You’re giving away your employees to a private company. So you won’t have the control."

Lyons suggested maintaining the employees and hiring a person as just the manager of the food service.

“You can privatize just the manager for the position,” he said. “That also comes with a luxury and that luxury is to purchase your food through the same provider that you are talking about."

“What are you saving?” Lyons asked. “It was suggested $200,000, I respectfully disagree. It would be $100,000, and that’s not a guarantee of every year. I believe that was projected cost savings. I don’t believe it was a guarantee."

By only going with a private manager, “you gain a lot of value and a lot of effort, resources and dollars through that,” Lyons argued. “When you have a district not having policies in place, that makes it difficult as you talk about the numbers decreasing.

"At the high school, they’re competing with another program (Mineral Spring Cafe, run by culinary students), and vending machines. If anyone is surprised by this, we would like to talk to you about that because that’s the reality.

"The fact of the matter is you literally had a competing entity within the district. That’s difficult, and I guarantee the private sector unit coming in will say we need to curtail that or they’re going to try to get money off of that. The fact of the matter is that we’re going down a road that doesn’t treat from your community the way I really think you want to," Lyons said.

Lyons said he guaranteed Fresh Picks could assist the school board with an RFP for just a private manager to oversee the district.

“These are people that you know in the school, they are recognized. These other employees may not be," he said.

"You’re going to have this outside entity that is going to be controlling your hiring and firing of employees within your school district. That’s a problem.”

Hounsell on Tuesday said he would be willing to look at the private manager option.

“I am open to that,” he said by phone but said there could be possible complications with creating an RFP for such a position.

He added: “This is just a one-year contract. If it doesn’t work out, I have no problem showing anyone the door. If it’s not good for our (former) employees, I’m not going to sign off on it.”

Asked what option the board would have if it doesn’t go the private route with the recent staff terminations, Hounsell said, “I don’t know. If we take away the only option we have on the table, it’ll be embarrassing.”

Tele-Talk: Do you think the school district should privatize its food service?

After three consecutive years of Conway School District’s food service program operating at $200,000 yearly losses and having budgeting for an…